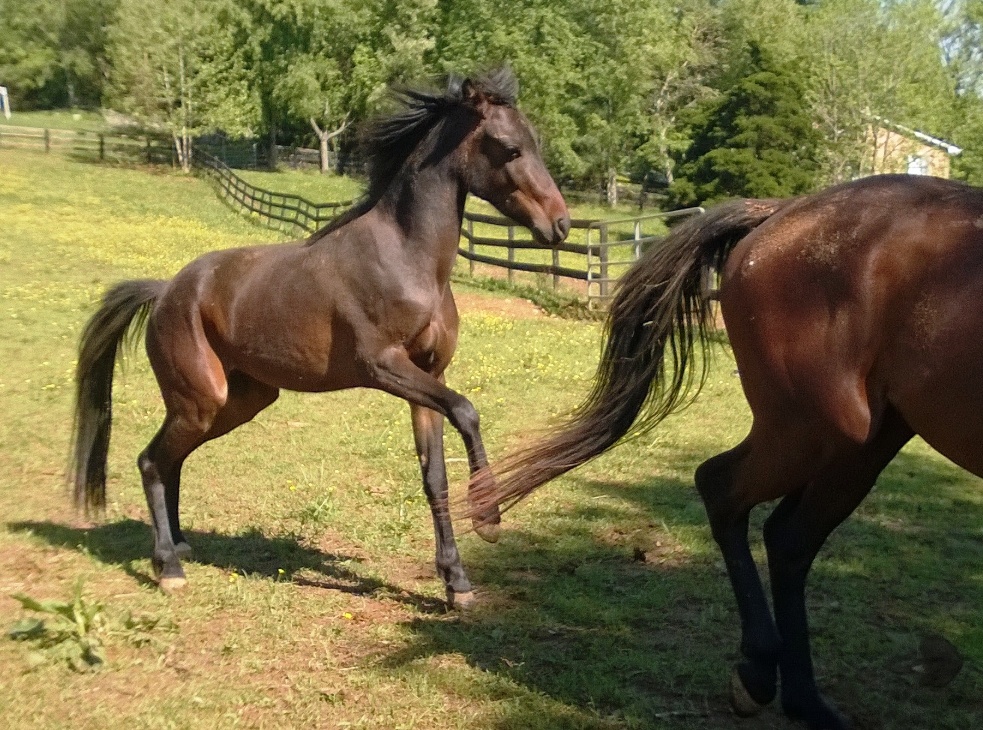 I don’t actually have any children. But owning horses is how I imagine toddlers would be. I was out there, prepping the horses for a cold night, while contemplating this..

1. They rarely show gratitude. Movies have been lying to you. Horses don’t really yell, and call out, or really make many noises at all. They do occasionally make noises though. Sometimes Vintage will nicker at me, but only on occasion when she thinks I’m walking down to feed her. It’s less of a “Mommy! I love you!” and more of a “Food is coming to me! I love food!”

I know this because I have to walk through the pasture to get to the barn, and after the initial nicker, they will basically ignore me while rushing to the barn, and then stand impatiently at it, shooting me dirty looks for making them have to wait. How dare I walk there with my two stubby legs. Can’t I see they are hungry??

2. Reoccurring theme of impatience. I don’t know how many times I’ve seen in books or in some motivational quote about the patience of horses. I must have the wrong type of horses, because mine aren’t that patient. They all have their own ways of expressing it, but they get annoyed pretty fast, and then they have to tell me so I know. Vintage likes to kick doors, usually a door she wishes to go through. So while I’m walking down to the barn, she kicks the barn door for me to let her in. When she is in the stall, and she’s done eating, she kicks the stall door. I call to her, tell her I hear her, I’ll be over in a minute and she’ll stop. But then she’ll start back up, because obviously I must not have heard her since she’s still in her stall.

It quickly becomes common to scream like a banshee at your horses, the shriller and louder, the more effective.

3. I’m afraid of bad influences. My pony, Pony Man, is just a baby. And here he is hanging out with Vintage, the bad influence. Watching her kick the doors, now he likes to kick the door, too. Today, I witnessed him paw at the fence, something he’s never done, and Vintage frequently does, probably because the three board reinforced with square wires provides a very satisfying clang. But I don’t care about her reason, my poor innocent baby is going to end a little rotten child, and it’s all thanks to those other children. I tell him to stay away from that creature, but he thinks she’s cool or something, and continues to imitate her, even though she’s mean to him.

4. They don’t want to put on their clothes for whatever reason. Like I said, it’s going to be cold tonight, so I put on Berry’s blanket. The other horses were already out of the barn and it was just me and her. Why can’t she go out too? Moooooommm, it’s not fair! I’m pulling on the neck piece and she turns and bangs me on the head with her head. I shrill like a banshee and slap her. She cowers and looks sad. I immediately feel like the bad guy.

Her next strategy is to bite the wall and hang on. Moooooom, let me out! She checks to see if I’m watching her. She bites the wall again. Mooooooooooom! Don’t I know that she was recently feeling sick, and now I’m forcing her to stand in a stall while I attach clothes to her? Life is so awful.

The poor animals sleep 15 hours a day, can you imagine a harder life?

5. They get into places they shouldn’t be. The pony is the best at this, probably because it’s easy to get into small places when you yourself are small.

Twice a day, I get hay out of the shed and put it out for them. Sometimes, they decide I’m too slow at this (see 2), and will decide just to wedge themselves in the door and get their own hay. I don’t want them in the hay storage, because the hay sits on top of pallets and they could get their feet stuck. Also, there’s farm equipment, including sharp looking implements, and there’s no space for them to turn around. So if they decide to wedge themselves through the door, I have to back them up out of the door, which they are not all that thrilled to do, because hay. It’s right there, and the puny human is trying to tell me to go outside and wait for it. Pony likes to pretend he doesn’t know what back up means. What’s that? Go sideways? Wedge myself between the hay and the wall? Well, if you insist! Oh, looks like I’m stuck now, I’ll just stand here and eat hay, you go get help!

6. They have no respect for their food. Speaking of hay, you think that since they like it so much, they’d treat it carefully, like a precious commodity, you know, like food. But,  you’d be wrong, because what they really like to do is stomp it into the ground, poop and pee all over it, and then also sleep in it, because it’s soft and why not. The reason I have to dole out their hay twice a day is because they can’t be trusted with it. The times I do give them unlimited access to the hay, Vintage decides it’s her precious food, and the other horses must go fend for themselves. 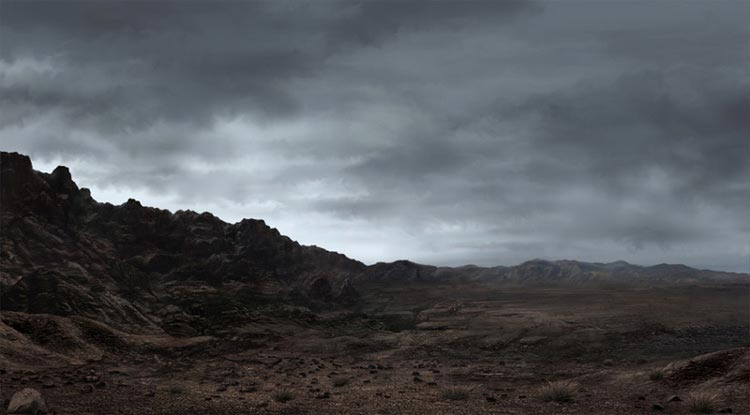 7. They fight like a bunch of children. You may have noticed a reoccurring theme here, and that is that Vintage acts like a bit of a witch. This is true. Things Vintage likes to do include biting Pony while he eats his grain (her stall has a window into his), chase the other horses away from any hay, kick other horses while they are laying down, and kick/bite for any random reason she could possibly want, including just being near her. She is the queen of the field, and all much bow before her.

Berry and Pony are both quieter, but Berry will still pick on Pony, because, why not. The only time she puts on her grumpy face is when it’s directed at Pony. She’s taken to chasing him away from the barn when it’s time to eat. I am not really sure why, because this takes a minute, and that means she won’t eat her food for another minute. Plus her and Pony are the the closest thing to being friends, and often I look out there and they are playing together.

So just like human children, they just randomly fight with each other, and sometimes I scream at that to knock it off. They actually can get seriously hurt from each other, so I’d rather they not fight. But other times, I’m just eh. Too much trouble to yell at them. “Knock it off you kids”, I mumble weakly, while shrugging my shoulders.

During happier times, aka summer.

I can sense that once day, I’ll be an awesome parent, with my practiced shrill banshee voice, and alternately my indifference. I feel like these are very important qualities.

Any other horse owners that feel like you’re dealing with 1000 lb toddlers?