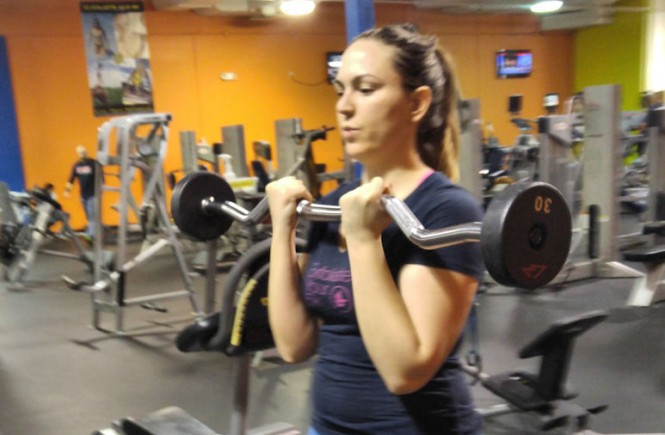 I have now been going to the gym 6 days a week for the past two weeks. There have been some moments I didn’t want to go, but it is feeling nicely incorporated into my daily routine now. A few times I made Dave take some pictures of me, which I assembled into this collage! 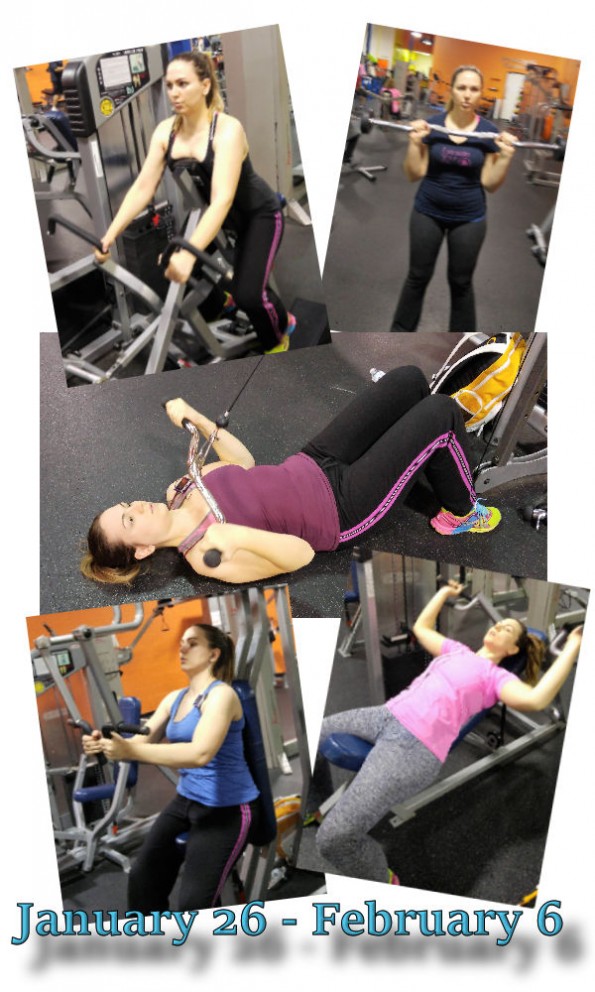 I forced myself to make gym visits a required part of my day. At first, for about 5 days, it was easy. I was super excited about working out, and it was extremely easy to get pumped up on the way home, thinking about spending some time at the gym. But then my attention started to drift away. I wasn’t pumped, it was just, “I guess I’ll be going to the gym today,” as I drove home, even though what I really wanted was to veg out on the couch with a glass of wine.

When the first weekend came, I was thinking about all the things I needed to do, and I did end up skipping out on Saturday. I reasoned that I needed a day off from working out. But Sunday, even though I just wanted to relax at home, I got up and went.

The next week, it just felt like something to check off my list of things to do. Dave would ask me if I was going to the gym every night, and I would always say yes, even though I wasn’t really feeling it, and was only a moments thought away from saying no. But then I would go. There was a little feeling inside of me that I couldn’t stop, I had to keep going.

One day, Dave decided not to go. I debated not going too, but it felt like if I stopped going, even for just one day, I’d lose my momentum and just putter out. So I went anyway, alone. Even though I’d been going all the previous week, it was still slightly intimidating when I walked into the gym all by myself. I went about my routine, starting on the treadmill to warm up, and then went into the weight lifting area. It felt weird to be the only female there, surrounded by body building men, but mainly because they were all fit, and I am not at all. I wasn’t sure what to do without Dave there, and didn’t know where specific machines were, so I just kind of wandered aimlessly, trying not to make eye contact with anyone.

I sometimes feel like other people are judging me when I’m there. They are usually super fit and attractive, while I’m just pudgy/doughy Courtney. But I every time I start to think like that, I remind myself we are all there for the same reason. In my experience years ago, I’ve never felt unwelcome at the gym, and I have no reason not to feel unwelcome now. It’s just my own insecurity telling me others are judging me. I know that I don’t give much thought to others people there, so I doubt they pay much attention to me.

The following Saturday, we were tested when a friend showed up unexpectedly to spend the weekend. It would have been easy then to say that we needed to stay home to entertain him, but despite his initial protests, we left him at the house and went anyway.

Now it feels like there’s no possible way I could take a day off. I don’t have the burning excitement in me, but it’s something that has to be done, everyday, just like I need to feed my dogs. It’s just not right if it doesn’t happen.

The only downside to all of this: I am still at 173 lbs, my starting weight. What the heck, universe?!

The Before (and the after…?)

Dave says I look smaller, so he thinks that I’ve had fat converted to muscle. I hope he’s right, because it’s very frustrating to have no measurable progress. I’m going to be changing up my routine this week to add in more cardio and hopefully that will speed things along.

I am pretty proud of myself for one accomplishment: I jogged an entire mile. I couldn’t even do that in highschool! Normally, I am a walking person. The thought of moving faster than that pace was shudder worthy. But the issue came up that Dave doesn’t spend nearly as much time warming up as I do. He likes to do about 15 minutes on the bike and then start weight lifting. I would usually spend about 25-30 minutes on the treadmill, but by doing that, I would end up missing many weight exercises that Dave was doing. I had to speed it up to keep up with him, and that’s why I started jogging. And I was shocked to find it wasn’t so hard to job. At first, I could only do 1 minute. Then I could do 2. It just kept building until I managed to do the whole mile, at a very slow jog. But for me, that’s huge. I’m going to keep it up, and I think this year it’s realistic to having doing a whole 5k at a jog as a goal!

But even saying that, as I think now that I need to get up and go jog, I’m reluctant. I could just sit here, and type some more, or have a cup of coffee, or surf the internet… those things are so easy. And getting up from my comfortable chair is so hard. Since I haven’t moved yet, I can’t guarantee that I will do it. But I do have the little voice inside of me that says I need to get up and start moving. I just have to follow through.

I’m going to keep track of my exercise routine this week, and I’ll be able to share the exacts next time. Hopefully the scale will have moved a little bit too! 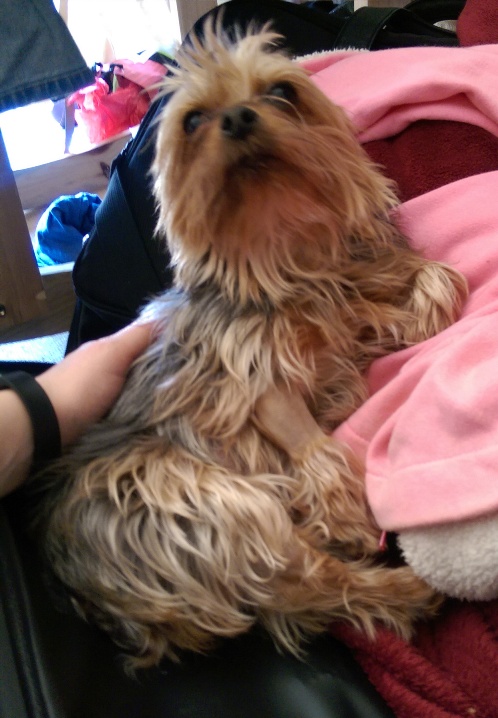