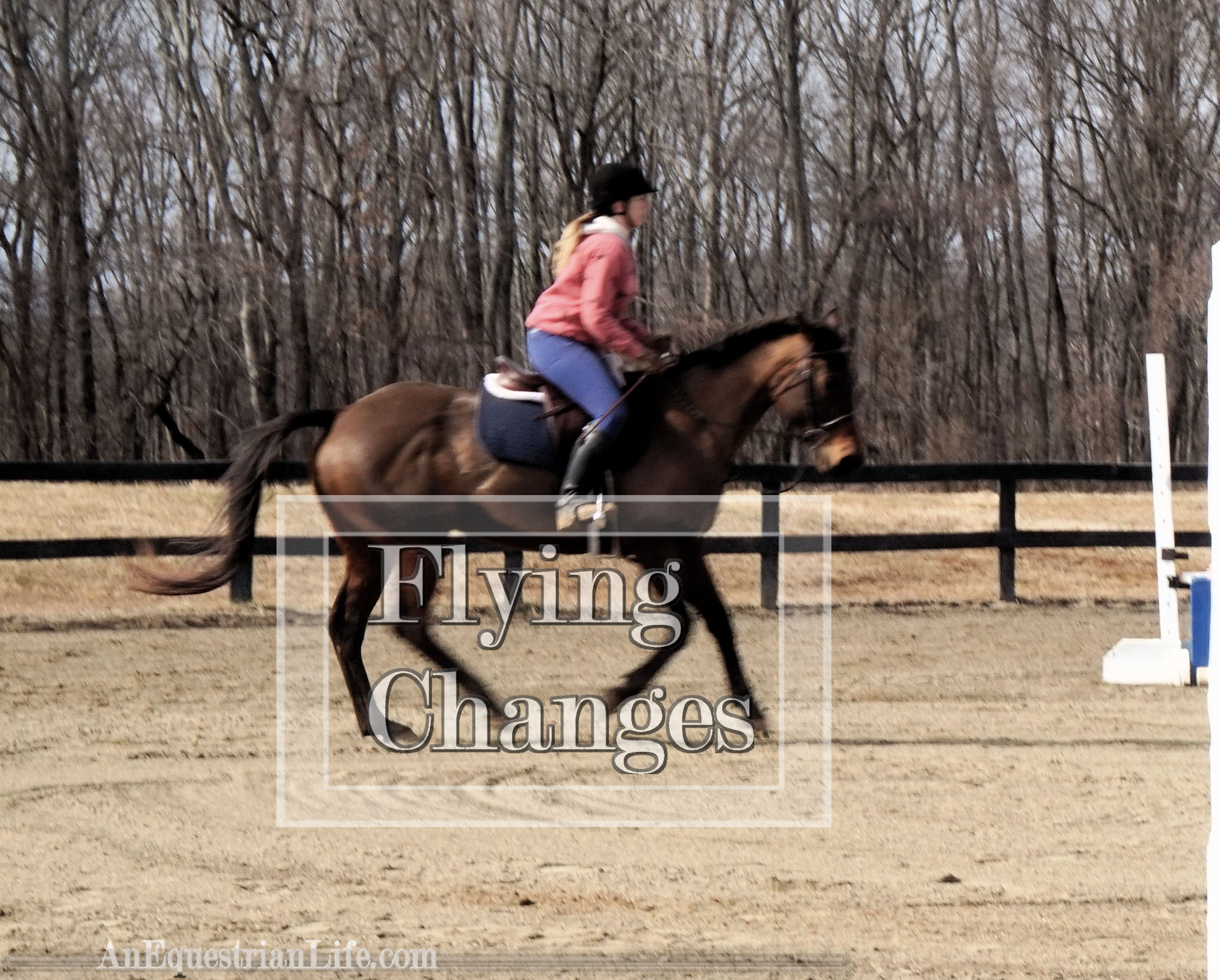 The day has arrived – Berry and I’s lesson focusing on learning our flying changes. Hilariously enough, Berry caught on way faster than I did, and I could sense her irritation at me not getting it right.

We started with cantering a squared off figure eight, preparing for the change going through the center, and then asking over the pole. It sounded simple, but I was such a mess. I’d remember one thing, and forget everything else. Basically, whatever the last thing my trainer said was what I remembered, and then nothing else went through to my brain. 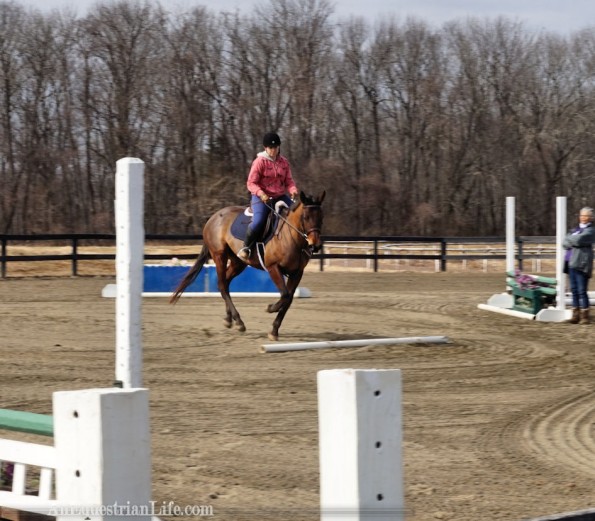 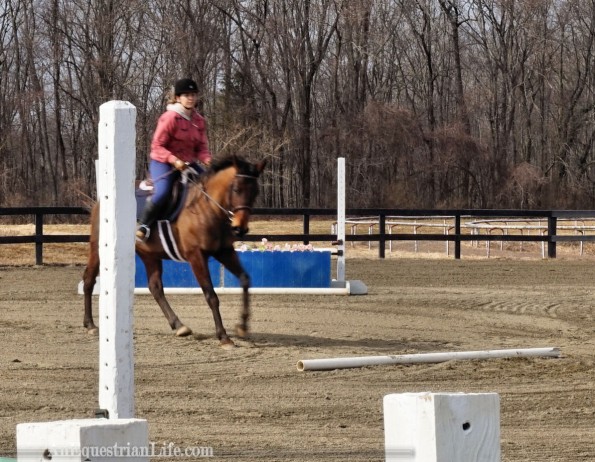 It took a few times, then Berry caught on, and she did it! It was a little bounce, and bam! Flying change was done. I was so excited! Unfortunately after that though, I did not get it again. I was not providing the support needed, and she would just keep on cantering, or do a simple. Since she figured out what to do, a few times, when I was like “ahh! I give up!” after the pole, she just squished up and did a quick simple change. Kind of like “Ugh!! Stupid human! I have to do everything around here!” 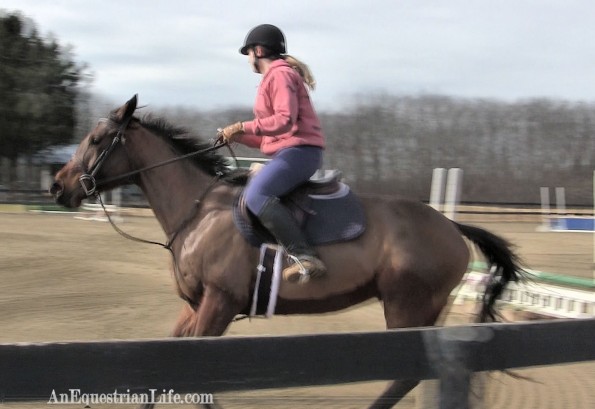 “What are you doing up there?!”

My trainer doesn’t want to overschool her on the change though, so we didn’t dwell on it. We moved on to a single across the diaganal, with the setting up for the change during and after the jump. The good news is that most of the time she landed on the right lead, and I was so distracted by working for the change that I forgot to be scared of my nemesis, the green flowerbox jump. 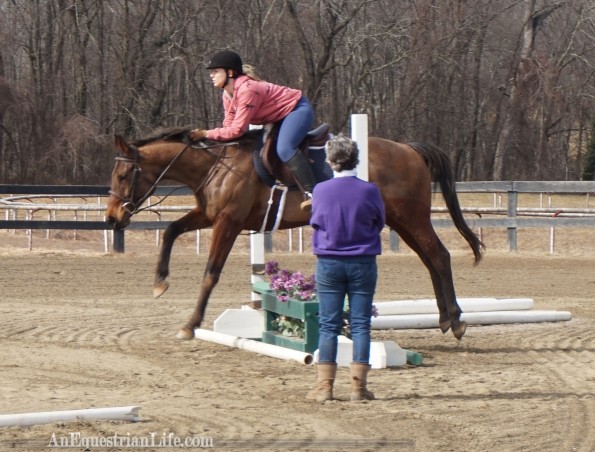 So… we meet again.

So there was no refusal, or even consideration of refusing the jump. I suppose I’ll have to wait for it to also have brush to see if have finally beaten the battle against this thing. Although I know what our next nemesis will be – the blue solid boxes in the first pictures. She dropped the top pole off it when the lesson started, and my heart skipped a beat. But our battle will not be fought yet…

I didn’t get any flying changes after the jump. Instead I just ended up with a pissed off Berry, as I shoved her sideways. 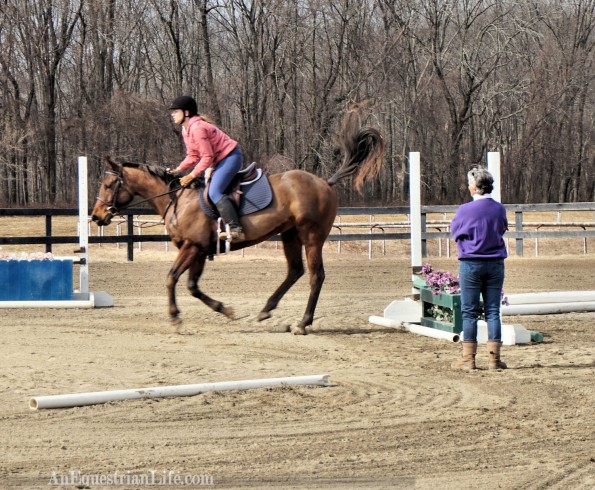 That’s max tail flicking! (also, she looks bizarrely proportioned here. Like her back legs are a foot too long.)

I’m pretty pleased with our jumping though! 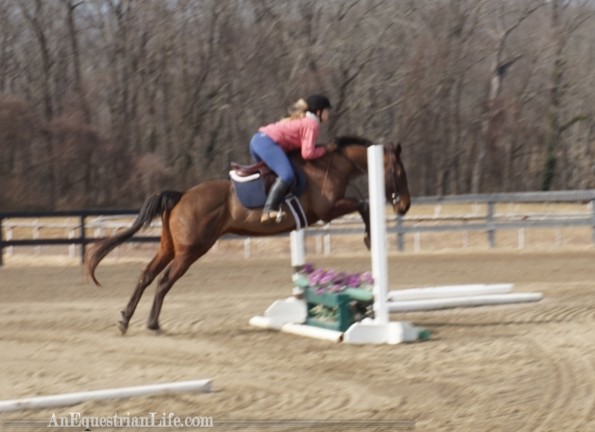 We just need to work on the afterward. 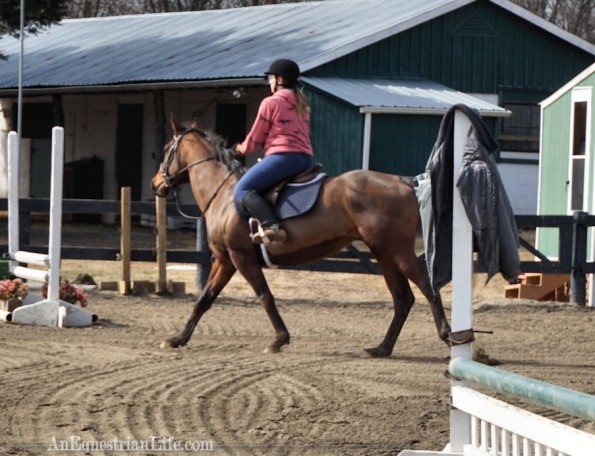 The times I wasn’t on the correct lead, I got to circle until she thought about doing the flying change. 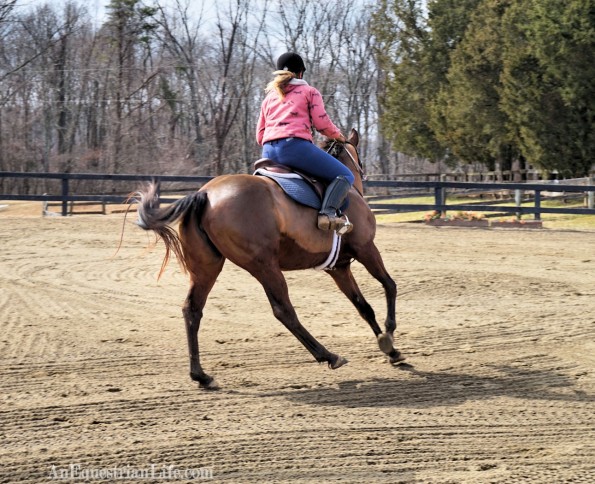 We will get there eventually!