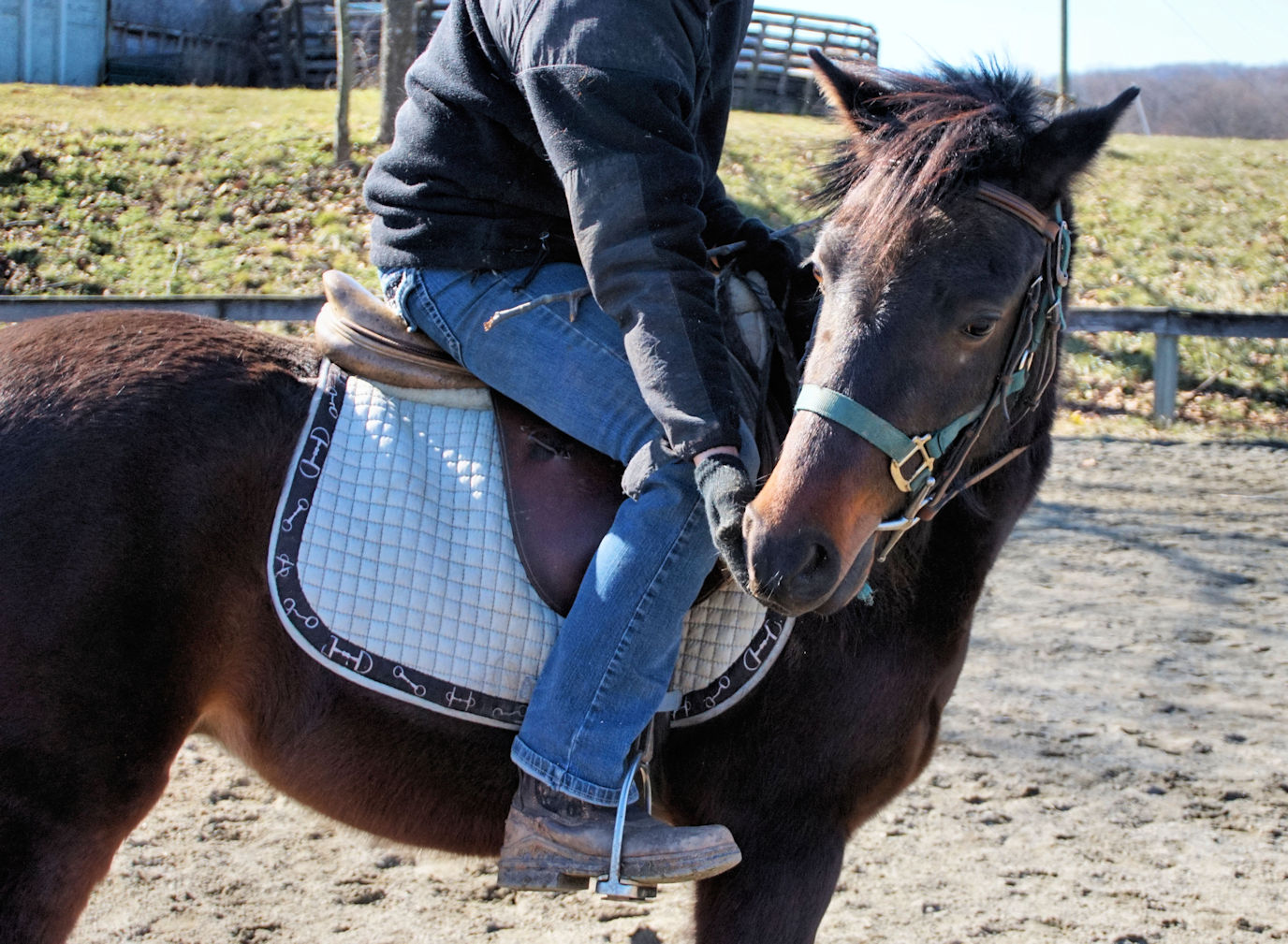 I went to visit Pony again, and he is doing amazing. He’s even seemed to recognize me! 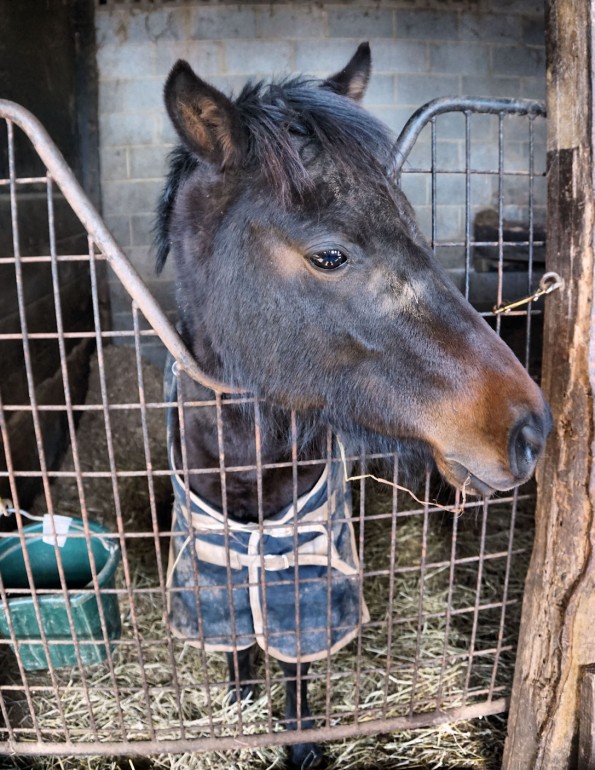 I gave him lots of scratches and he seemed happy enough to see me, even if I did not have treats. He is now undersaddle, with his former feral life only a distant memory. Trainer Sarah brought him down to the arena for a spin, and it was his first time being ridden alone down there. He seemed a little taken back at being alone, and was a bit looky at first. When Sarah first mounted, he took a few side steps, but he was reminded he needs to stand still. Then the trotting commenced. And the squeals of cuteness. 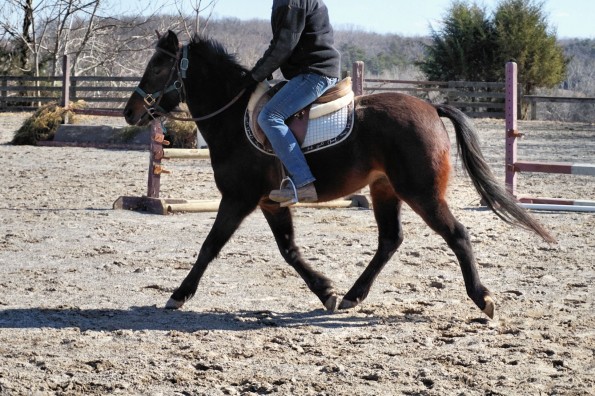 There were even a few moments where he lowered his head and looked even cuter! Unfortunately my dumb fingers couldn’t keep up though, so I did not get a photo of that. He trotted by the open arena gate, and although a few times he considered the possibility of leaving, he did not put much effort into it. Sarah reminded him what he was supposed to be doing, and he continued on. His bravery was demonstrated by walking across the tarp. When pointed at it, he calmly strolled right across it. 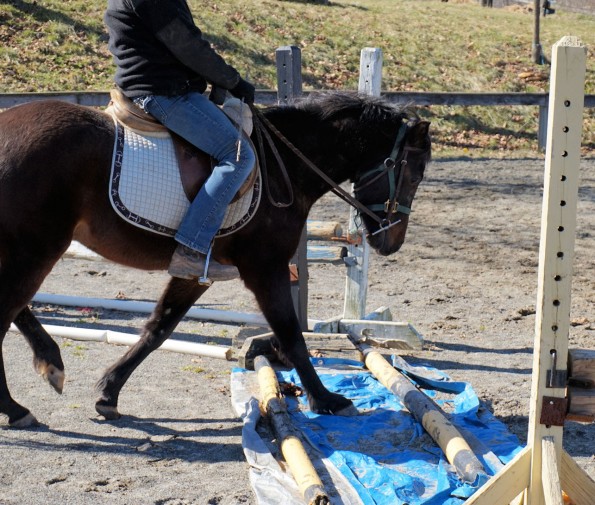 Overall, he seemed like a super happy pony. He enjoys attention, and seemed to enjoy being ridden. He especially enjoyed being fed lots of treats for being such a good boy. 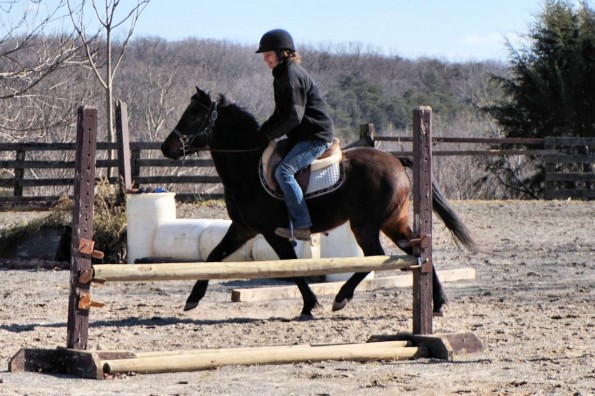 Pony, pleased with himself, struts his stuff

He seemed truly proud of himself for being a good pony. Rightfully so, in my opinion! Sarah said he hadn’t bucked, certainly hasn’t reared, and other than being a little spooky, has overall has been a good pony. Although he is reluctant to canter under saddle. I’m guessing he doesn’t quite understand that it is possible for him to canter with someone riding him.

He is seriously so cute! I can’t get over my own pony. Sarah even said he has such a good temperament, that Dave would eventually be able to ride him. Granted, Dave can also muscle Pony completely to the ground if Pony didn’t do what he asked, but it’s good to know Pony could eventually be ridden by beginners. I’m excited at his progress, and I can’t wait for more! Hopefully I’ll be riding him soon, although not too soon, because I’d crush him right now. But pretty soon!