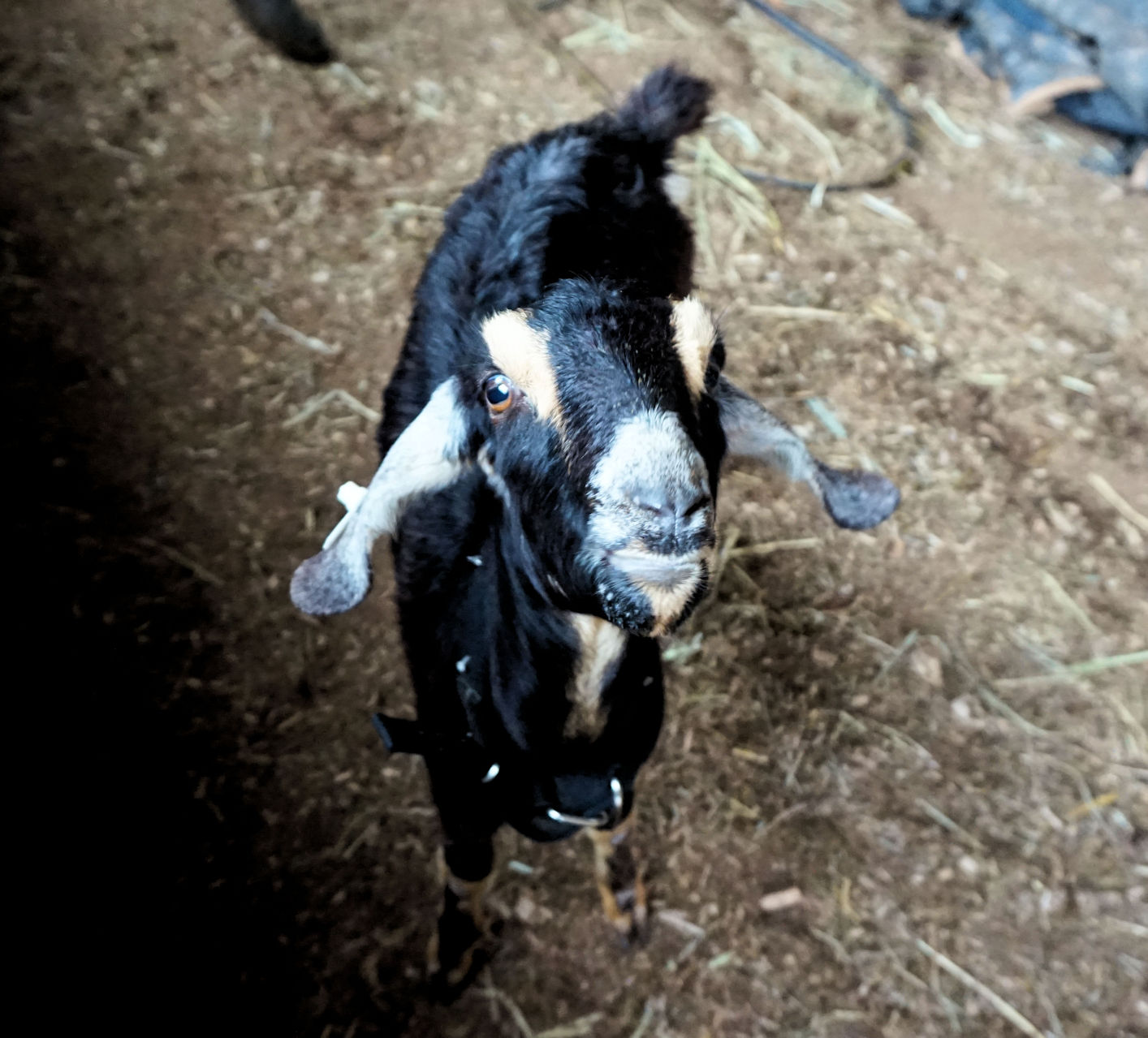 I did not expect this, but Dave has found true love in the form of a goat. 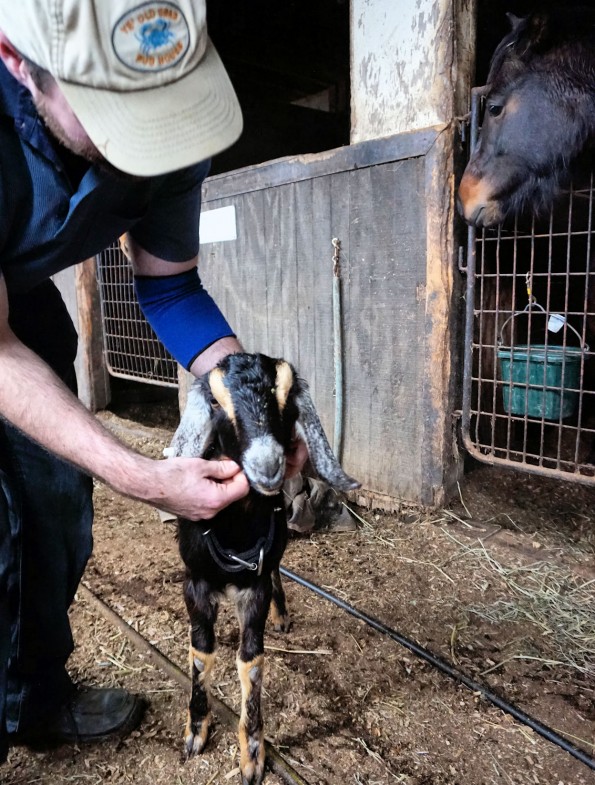 The goat was super awesome. Apparently it was bottle fed, which makes it super friendly. It acted more like a dog than any goat I’ve ever been around (granted, I haven’t been around many/any). 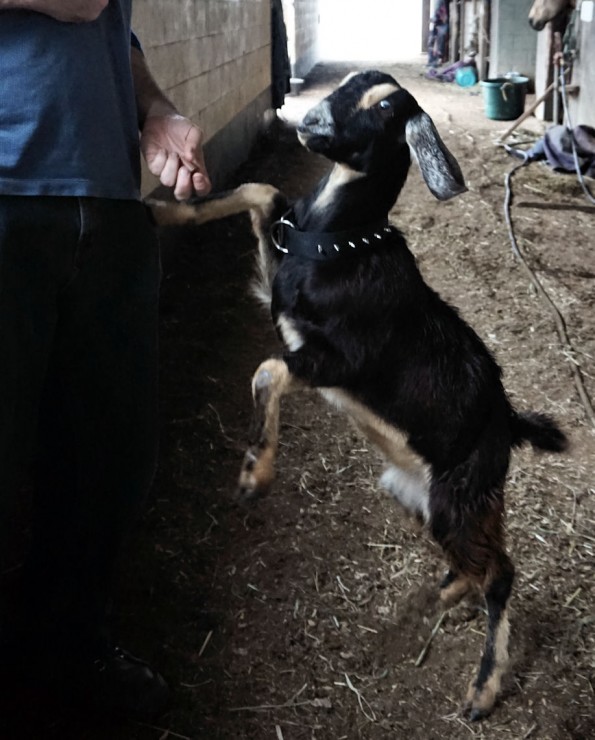 Dave wanted to just take home this one, but he was not for sale. At least I assume he wasn’t, since he was a recent acquisition by his owner, and she said she’d been searching for a while for one like him. She probably wouldn’t want to give him up immediately.

We went to visit Pony, and his new companion was wandering the barn.  I also did not know that goats could wander freely, I just assumed they were penned up all the time by people desperate to keep their goat from getting on the roof of the house. But this guy was happily wandering, clearly no thoughts of leaving his new home, and was excited to see us come in. He worked his magic on Dave, and Dave was charmed. We have to get a goat now. A bottle fed, friendly goat.

But on the other side, there was someone who was very not charmed. 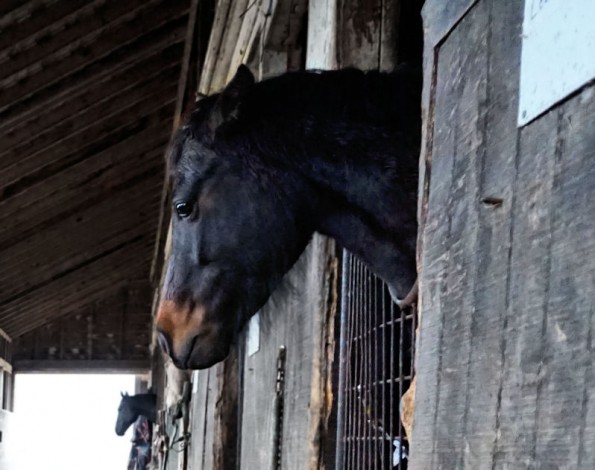 We were visiting with Pony when he first appeared, and Pony immediately showed his disdain for the goat, by pinning his ears back and doing a head toss. Nothing would normally get between a man and his pony, and Dave was petting and giving him scratches, but when the goat appeared, and we both diverted to meet the goat. And then our attentions changed completely to the goat. Pony Man got more and more upset, banging on his door and tossing his head. He kept reaching out to try to bite the goat if he got close enough. 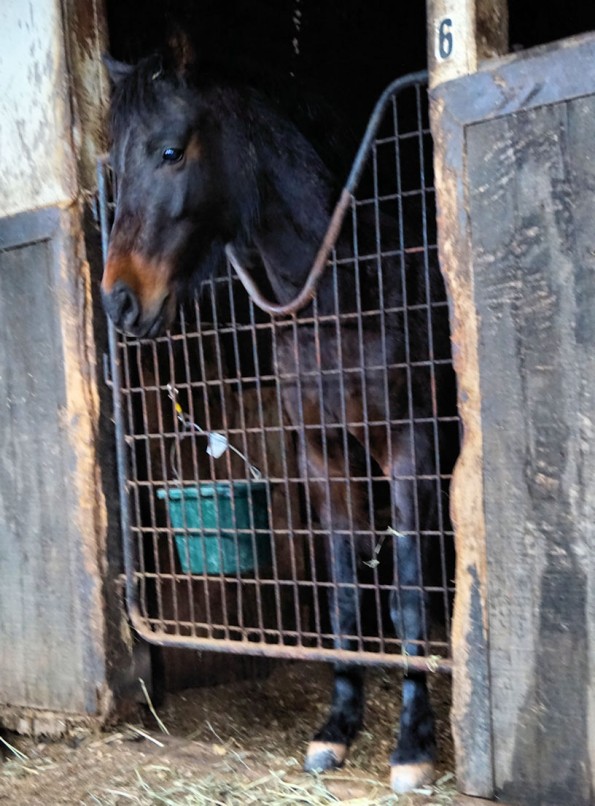 “Aren’t I cute enough for everyone to enjoy!?”

It was torture to the poor pony, watching another creature get affection in front of his stall while he got nothing. 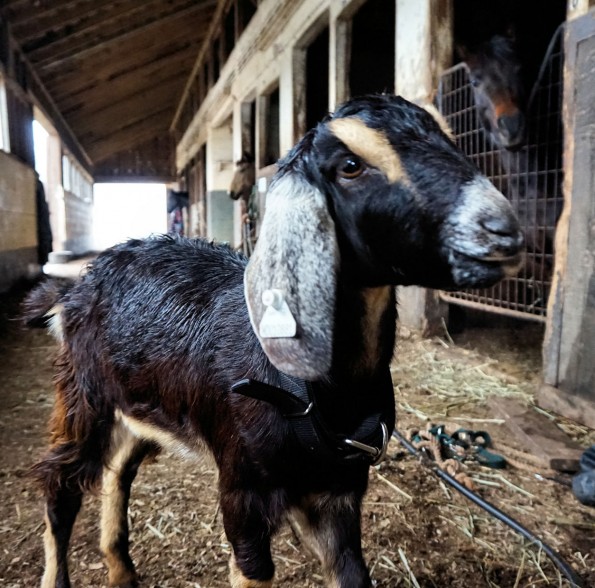 A happy goat, and an angry Pony

Dave wandered around the barn with him for a while. When Dave finally went into the tack room, the goat stood outside watching the door, bleeting occasionally. He clearly wanted his companion back. Dave mentioned that he thought the goat was attached to him, but when he saw him with his owner, it was clear were his affections lay. He loved his owner.

The only negative thing he did was headbutt a pregnant dog. That’s just rude to do to anyone pregnant.

Now I need to look up how to care for a goat, because I know absolutely nothing about goats. My family had sheep when I was growing up, but I don’t really remember how to take care of them, except they eat grass, and are cute and cuddly. I’ve never thought of goats as cute or cuddly, until now. I always thought they were kind of creepy. I get it now though. They are pretty cute!

I think I need a stronger fences, as I’m pretty sure they could slip right through 3-board. Probably some kind of pen to live in. A little house…

We did decide he would live down at the barn. The chickens live up at the house, in a coop with a run, and a fenced in yard outside that, and there would be plenty of room for a goat house and run. But I would like to keep the minimal amount of landscaping I did as I am a bit attached to it. So no goat residences are allowed. Although my understanding is that controlling their movement can be tough, so I suppose it’s possible he will end up there anyway, especially if he ends up like this one, who clearly wants to be around humans.

Also there’s a small issue of Vintage hating small creatures. She used to chase the sheep. But this could be good for her to have it as a companion when I go to lessons/shows. Assuming she doesn’t eat it while I’m gone.

I can only imagine how upset poor Pony will be when he comes back home, and thinks he’s finally away from that goat, only to find another at his home. Teehee.