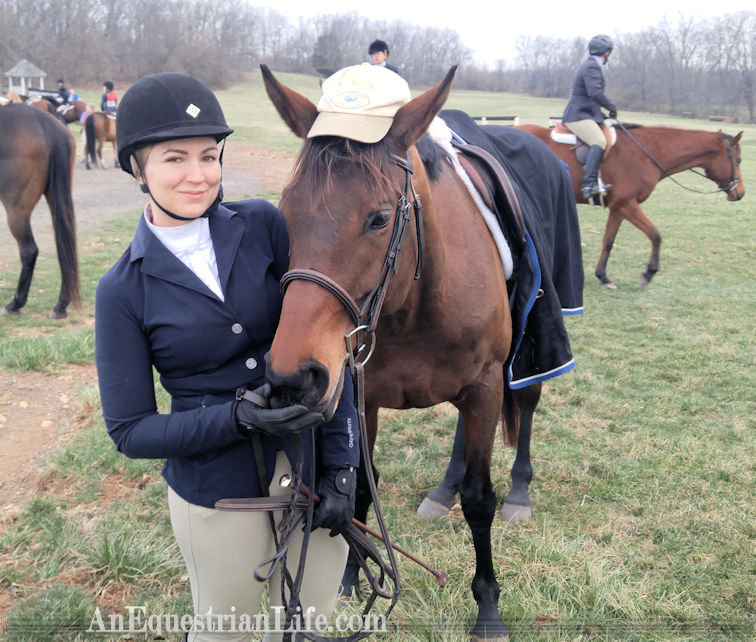 I kept my head, and didn’t let my nervousness get to me. I call that a success!

My trainer went up the night before with her horses/ponies/kids and everyone spent the night there. 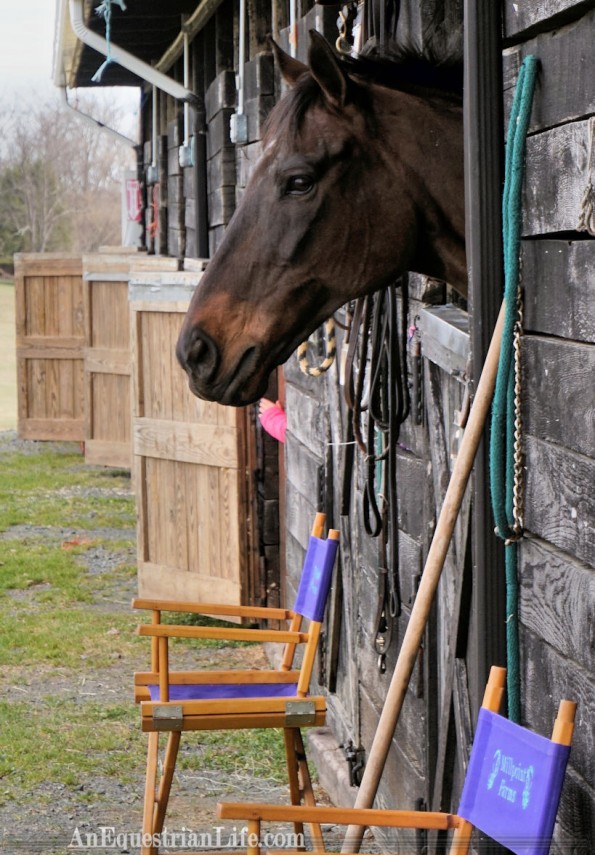 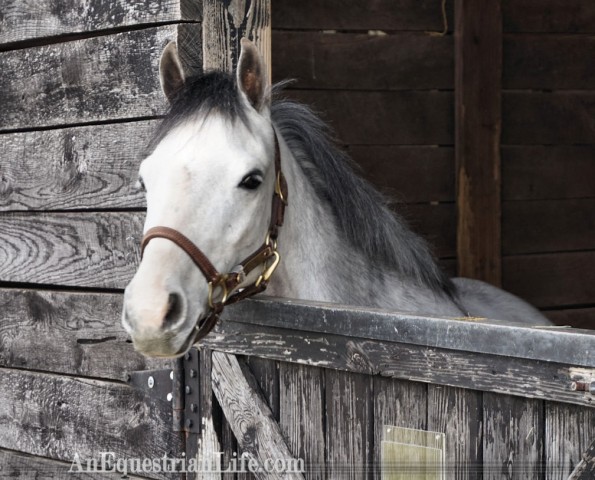 We helped the organizer set up the course, and I am impressed by her collection of jumps. I intended to get a picture of the fancy pants jumps, but I was too busy carrying around the jumps. Oh, the irony. 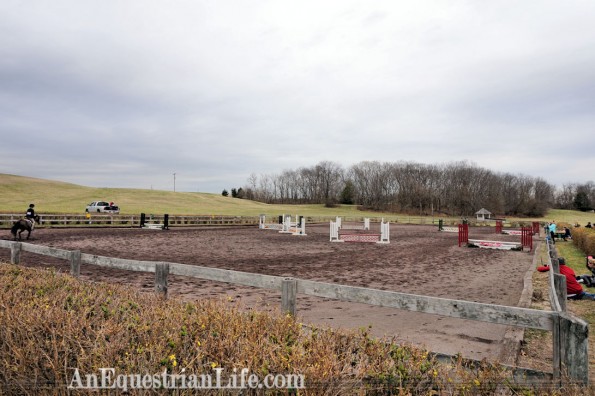 Same picture from the other post… sorry I didn’t get very many!

I schooled Berry there, which was definitely helpful. She was jumping out of her pants at everything, from the hedge, to the cross country jumps she could barely see. I ended up just cantering her around in circles until she settled. Sadly, this turned out to be required on the day of the show too, as the warm up area was full of terrifying things, like cross country jumps that were 20 feet away, and other horses.

When I first got her there, she was pretty calm though. We watched the pony classes, right next to the warm up area, and Berry happily grazed for 40 minutes. 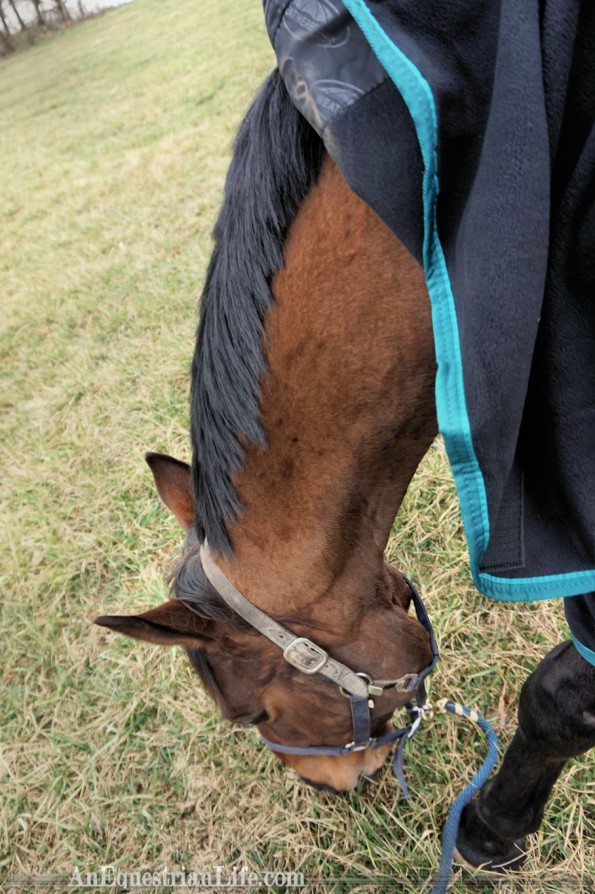 “Nom nom nom, I’m warm, and eating food. What more could I want?”

But apparently once the saddle goes on, it’s a whole different story. She turned into a spooking, bucking bronco three times, once almost running directly into another horse and rider. It’s especially scary when that happens in a big open field, where she could toss me and run for miles, hopefully not with my foot caught in the stirrup. Luckily, this did not happen.

She eventually calmed down, and she was very well behaved when we went in the ring. I forgot the video camera, so Dave just used his phone.

The two courses were mostly uneventful. 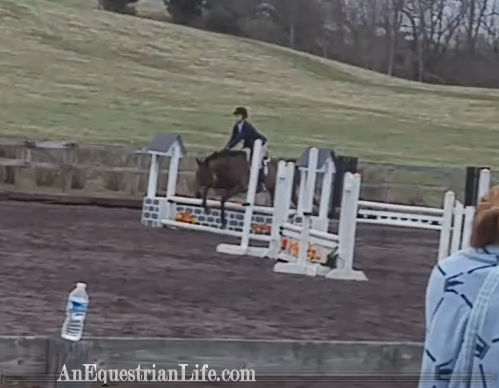 First jump was a little weird, but we recovered.

I still need to work on position, our changes, and our distances. Basically everything. 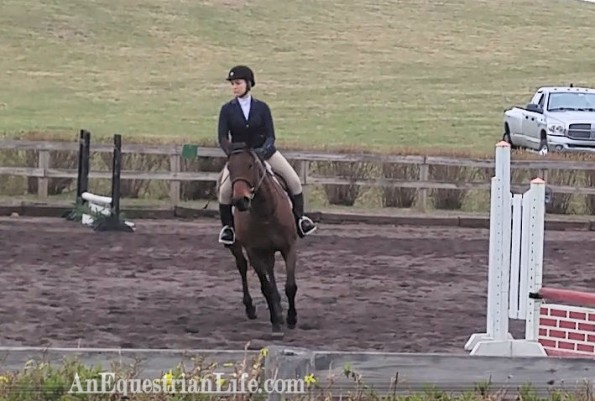 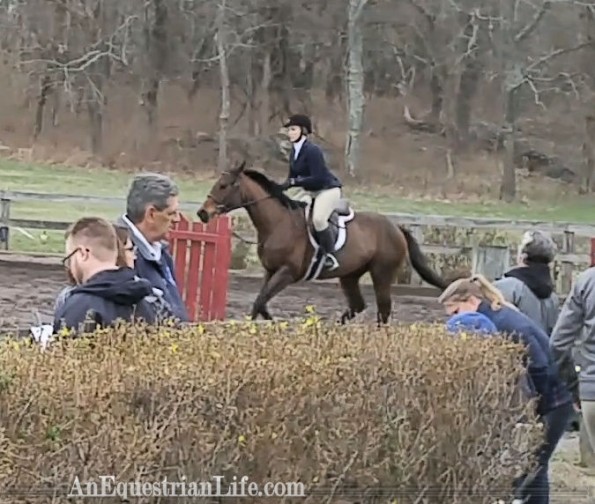 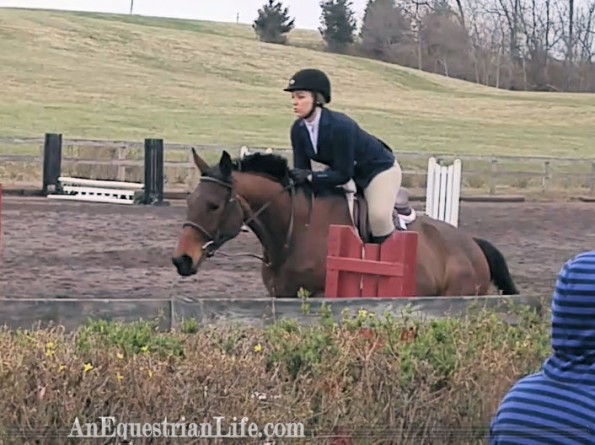 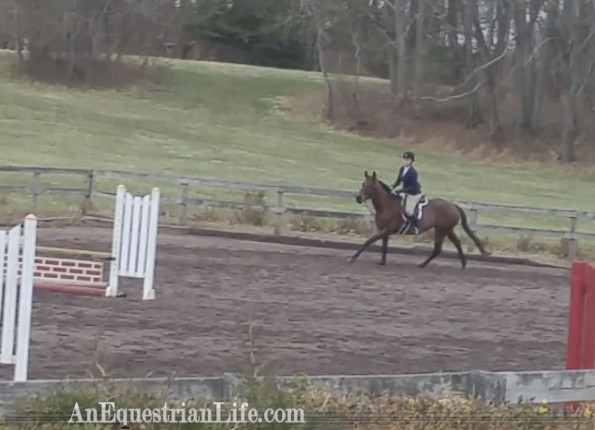 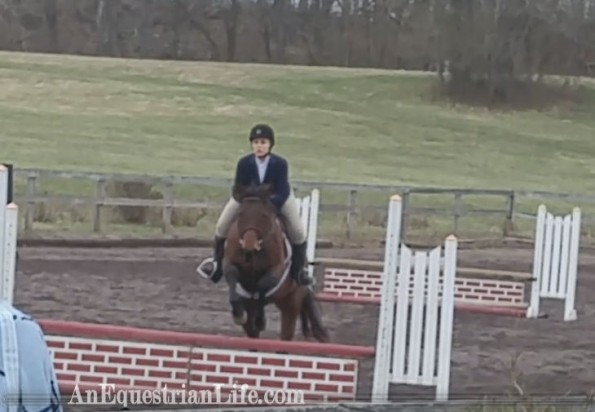 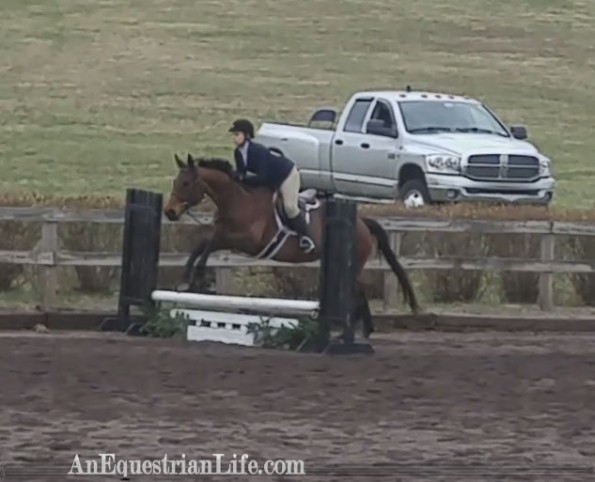 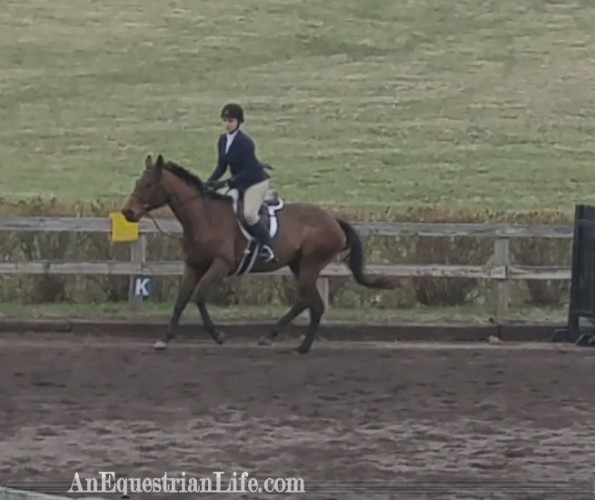 In the under saddle class, Berry was very calm, which was a huge improvement from last time, when she raced around, intent on catching the other horses. In fact, she was a bit too subdued, my trainer said I need to open up her trot a bit more. 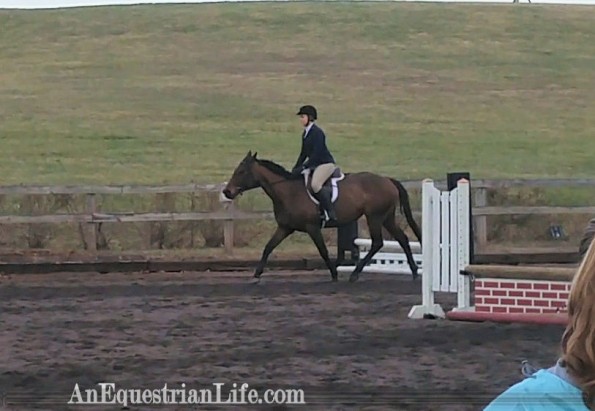 Her ears are back because I was talking to her, telling her how good she is. We had quite the conversation.

The division was pretty big, with at least 15 riders, so I was very pleased with our placings, a 5th in one of the fence classes, and a 5th in the under saddle. I wasn’t a bundle of nerves, and Berry was a good girl. We are starting to get it! 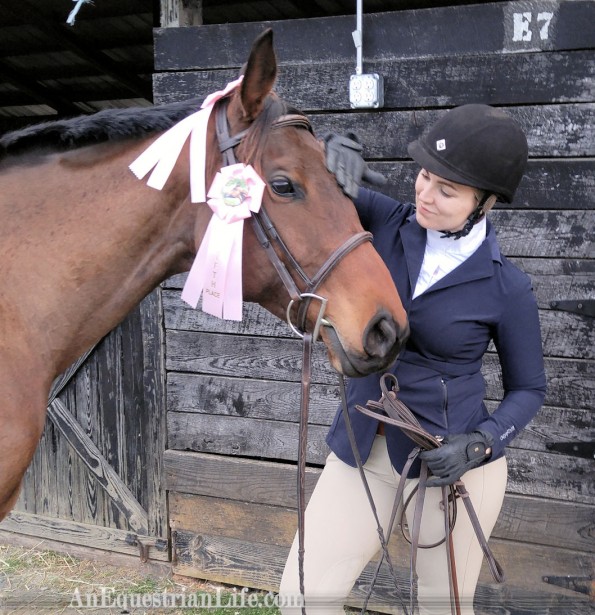 I’m so excited for our next show!