I don’t talk about my yorkies nearly enough. Although, that makes sense because this is a horse blog, and my yorkies do not interact with my horses at all. They co-exist peaceful, showing occasional interest over the fence, but never touching. This is because I am terrified that my tiny dogs will get squashed by horse hooves, and I base that on that very thing happening to a girl I knew.

They are massively a part of my life though, in a way two dogs I spent nearly every waking moment with could be. Sometimes I feel like the conductor of the yorkie train, with them following me everywhere. 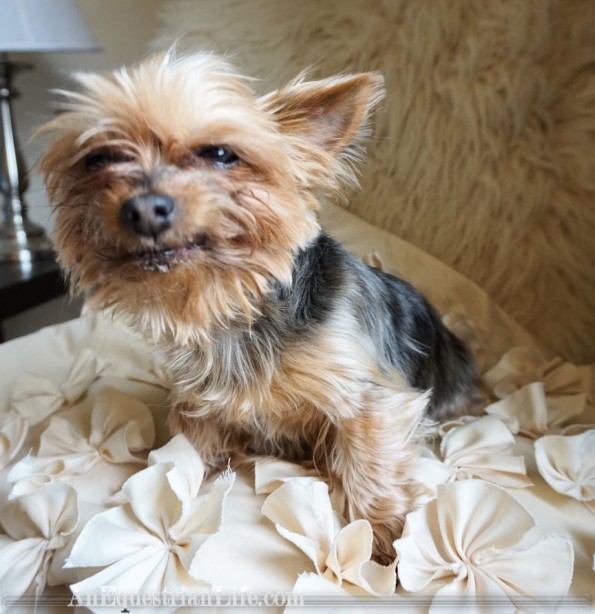 Not an uncommon occurrence, really.

I let them out, and went to sit at my computer, as I usually do, waiting for their request to come back in. A short time later, Paxton scratched at the door. I let him in, and went back to my computer. I sat there another five minutes, waiting for Poffins to scratch, but I didn’t hear it. I don’t like to leave her outside for long, so I got up to go call her in.

I walked into the kitchen, and there she was, literally doing nothing standing there, in the middle of the room, staring at me. 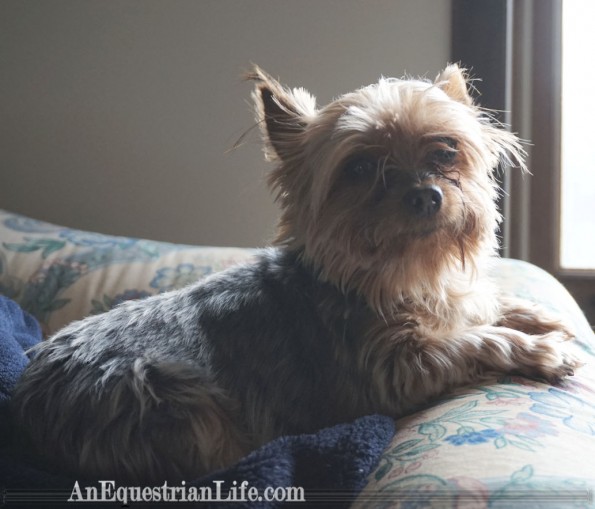 How on earth did she get inside? Did she slip in when I let Paxton in and not notice? Alas, I will never know. Poffins is full of mysteries.

Paxton also did something weird earlier this week. He was fine when I fed him dinner, but then an hour later, he was crying. He had somehow hurt himself. He didn’t want to move, and when he did, his body was curled like a “C”, and he was moving sideways, unable to walk straight. Dave ended up sleeping on the floor with him, to comfort him during the night. 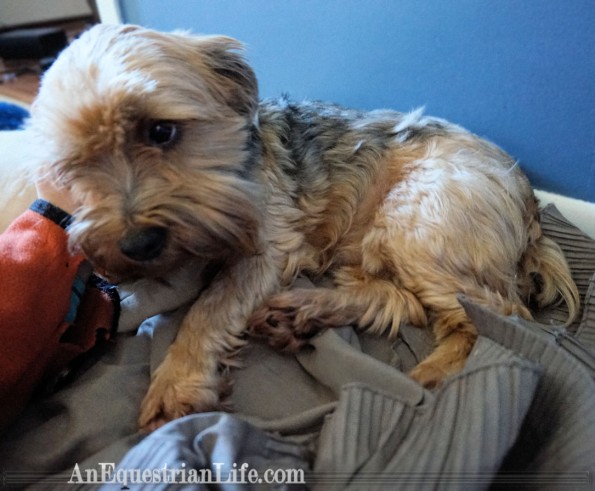 He hurt himself before like this. He likes to do SuperMan jumps off our tall bed, which caused him to hurt his neck. Last time, we took him to the emergency vet, they gave him a shot, and he got lots of rest. He seemed to heal, and everything was fine, until this.

This time, I got him an appointment at the vet the next day. He had showed no improvement overnight and truly was the saddest little dog I’d ever seen, unable to even get up to use the bathroom. He had to be carried. I didn’t want to wait any longer, he needed treatment as soon as possible.

But when I pulled out his leash, he perked up. He became excited, and even trotted out to the car all by himself. It was very odd based on how he’d been acting. Once in the car though, he curled up on my lap and resumed making little cries of pain. Luckily, the vet isn’t far, and he didn’t have to endure sitting there long.

Once we arrived, I placed him down on the ground, and he perked up again. He walked himself into the office, and looked around. When we sat down, he tried to explore a bit, but then gave up and sat under the chair.

Because he’s a bit of a baby, eventually he started crying and wanted me to pick him up. So I held him until we were called back. 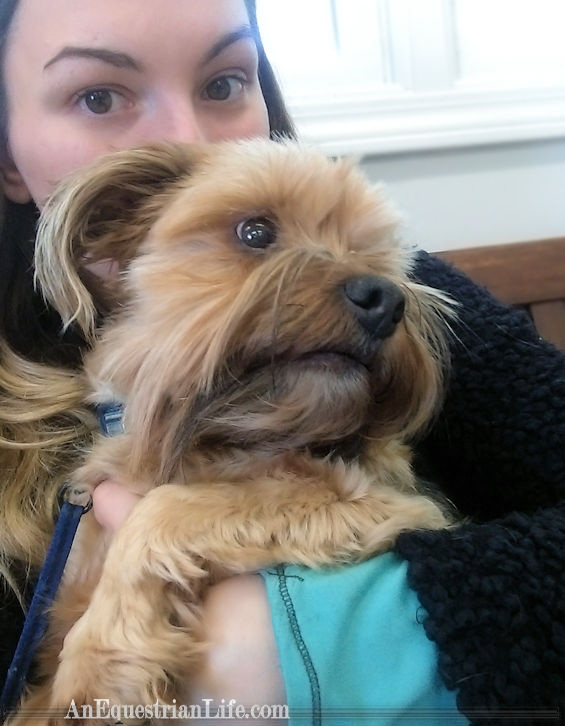 The vet checked him out, but he was no longer showing the symptoms he’d had at home. Just getting up and walking around had somehow made him better. She pulled blood, and was deciding on how we should proceed when I mentioned that he had let out a yelp when I’d scratched his ear a few days ago. He’s prone to ear infections, and usually the vet just gives us medicine every time to take home so we always have it on hand. I was mentioning it because I wanted more ear medicine to take home, but the vet decided to check out his ear, and that’s when she found the likely cause of his pain, a bad ear infection.

At the time, we could only theorize that it was the cause of his pain, but since his ear has been treated, he’s back to the same dog he always is. It was astounding how he went from being unable to move around to 100% recovered in the course of 24 hours. I’ve very glad it was his ear, and not his neck this time!

I still built him a better ramp to get on/off the bed though. We have a bench that used to sit at the foot of the bed, but now it’s on the side where he always jumps off. He can use it as a step up and down. I don’t want to give him a chance to hurt his neck for real next time.

And that’s the latest on my little yorkies. Summary: One is super creepy, and the other one is a big baby (although his ear infection is a good excuse to be one).