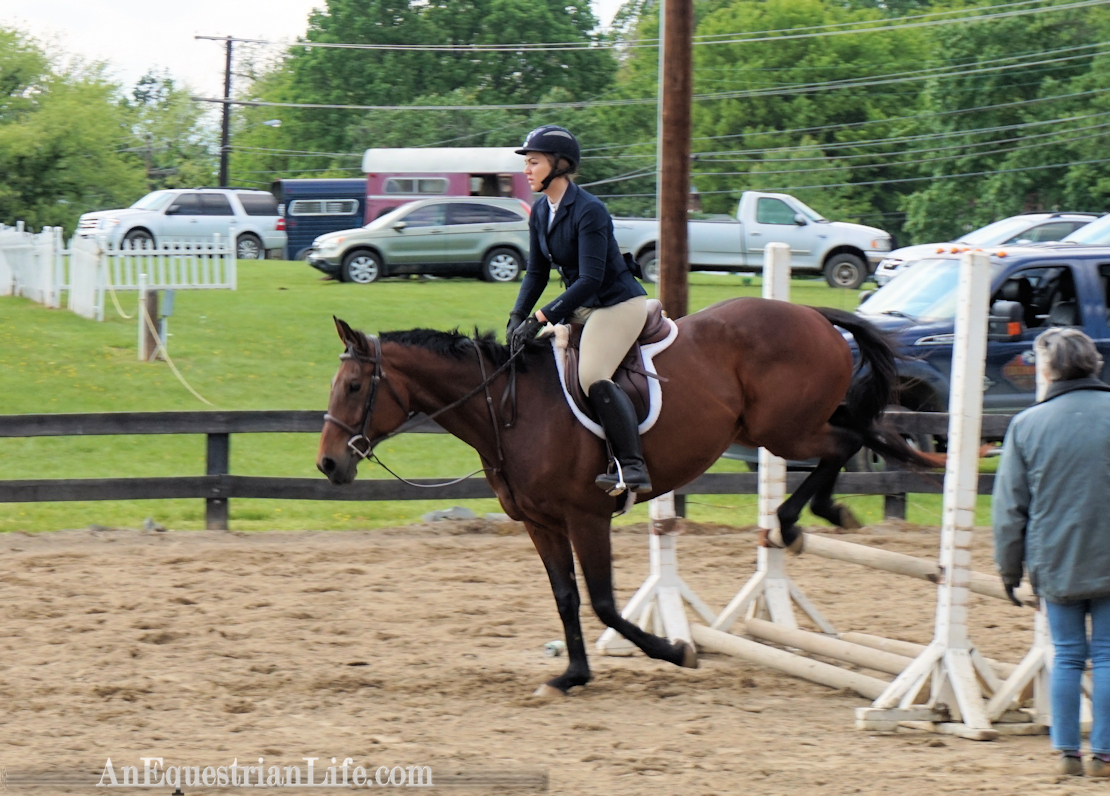 The above picture cracks me up. It just looks so casual, like I’m not even moving, just relaxing – “Oh hey guys, what you are up to? I’m just sitting on this horse here, I’ll probably be finished about noon.”

I feel like I’ll never shut up about these dang lead changes. I still don’t have confirmed changes, although I am getting better. But this time, I have a video of me failing a lead change. My trainer wanted me to fully understand what I was doing wrong, so she took my phone from me, and recorded my sad attempt at a change. My phone takes some very dark images, sorry about the quality.

The exercise was going over a jump, and then change lead over a pole just before the rail. 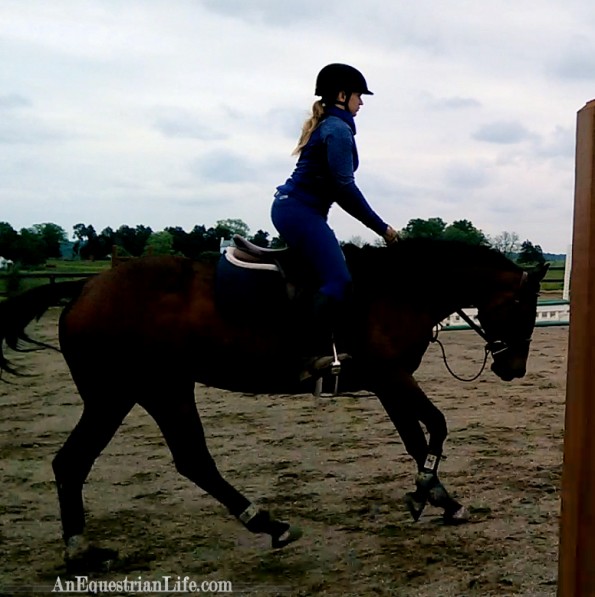 Just landed off a jump, approaching the pole. 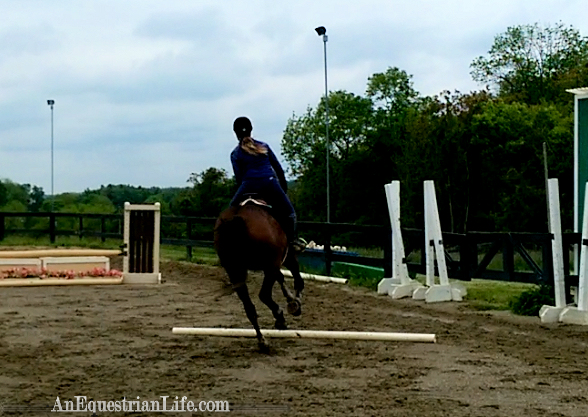 Apparently this is not the way to do a lead change. My trainer showed me, and told me stop leaning in. STOP LEANING IN!! It was repeated a few times.

With that in mind, I stopped leaning in. It was hard to get the body control, but I brought my shoulders back and to the outside. Wouldn’t you know it, Berry did the lead change, both over this pole, and the second jump/pole combo going the other way.

But jeez, I feel like such a jerk asking for the change. It feels like I’m trying to knock her off over. I’m hoping it will be a more subtle movement once we both know what we are doing.

My trainer had me do the little course several times, and I managed to do the changes. Although that really means almost nothing because as of this moment, I feel very unsure of it. I’m kind of hoping this will be one of those times where Berry is way smarter than me, and figures it out so I can just kind of give up. Thanks in advance, Berry, you’re a real team player.

On the very good side of things, all this focus on things other than the jump is making me actually think the jumps really don’t look so big anymore. When my trainer dropped the top pole, I was thinking, well, you didn’t have to do that, I could have jumped it still. So, it’s finally happened. My fear of jumping is just sliding right away. And April 2015 was when I started taking lessons with my trainer, so it took about a year, although I did go a few weeks/months where I skipped out on lessons. I definitely learned I progress much, much faster when I actually stick to my lesson schedule.