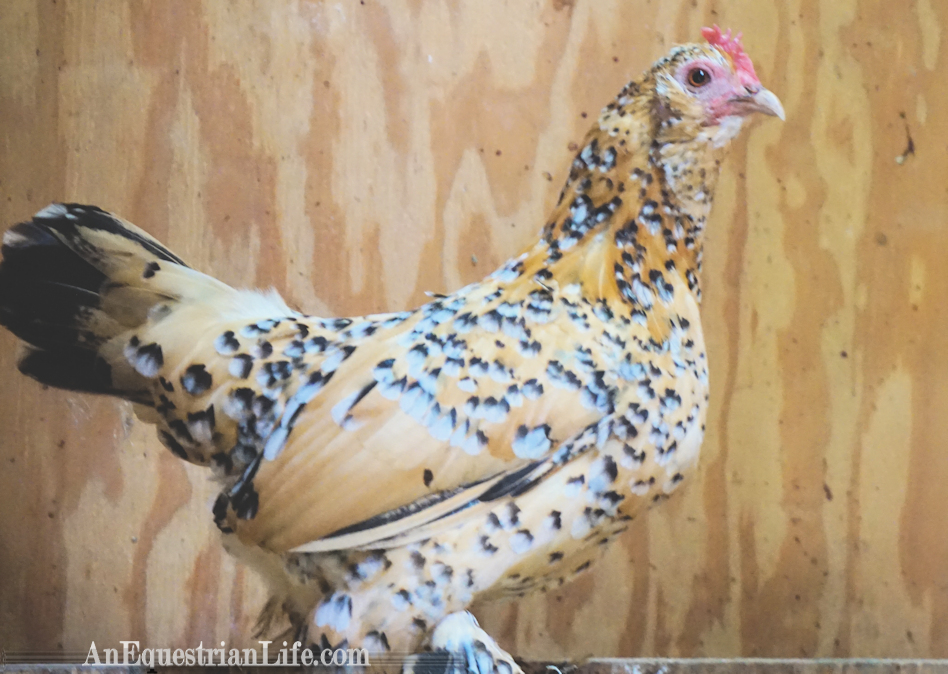 I thought my chicken keeping experience couldn’t get any worse after my beloved Fluffers died. But, it turns out that chickens continue to be expendable, and a few weeks ago, some predator came in and killed over half my flock. Killed, and then left their bodies scattered around my property, and my neighbor’s property. So many of the chickens that I loved, and doted on are gone.

There was one survivor that was under attack, Smog, our big white cochin. I guess I came out at the right time, and stopped the attack in progress. Even though she had only lost feathers on the outside, there must have been internal damage, and a few days later, she to succumbed to her injuries.

We were left with five hens, the fewest we’ve had since we started keeping chickens. It was eerily quiet with no rooster crowing. We were paranoid about losing our remaining hens, so they weren’t allowed out of the run anymore. Sometimes, they stayed locked in the coop with their food and water. Since there were so few of them now, being locked in the giant mansion of a coop was no hardship, and sometimes they just stayed in there even when door to the run was open. 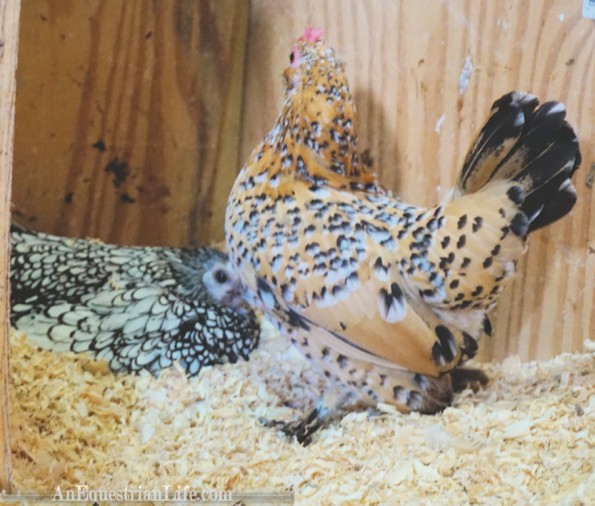 There seems to be a common quality over half the survivors had. They are all little bantam chickens with the ability to fly. Y’grette had run over to my neighbor’s house when the attack happened (I got a call from her), and when we came out, she heard me and decided it was safe again and came back to my property. We thought we had lost Twank, but she showed up at dusk to go back in the coop. I have no idea where she hid for several hours. 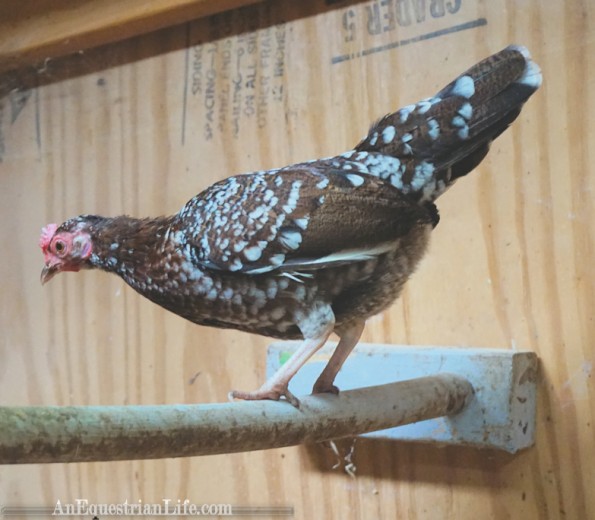 Mini Dora showed up immediately as I was bringing Smog back to the coop. She must have have just flown up in a tree. She’s the best flier of the bunch.

The other two survivors, big, hefty full sized hens, survived because they had decided their life’s ambition was to hatch some eggs. While the slaughter went out outside, mere feet away, the predator did not go into the coop to get these two, and these two were either blissfully unaware, or just way too intent on hatching some eggs. 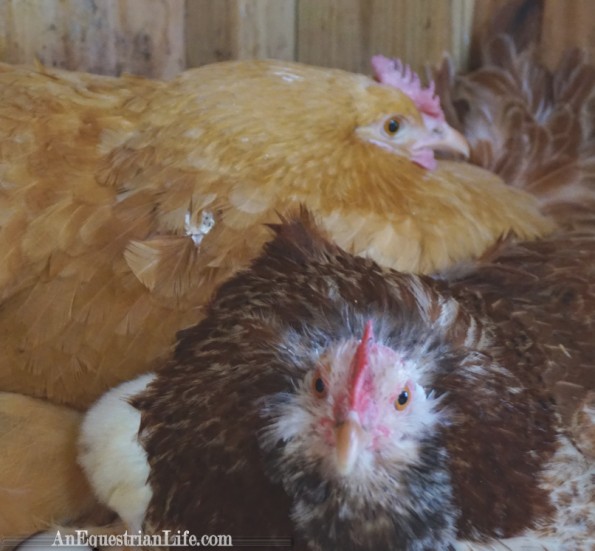 Buffalo G. Orphington in the back, and Salmon, who is bald because of the now deceased roosters. Hopefully it will grow back, because she is just scary looking.

But, wait a moment – What’s the little poof of cream next to Salmon? 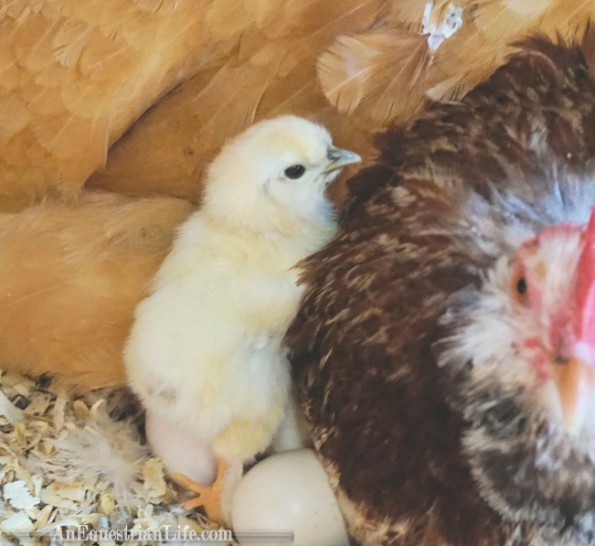 We decided to let them keep the eggs they had been sitting on. Normally, we take them away immediately, and do not have any chicks hatch, but we were feeling very strongly that we loved our flock so much, this was the only way for all our little pets to live on. So we let them keep the eggs, in the hopes of getting the children of our lost flock.

So far, we have three chicks. This silkie cross is the oldest, born about two days ago, and is the most out going and seems to constantly be getting into things. There’s also a little chipmunk looking one, born about a day ago who I only spot occasionally, and then there was another one hatched this morning, who I only saw because I lifted Buffalo G. for a moment. It was all damp and shriveled looking, so I decided it was best not to interfere. The hens get upset when they are messed with, and I’d rather them just concentrate on those babies, and not how to get me away from the nest. 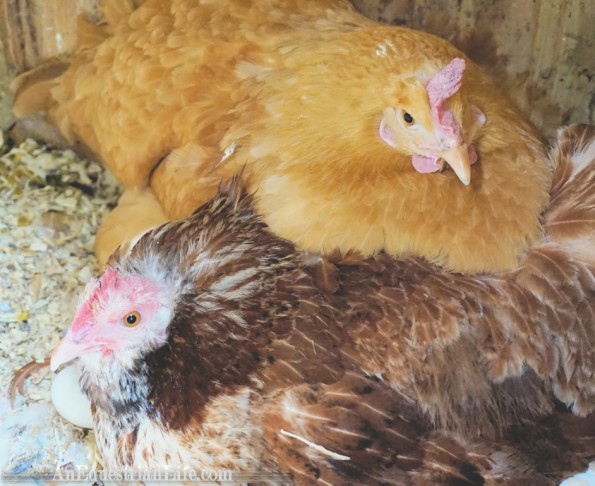 They always look pretty angry to be disturbed.

Hopefully everyone will survive, and we’ll be able to replenish our flock a bit! Although it’s a bit sad since they will always be locked up now. Part of the fun of having them was having them wander around in the yard, and come up to visit the house. But, they are better alive, so maybe I’ll make a playground for them in their run so they have some amusement.