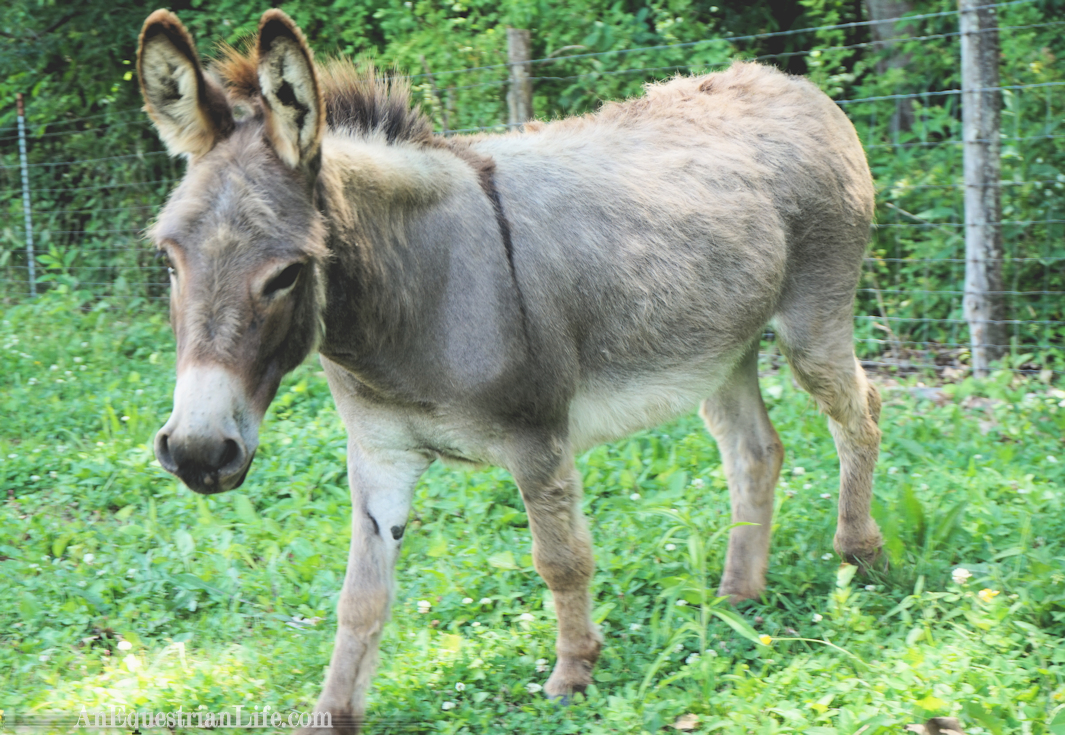 The nice thing about meeting other bloggers is you already know what you have in common: (obviously) horses. I’d been following Sarah from A Soft Spot for Stars for some time now, possibly as long as I’ve been blogging, and a few months ago we started talking directly online. One thing to led to another, and she invited me down to visit, and said I could come ride Copper if I wanted. Copper was having a bucking problem in the transition to the canter, and I was very interested in this!

Last weekend, I made the trip down to south west Virginia and it ended up being a whirlwind weekend of horses, exploring, and amazingly delicious dip. Seriously, it was the best dip ever!

We started out by immediately checking out her horses, and I took a ride on Copper. Based on the videos Sarah showed me, I was thinking his issue had to do with being behind the leg, so I worked with him for a little bit on immediately moving forward when I asked. Being a western pleasure gentleman, he was a little confused that I suddenly wanted a very forward trot, but he obliged, moving up into a nice big trot, and then easing back. Once he was responding well to that, I asked him to canter, and off he went, with no bucking. Hurrah!

Sarah got him immediately, and she set off doing transitions. There was also no bucking. She really has an excellent seat, and they looked amazing together.

Sarah also let me ride Highness. Since I love thoroughbreds, I had really been looking forward to this. 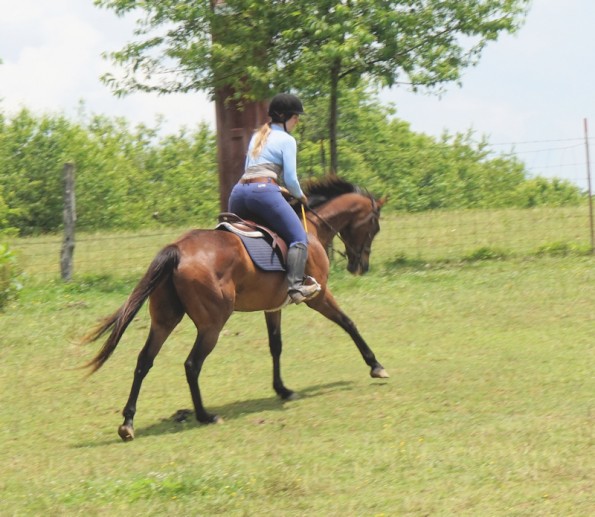 She feels a bit out of control because of greenness, but she tries hard. It was funny to ride her because she looks so similar to Berry, so from my view, she could almost pass for her, if it wasn’t for our uncertain communication. Still though, she’s such a sweet girl, and we haven’t been communicating for long, so I’ll give her a pass for it. 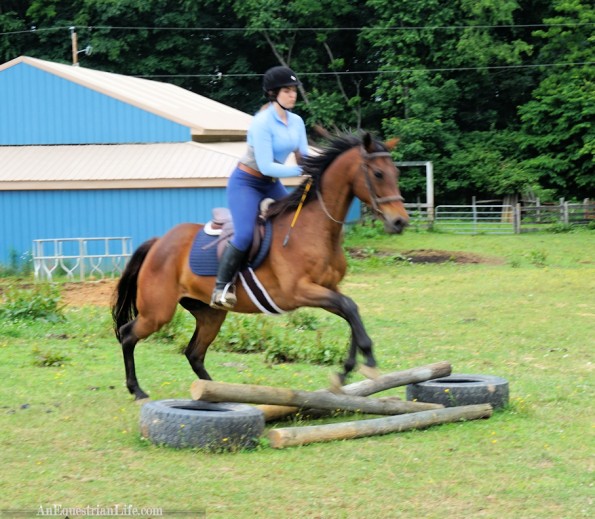 Afterward, Sarah introduced me to her sweet little donkeys, henceforth called the Donks. One donk was especially sweet, and made me immediately want one of my own. 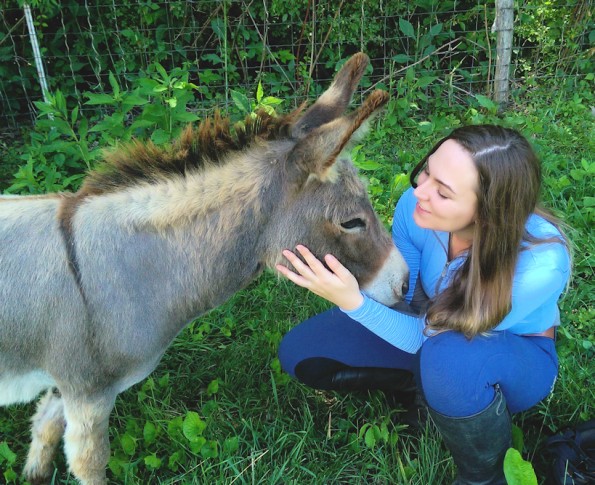 Emma donk, of the overwhelming cuteness!

Although I actually don’t want to care for more animals, so probably not the best fit. But still, I can appreciate how insanely adorable they are!

After that bought of cuteness, it was time for exploring. Sarah took me up into the mountains to an overlook where it is possible to see 4 states. We made it up to the top of the lookout, even thought I had hesitations about the height as we went up. 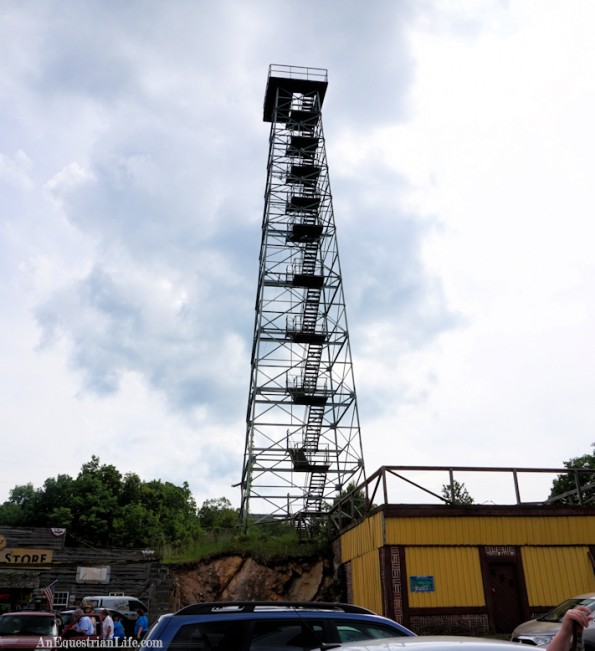 From the ground, it doesn’t look so horrible, but once you start going up those stairs, and you peek out at how far below the ground is…

Once we actually made it though, it was pretty nice up there! 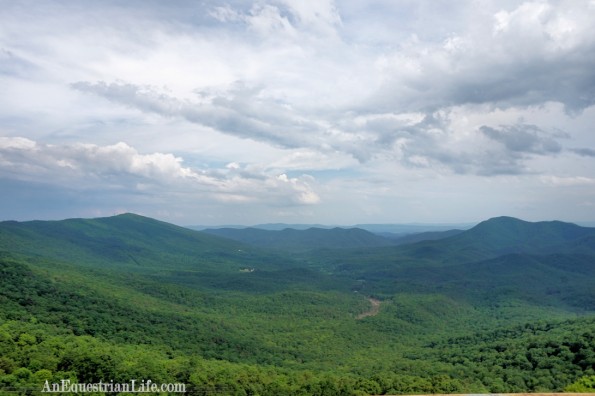 Lovely view, but impossible to be sure which state is which. They need to install some signs.

We then did the most logically thing, which was eat and drink wine. Sarah has the most incredible dip recipe that is so delicious, I think it could be a meal in itself. I’m going to be making it back at home soon.

The next day, we returned to the barn, but unfortunately it was raining, forcing us to stay indoors. It was still enjoyable just to sit and watch/talk while Sarah rode Copper around in inside. Definitely a plus of riding indoors, it keeps the conversation flowing!

Unfortunately I had to head off shortly afterward, but I’m really excited for the next visit! Hopefully it will be soon, as we still have much to do together! It was such a fun weekend, and so nice to meet up with another blogger!