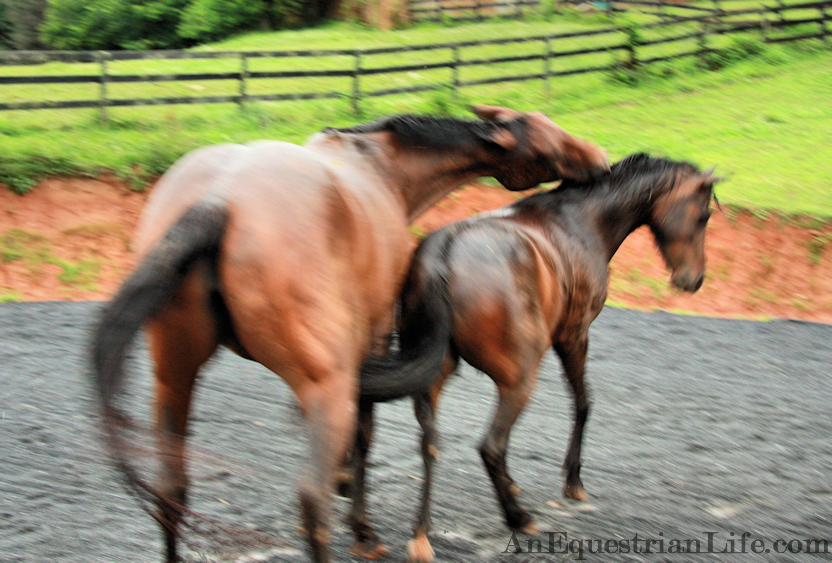 One of the most exciting things that could happen, happened at my little farm. I got a delivery of stone dust. 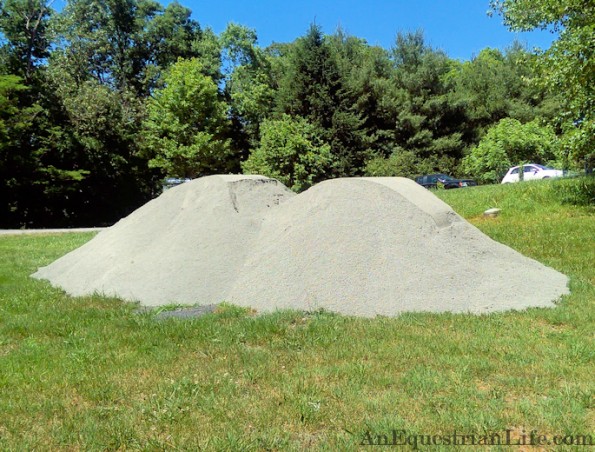 It’s…the most beautiful thing I have ever seen.

Stone dust means possibilities. It meant I could finally fill in the lost footing in my arena. It means I can level out the horse stalls, level my driveway, and fill in the area around the barn. Also, it’s just so beautiful – all powdery, like newly fallen snow. Except if you try to play in it, you discover it’s actually coarse, hard and will tear up your skin. Just like the graceful, but aggressive swan, it is best admired from on top of a tractor. 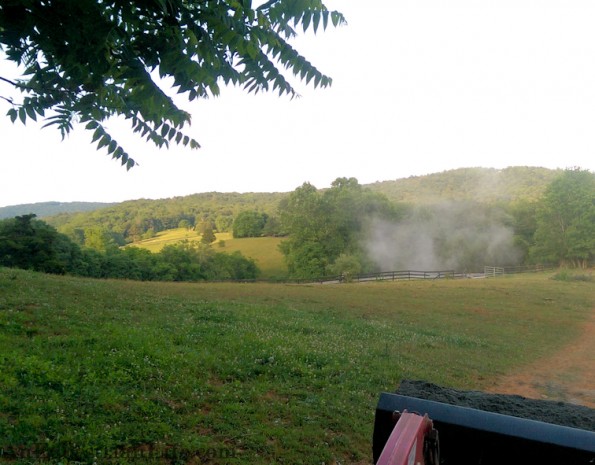 The smoke of old stone dust, soon to be covered by new, not yet dusty stone dust.

It took some rain to loosen up the old stone dust, but afterward, it became my zen garden again. 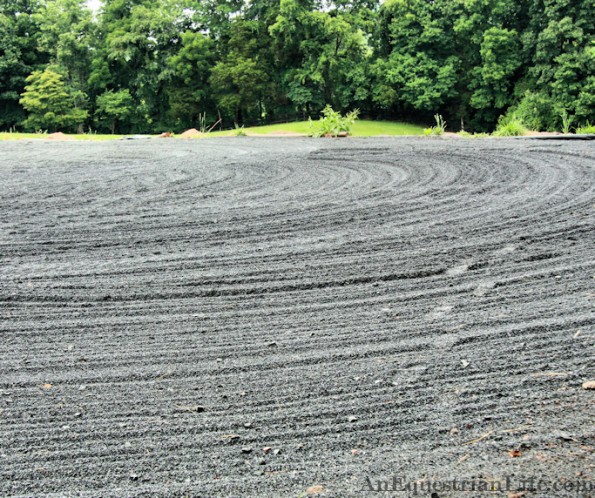 Although, I didn’t add any stone dust until I had fixed the drains. I rerouted the drain, starting on the hill above the arena, and continuing all the way around. So far, the drains are working out perfectly. My neighbor even noticed, as she asked me why her field was suddenly getting new rain paths. Success! 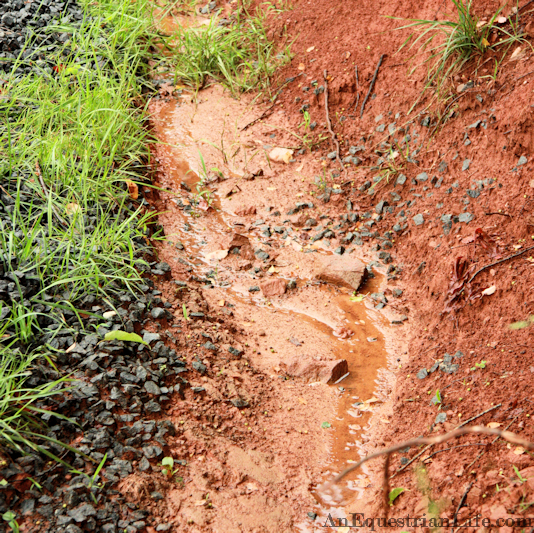 For the longest time, I had thought my tractor mower was broken because it would not engage. I hadn’t mowed since last fall, and everything was starting to look messy. But, I got the tractor guy out and it turned out that I just didn’t have the right gear engaged. Whoops. He didn’t charge me, as he understands these things happen. After all, he fixed my tractor for me before by putting it in gear. Yes, this happened more than once. Hopefully, I’ve learned my lesson this time.

With my mower working, I was able to get some serious mowing done. Behind my pasture, I have another acre or so of overgrown messy plants, just begging to be cleared out and fenced in. I aggressively took the bushhog to it, mowing down entire trees while laughing hysterically at the power I yield. We like to have fun around here. 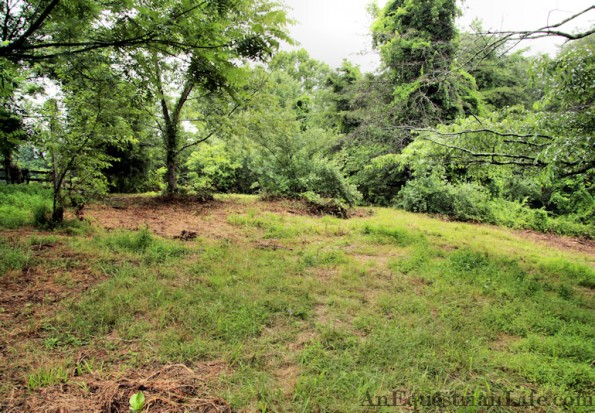 Considering it looked like a jungle before, I’m feeling pretty good about this. Now I just need to figure out how to get to the other side of the jungle to mow. 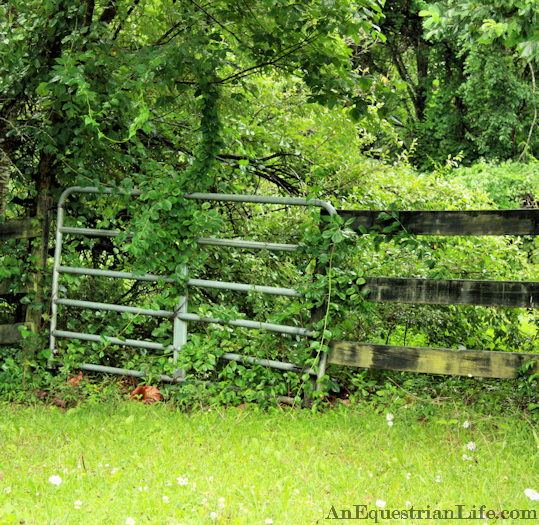 The entrance has sealed itself off.

A lot of bunnies live in this area. More bunnies than I have ever seen around the property. We are theorizing that the foxes are so full of chicken, they don’t need to chase down bunnies. But the abundance of bunnies has triggered Dave. 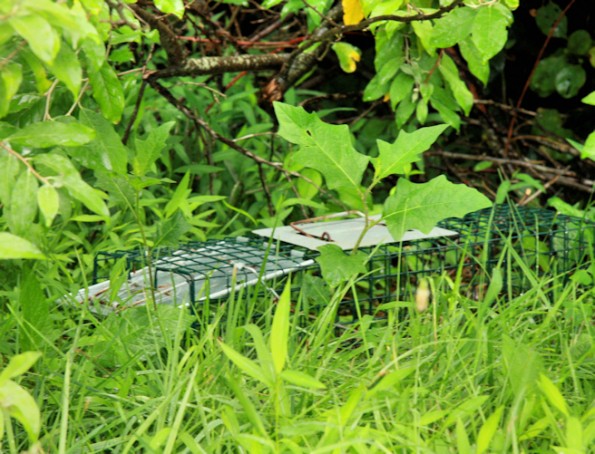 He is trying to catch a wild bunny. He decided he really wants a bunny as a pet, but he doesn’t want a pet store rabbit. He wants those beautiful wild rabbits. I’ve tried to talk him out of this. I even said he could get a pet rabbit, which I thought was pretty generous of me. But he insist upon a wild one, claiming he will tame it. This seems like a disaster waiting to happen. I’m sure my next update on this will be from the hospital.

On a sadder note, I’m finally down to my last bale of hay. 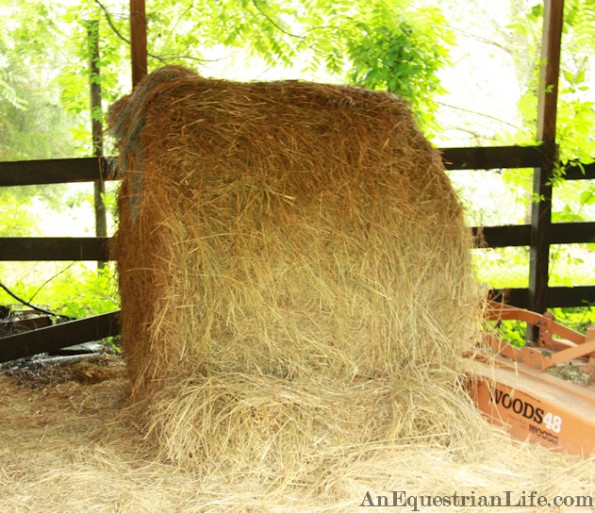 Its lasted a long time, but I am looking forward to a new supplier, hopefully one that doesn’t include splinters in their hay. I’m getting just a little bit sick of pulling off hay, only to feel little stabs in my hands.

And on a final note, not really related to the farm, my computer is still not working. Dave “fixed it” and then it blue screened. Such is life.