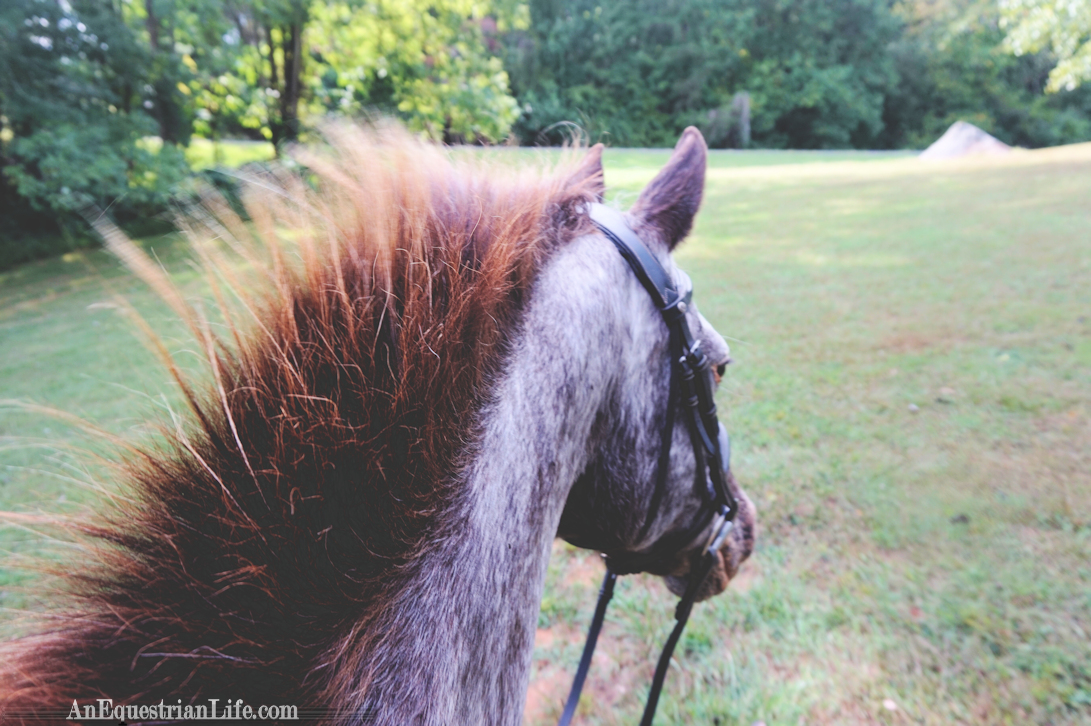 My truck is still not usable to pull my trailer, so I’m still grounded at home. I don’t know how anyone can manage without having a trailer because these last two months have been very frustrating.

I really wanted to go trail riding, but since I have no trailer, and no trails, I decided to just head out on the roads. My roads are a little scary, they are paved country roads, but I was going to be brave.

My neighborhood used to have a horse trail, but the property was sold and the new owner put up lots of “No Trespassing” signs. He is well within his rights to keep people off his land, but it’s very sad for everyone who lives in the area, as it was the last local trail. Horse trails have been disappearing at a rapid pace, and there doesn’t seem to be any stopping this trend. When I was a teenager, I could ride out from my house for miles, although I did just assume permissions in many places. Then, neighborhoods and horse farms were built, and fences went up everywhere.

As I’ve only lived in my current neighborhood a few years, I didn’t get to experience any real trails here. My neighbor told me she used to ride all over, and trails were everywhere. But, the same thing happened here, and now everything is closed off. 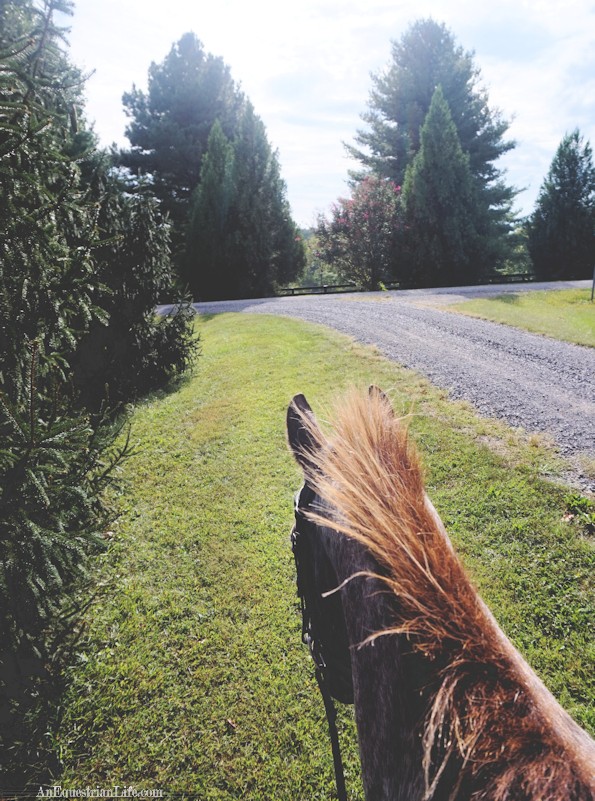 The end of my road.

Vintage is a good solo explorer. I don’t trust Berry not to be crazy, but Vintage I can just sit back and relax…for the most part anyway. She looked around at everything, and she kept trying to tell me she wanted to go home. At one point, I was talking on the phone, and she tried to make a walking dash for home. It was unsuccessful. 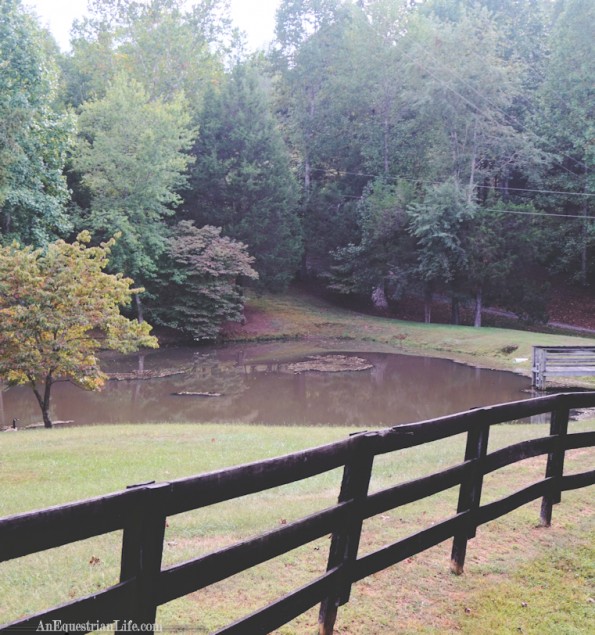 A pond with very scary geese.

Once we were off my neighborhood roads, everything was paved. It was a little terrifying because people drive very fast down those roads. They’ve got places to be, I suppose. 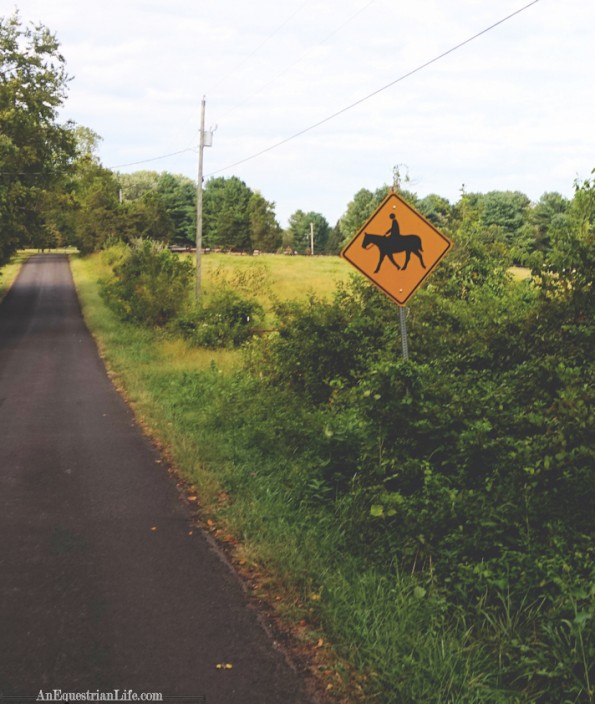 “Aim for the riders!”

We crossed over a portion of road that had a double striped line, and this was greatly confusing to Vintage. Is this a ground pole? Should she jump it? WHY ARE THERE TWO SO CLOSE TOGETHER!? 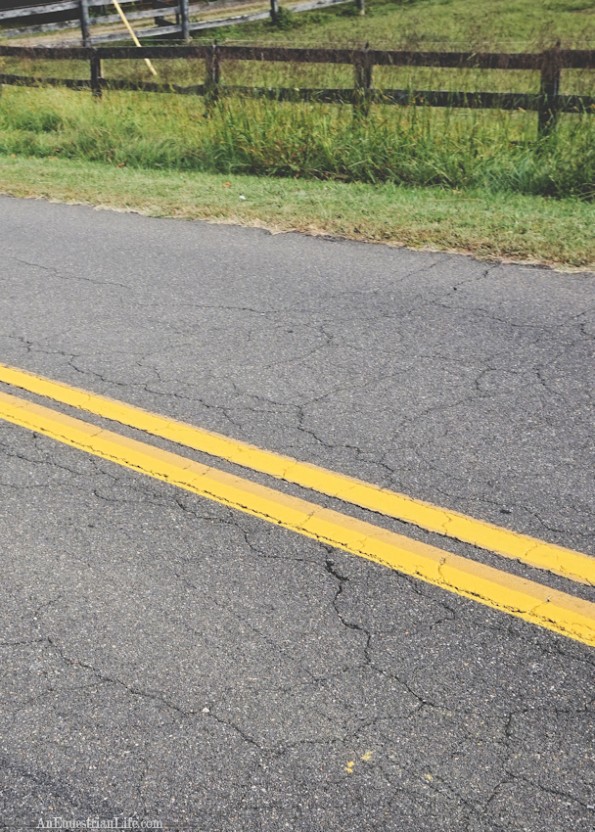 She decided a slight hop with her front end was the solution.

Crossing the lines marked the furthest I’ve ridden from my farm. It was now a totally new area for me. 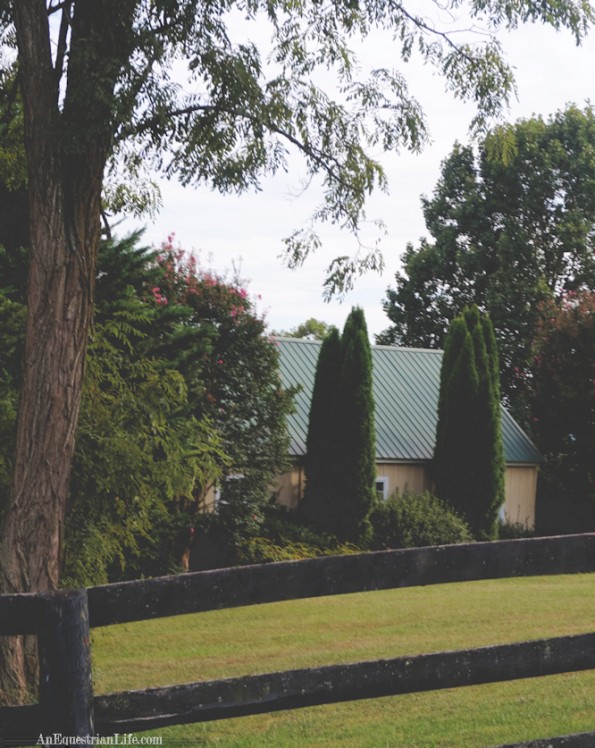 There was lovely barn landscaping.

I traveled down that road for a bit, but eventually the shoulder disappeared, and the road had a blind corner. I’m not quite brave enough for that, so I turned around. Vintage was extremely glad to be heading back. I basically dropped the reins and she steered the whole way. She’s very devoted to going home. 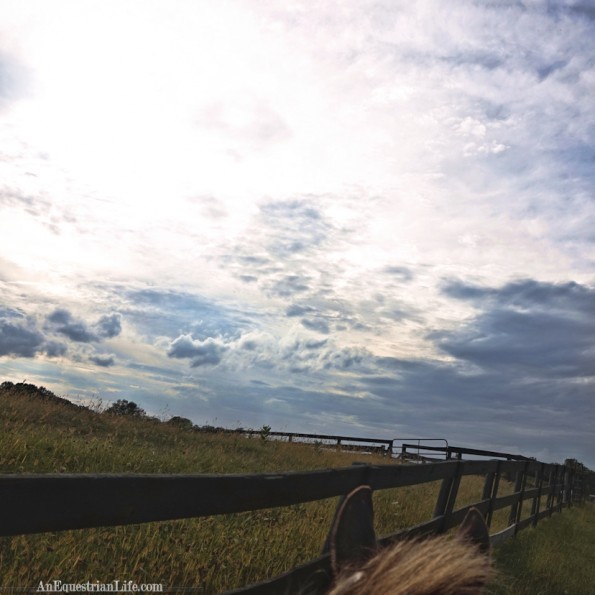 Back up my neighborhood road.

Maybe I’ll explore around the blind corner next time… with my car. To see if its safe. Then I’ll go back with the horse. Good plan, I think.