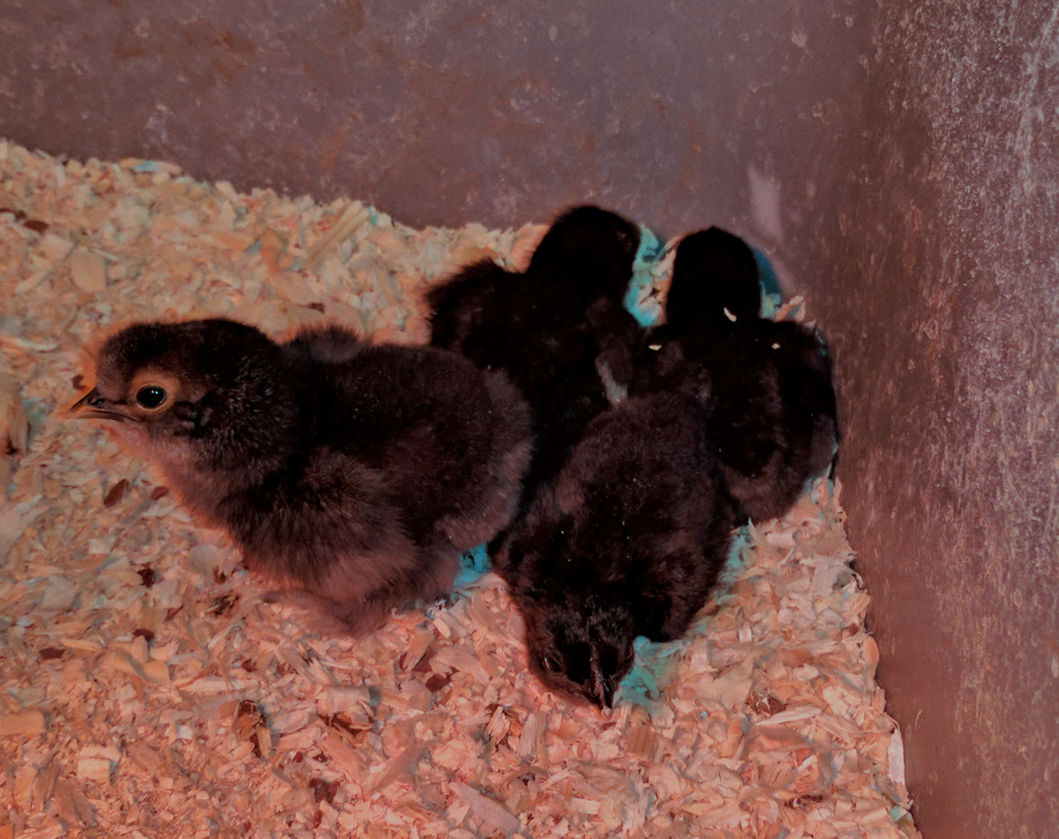 In the span of a week, my flock of chickens has doubled.

It started one warm afternoon when I walked up to my chicken coop. I peeked in to take a look, and I heard little cheeps. My first thought was, that better not be what I think it is. I crawled into the coop, and found a little nesting hen. I lifted her up, and two little chicks tumbled out.

My first reaction was annoyance. I don’t want more chickens. I’m content with the few that I have. But, I brought them inside, set up the brooder, and placed them in it. The next day, two more chicks hatched. They grew on me pretty fast. 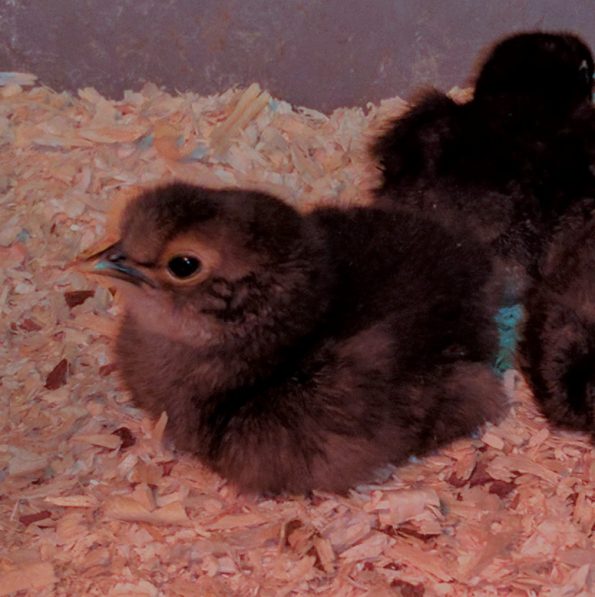 A week later, Dave was at Tractor Supply. He’s checking out the chicks are selling, and he sees some standard chicks with bloody backs that are apparently being abused by the bantam chicks that are in with them. Dave brings it to the attention of employees, and is told that they can’t sell the damaged chicks, so they will be sent back to be destroyed…unless Dave buys them. Dave informs them he is not interested in purchasing the chicks. They ask if he will just take them free. He agrees, and now we have 5 more chicks. 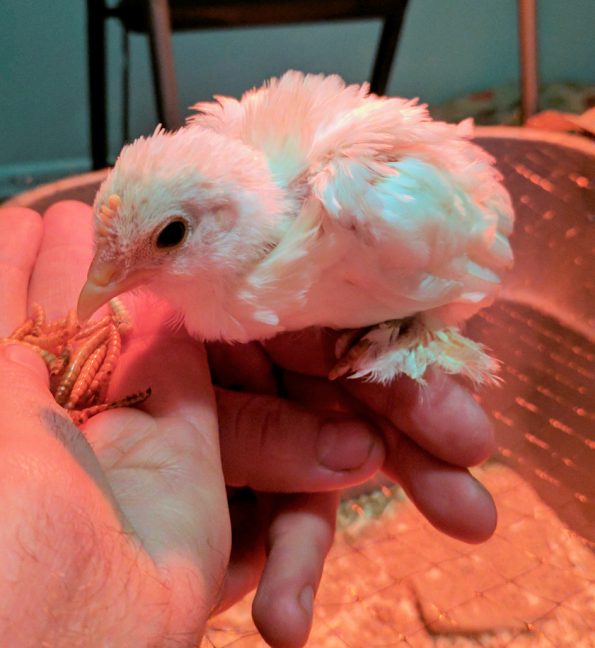 This one has feathery legs!

And also…I agreed to go in on a chick order with my neighbor. I have four more chicks arriving in June.

I have a chick problem.