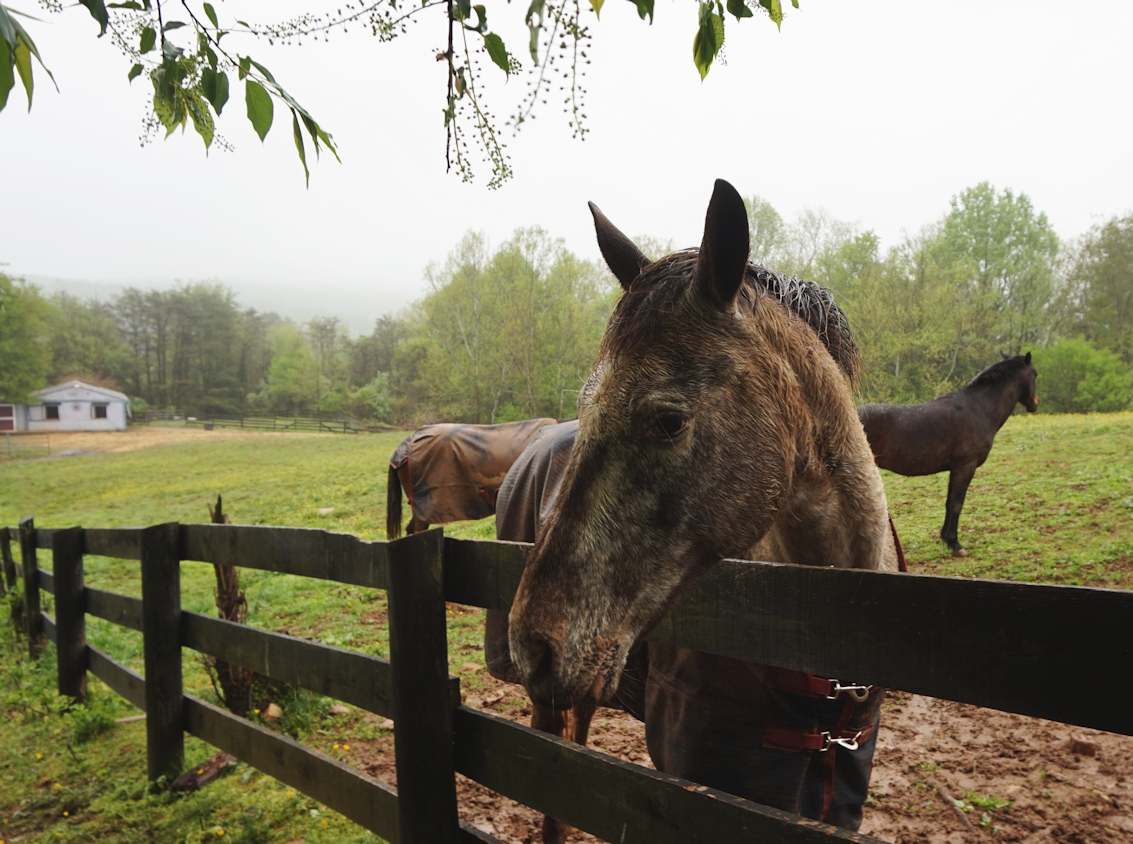 It’s finally that time. I’ve had at least one request (really, probably just the one) over the years to present a tour of my property. I never did it before because there’s really not much to my property. The mystery of not knowing what it looks like is way more intriguing than what it actually looks like.

But now it is time. I will present to you my property, but only because I have some big plans for it, and I want to showcase those. So this is really more of a “before” post. Then there will be a “Plans” post. Then there will be a silence of several months. Then a “Why is life so hard” post. And then finally, a post where I give up and move on with my life. And then, out of no where, I will announce that I did complete my plans!

I can only hope that I move through these stages quickly, because I’d really like to put my plan in action. 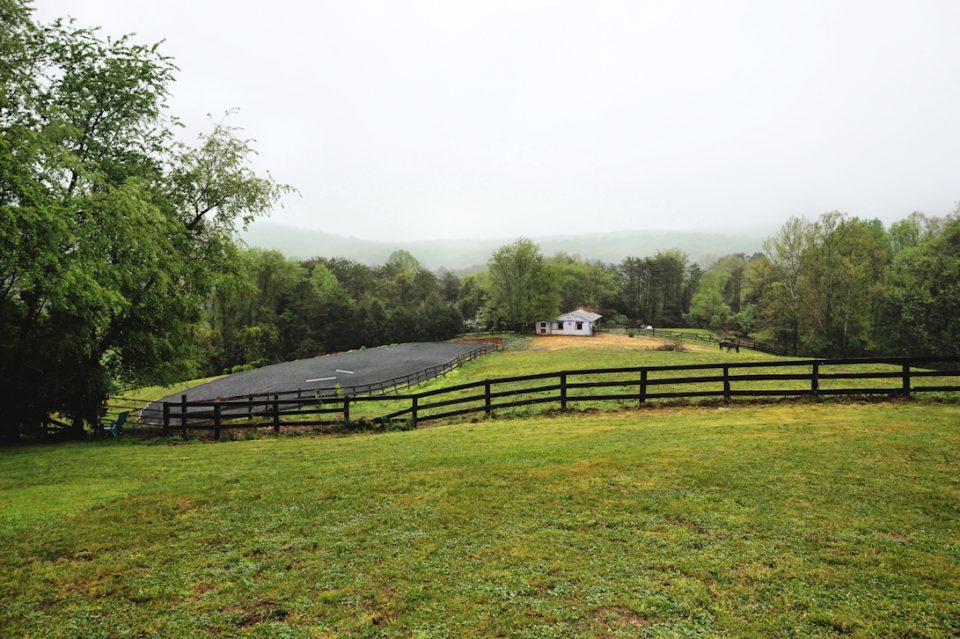 If my property could be summed up in one picture, it would be this picture, because this is basically it. Ok, post over, thanks for checking it out. 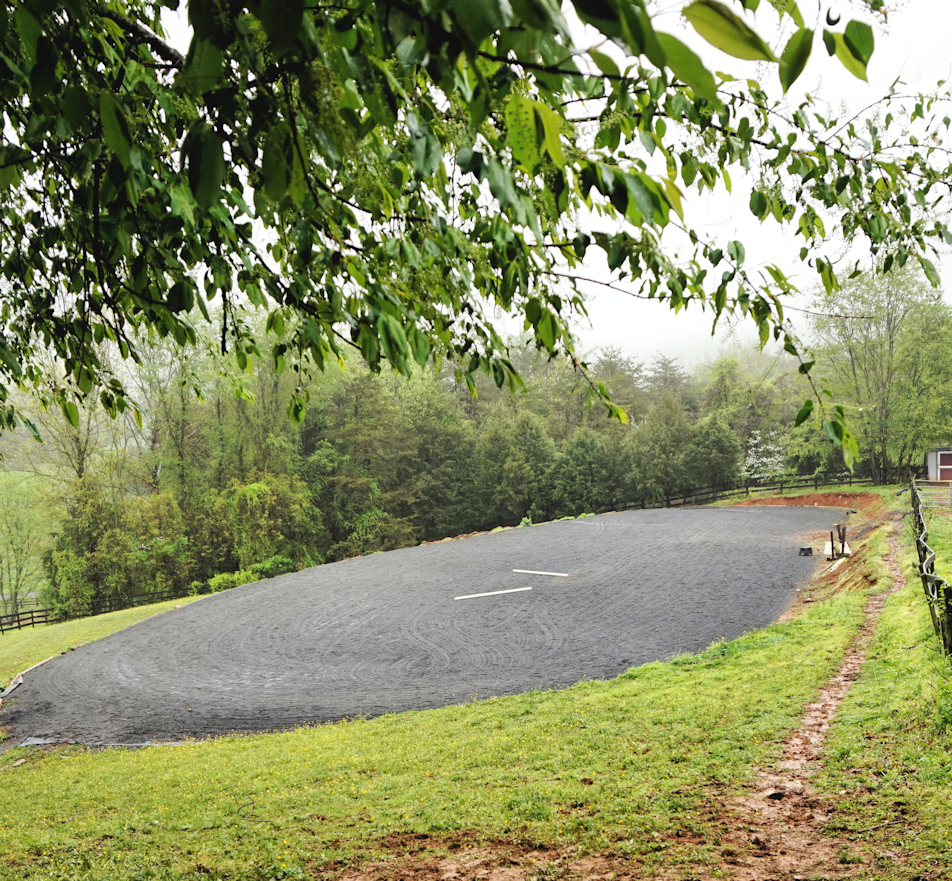 My riding arena, that I carved out of the earth itself.

I decided my arena isn’t big enough, so I will be performing more carving eventually. Not sure when yet, but one day. This is lower on my priority list. It will also be fenced in completely. 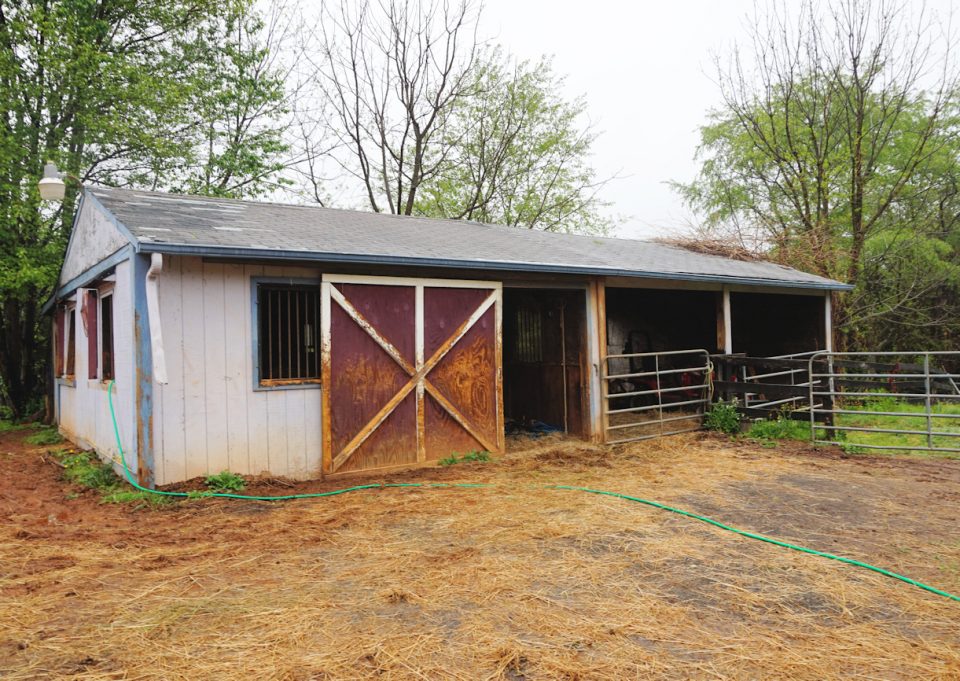 The barn, which has seen better days. It is a two stall barn with an aisle, and the area on the right that I use for my storage was intended to be a run in shed.

My barn needs some cosmetic work. The horses have been tearing it up, vines have been growing on it, and it’s just a terrible color to began with. I’m thinking a nice barn red with white trim would suit it much better. 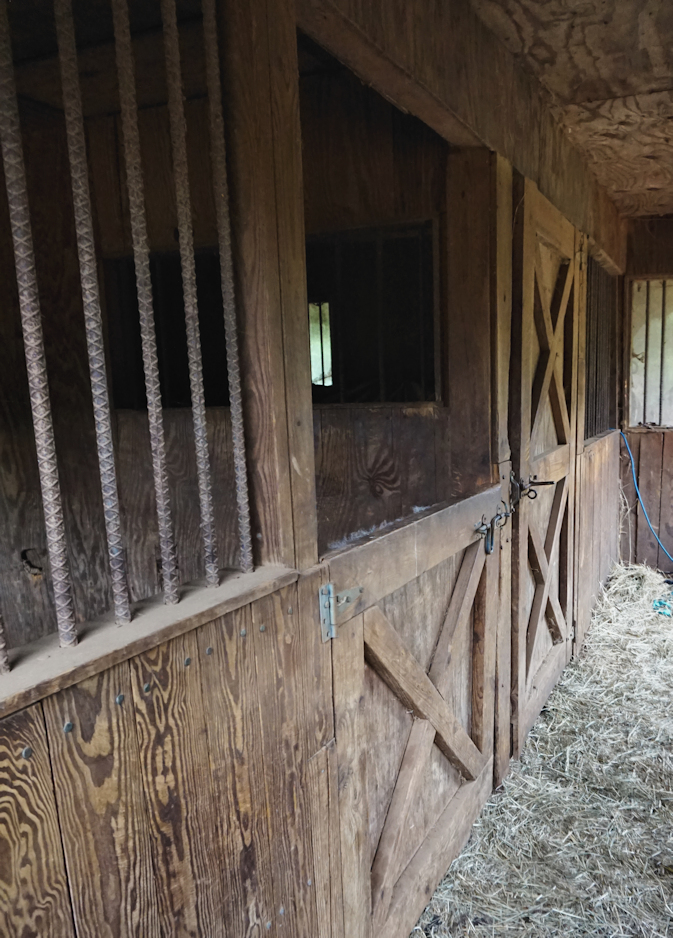 The aisle and stalls. Vintage’s stall on the left, Berry’s stall on the right. There’s a window in between them for Berry to stare at Vintage. Vintage never stares at Berry. 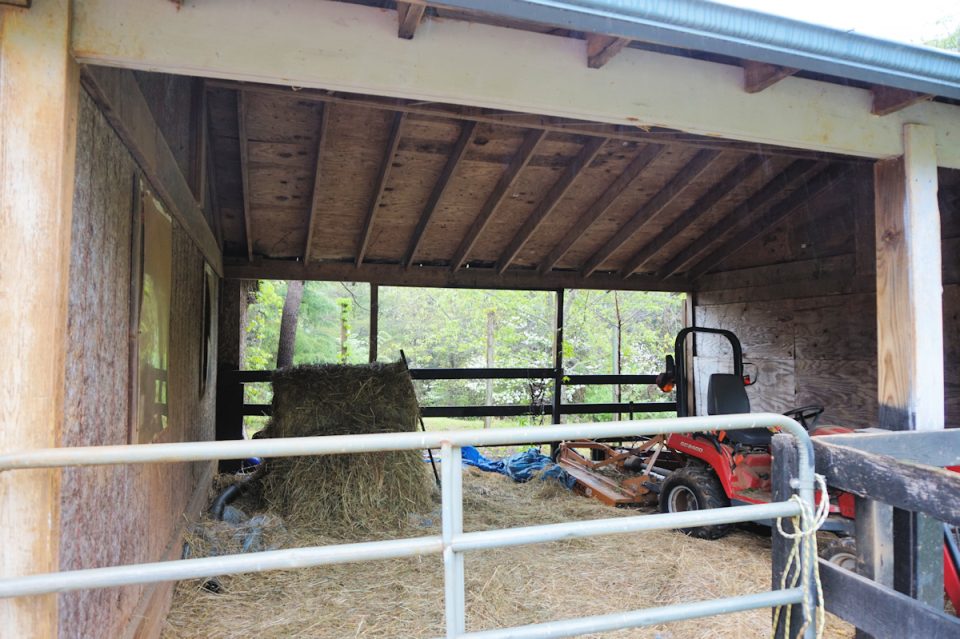 The hay and tractor storage.

This past weekend I spent a lot of time mowing down some of the uncleared area behind the barn. We have another two acres or so that are completely woods. It’s a waste of good pasture!

I think it’s kind of difficult to tell what was cleared in pictures, especially when there’s nothing in frame to add context. I’m going to try though! :

Using the first photo as a reference, these two are looking from the paddock behind the barn towards the right side. 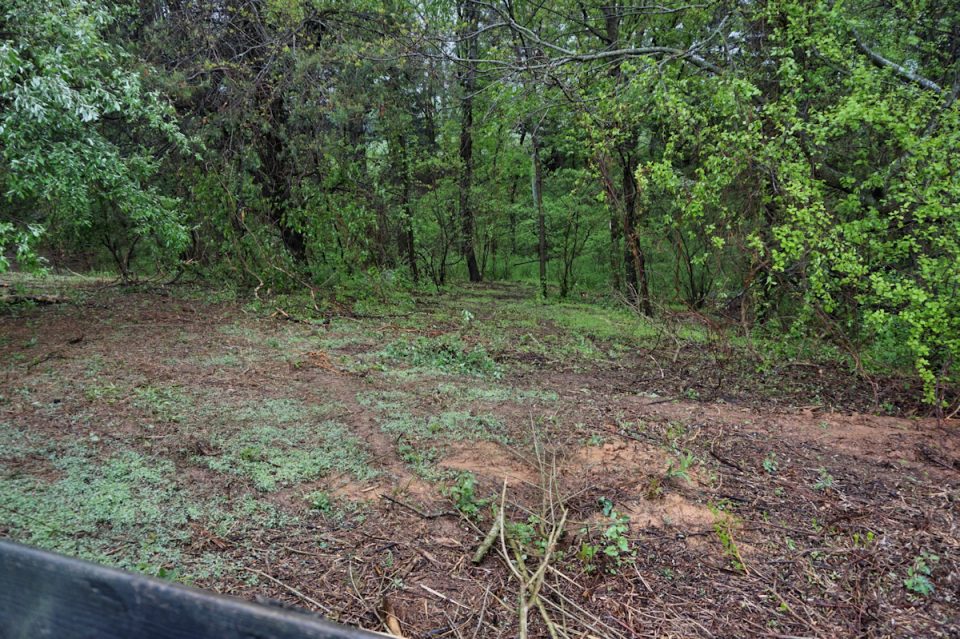 It was wild back here before, full of bushes, shrubs, and trees. 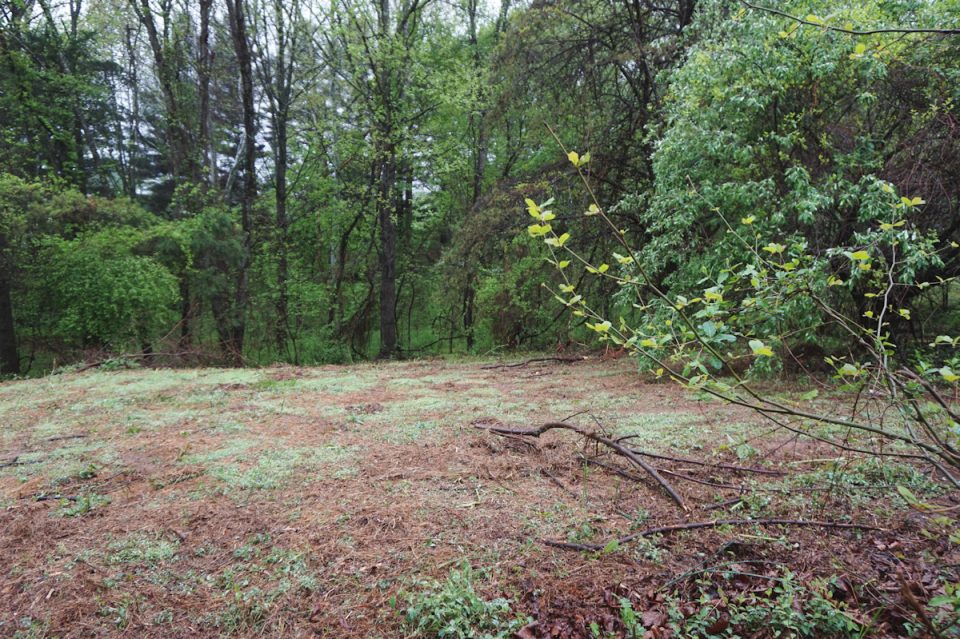 Here is the barn from the back. You can see it’s never been painted and looks pretty dingy. 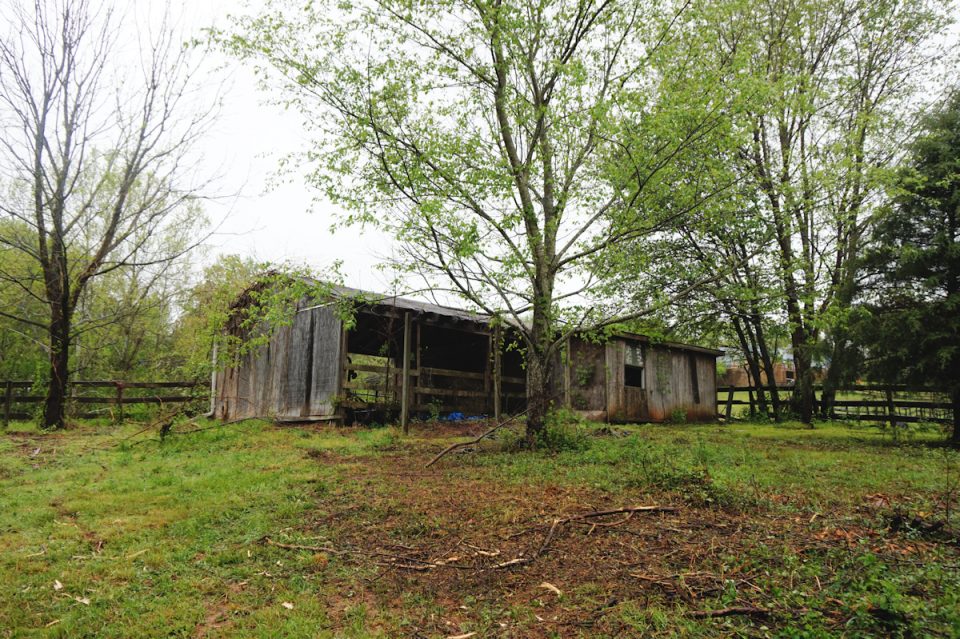 This is facing the opposite direction from above, but standing by the window in the barn, seen above. 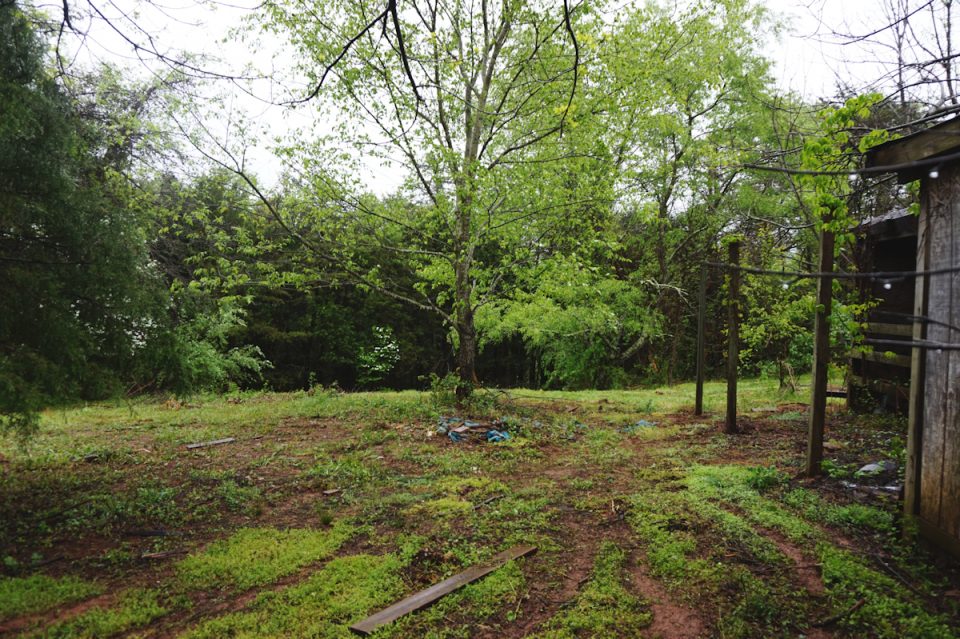 You can see that I have unearthed a pile of junk/building supplies. The old owners were apparently planning to extend the barn, but it did not happen.

Front the previous photo, if you were to walk straight ahead towards the woods, you’d go down a small hill, and to your right, you’d see a path I cleared through the woods. 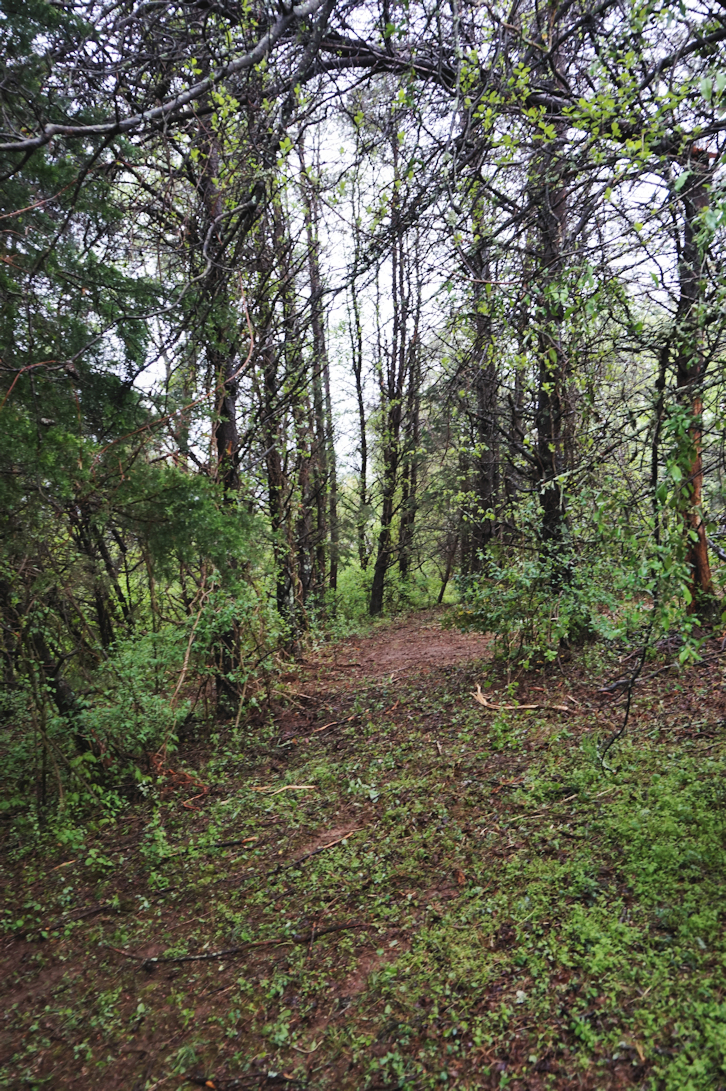 At this point, all the additional photos I have look pretty similar to the ones above, so I don’t think I need to share them. But you can see that my main enemy is the tall scrubby tree. They are pretty tough, I managed to destroy both of my turn signal lights by bashing into them. 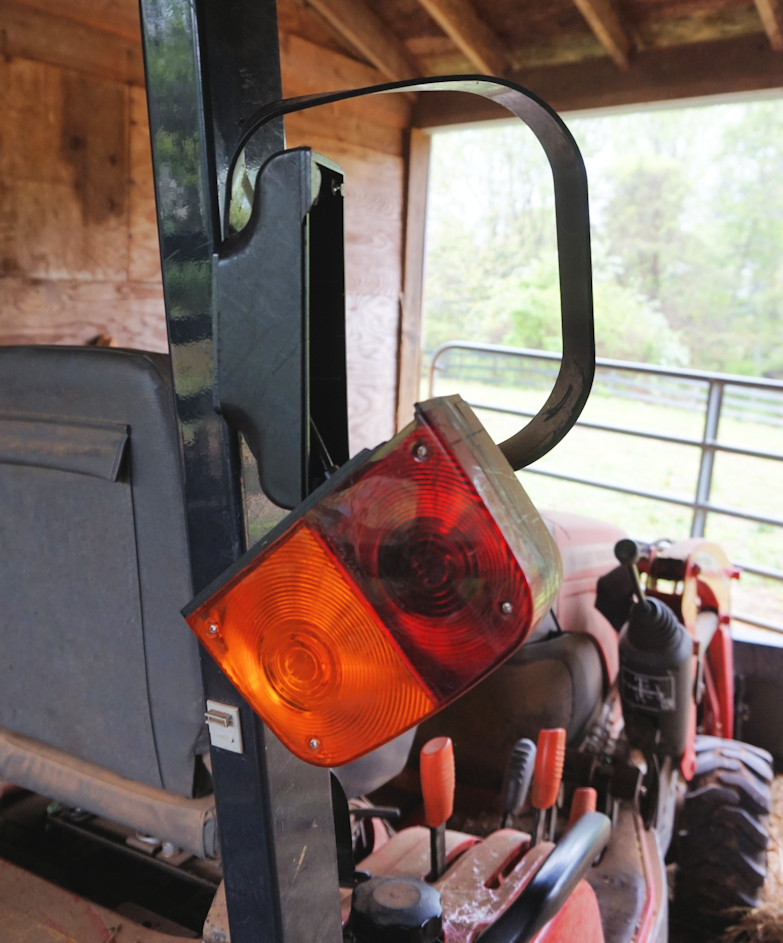 I did knock down one with my tractor. It made me feel powerful. You may be a tree, but I have a piece of equipment to destroy you. (This was after the trees had proved they had the strength to take out my lights.)

It will be a battle of wills. I will keep at it until I have more pasture. I’m not at all comfortable using a chainsaw, but if it must be done, it must be done. A lot of this can be taken out with my tractor and bush hog though. I’ve taken out many small trees, lots of bushes, and all the weeds.

I have already thrown down some grass seed, so it’s going to look more pasture-like as time goes on. There is a steep hill though, so I’m not sure exactly how much I can clear without sliding down the hill. It might not be worth it. But, we shall see. The battle will rage!