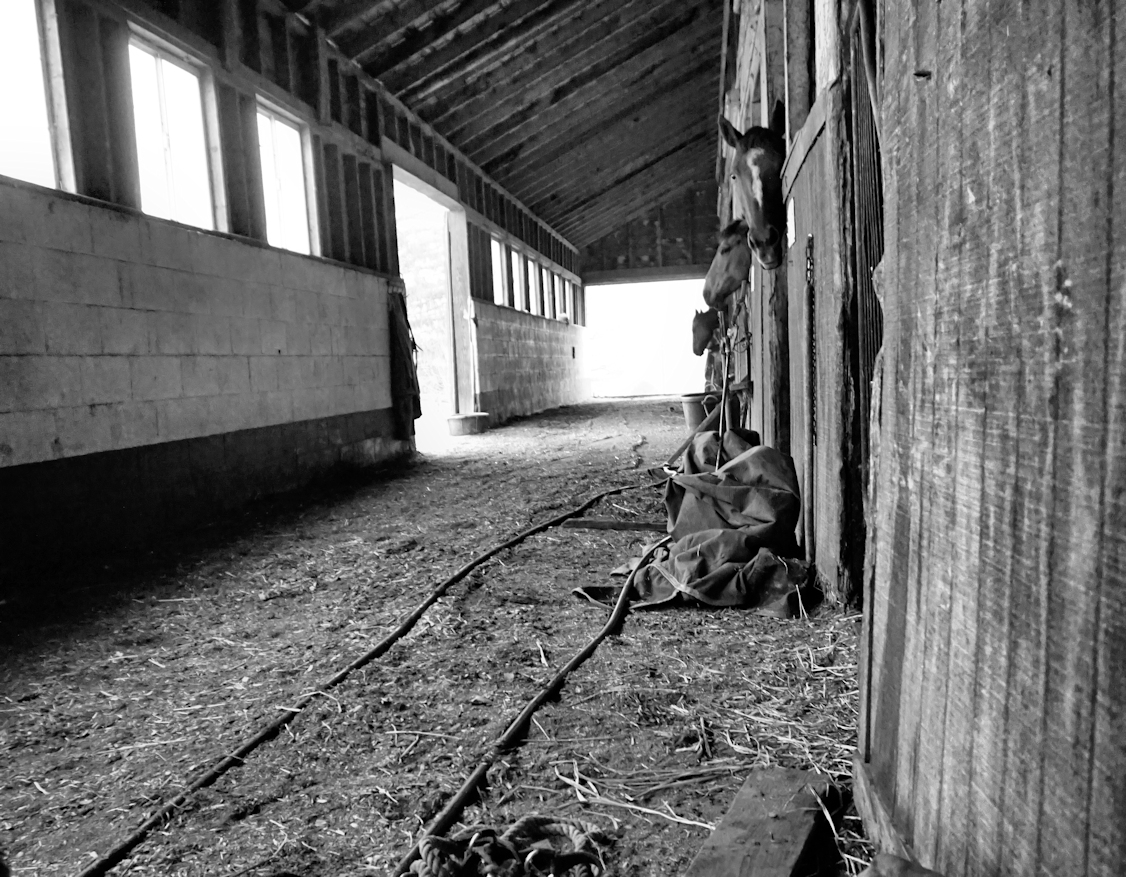 I don’t believe in ghosts. I feel like that’s an important point on this entire ghost story. Sure, Paranormal Activity had me jumping at every noise in the night, but that wore off. If I watched it now, I bet I’d have no reaction to it. Especially now that they’ve made those god-awful sequels. If it had been a single movie, then yeah, maybe I would have figured it could possibly happen. But now I know it’s a cash grab, so thanks a lot, movie producer, you’ve made me immune to “ghost activity”.

Sure, there was a moment when I first moved into my house and figured out that a dying person had lived here, and possibly died here. What if he stayed and haunted the house!? That thought lasted about two weeks, and then I removed the handicapped features of the house, so I wouldn’t have to be reminded. And also, I figured I’ll never need such things, because clearly I will be a fit, healthy person for the rest of my life until I suddenly drop dead for no apparent reason when I’m 90 years old.

I’m not even scared of things that go bump in the night. I go out to my barn in the dark every morning, and during the winter months, in the dark every evening. In the beginning, I carried a gun, because HOLY CRAP, WHAT MIGHT HAPPEN. Then I carried a wooden rod because that could probably fend off something. Then I dropped down to nothing but a lantern, and on nights I smell skunk, I shriek like a banshee to scare it off so I don’t get sprayed. It’s also a good excuse to shriek, because how often is that accepted in everyday life? Certainly not in my everyday life.

The point of all this is that I don’t believe in ghosts, or vampires, or zombies, or gargoyles. I do believe in bears because I saw a bear here once, but that was in the daylight, so it’s probably okay. Although I do remember that story of the guy who had a personal zoo of big cats, and one day he let all the big cats out, so I guess that could happen. But, I am not aware of anyone with a personal zoo, so it’s probably okay…. at least I hope it is.

“The hounds are calling Emily! Let’s rent something at Blockbuster!”

Going back to the point, trainer Sarah has been telling me ghost stories about her barn for as long as I’ve known her.

On the evening of Saturday’s horse show, Sarah had invited ghost hunters to her barn. D’Arcy and I were politely invited, so naturally we took Sarah up on this. It’s time to hunt some ghosts!!!

Having never been to a ghost hunt, I was not sure what to expect. It started with me being told to shut my yapper, because I was being too loud and they couldn’t hear the ghosts. Fair enough.

They set up three cameras to watch the aisles. We walked around with one man who had some kind of device that reads different radio waves. I really have no idea how it works, but supposedly it’s supposed to facilitate ghost communication.

As we walked around, it was apparent the ghosts weren’t in a talkative mode. I think they were asking the wrong questions though. If you’re a ghost, and you’re hanging out in a barn, do you want to relive the way you died over and over again? I mean, why is that the only thing people are interested in? Maybe the ghost wants to discuss other things, like how their Saturday went, or if they’re following any sports teams.

We weren’t having much luck getting the ghosts to talk, and eventually, we made our way to the confederate soldier side of the barn. (Sarah has a seriously huge barn, it’s like 36 stalls or something crazy). They were asking the ghost about what his secret was. D’Arcy and I went with another line of questioning.

And then, IT RESPONDED. OMG, the voice thing said, “I do.”

Unfortunately, there were no other responses. So we still don’t know why the soldier likes to spook the horses. Maybe it’s on accident?

“Why don’t you get in the back of my van and I’ll drive you home.”

We continued onward. They had another device that somehow deciphered words from thin air, and then it would say the words. So, when the ghost was talkative (maybe) the device would random spout words. It named Sarah’s brother, by name. Maybe it’s a coincidence? It told us to go outside by a tree. We all went. The tree was super creepy looking like definitely a tree people would get hanged on. But, logically, the tree probably wasn’t that big 150 years ago, it wouldn’t have been strong enough to hang people. It would have been just a tree back then.

We were all standing around like idiots by this tree, and Sarah wandered into the adjacent field with one of the devices because that’s where the old house/vortex had been. D’Arcy acquired a cat out somewhere and was holding it and loving on it. The cat was appreciating the attention, when it suddenly went on alert, staring at the ground, following the movement of something up the tree, watching something in the tree, and then following something back down the tree. Ghost? Or stupid cat?  I guess we will never know. Although being out in the dark by a creepy looking tree definitely made it feel like a ghost.

After standing by the tree for way too long, we headed back to the barn. That’s when we were intercepted by the other half of the ghost hunting team, which consisted of “official” ghosthunters, and also, one of Sarah’s working students.

They breathlessly explained how they have been watching the cameras in one of the breezeways when they suddenly heard footsteps in the loft above. It wasn’t just one person’s footsteps, it was multiple, and they heard a chain rattling, as though it was worn around the ankles.

I wouldn’t have believed just the ghost hunters because they seek these kinds of things, but the student, who previously had been very skeptical, was adamant that she had heard it, too. Naturally, this made everyone want to go to into the loft. But, naturally, since there you had to climb a ladder to get to the loft, the number of people who actually went up dropped down to just three: Sarah, D’Arcy, and random ghost hunter man.

I determined that the best use of my time would be setting up a chair in the breezeway, watching the camera, and listening for ghosts. Naturally, perhaps due to my non-belief, absolutely nothing happened. But, I did get to hear the activity in the loft as they tried to get the ghosts to communicate with them.

The ghost hunter asked the ghost to talk to them. He asked them to touch them. At one point, there were loud gunshots, which startled everyone. But it turned out he had just bumped the device. As far as I can tell, the ghost did not indicate its presence. 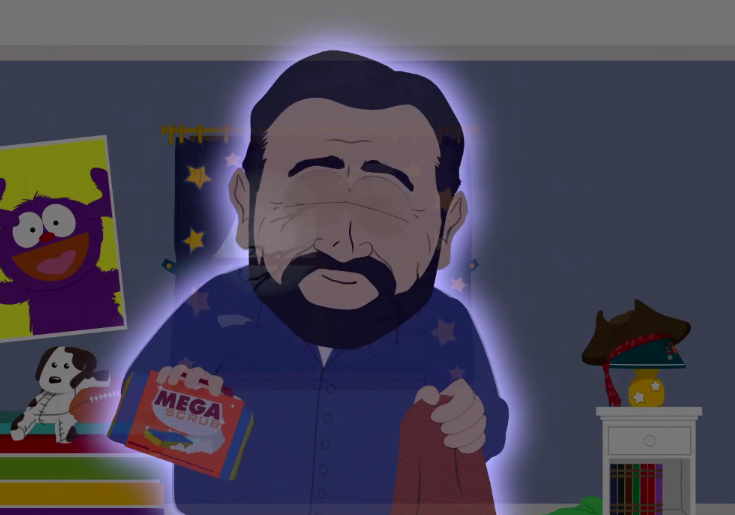 After a while, they came back down. The next place to check out was the arena, where the thrashing stick figure had been. We went out with them, but at this point, it was getting really, really cold. We only had sweaters on, and it was dropping down to 45 degrees. It was very uncomfortable, so we went back up to the barn, which had a very warm tack room.

After hanging out with completely normal german shepherds, who are only looking for love, Sarah eventually returned and told us we had to come back down to witness t he activity. She was really excited, so we agreed.

The official ghost hunters had disappeared to get more equipment, so Sarah just took us down with a device that would light up for activity. Its default was green, and it would light up through yellow, orange, and red, which somehow indicated a ghost’s presence.

We stood by the entrance to the arena, and asked questions to the open air.

It lit up all the way to red.

“How can you be a pirate so far inland?

“Are you being funny?”

“Can you stop spooking the horses?”

We asked a few more questions, and everytime pirates came up, it was a red. Our line of questioning determined that it was a little boy who likes pirates. We went back to the barn, and Sarah said that he could not come in the barn, so it did not follow us.

Back in the barn, she told everyone what had happened. When she started talking about pirates again, the device lit up to orange. Apparently the ghosts in the barn like pirates, too.

We headed out at that point. That was enough ghost hunting for one night.

Everyone agreed that the ghosts were being very quiet that night, but still – I have absolutely no belief in ghosts. I don’t know what those devices were picking up, but I can only assume they are programmed to pick up random things to make it seem like there are ghosts.

Although – have you had ghostly experiences? Perhaps your barn is haunted? Let’s discuss!