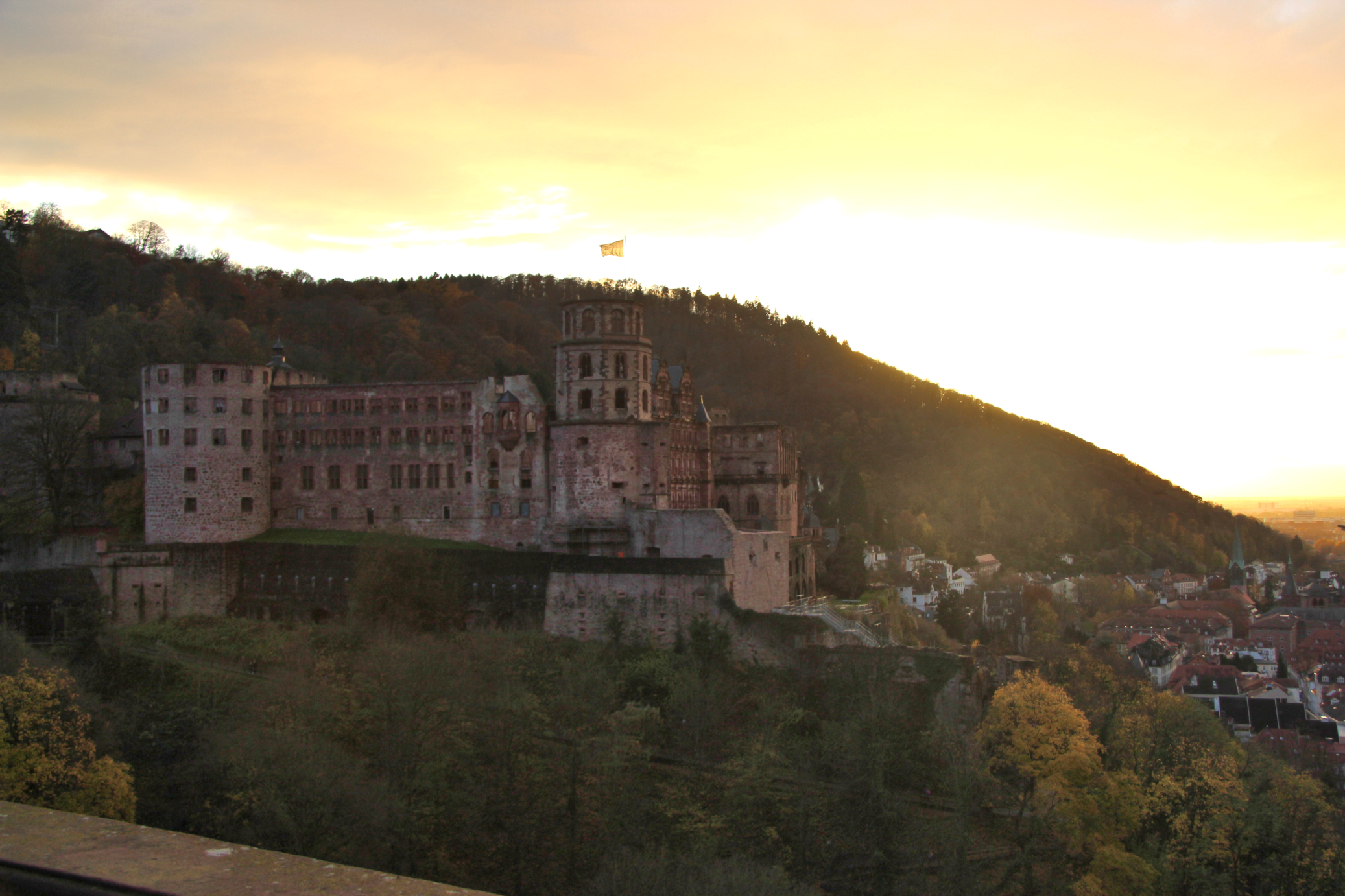 Sick of pictures of castles yet? I know I’m not! I think I’ve found a new obsession… I love exploring castles. It’s fascinating to walk through them and think about the people that used to live there. It’s incredible that these structures are still standing today. Who knew that piling a bunch of rocks up would be so permanent?

We had decided to break up the long drive from Fussen to Munster, the location of the Stallion Inspection, by making a stop in Heidelberg to see the castle. We only decided the night before, and I think it was one of the best decisions we made on the trip. We went from seeing magnificent luxury castles to the ruins of a true fortress, built to withstand the French attack. 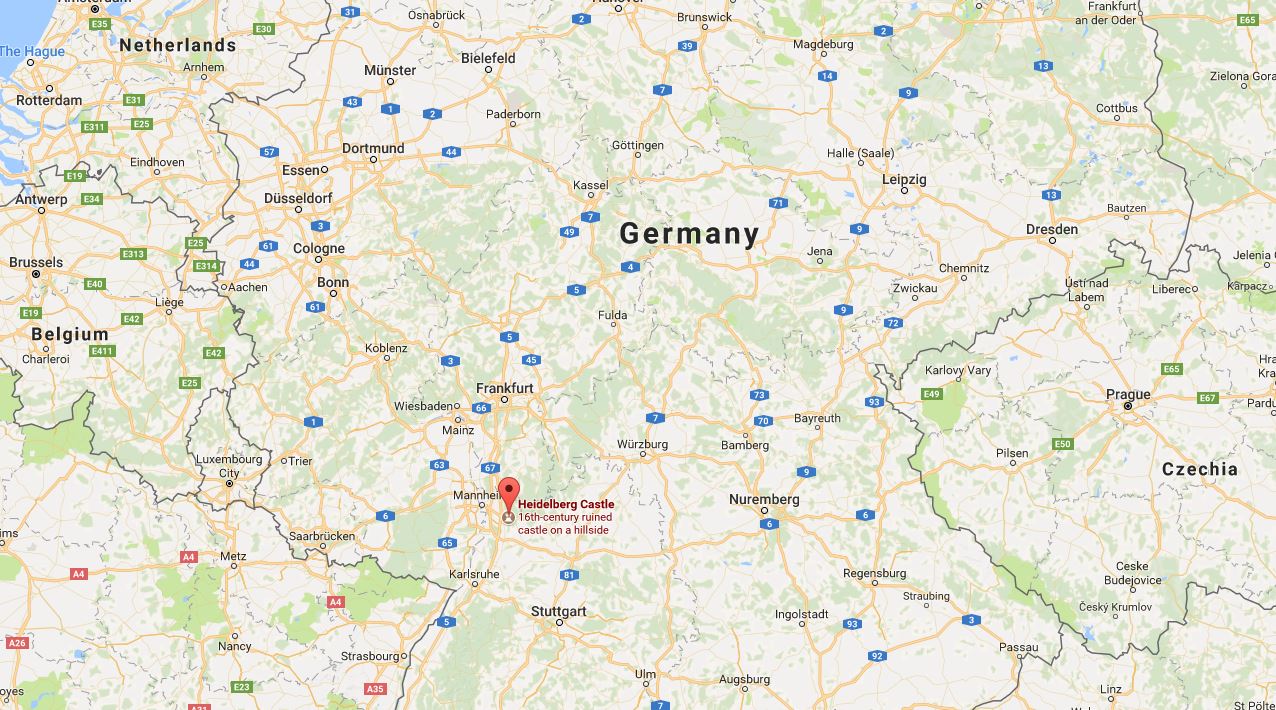 Parking was hard. There’s no set parking, and instead, we had to drive on little, windy, twisted roads, trying to find a parking space. I’m glad I wasn’t the one driving, it was stressful enough watching D’Arcy drive. But, by passing by the actual castle and continuing on, we did manage to find street parking and walked back to the castle. 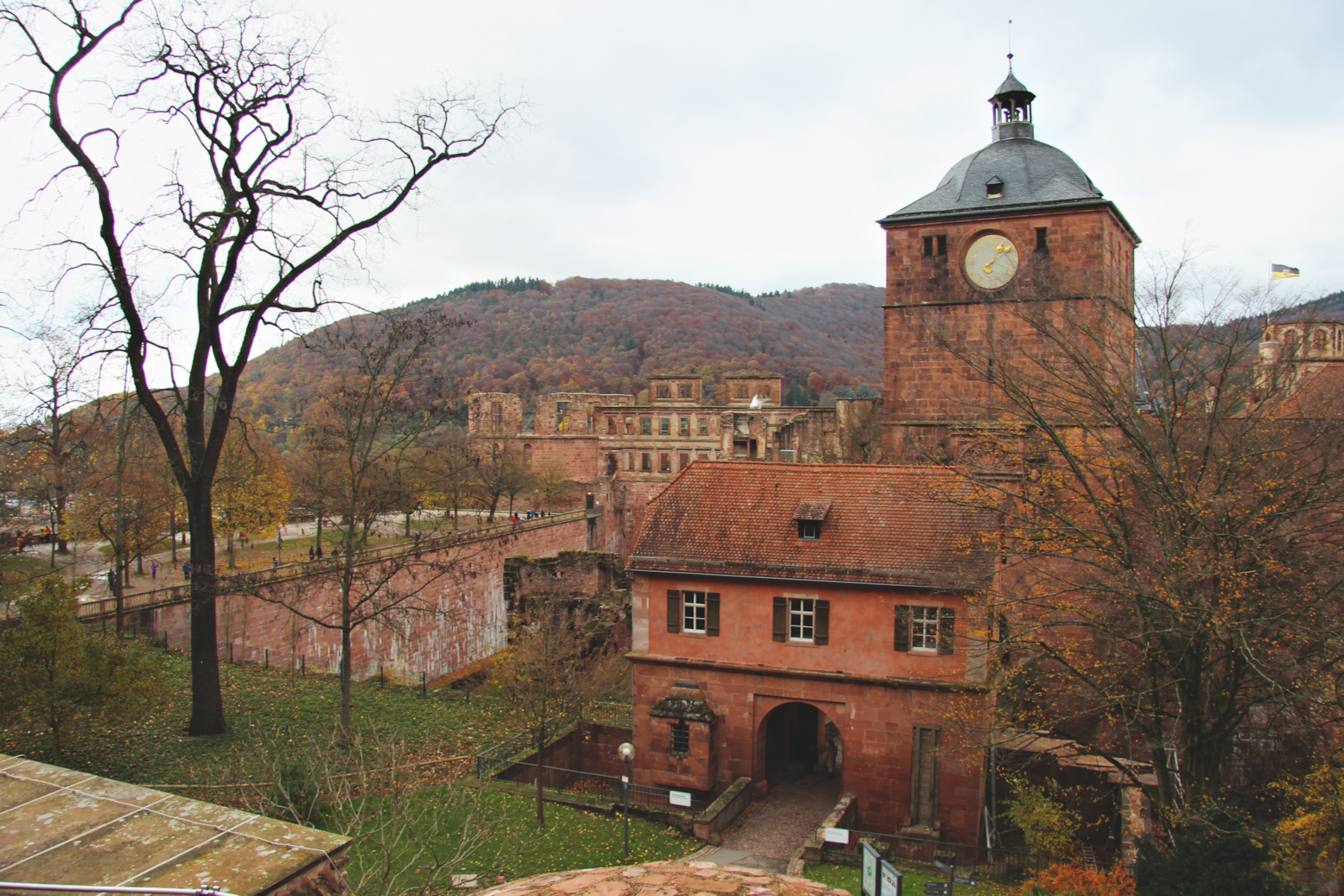 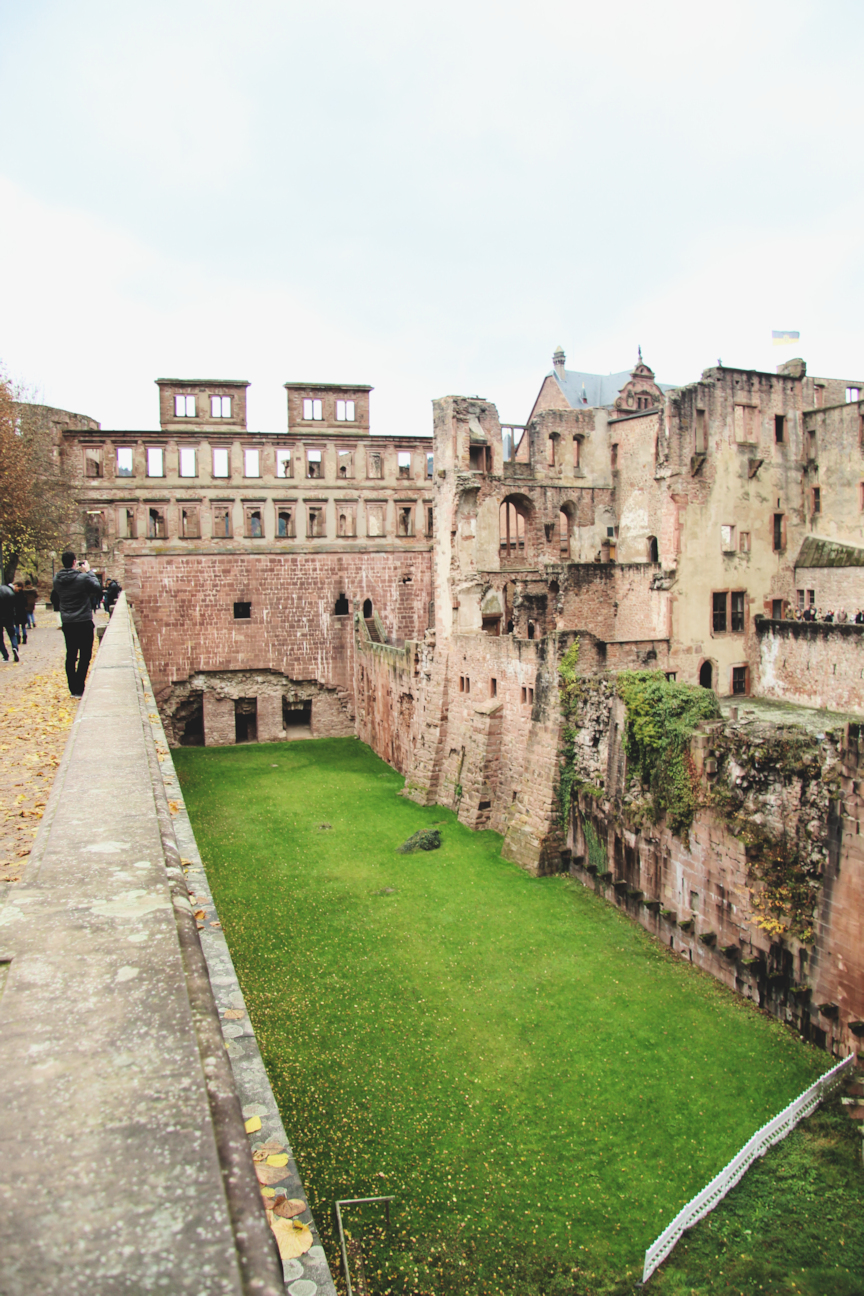 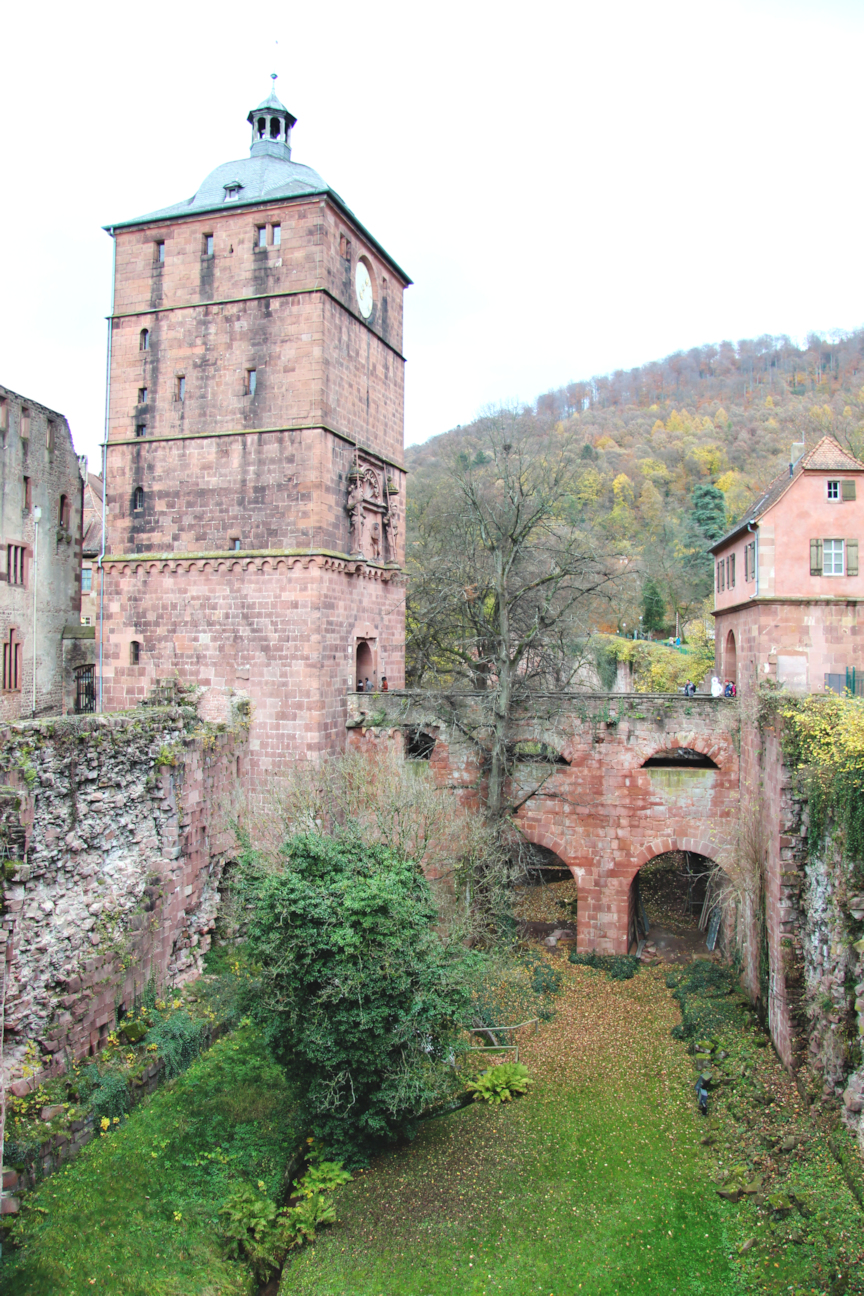 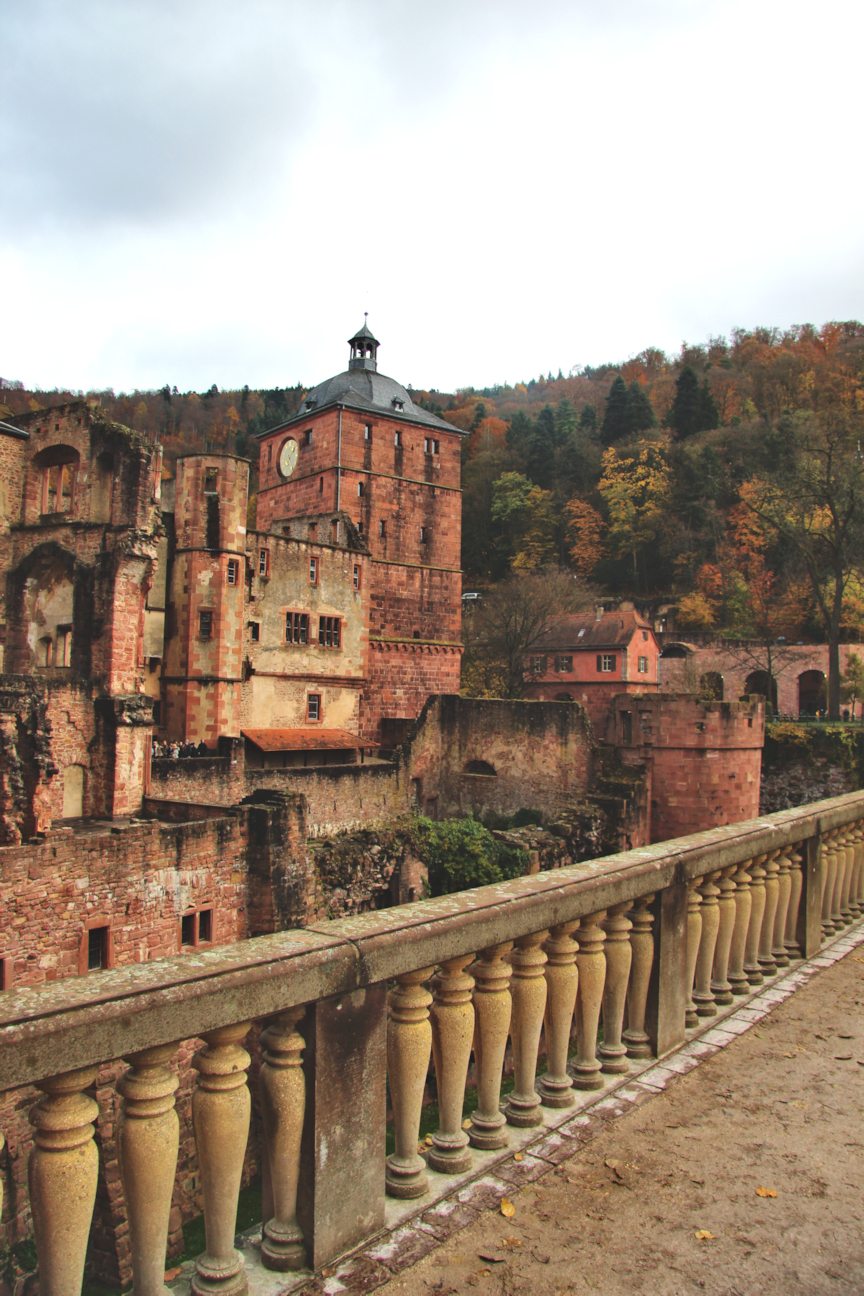 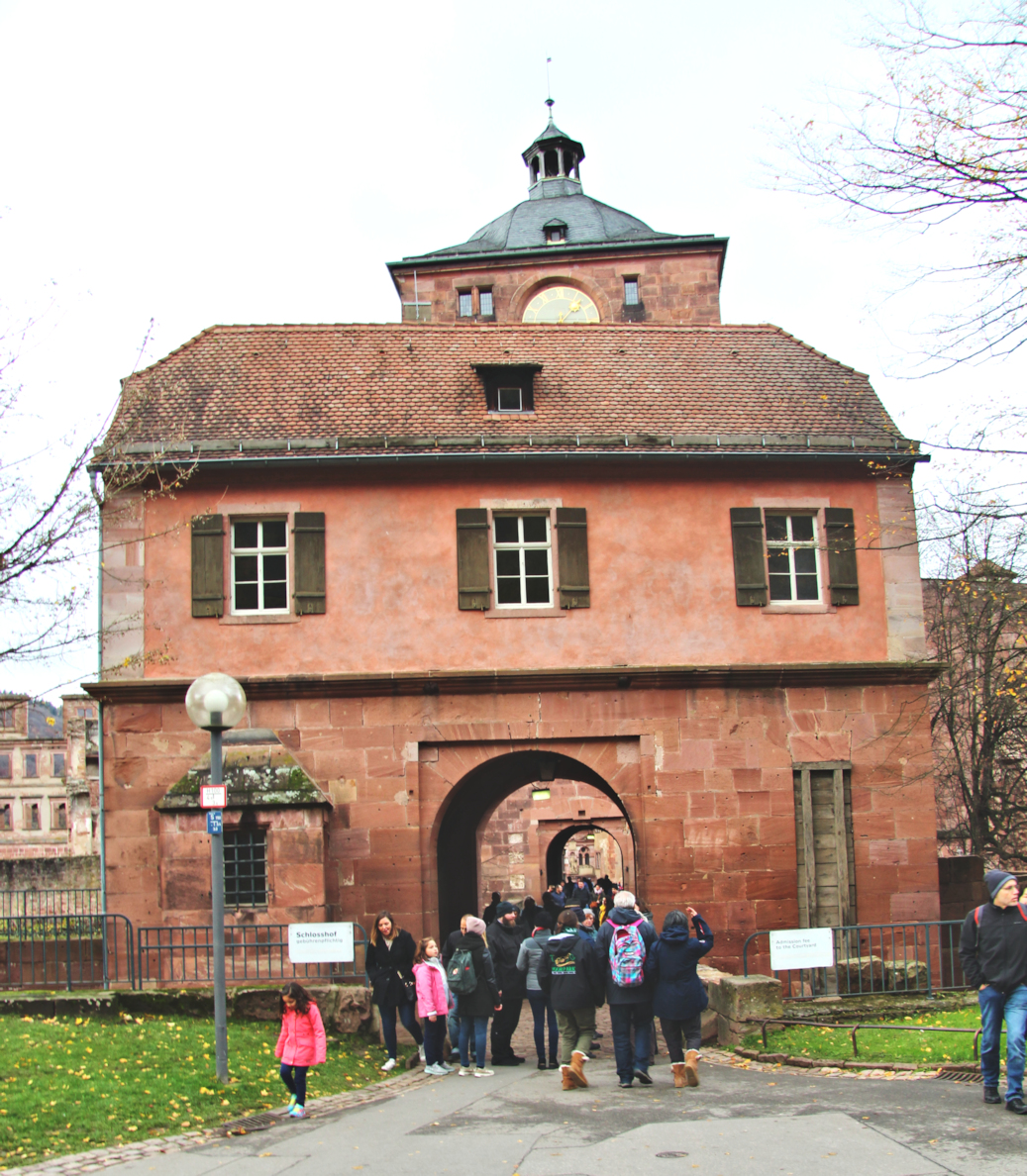 This castle, like the previous ones, was crowded. Granted, we did see them over the weekend, but it was obvious that castles are huge tourist draws here. Makes sense, they draw me in! Included in the large crowd was two girls dressed as Hogwarts students, Slytherin and Griffindor. We did chuckle a bit at that.

Inside the courtyard, the different castle buildings are a mismatch of different building eras. The earliest records of the castle dates it back to 1225, and then lots of people came in and added in their parts. 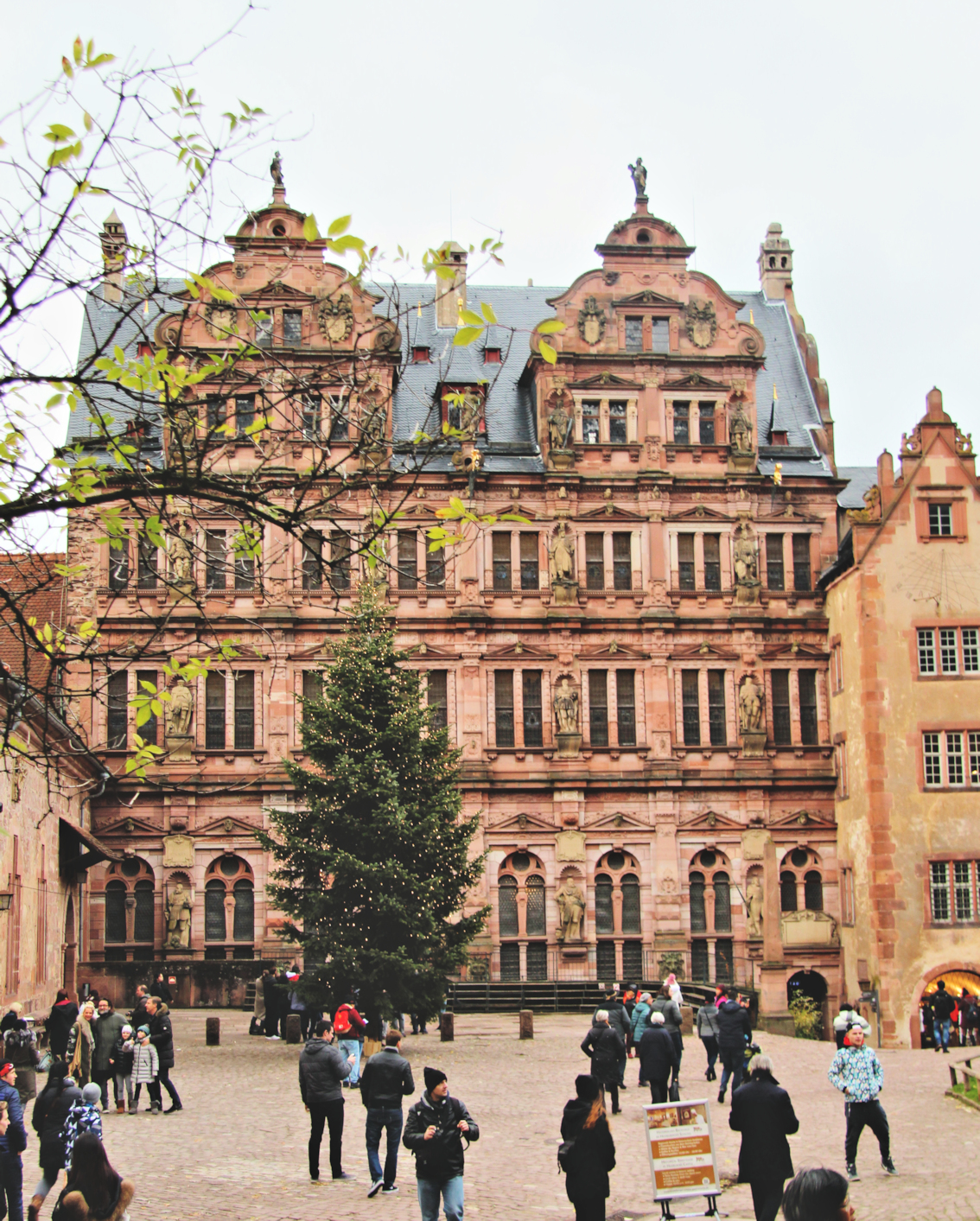 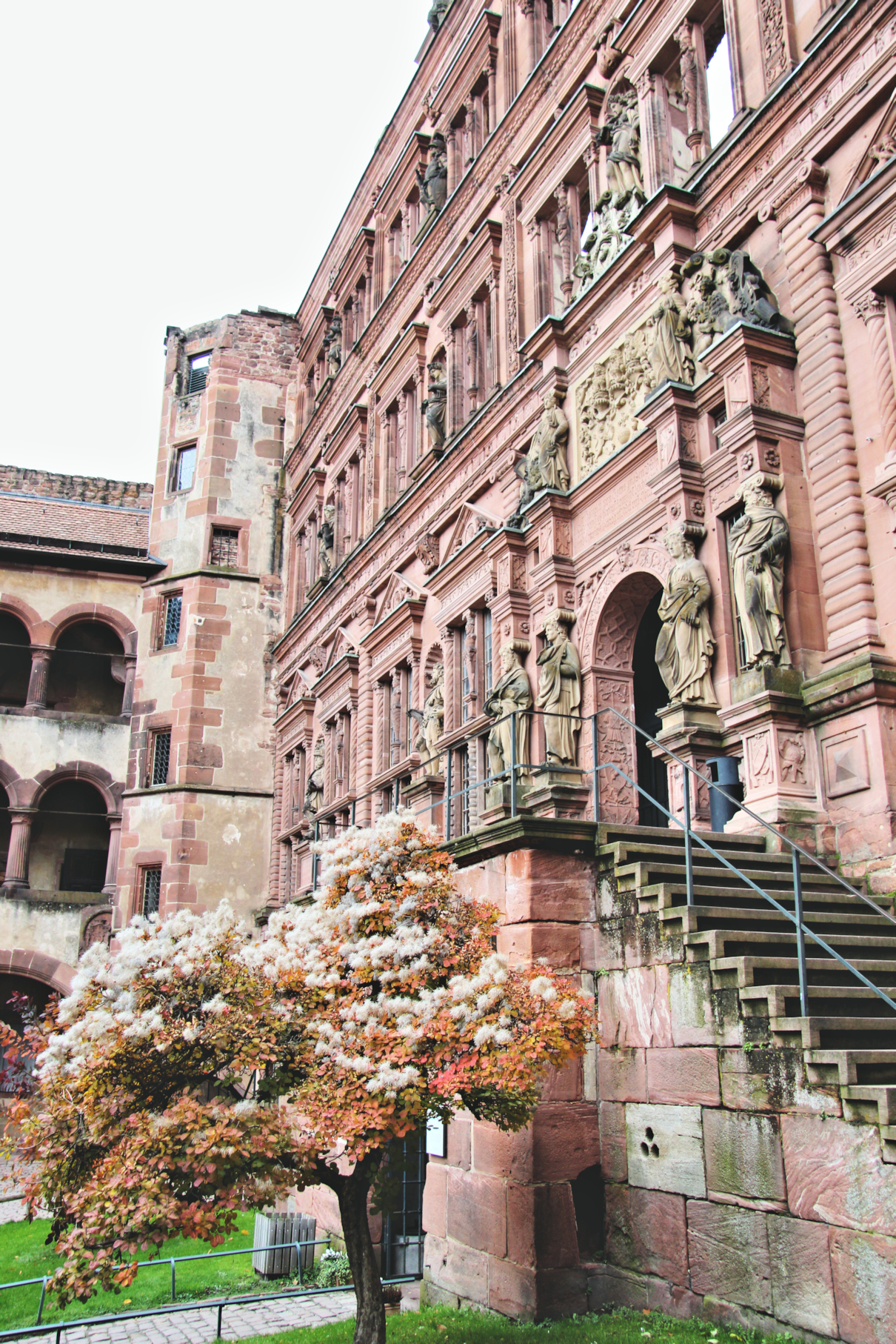 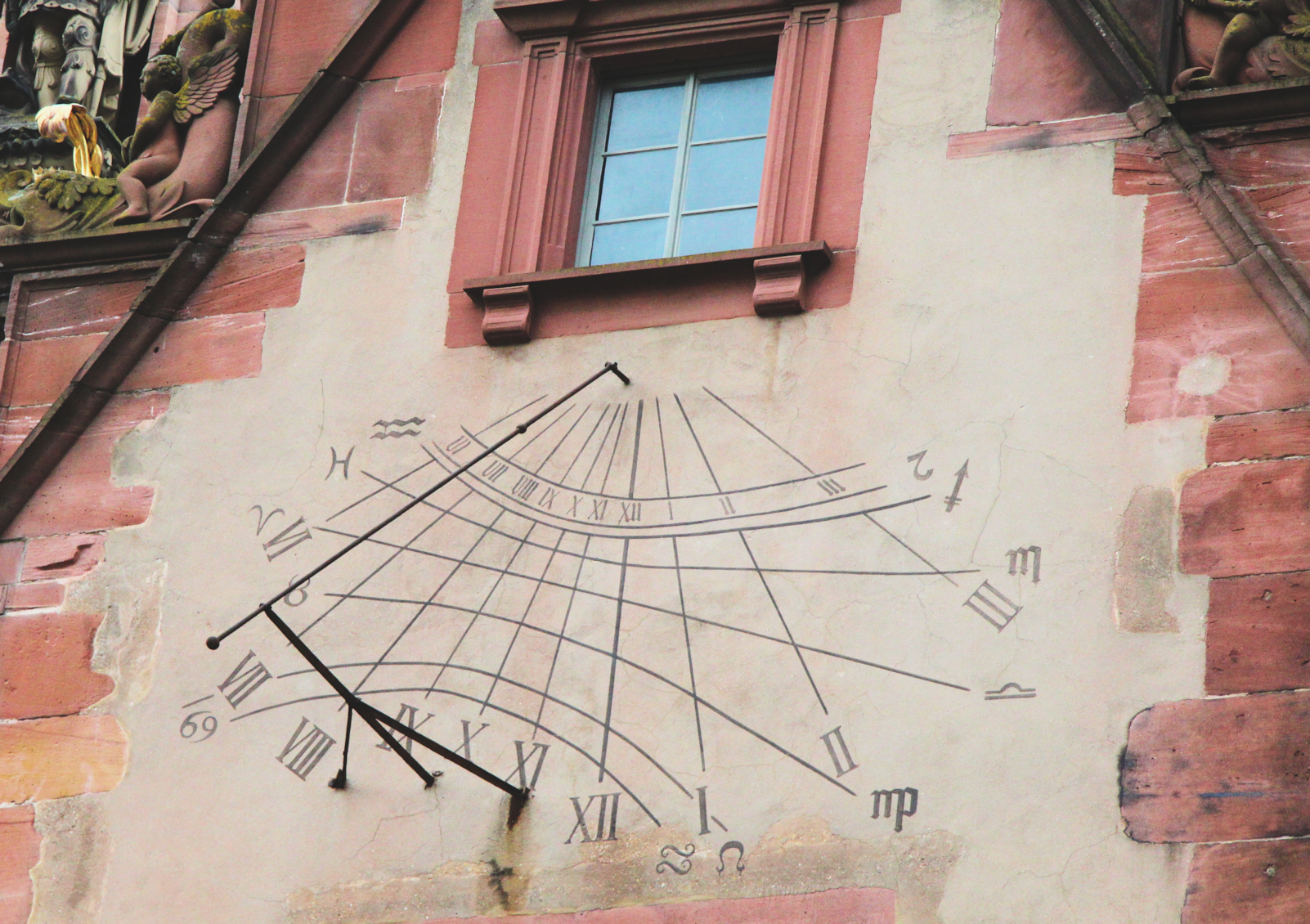 Underneath the castle is a cafeteria with wine and beer, and an enormous wine casket. It was never used seriously for wine but seems to be some kind of centuries-old joke for the castle. 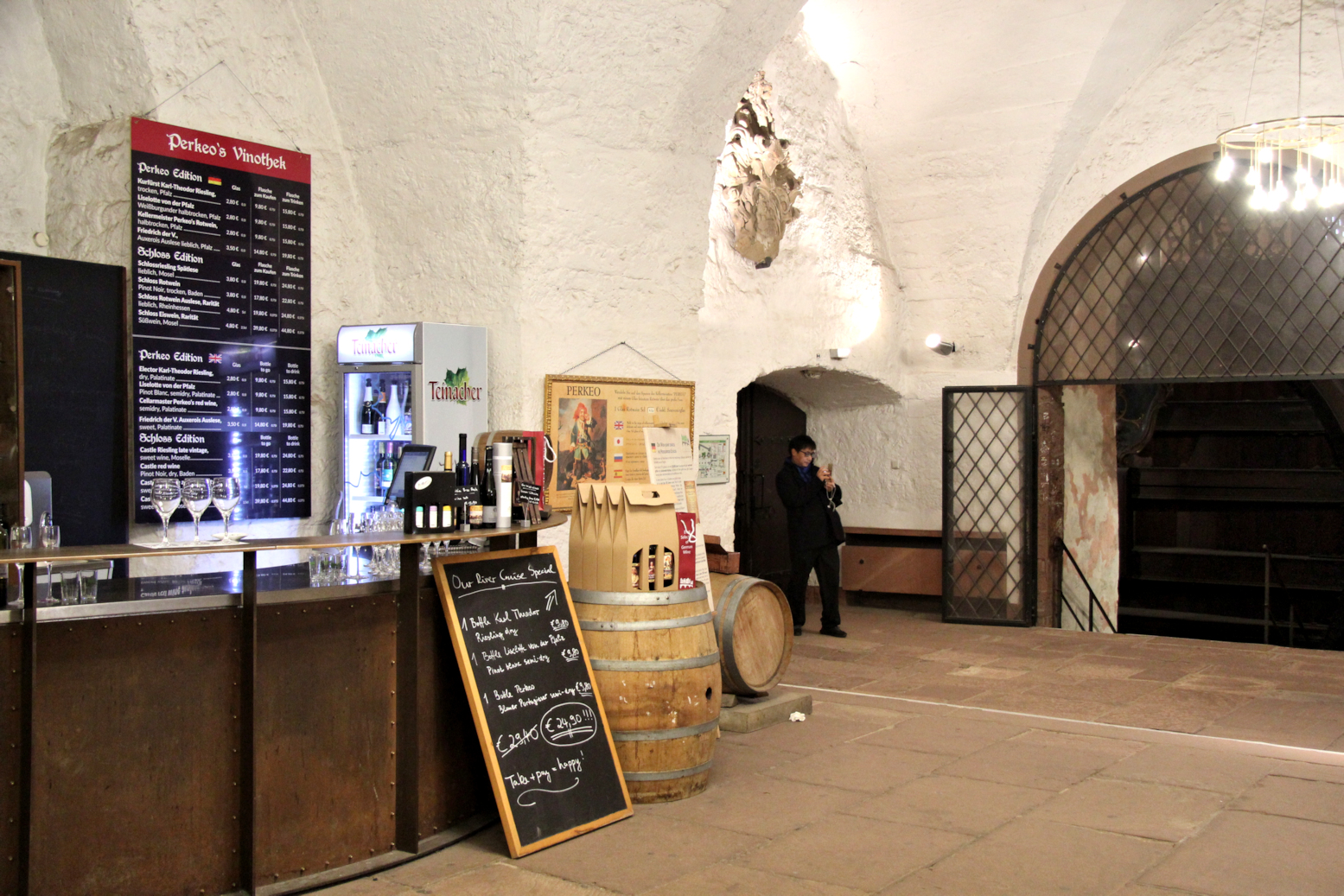 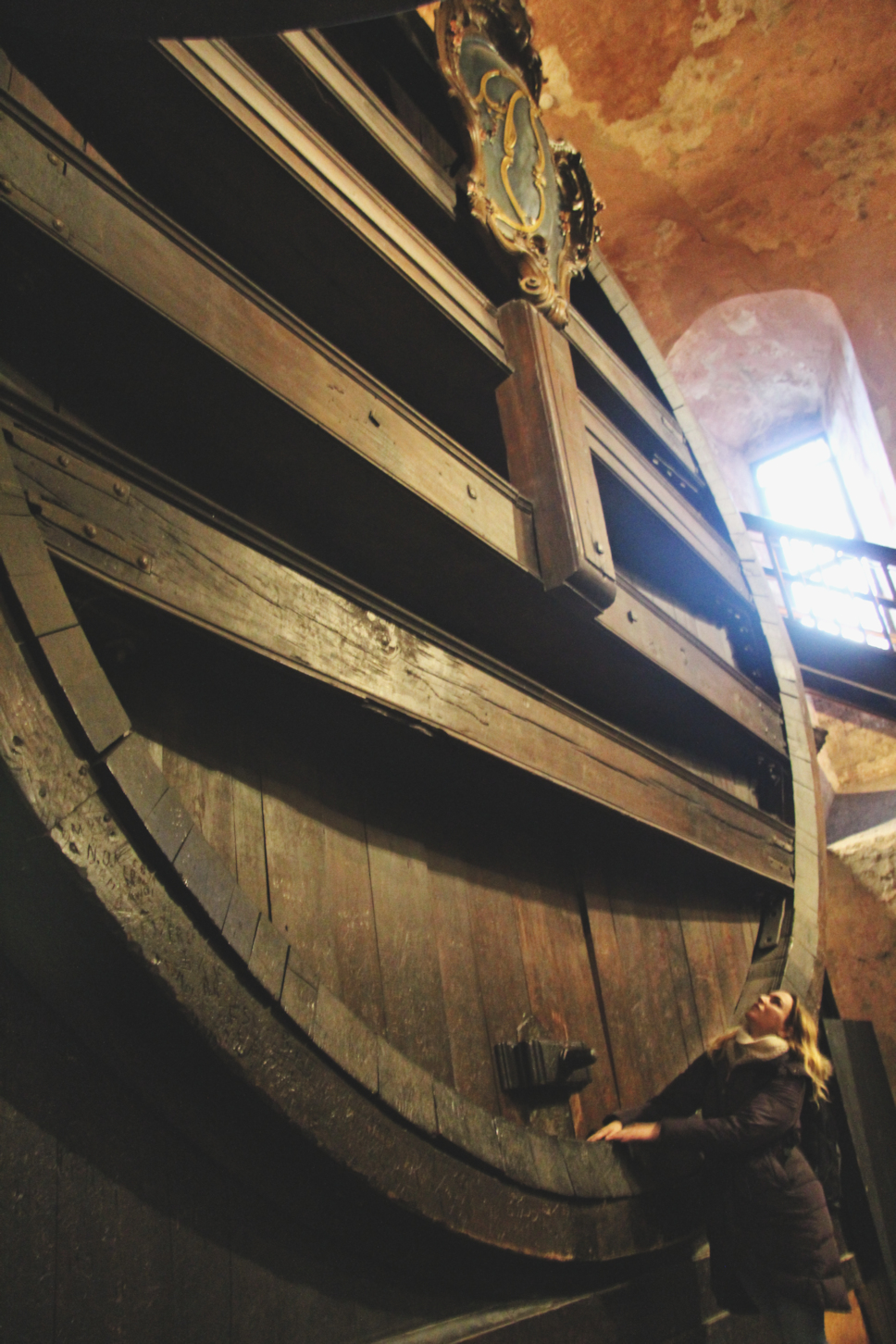 We left the castle through the gardens, giving us another perspective of the castle. The castle walls were three meters thick, visible in this part of fallen wall. 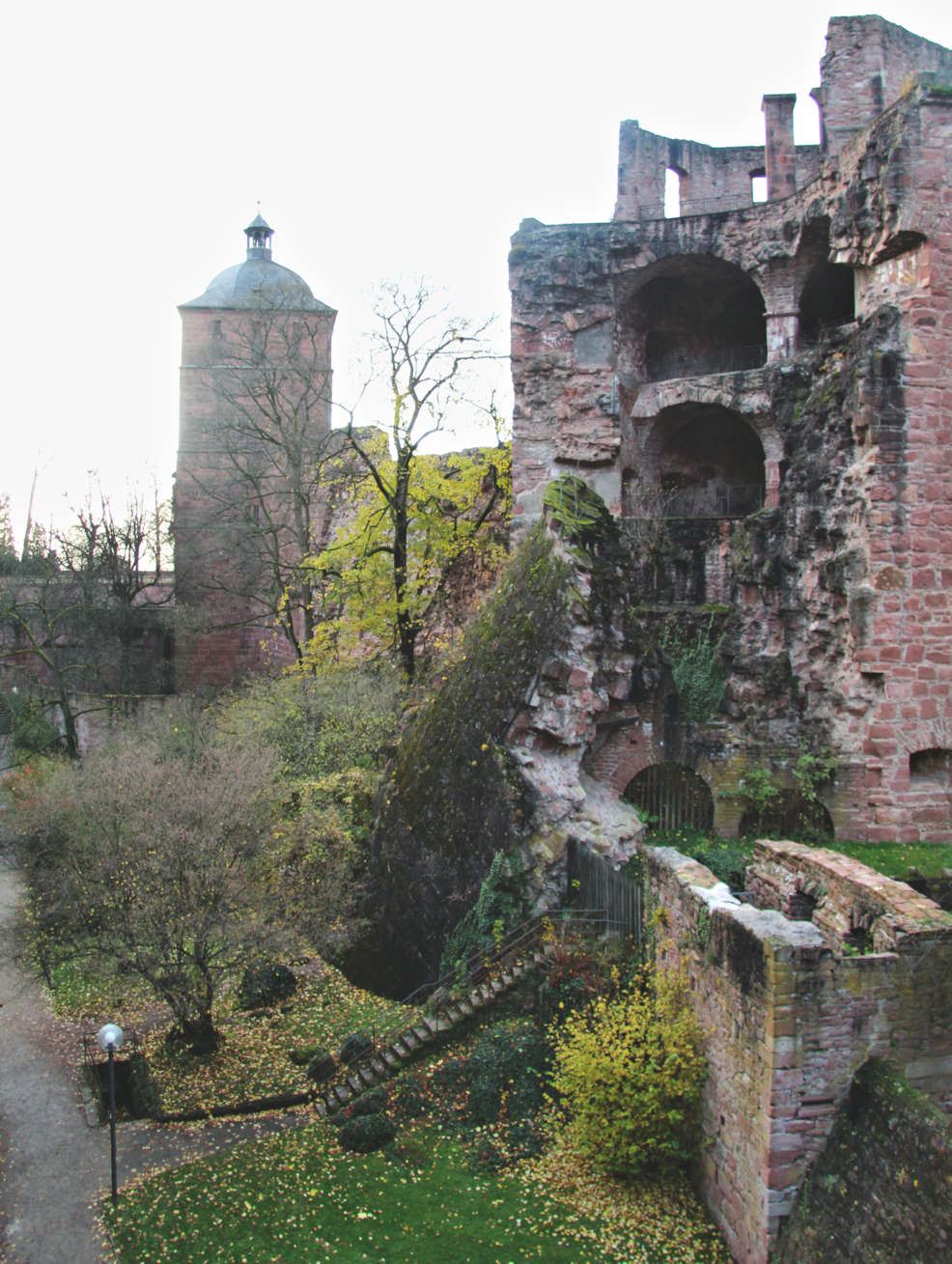 It looked like that area was accessible at some point, but it seems to be closed off now. Unfortunate, as I could see staircases and the shadows of furnishings in the exposed interior. Maybe there’s a VIP tour that takes visitors through there.

There are also roman baths lining the garden, but the history was explained in German signs, so it is still a mystery to me. There’s a few gated off areas that I wanted to get into, but the gates were pretty securely padlocked, not that I tested it of course… 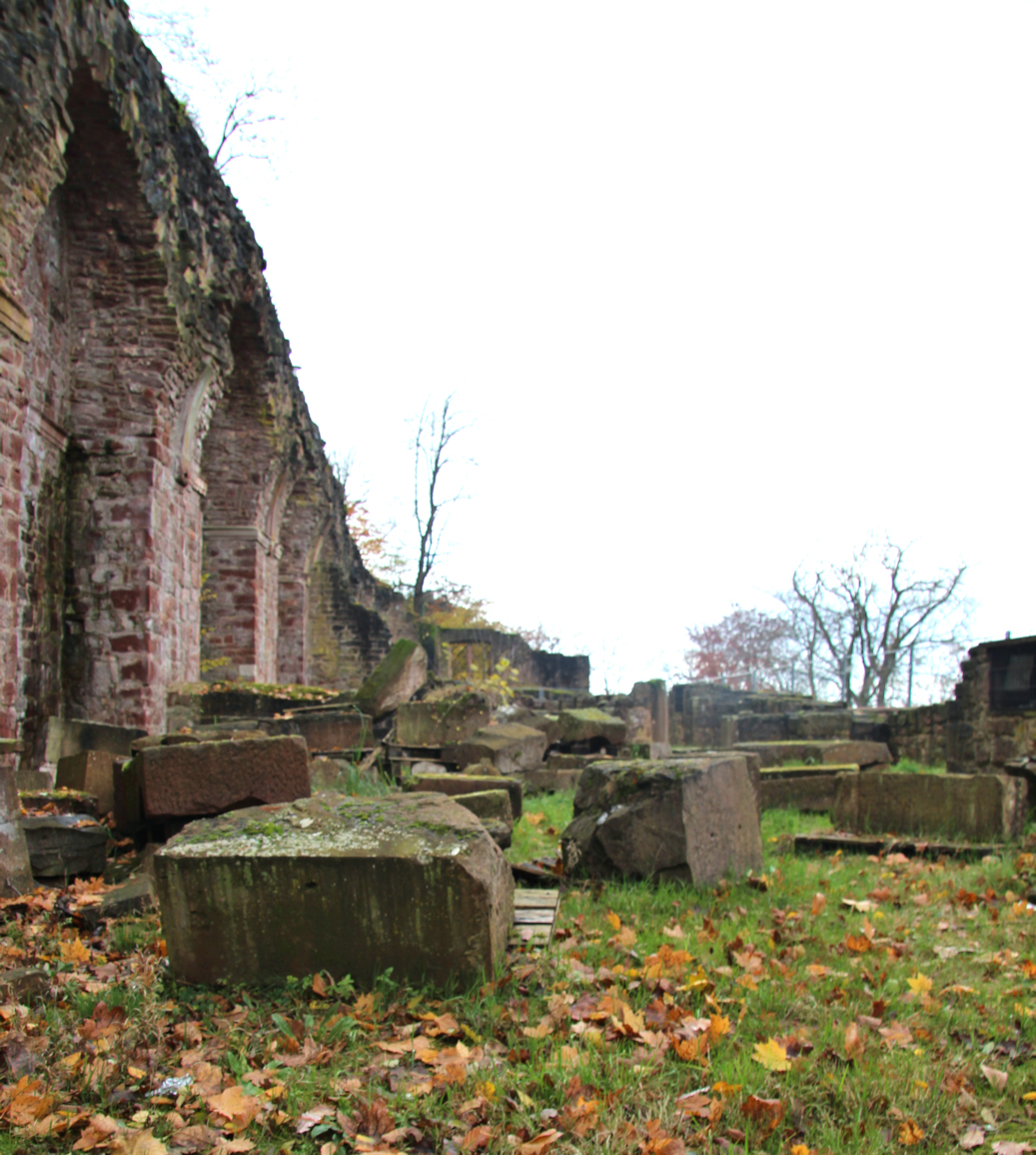 The gardens allow for an incredible view of both the Rhine and the town of Heidelberg below. 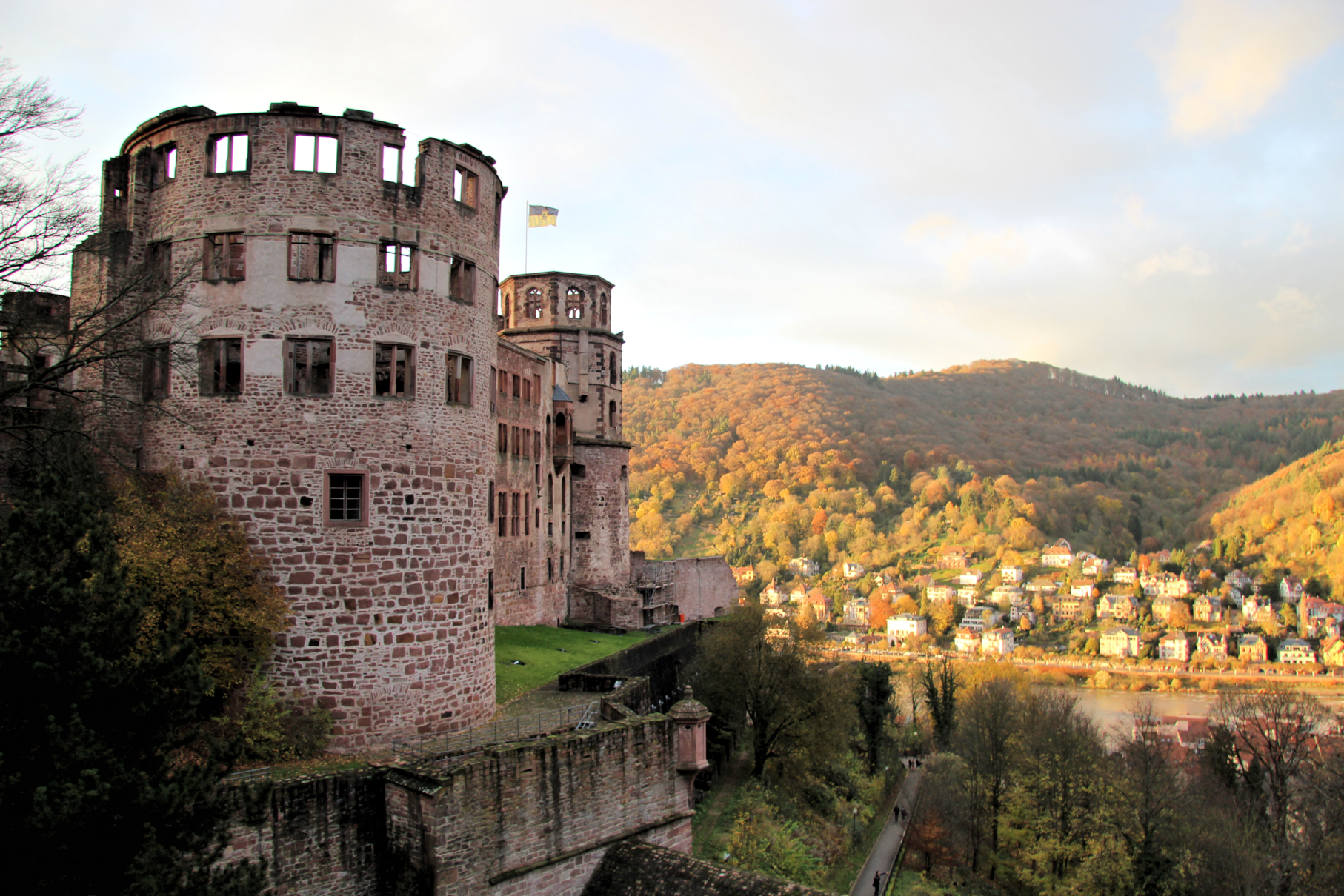 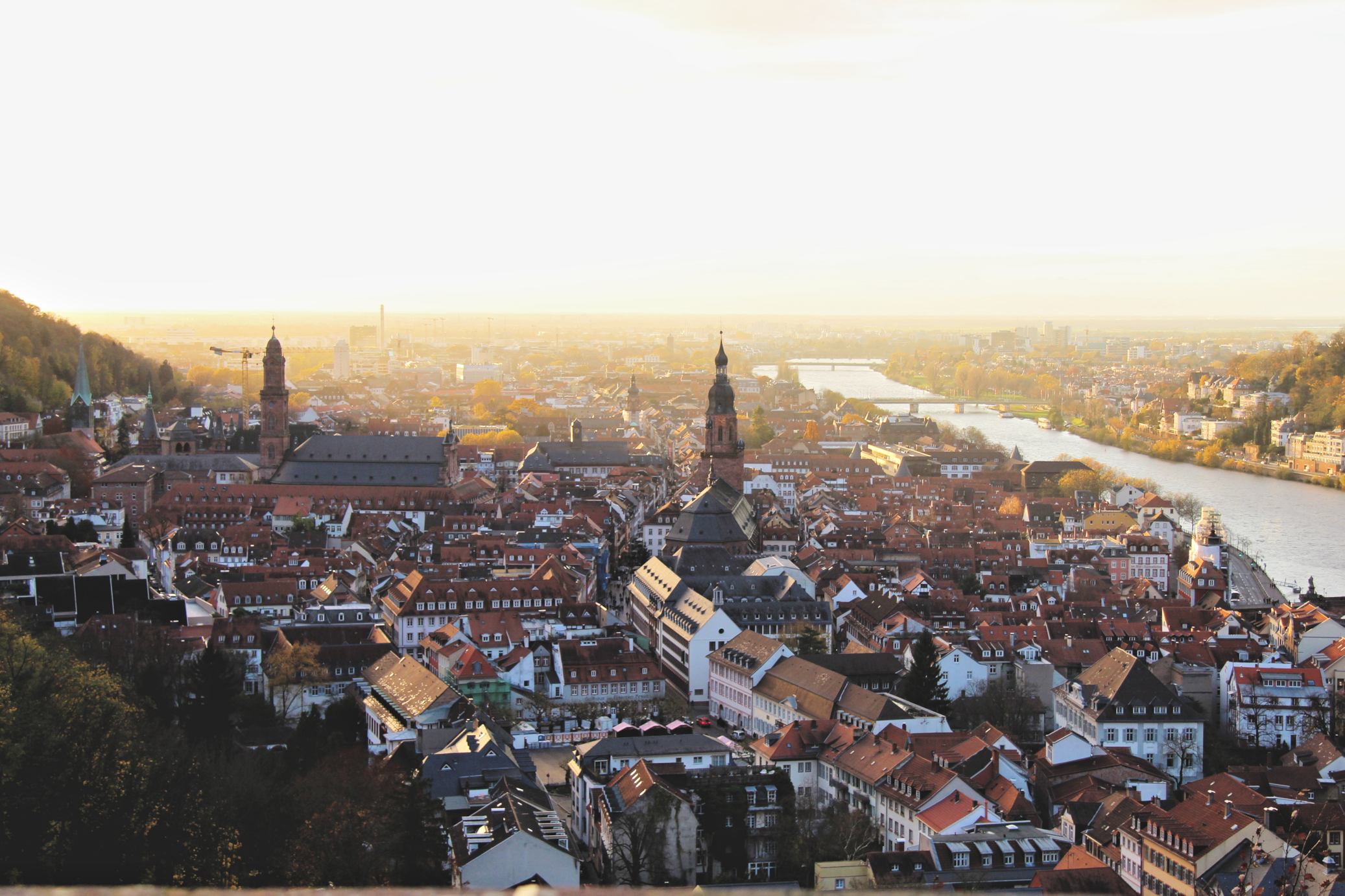 There was a vineyard across the Rhine, set on a steep hill, which made me feel a bit better about my farm on a hill.

The view was incredible, one of the most beautiful I’ve ever seen. I just wanted to soak it up, and see so much more of the world. I cannot believe I have waited this long to travel overseas. 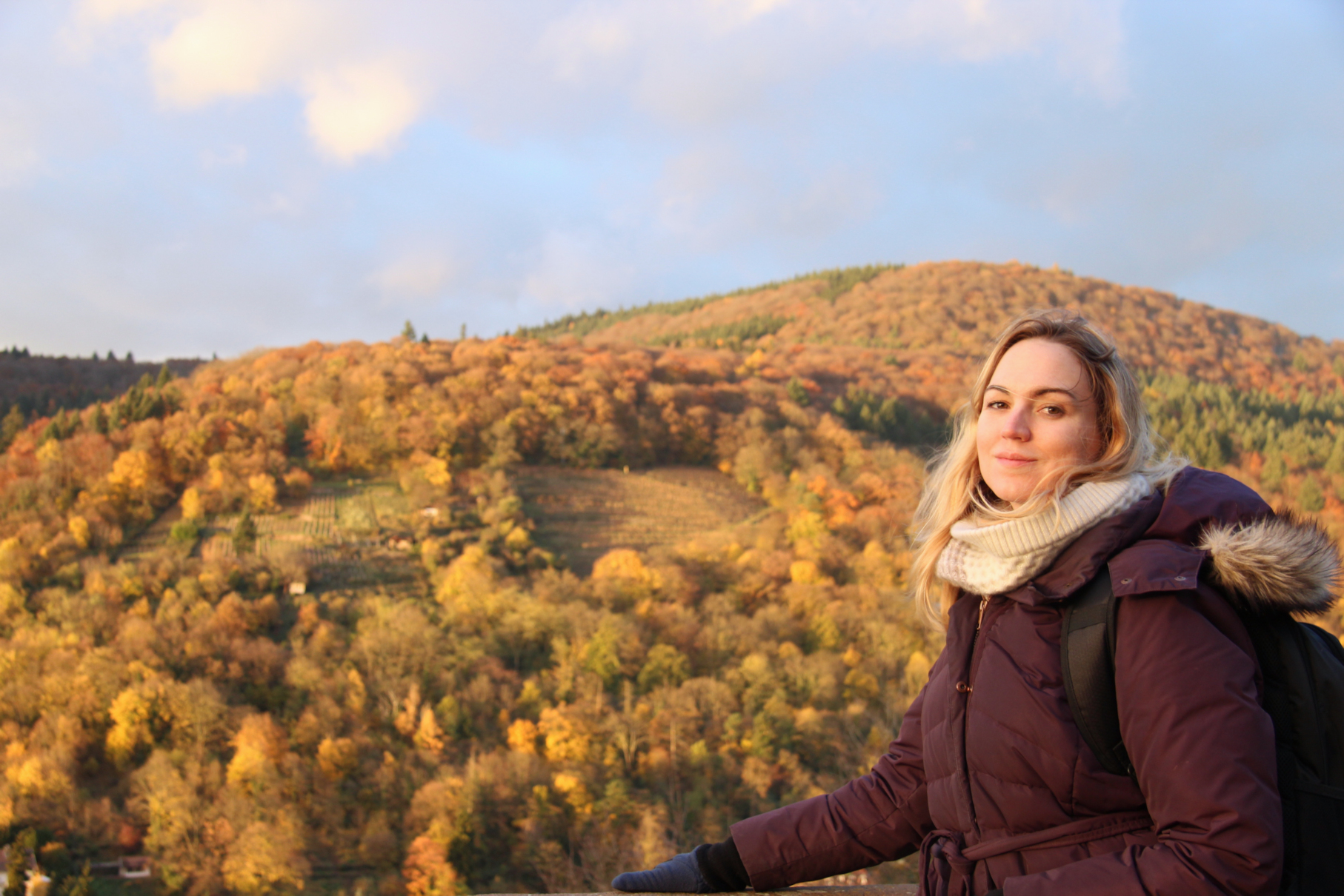