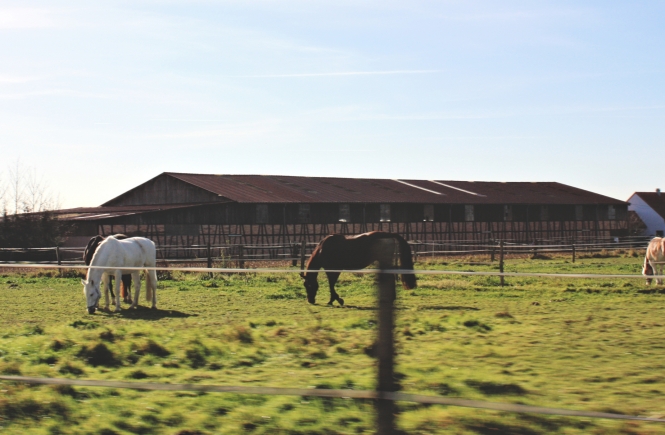 We spent the night in Cologne, and were planning to get to drive to Baden-Baden in the morning, but when we were describing our plans to our new German friend, he told us to take a detour. He lives in the Rhineland area of Germany, and he encouraged us to get off the highways to see the countryside and multitude of castles, and also swing into France. He told us there’s no border control, and he was right. We didn’t even realize we went into France at first, and then things seemed a little different…

It was a great idea, and I’m so glad he suggested it. We saw the raw countryside of Germany, free from tourist attractions. It was a beautiful open countryside of vineyards and quaint, beautiful towns. It was interesting to see the different towns as we could tell what century/decade they were built based on the architecture. I don’t know how far back the buildings dated, but some towns were more medieval looking, others looked like they belonged in Pride and Prejudice, and still others looked like block buildings of a communist enclave.

The architecture also changed as we got closer to France. The buildings were strong and masculine looking in Germany, but in France, they gained a little bit of fashionable flair.

There was a lot of open land, but seemingly few horse farms. I saw the one above, and I saw a very compact one next to one of the adorable towns, and maybe a few in passing from the highway, but I really expected way more horse farms with all that open land. I may have been driving on the wrong roads or something…next time I’ll have to plan my trip to visit local farms as I find it very interesting how other people care for their horses. The compact one next to the town would have been neat to look at, as there were about 6 horses on it, and it must have only been two acres total, including a small ring. It was not a mess of mud though, due to heavily utilizing their stalls I’m sure. But, efficiency interests me, and I would have loved to examine it more closely. I could probably learn a few things in better managing my own property.

Driving through the French countryside, playing fantasy house hunting. I’ve got a good feeling about this one!!

We decided to have lunch in France before heading back over the border. We found a giant restaurant right along the road, parked and headed in. There was a group of people at a table by the door, and they all turned and stared at us as though we’d just walked into their living room. D’Arcy had a quick conversation with them, and it turned out they weren’t serving food because the kitchen wasn’t open, despite the restaurant being open, so it was very awkward and confusing and we quickly left.

We moved on, and found a restaurant in a town called Seltz. 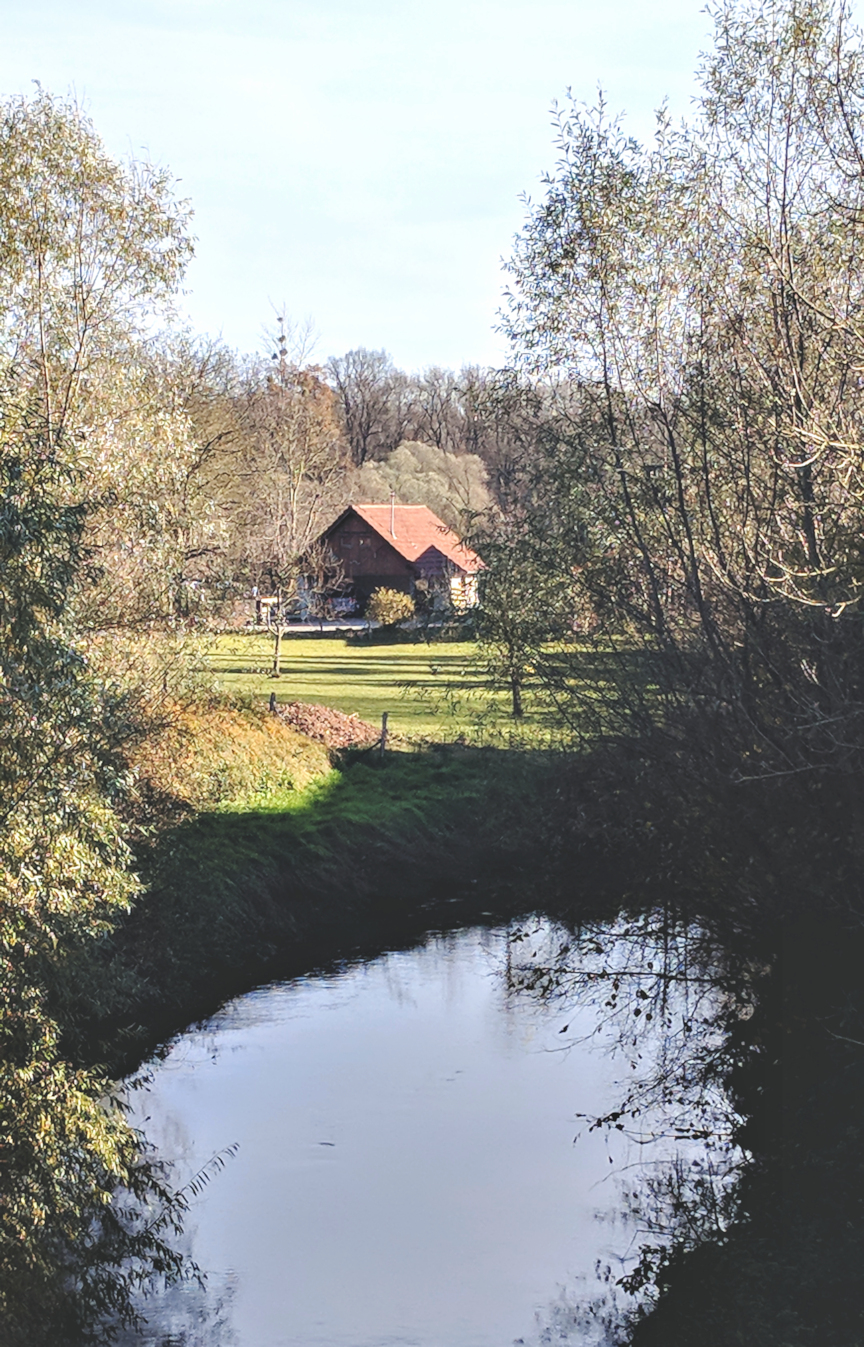 The restaurant had lots of customers for such a small town, but they didn’t stare at us like we were aliens and quickly welcomed us in. I would guess they don’t have many tourists come through so they didn’t have a translated menu but luckily D’Arcy is fluent in French, so she handled all interactions while I sat with a dumb smile on my face. But the food and wine were really good! At this point, I can’t remember what it was, but whatever it is she picked, it was a great choice.

After lunch, we made our way back to Germany. We had one more stop we wanted to see before it got dark! 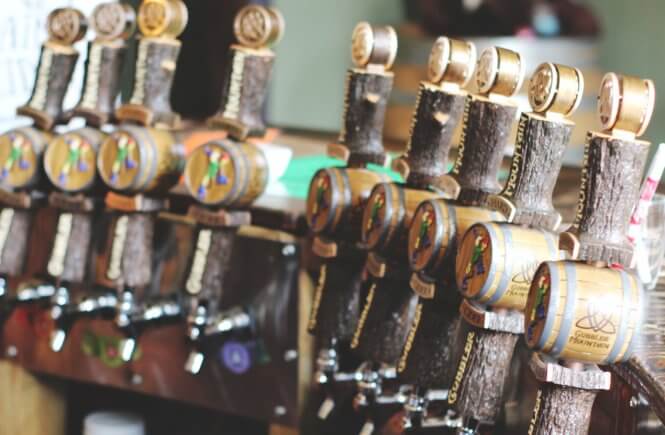 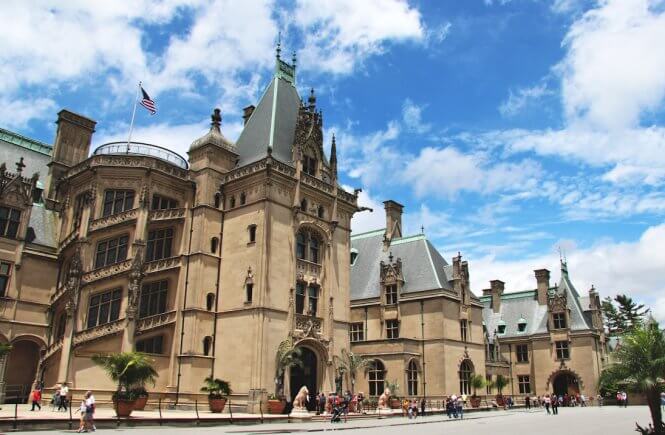 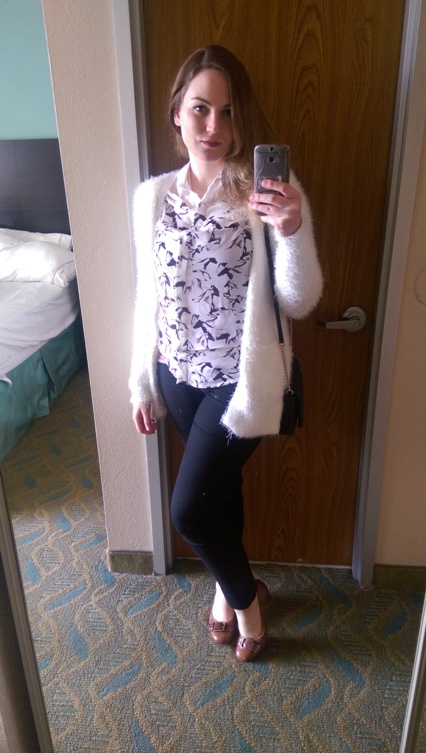