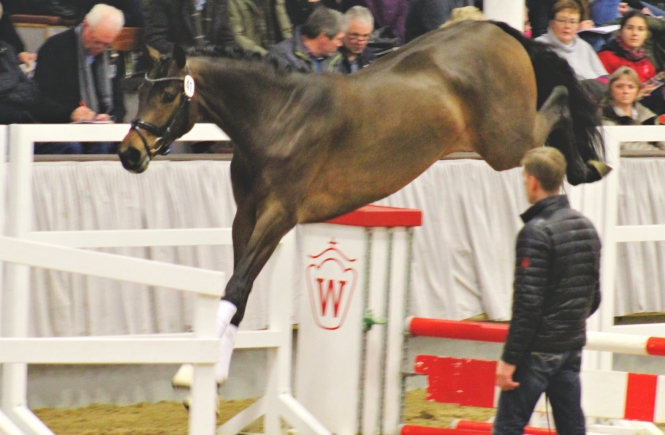 The second day was the free jumping. The dressage horses went first, followed by the jumpers, although the format was the same. First, they were run around the arena in a figure 8 to show those lead changes, then they were sent down the chute. Sadly my battery wasn’t charged (dang confusing foreign outlets!) so I didn’t get as many photos as I wanted. But I loved seeing the contrast between the two types. I got the impression that jumping didn’t come very naturally to the some of the poor dressage horses. They were awkward, seemed to be confused, a few added strides into the grid to buy themselves time to consider this obstacle, and one made a very successful bid for freedom and ran right out the side of the chute. Smart horse. It was hilarious. 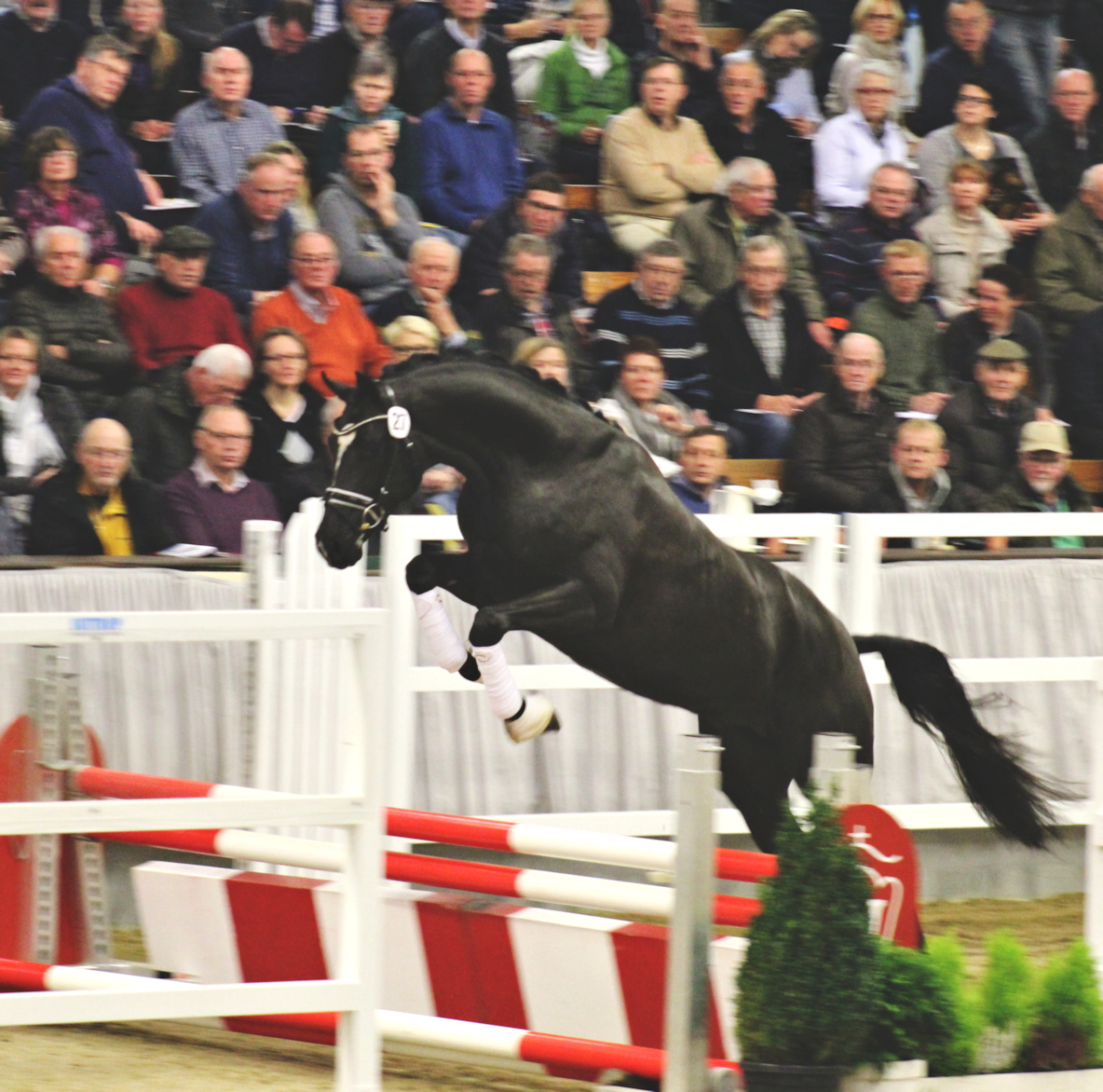 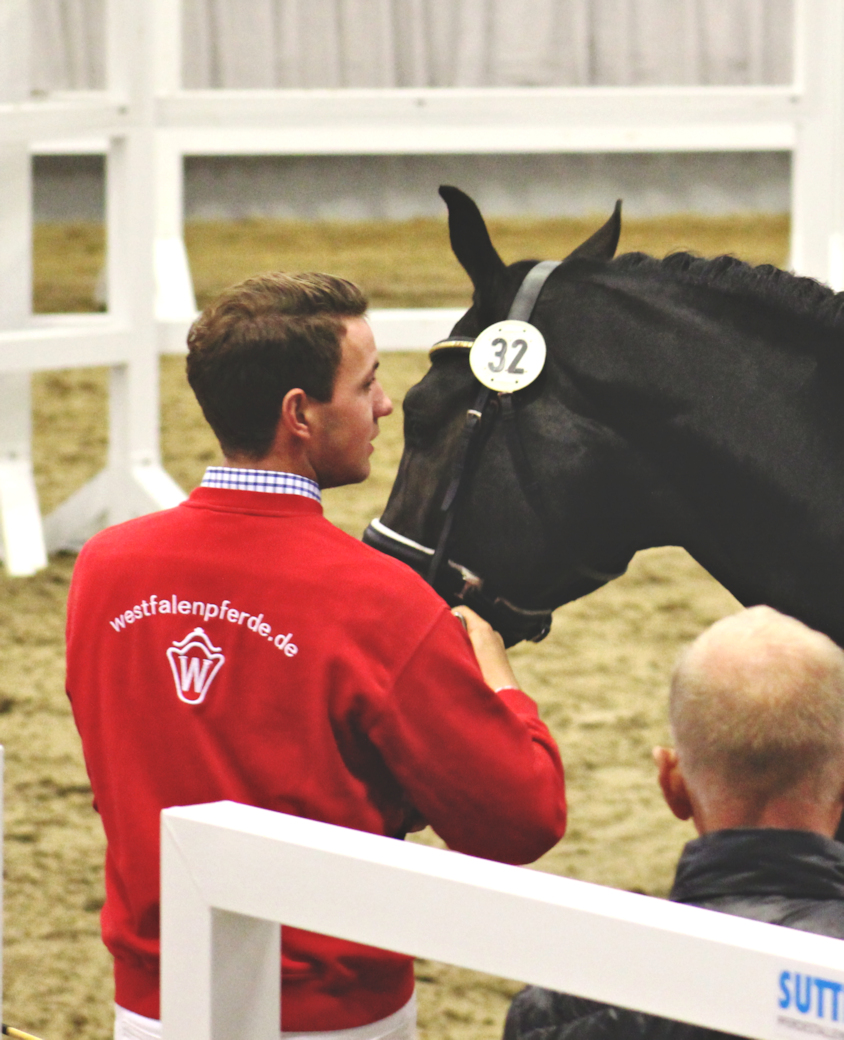 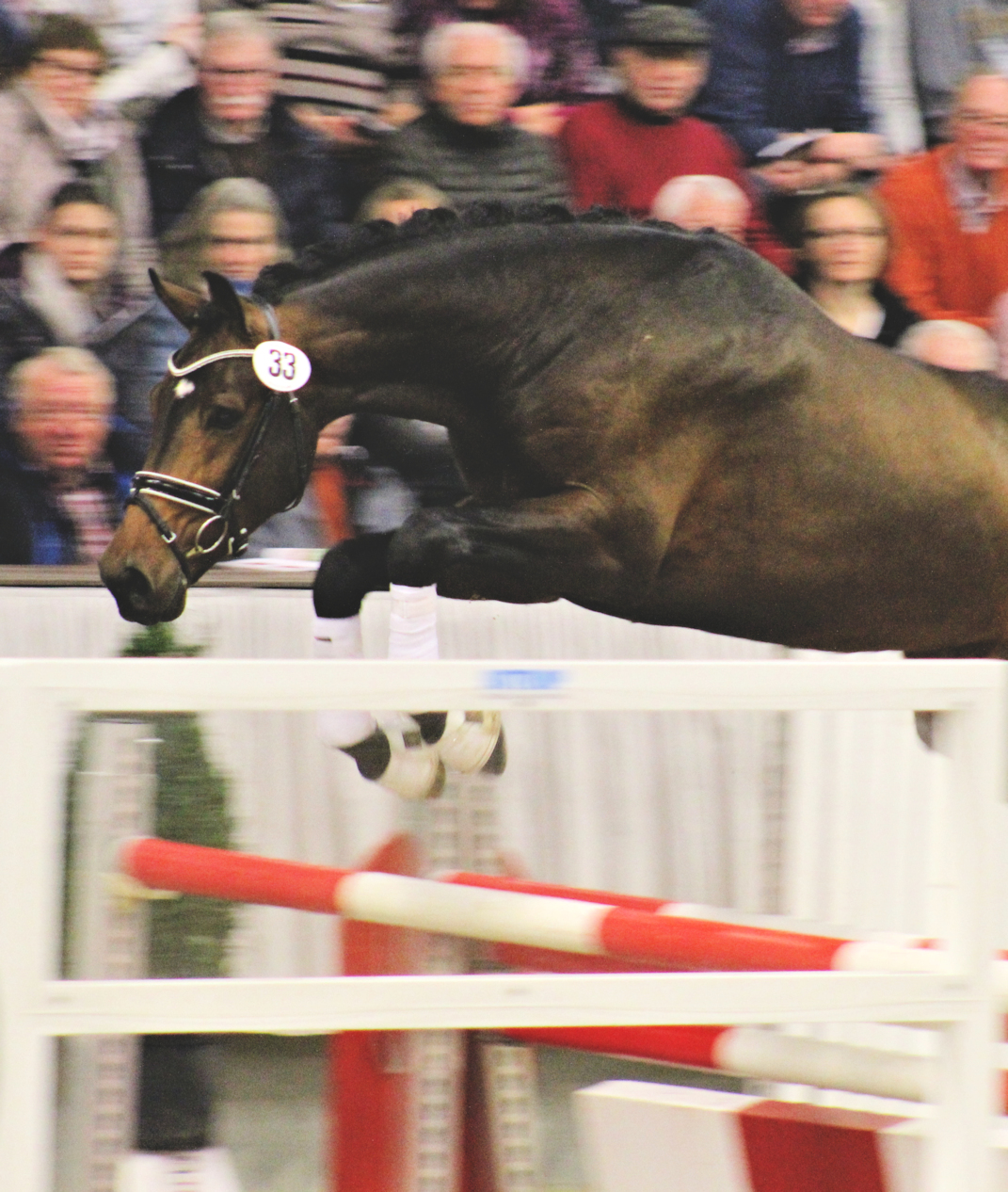 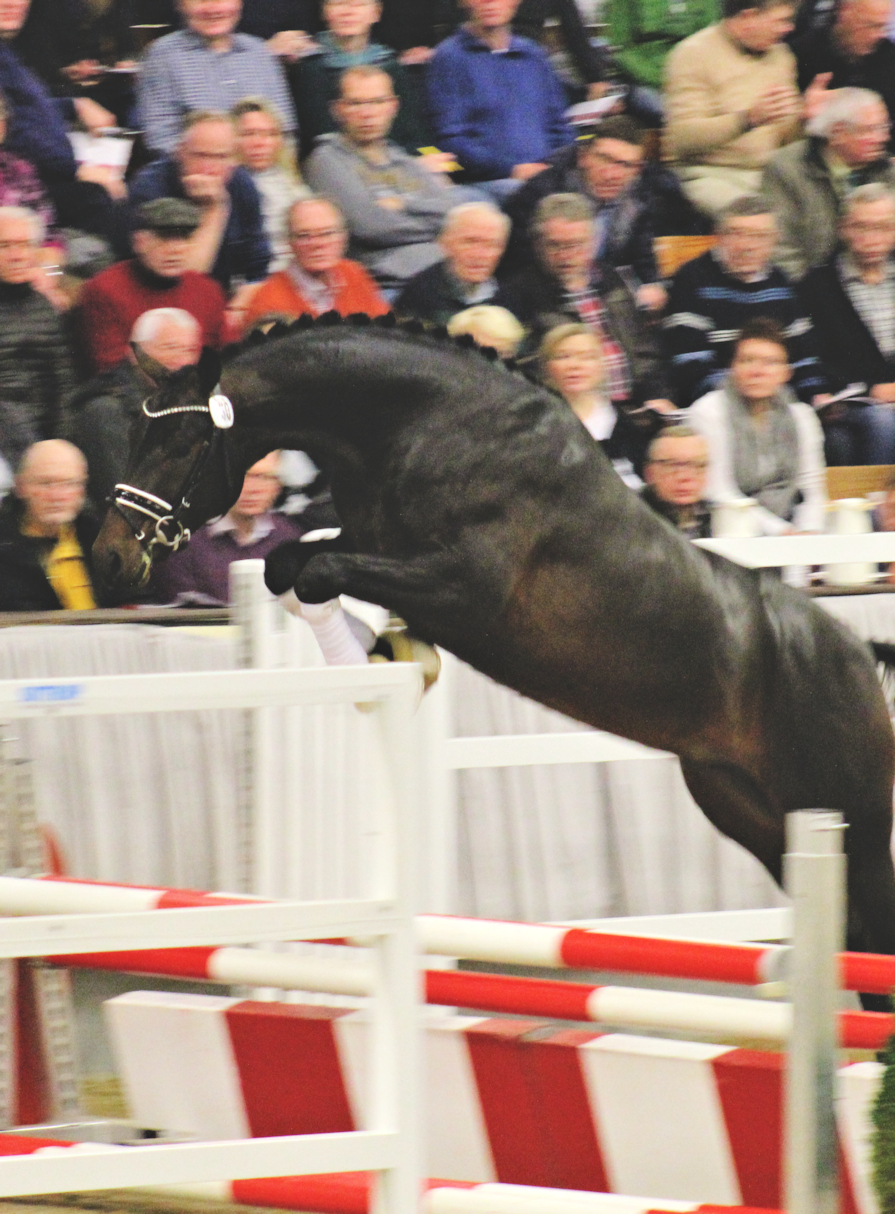 There was a huge crowd for this event. Jumping seems to be the crowd pleaser, although it was still shocking to see so many people on a random Tuesday, during the day, show up. As the day went on, it got even more crowded, and it was standing room only, with people packed in. Nearby to us, there was clearly some drinking going on, as some enthusiastic men started roaring and beating on signs in approval of the nicer jumps, occassionally even spooking the horses. 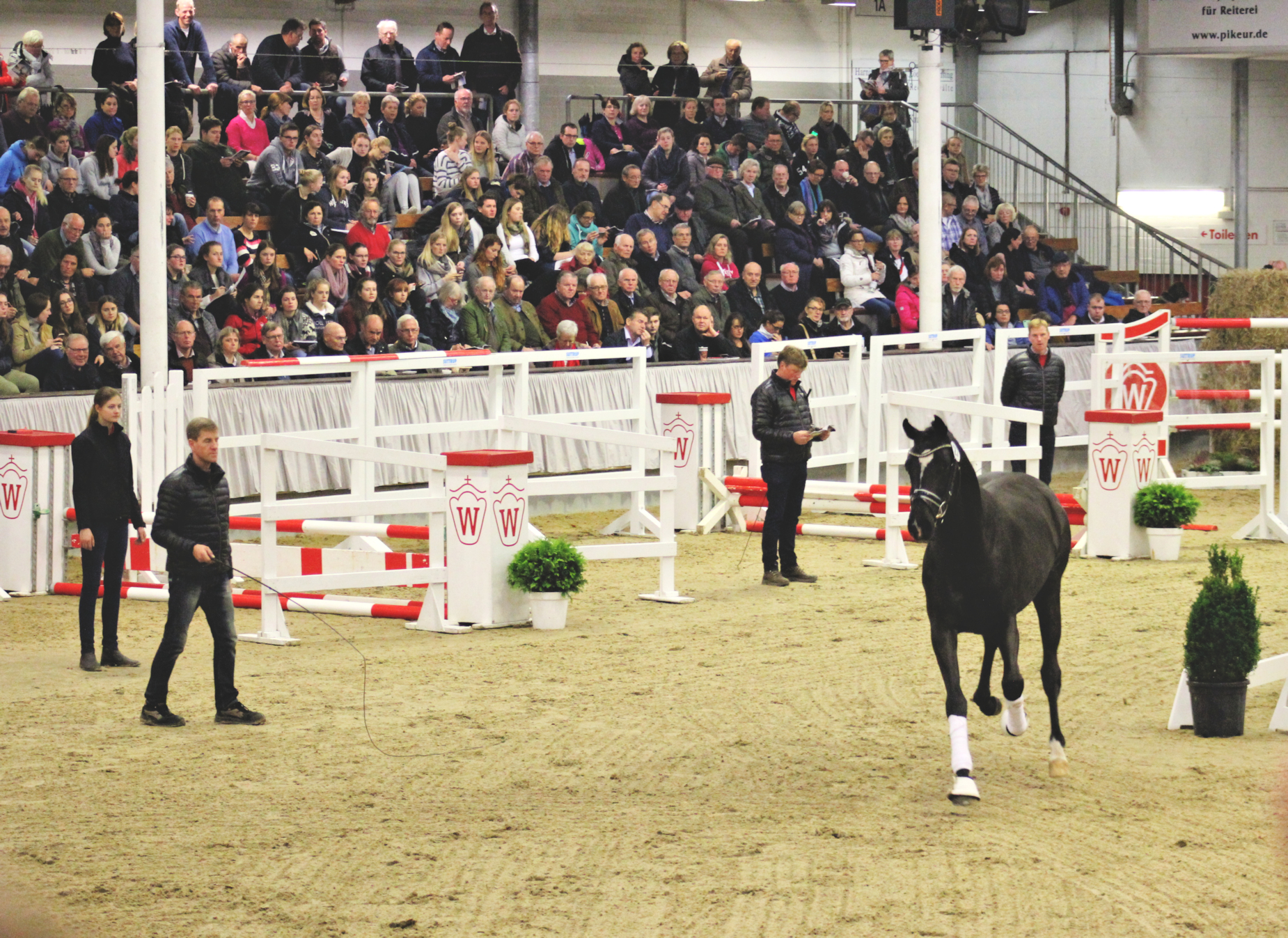 Today also had the added benefit of telling us which stallions were approved. After a bunch of stallions went, they called them all back into the ring and decided who had the balls to make it in this cutthroat world. I could see why a lot of the choices were made, but I did have a disappointing moment – my beloved #20 was not approved, and no one seems to know why other than there were 3 other colts with similar breeding. The judges try to make the bloodlines a little bit diverse, you know. I also didn’t get to see him jump because I got a delayed start due to taking hotel pictures, so I feel like I let the poor guy down.

I did go see him during a break and I gave him lots of scratches to comfort him. He seemed cheerful enough, which is all the more reason the poor guy should have been approved! But, this did start my scheming for the remainder of the event – should I buy him and bring him home, now that he’d be much cheaper. But, it was never serious, and also I was told the dressage horses sell for more, and could go anywhere from $7,000 to $700,000, and he’d likely be expensive because everyone liked him…and I got insider information that his owner wasn’t into selling horses on the cheap. Not that I was ever truly serious because I have too many horses already, but man, I really liked that horse.

But, other than pining over a love lost, it was very educational to see all these horses jump. Comparing all these horses to each other, and sitting through so many jumps, it’s easy to develop an eye for who is better than others. Some were clearly not cut out to be jumpers at all. Their jump was sloppy, they weren’t careful at all, and they weren’t brave. Some (even some dressage horses!) excelled. They were brave, they were scopey, and they were effortless. It was easy for them, and it was fun.

I got to compare a lot of jumping styles. There was, “knees to eyeballs,” there was “throwing the body high, but dangling the legs,” there was “head and shoulders first, and then legs,” the deer leap, and another crowd favorite, the “fifth leg out of no where,” of the horse who set themselves up all wrong for the jump, but somehow made a spectacular save.

Each horse was run through the chute until the judges felt they had a true read on their jumping ability. Some horses had a little bit of trouble understanding what was going on, and they got a few more runs than the ones that figured it out quickly. It was also neat to watch the horses become progressively better each run down the chute…or sometimes not become better. Sometimes they just got more frazzled and didn’t like what was going on.

It was also interesting to compare the bloodlines with the ability. Some horses had very well known bloodlines, bred for jumping, yet they didn’t inherit the jumping gene. Some of the dressage horses excelled at jumping, and I think their owners might want to reconsider their futures.

I also liked seeing the stallions personalities. Some of the stallions were happily going up to their trainers after their rounds, and others turned tail. Only one stallion I saw looked actually dangerous. He kept trying to bite his handler and was ready to strike out when people approached him. He was handled with caution and authority.

It was also interesting to see the handlers. One handler in particular was well known for being a “stallion whisperer.” The stallions he handled all seemed to change their tempo to what he wanted. He had such an influence over them that their body language would go from being tense and excited, to calm and alert. He knew what he was doing.

Sadly, this was our last day at the stallion inspection. I stupidly prepaid a hotel all the way in Cologne, so we had to go sleep there for the night. I had thought that I would be overwhelmed with stallions and ready to see more of Germany, but that was a mistake. I was not overwhelmed, and all I wanted was to watch more. The following day would have been the Premium awards, and the auction, and I think that would have been amazing to watch. I guess this just means I’ll be back next year to watch it again! 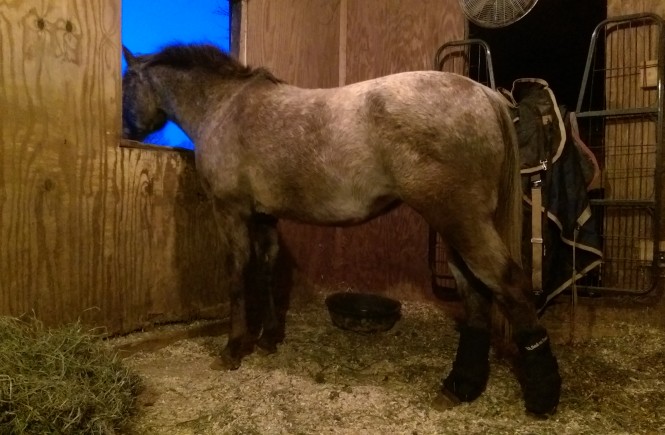 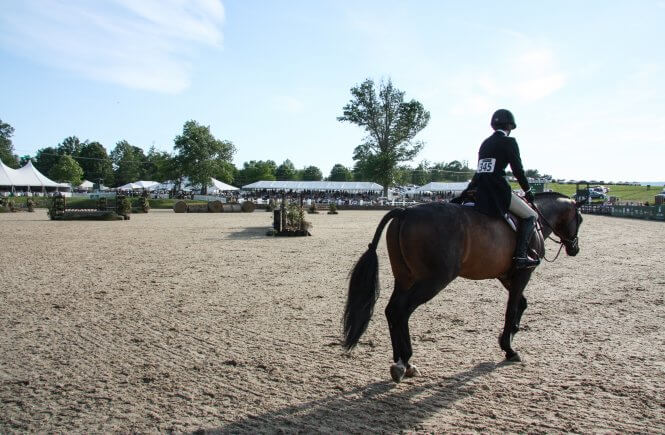 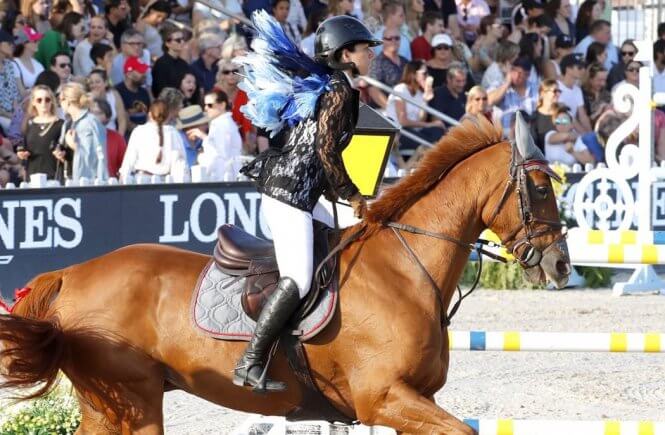