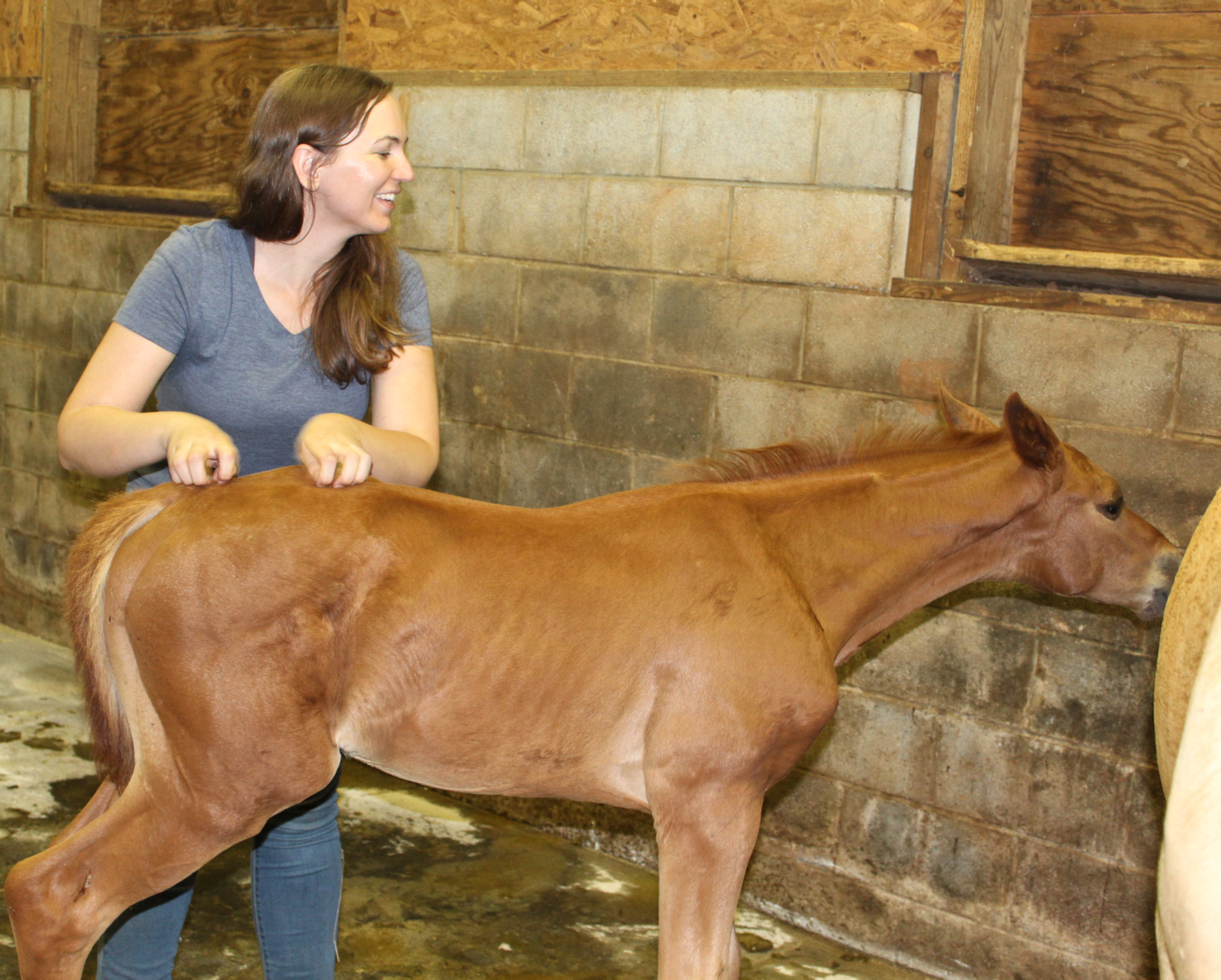 When Stu was born, he had a teeny little hernia. It was so small that I didn’t even notice it until the vet pointed it out during the vet check. 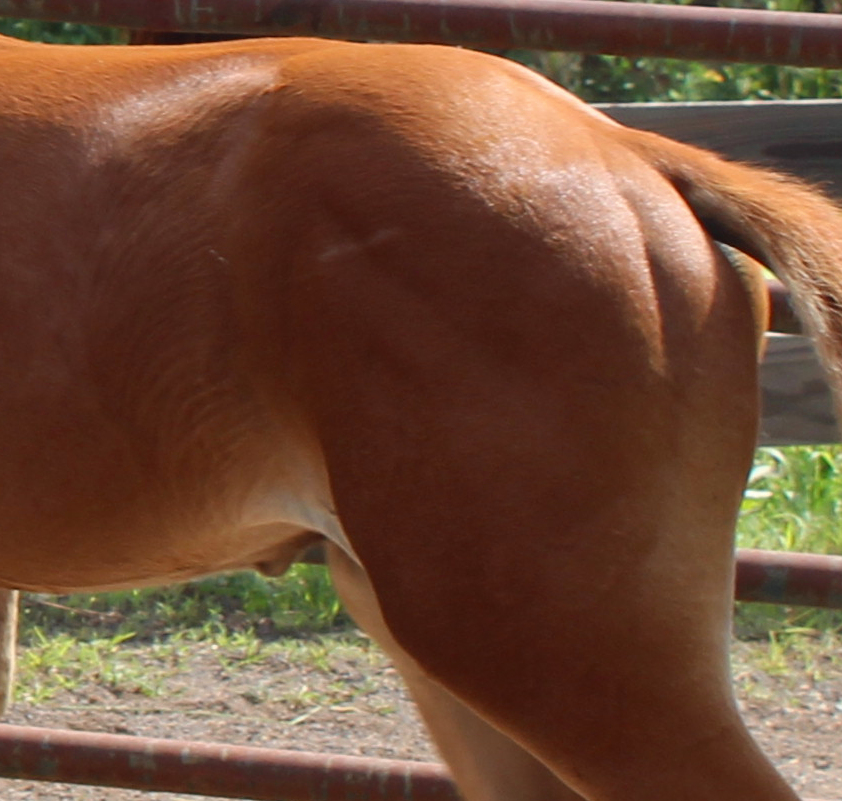 I’ve never had a horse with a hernia before, having never owned a horse so young. It isn’t uncommon in babies – It’s basically a spot in the abdominal wall where it didn’t close all the way while in the womb, so some of the intestines poke out. Sometimes, hernias heal on their own. The abdominal wall closes, and everything is fine. Other times, it does not heal, and the intestines continue to push out, sometimes growing bigger.

The vet discussed the options with me. One, was to see if it heals on its own. I would basically just leave it alone for a while, and see what happens. If it never heals itself, it could lead to complications or a more expensive surgery to fix. I did not like this option. 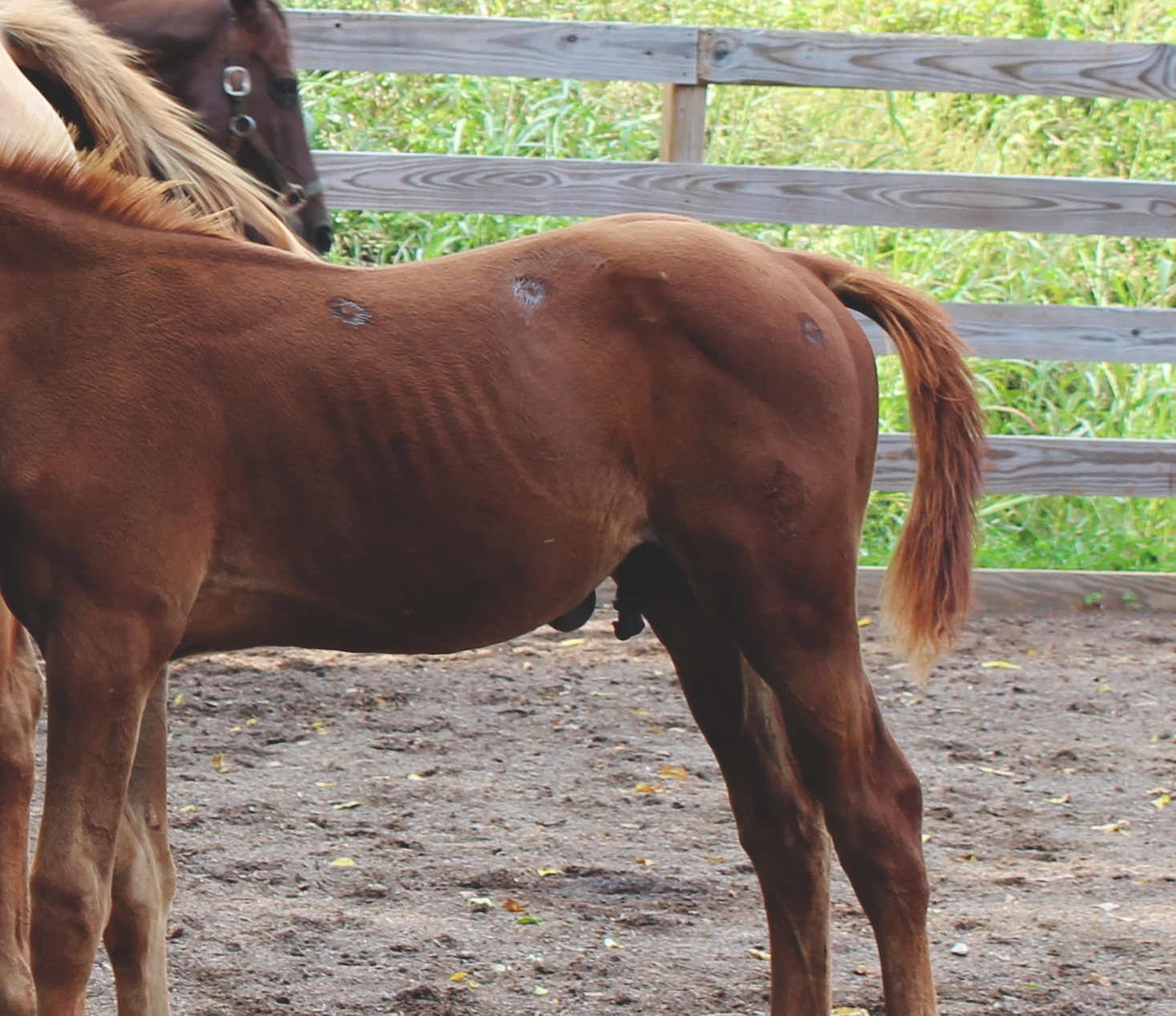 Another option was to perform a surgery that basically pushes the intestines back up in there, and then a patch is inserted over the hole. It’s not a cheap surgery, and sometimes the patch will be rejected and lead to complications.

The final option was to push the intestines back up into the abdominal cavity, and tightly band the excess skin. Eventually the excess skin just falls off. It’s simple, and cheap. I went with that option. 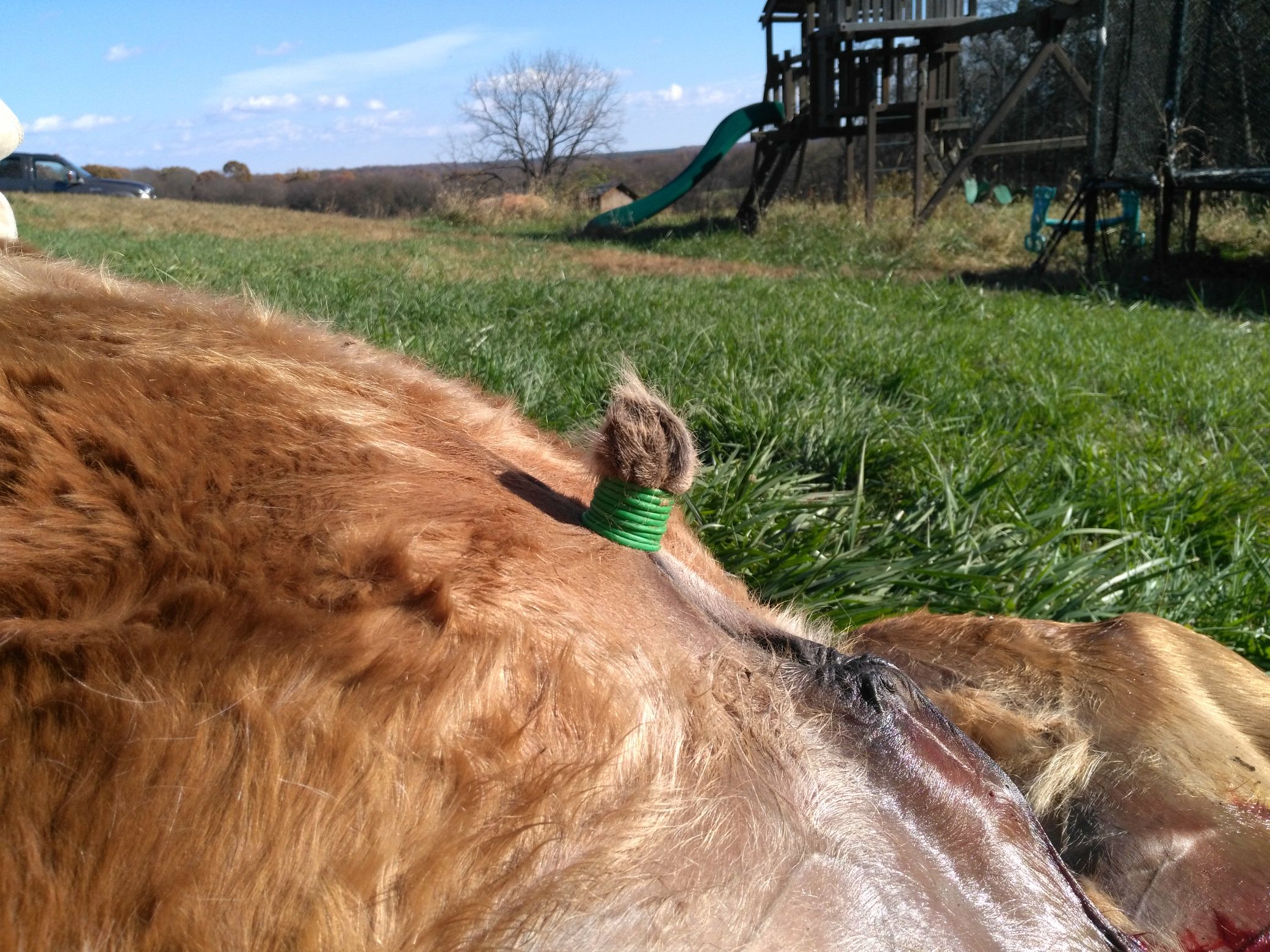 The wrapped up hernia.

Not every horse is a candidate for this, but for Stu, it was perfect. He was banded up the same day he was castrated, and I waited for it to fall off. It didn’t fall off as quickly as I envisioned. A month later, I had him at home, and it was still hanging by a thread. 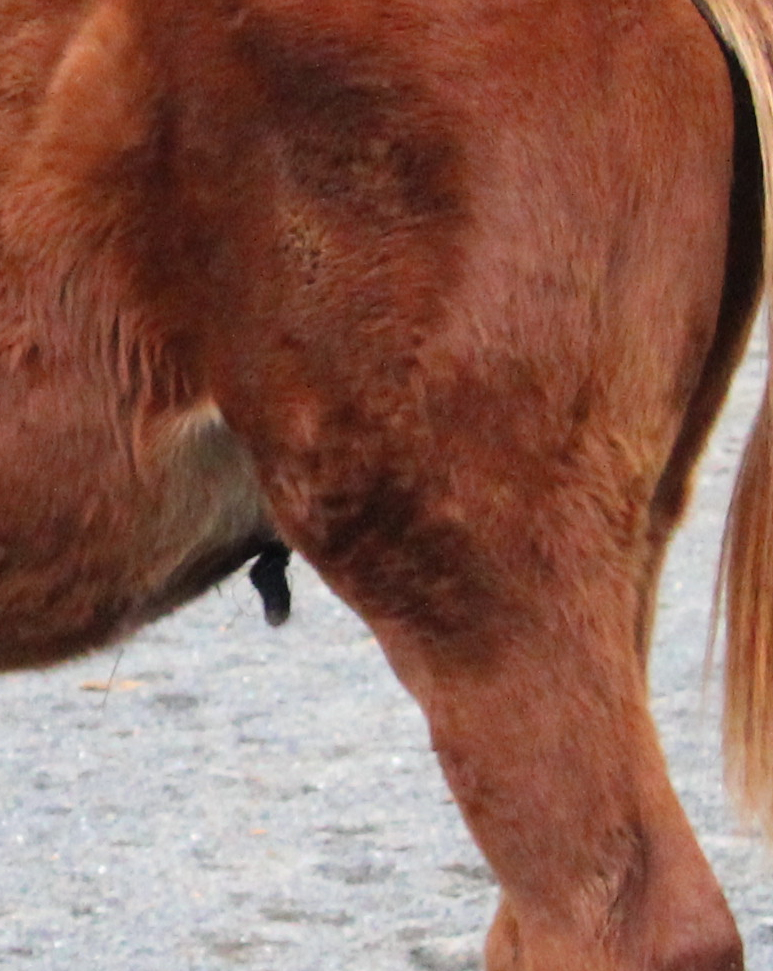 And then, a few days later, it was gone without a trace. I was sure I’d be able to find a neon green elastic tube in his small field, but I had no luck. 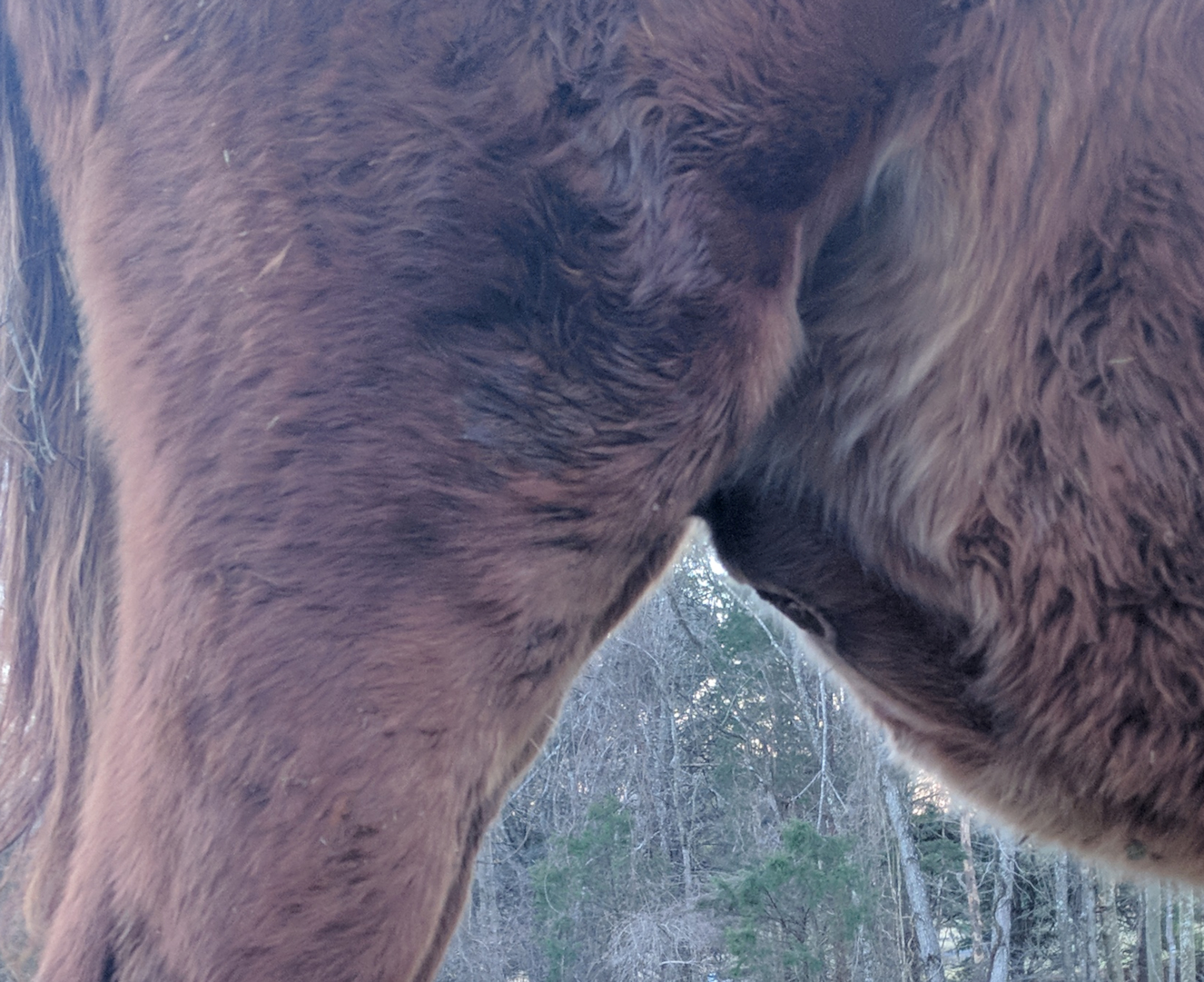 It looks weird, but it’s clean and seems to be healing fine. No complications at all.

Overall, I’m very pleased with how easy it was to remove his hernia. It was even easy on the pocketbook – a mere $55 charge added on to services I was already getting. 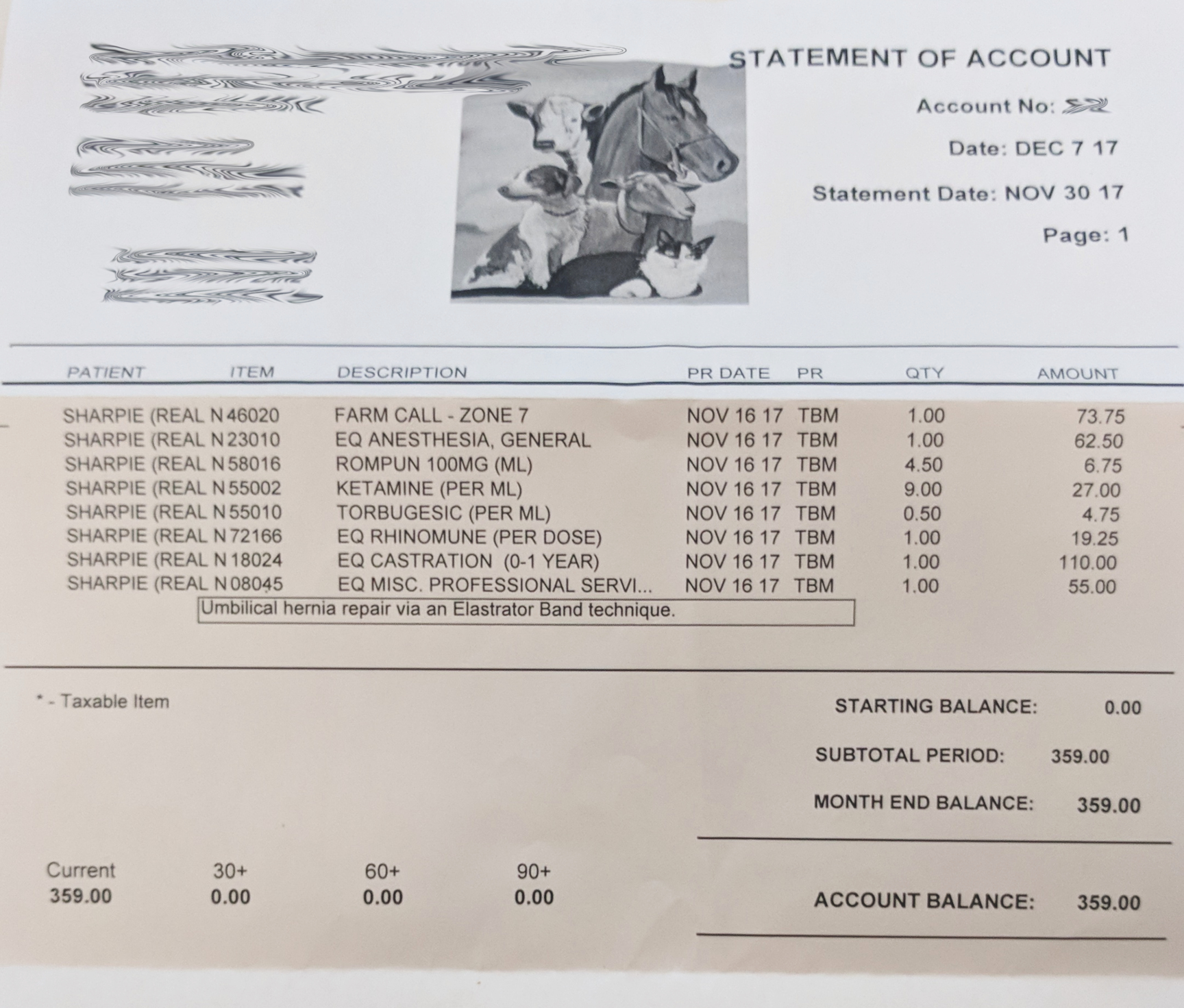