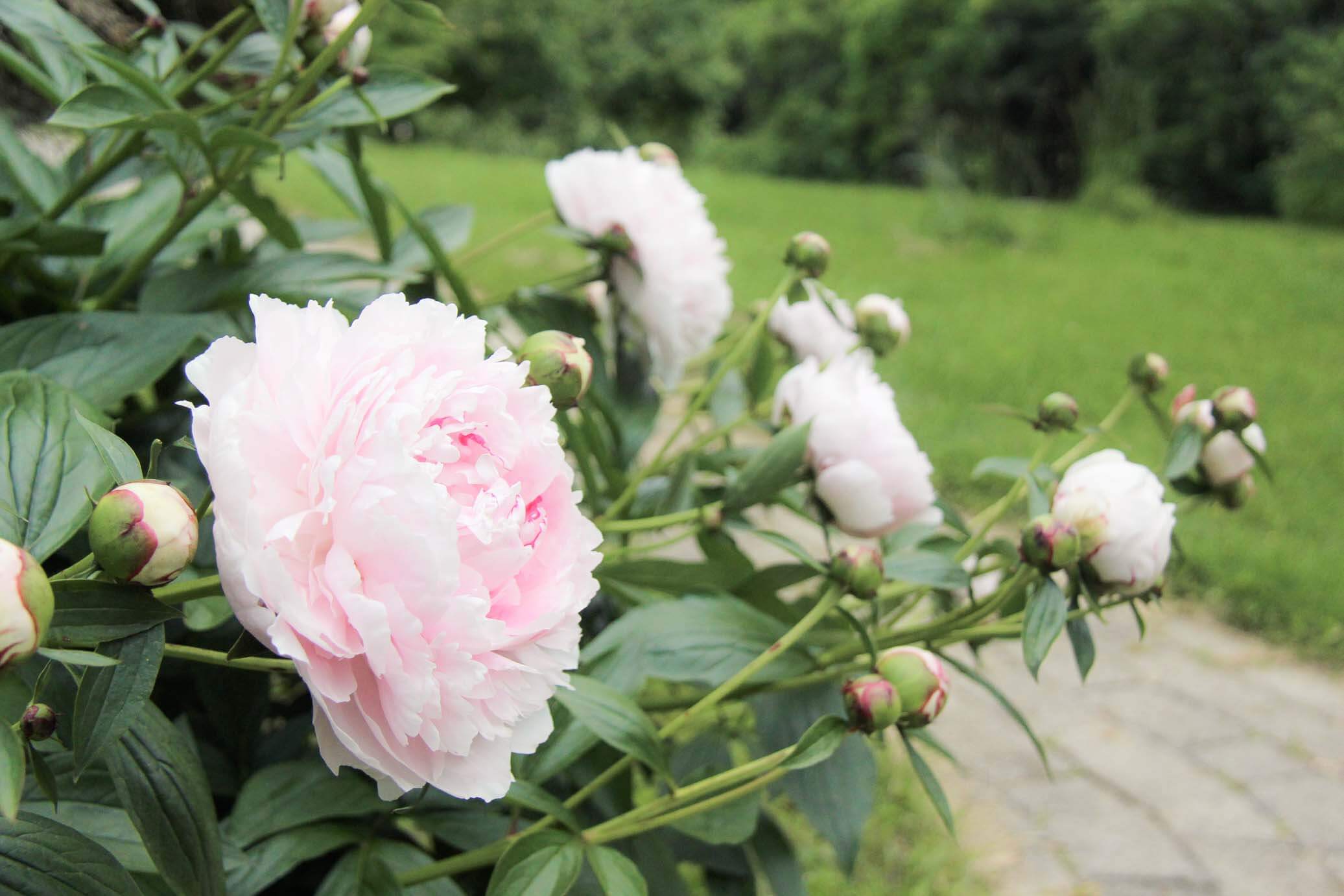 And it’s very nearly over… whoops. I missed out on most of it!

But while spring was its springiest, I got to admire so many of the beautiful flowers I planted years ago, back when I had a desire to garden. Then I abandoned them for a few years. Luckily they took care of themselves! 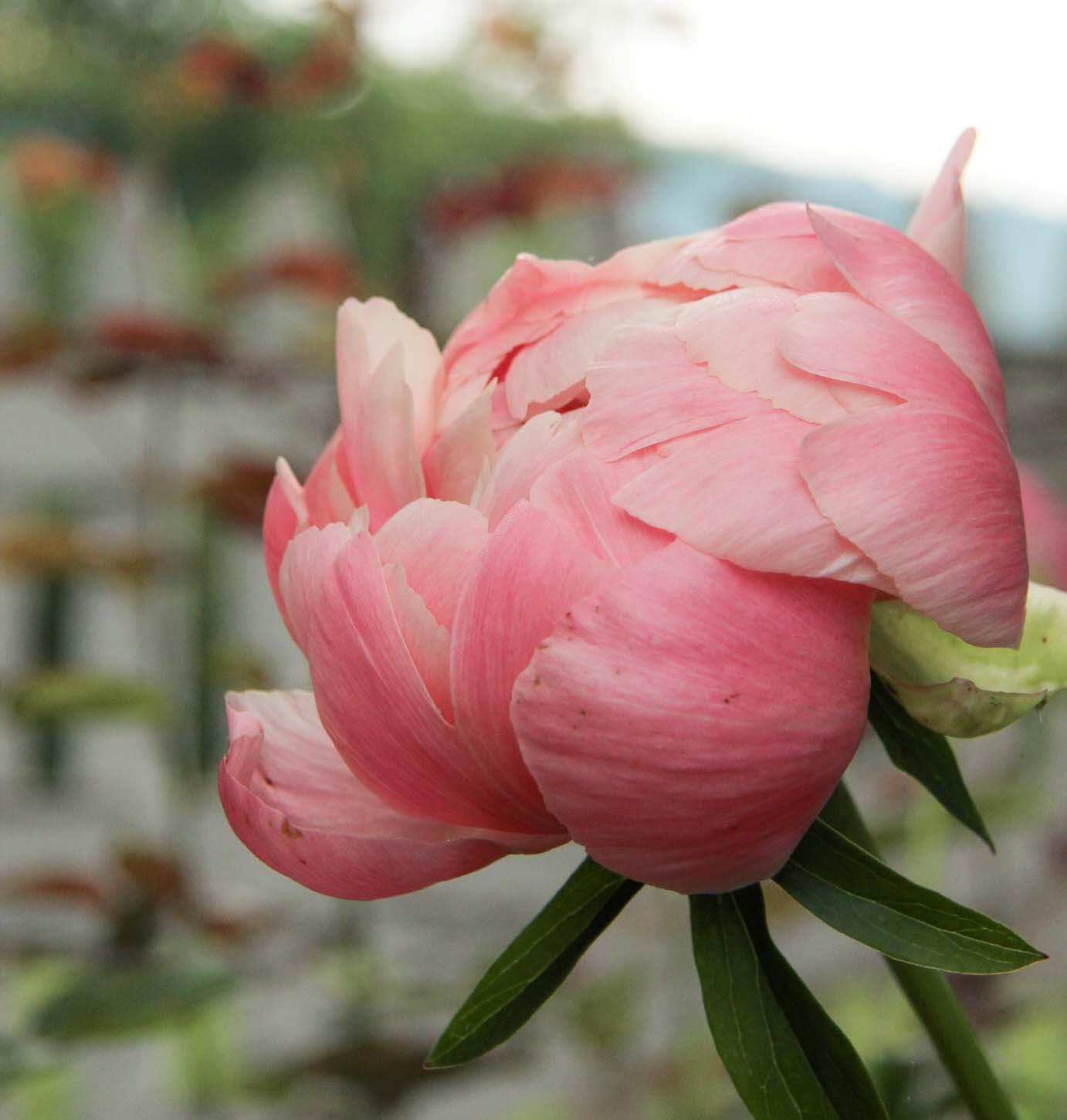 I loooooove the pink peonies, and I now realize 3 bushes is not enough. Time to stock up on more! (Already ordered, and coming to me soon, muwahaha) 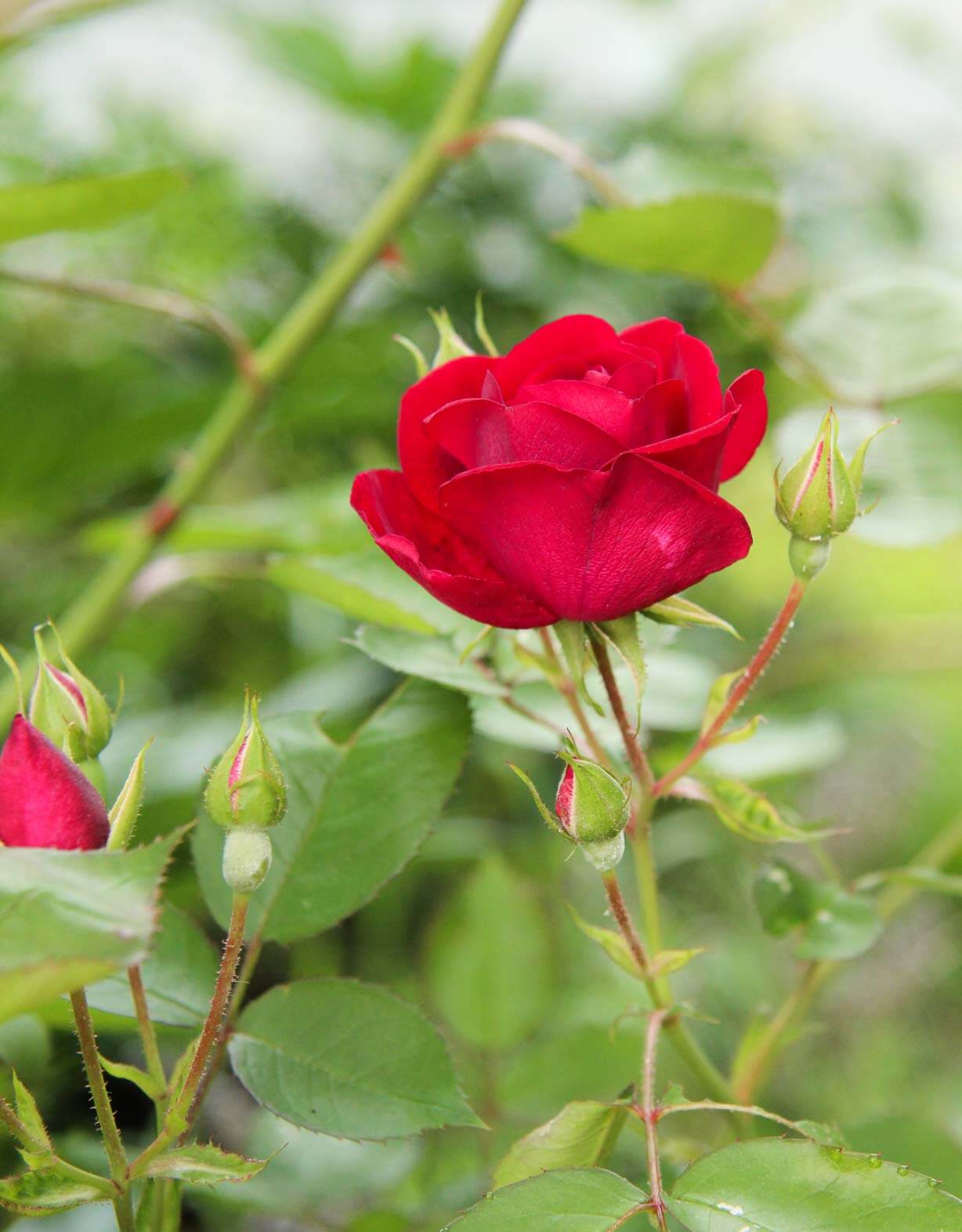 Rose bush that is growing like a weed. Who would have thought next to the driveway would be such a hot spot for roses. 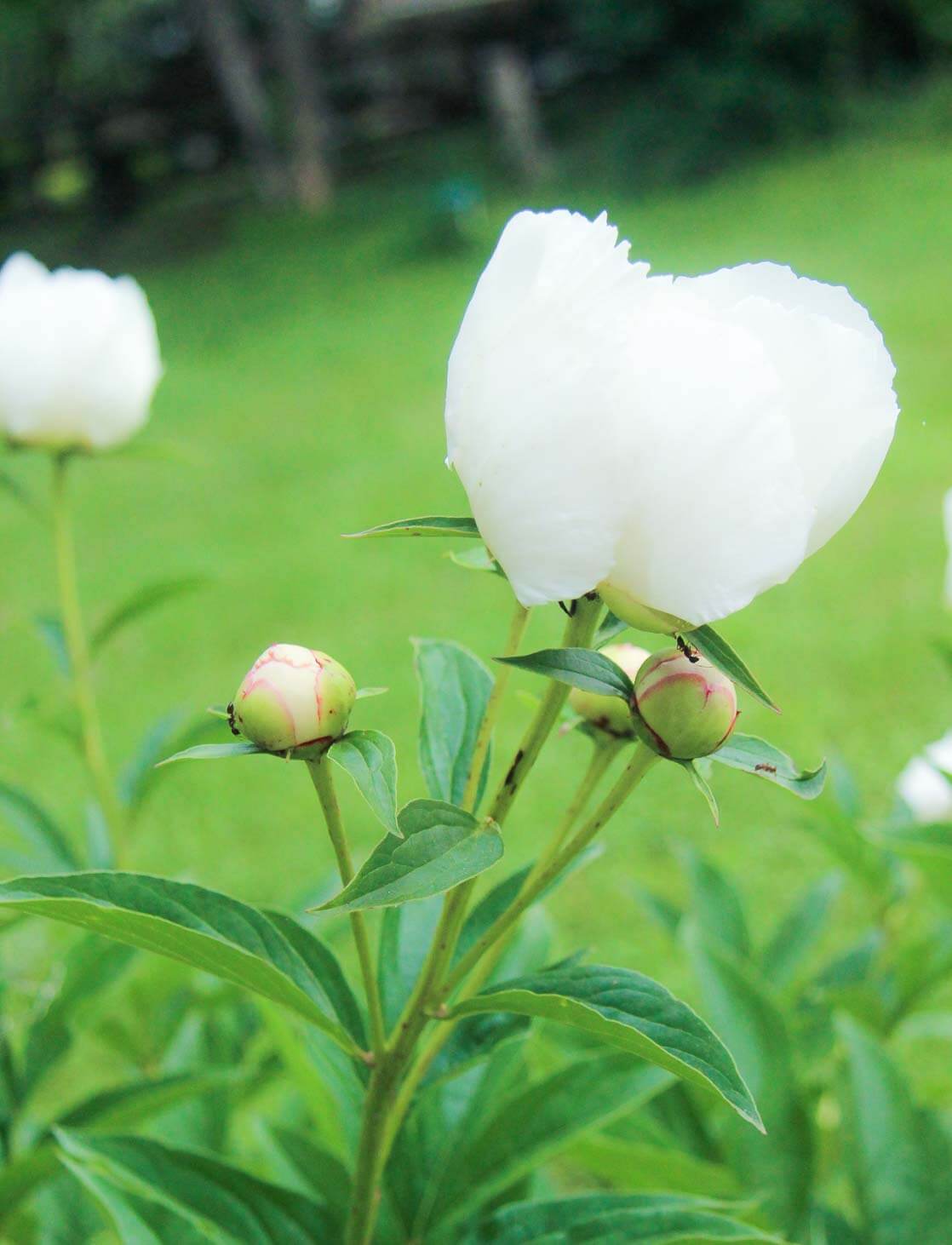 So blindingly white, the detail is lost. Also, ants are attracted to peonies? I’ll need to look more into this.

I am lucky these plants have taken care of themselves, and I’m able to just sit back and enjoy the flowers. But, I was invited to a plant sale at the State Arboretum by two avid gardeners. This sale is every Mother’s day weekend, and it’s a big deal. There were so many plants, food vendors, and (for lack of a better term) accessories. All of the beautiful plants and the enthusiasm of my friends really made me want to get my garden better. Man, do they love plants. 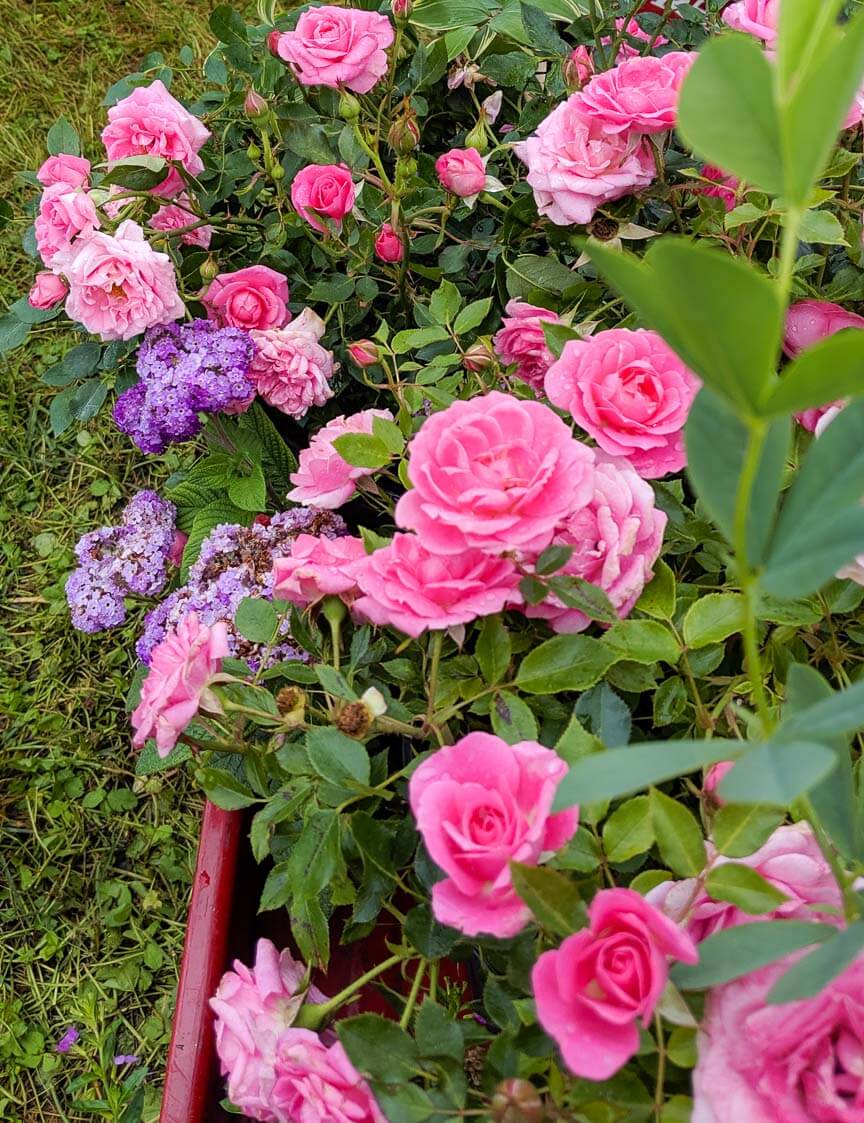 My new roses, mixed with my friend’s purple flowers. They looked good together, but alas, they were not meant to be together.

The Arboretum itself is beautiful. I highly recommend it if you’re looking for beautiful landscaping to take pictures with. I have actually been here before, but I brought Vintage and had a trail ride. That was way before my blogging days though, so I have zero pictures from the trail ride. But I do have pictures of the landscaping! 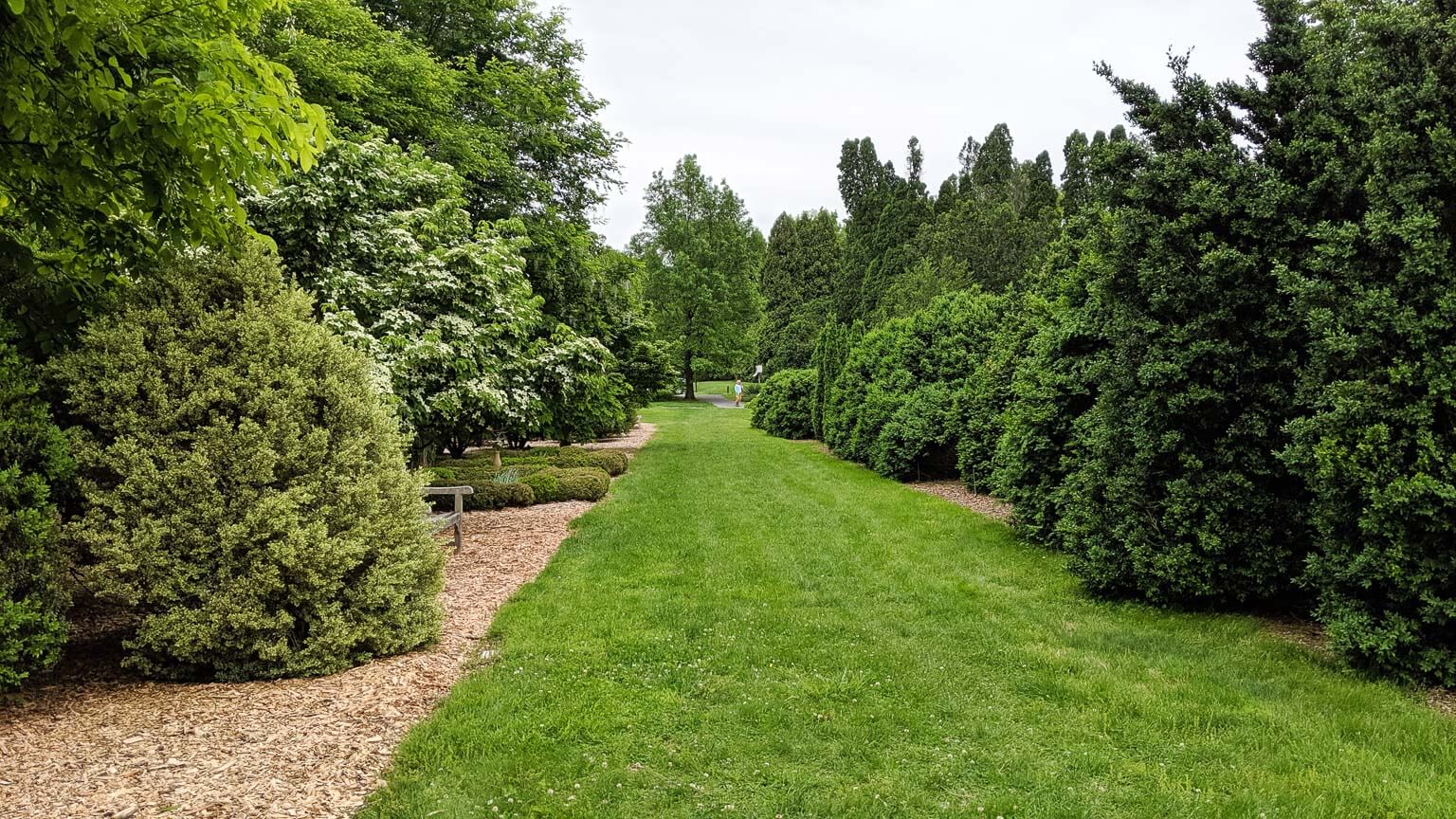 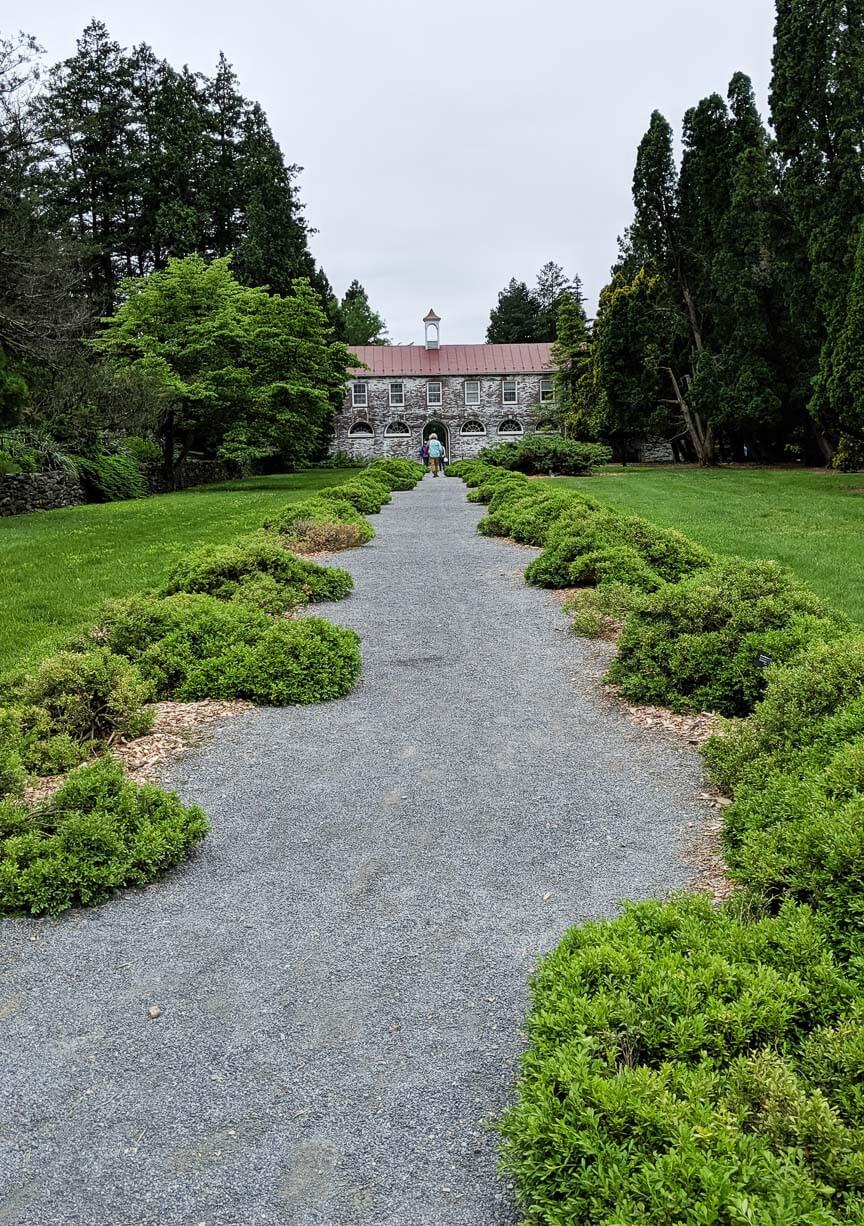 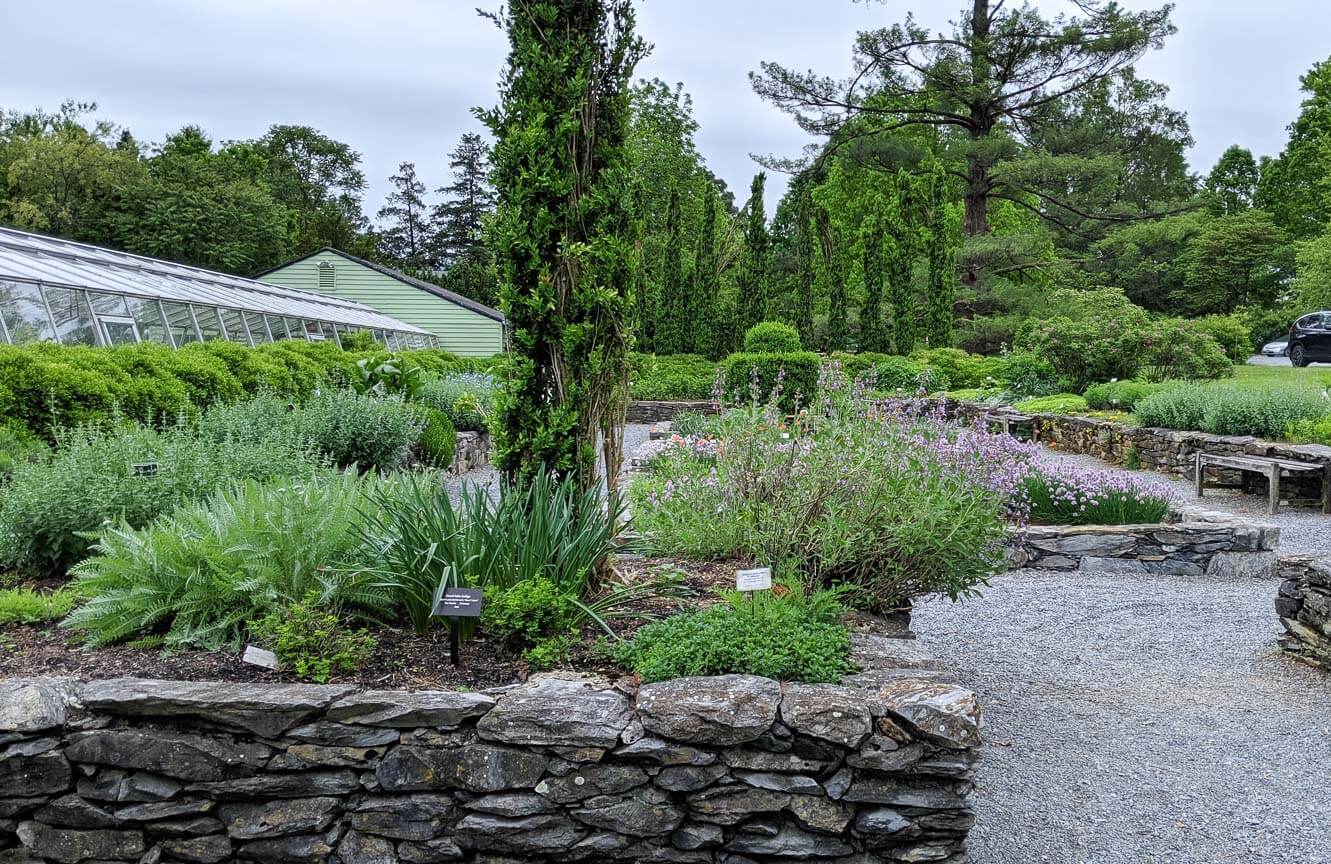 The herb garden, which had heavy gravel so the stroller would not push through it. (Little Bridgette had come along) 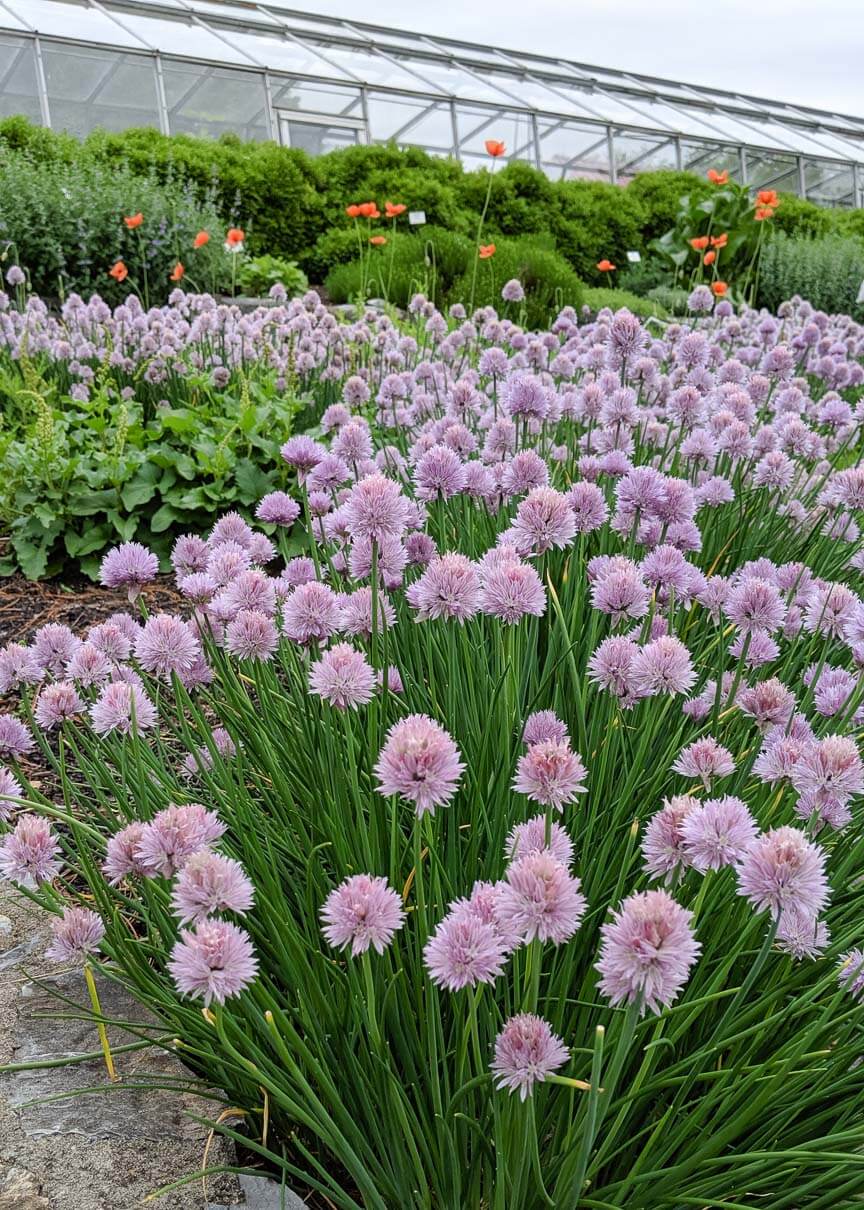 A few paces into the herb garden. I have no idea what this is, but perhaps I’ll educate myself enough about gardening to know what it is in the future!

So since my outing to the Arboretum, I’ve brought home and repotted my roses, which showed their annoyance by promptly losing all their flowers and stopping production any new buds. I have no idea why that happened. I suppose I’ll need to look into rose care, and see what these temperamental plants need. I also, in a moment of weakness, ordered many new roses to plant. They have been in the ground less than a week, and they are showing their happiness by sprouting new stems. They haven’t reached the flowering part yet, but hopefully they will be much happier than the roses I got at the plant sale.

I also got a bunch of new peonies. I have a weakness for them, even if they only last like two weeks out of the year. I’m now checking out the arbor day website to get some new shrubs and trees.

I am recognizing the start of a plant problem… To be continued when I have more plants.