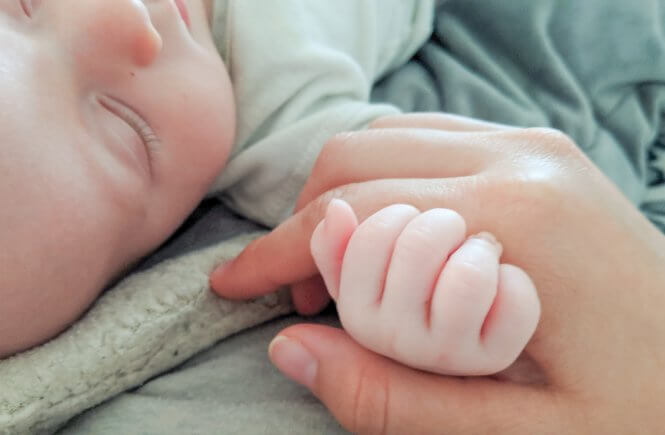 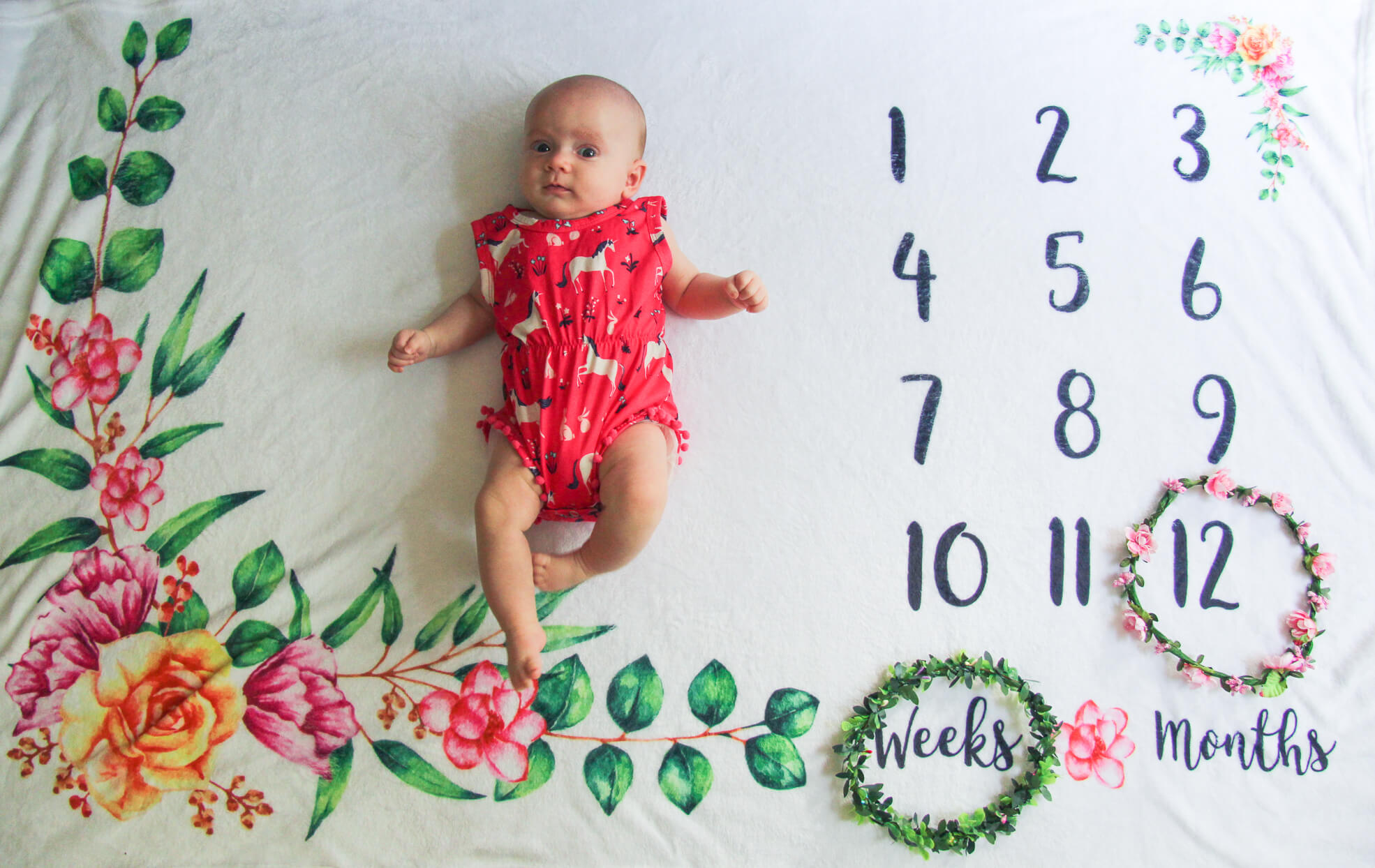 Now that’s she’s three months old, she’s becoming more fun as more of her personality is coming out. Before, it often felt like we were taking care of an angry potato. Most of the time, she was neutral, but then she’d become pissed off, for what felt like no reason (now I’m thinking it was tiredness). Now (thank goodness) she has so many more expressions. When she first wakes up in the morning, even if she was crying to call us to her, her face will light up when we show up, and her face is just pure joy at seeing us. She will smile at us all throughout the day until she gets grumpy from being too tired or hungry. But after those things are satisfied, it’s back to smiling!

She will laugh, sometimes at the most random moments where it doesn’t seem like anything even happened, but also at things like being bounced, or us making faces at her. Those laughs are quite possibly the sweetest things I’ve ever heard in my life. It makes me laugh to hear them, and I try to get her to laugh as much as possible. It also makes me feel like a real comedian to get that baby to laugh.

She looks for us in the room. Dave or I will be holding her, and she will try to look for the other one. She likes to know where we both are. Or she’ll hear one of our voices, and start turning her head around to find us. She’s not particularly good at figuring out which direction we are yet, but once she does locate us, her face will light up.

But I think she is already suspicious of the camera. If we pull it out to take a picture or video, she’ll stop whatever she’s doing and just stare at it. We have to sneak it a bit or try to distract her away from looking at the camera.

She likes to talk to us, and she’s figuring out we prefer her talking. Sometimes she’ll just chatter away to me, saying all sorts of baby words that sound like jibberish. She looks like she’s expecting some kind of response to her babbling, but I really have no idea what to respond with. But the words sound so much like real words, sometimes I’m second guessing myself, like, “did she just tell me no?” One time Dave explained something to her, and she looked at him and said, “Hm,” exactly as though she was responding. Still just baby jibberish, but so cute to hear.

She’s also getting that she prefers her talking to her screaming. One time I was trying to get her to sleep at night, and she was crying, not wanting to go to sleep. She suddenly changed her strategy though, and abruptly stopped crying, and started chattering and smiling at me. I think she played me though because it was so dang cute I had to cuddle with her for a few more minutes. 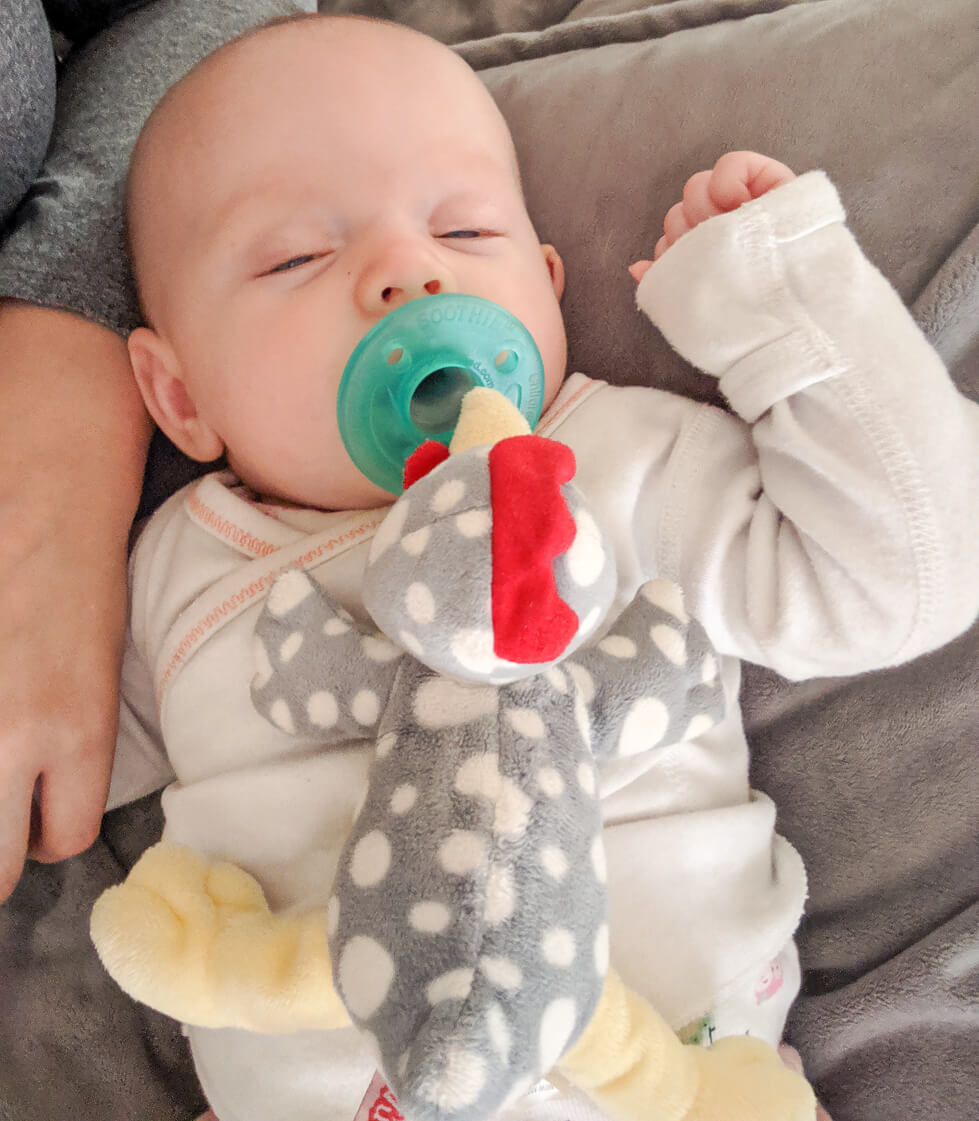 She is getting easier to get to sleep now. Our major issue for the last three months was getting her to sleep. She wouldn’t nap during the day, and getting her to bed in the evenings was a multi-hour affair. It seems we’ve figured it out though, and by forcing naptimes every hour and a half, she falls asleep, even if she didn’t seem sleepy before the nap. We trained her to fall asleep in her bassinet by holding her in our laps until she was tired and then transferring her, and gradually reducing the amount of time in our laps until we now just set her in the bassinet, and she falls asleep. It still takes 5 – 10 minutes for her to fall asleep in the bassinet, but OMG, you have no idea, what a relief it is that sleep time is no longer a struggle. It feels like we have been taking control of the day again, and our daily schedule no longer revolves around for the love of god, what do we need to do to get the baby to sleep?

Overall, we are recovering from a rough few months that I suspect was mostly due to our inexperience in caring for babies. Hurray for trial by fire! 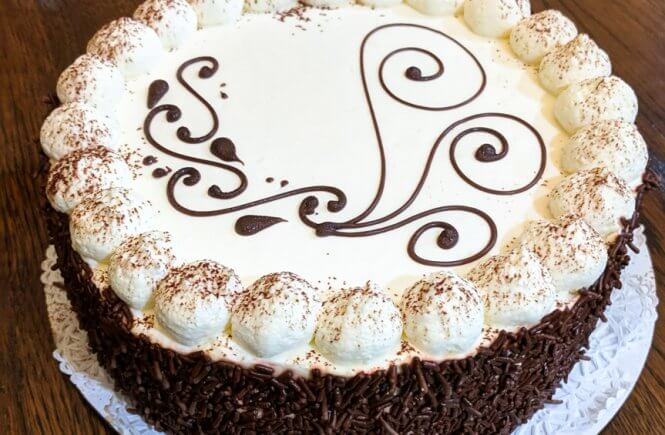 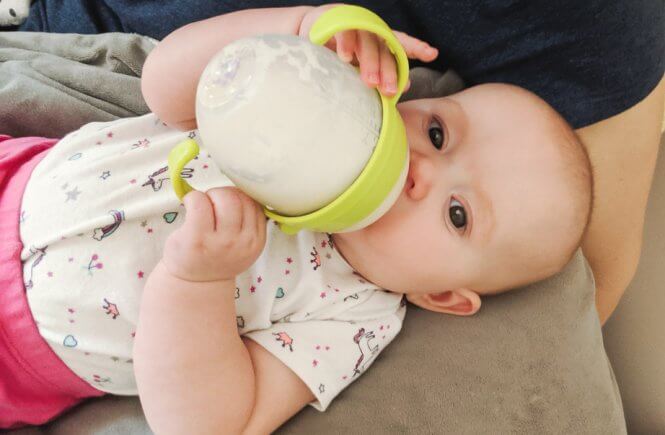