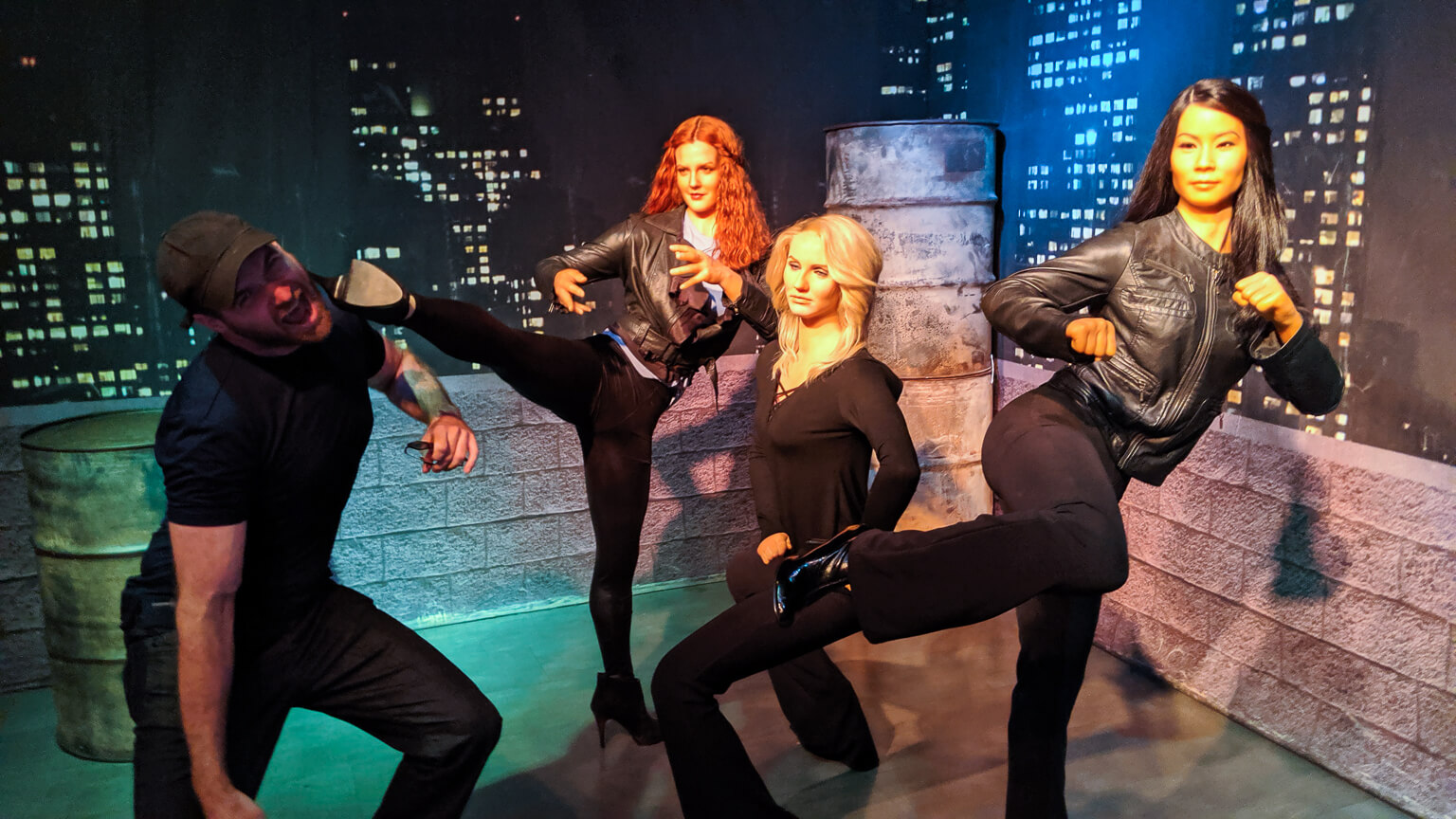 We had so much fun the last time, we headed down again to see family, and spend some time doing the touristy things.

The baby didn’t get to meet all of the family the first trip down, so that was a priority this time! 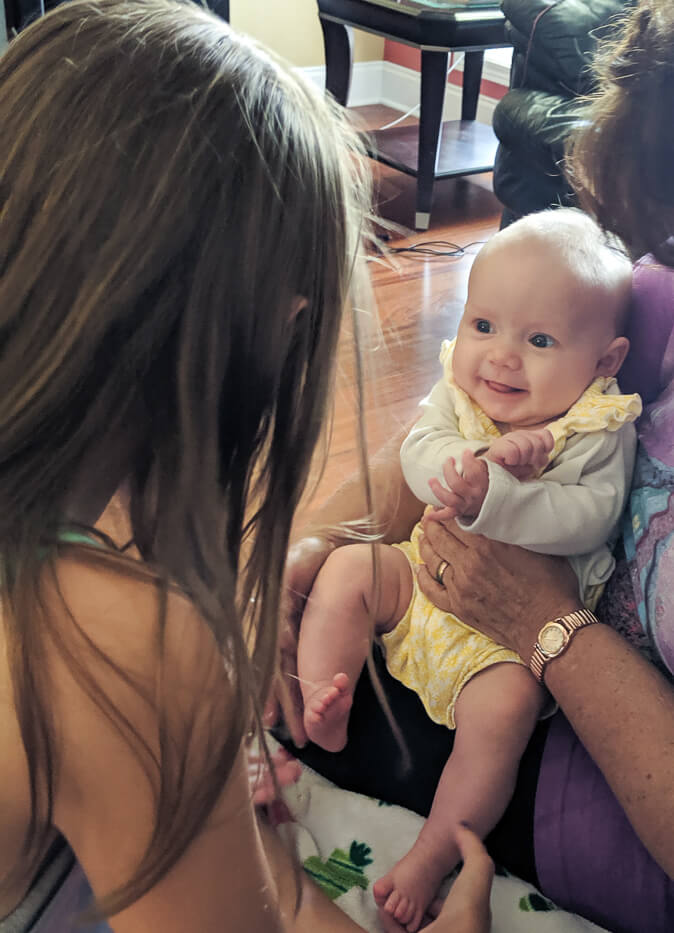 Happy baby girl with her cousin

After family time, we went to the Hollywood Wax Museum in Pigeon Forge.

I have lots of thoughts on this, especially after our experience. First off, the wax museum itself is fine. I’m actually not a “fan” of Hollywood, so to speak, and don’t follow/don’t care about celebrities (except a select few, Chris Pratt being high on that list. He was not at the museum though). But it was fine, lots of wax people, and Dave makes it fun. 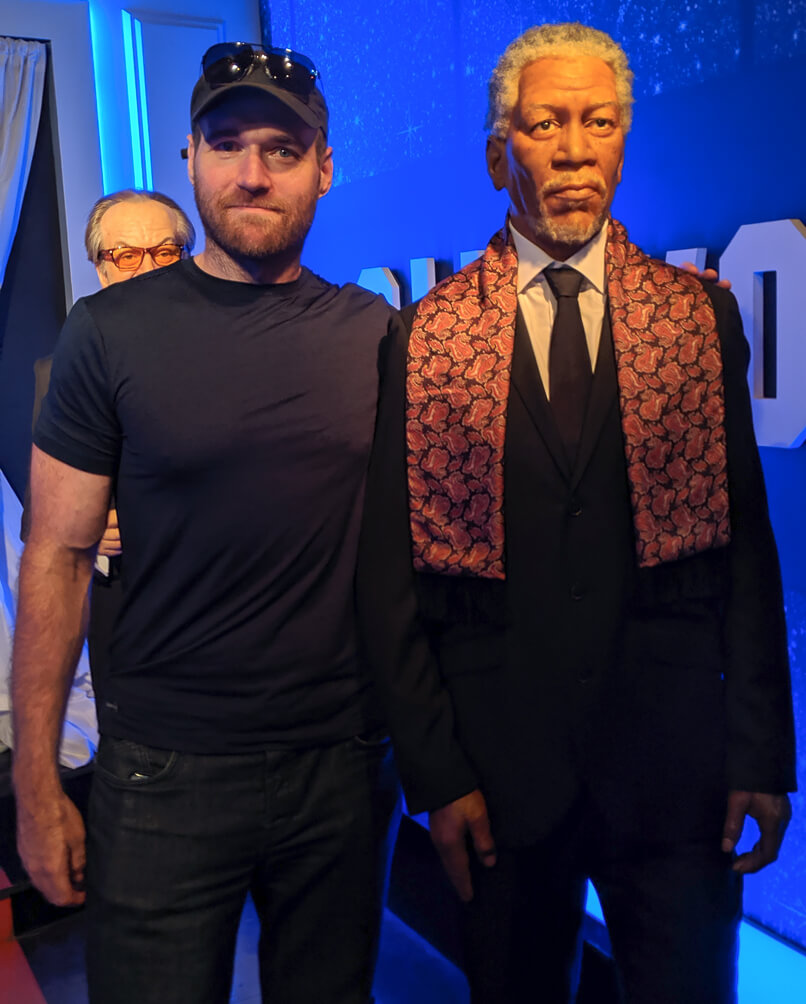 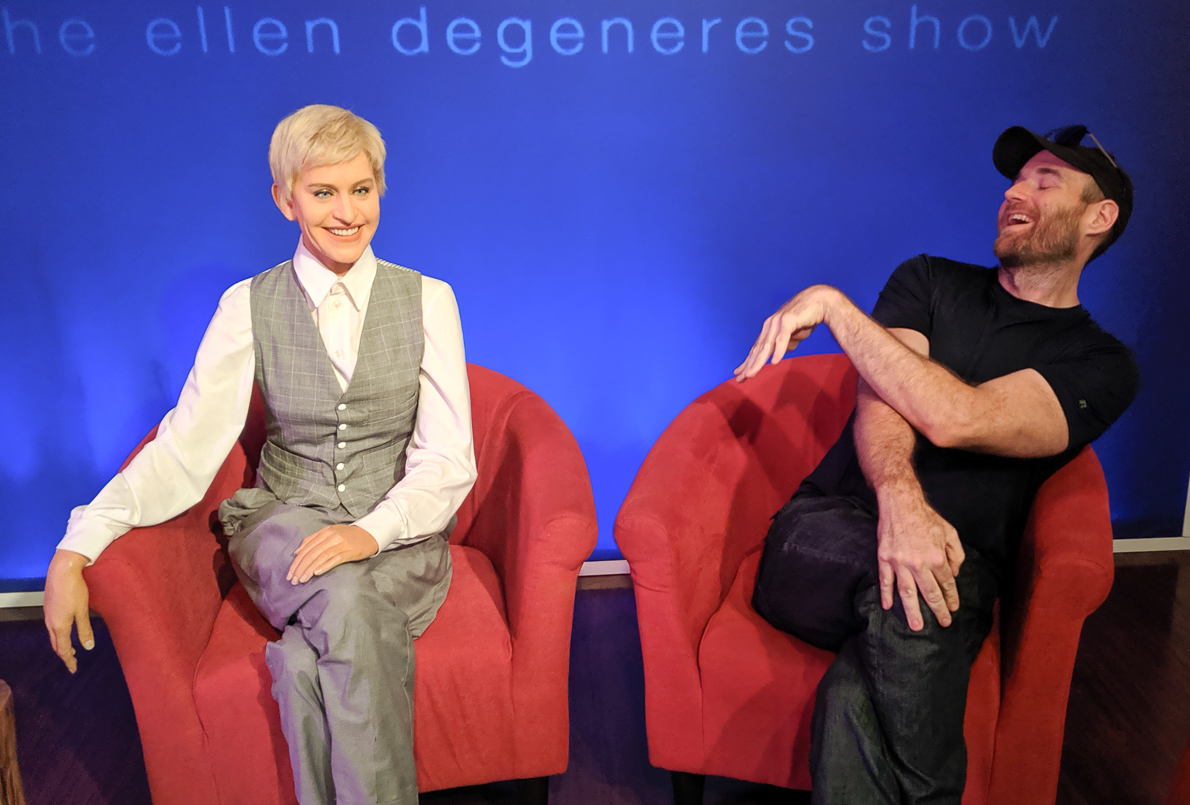 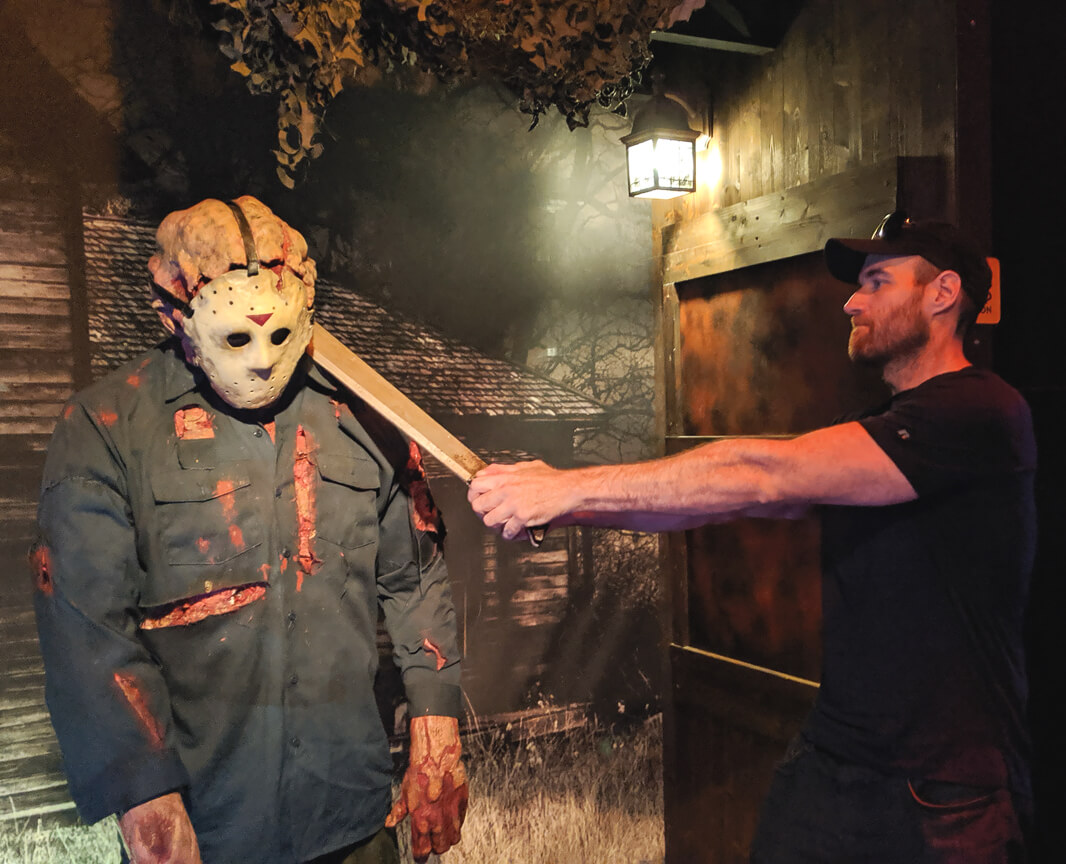 Dave in a horror movie 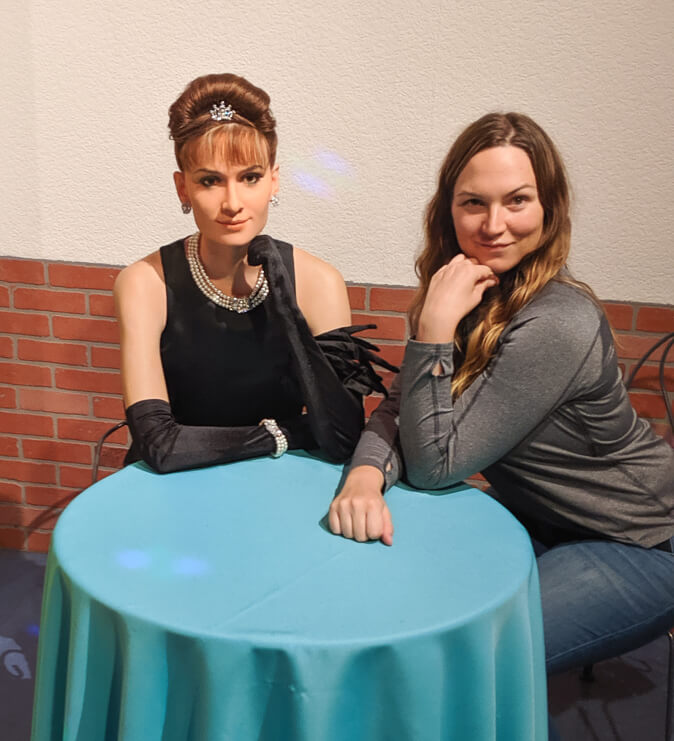 and me having breakfast

The wax museum was part of a group of attractions that we purchased a pass to enter. The other attractions were a mirror maze, a 3-d ride thing, and a zombie outbreak. Well, I never thought I’d be that parent, but it happened. I’m so annoyed that I was not warned that the zombie attraction is not for children, although thinking of it now, it seems obvious that something involving zombies would not be for children. But I specifically asked, “are these okay for infants?” and they said the ride was not, but the others are. I think they literally took my question as, “Is it physically possible for a stroller to go through?” and yes, it is physically possible.

We did the ride without Bridgette, went through the mirror maze, and then went into the zombie outbreak. I expected it to be like the wax museum, lots of displays of zombies. Instead, it started with an insanely loud air compressor going off, and scared Bridgette. She immediately started screaming her head off, and Dave and I desperately tried to get her out of there. It was probably only a minute, but it seemed like it took forever to exit while I covered Bridgette’s ears the whole time.

As we left, we passed another infant in line. Dave told the parents it was not appropriate for babies, and they exited the line.

I hate complaining about something that seems like it would be obvious in hindsight, but I specifically asked if it was okay for infants. I’ve never been in the attraction, I have no idea what it consists of. Which is why I asked. UGH.

Other than that though, it was pretty nice. I am sure I would have enjoyed the zombie attraction if it wasn’t for my terrified baby. 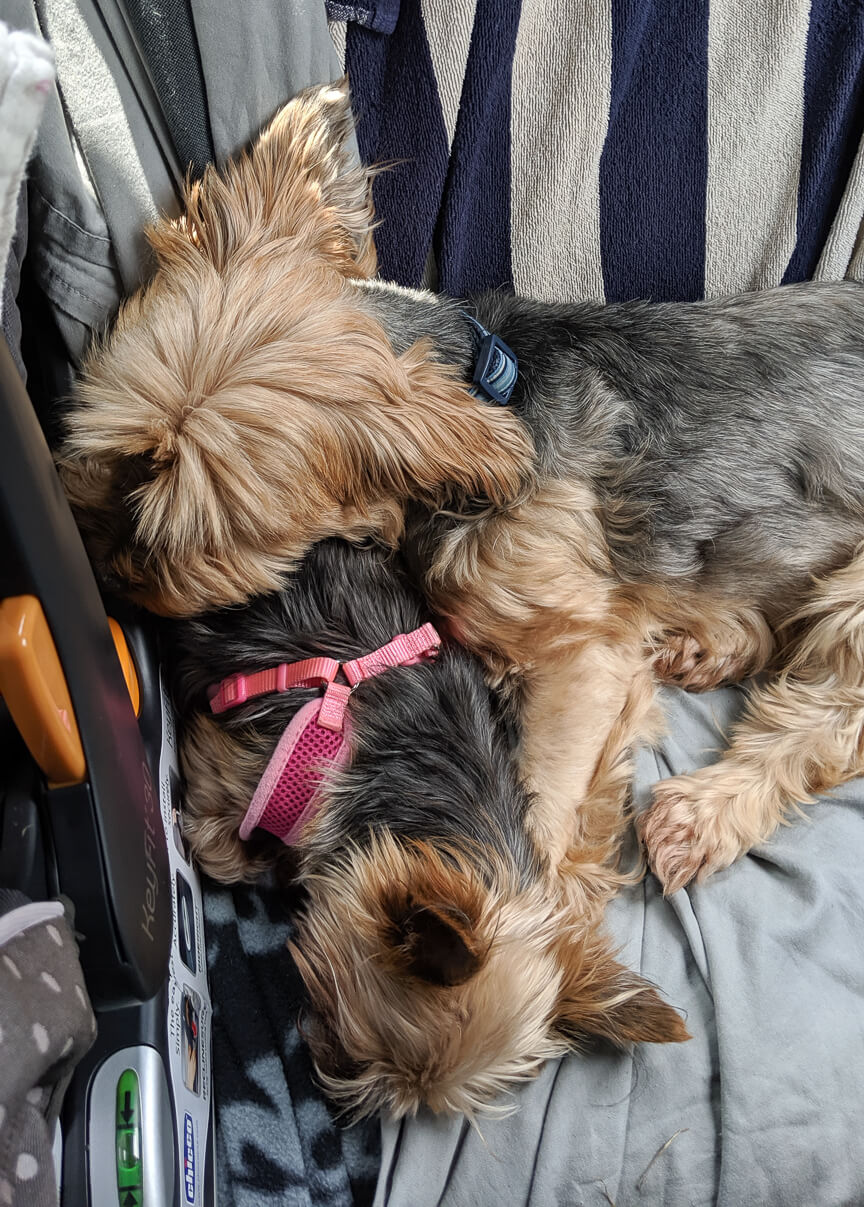 Of course, it’s always good to be back… lots of work to do, and horses to work!