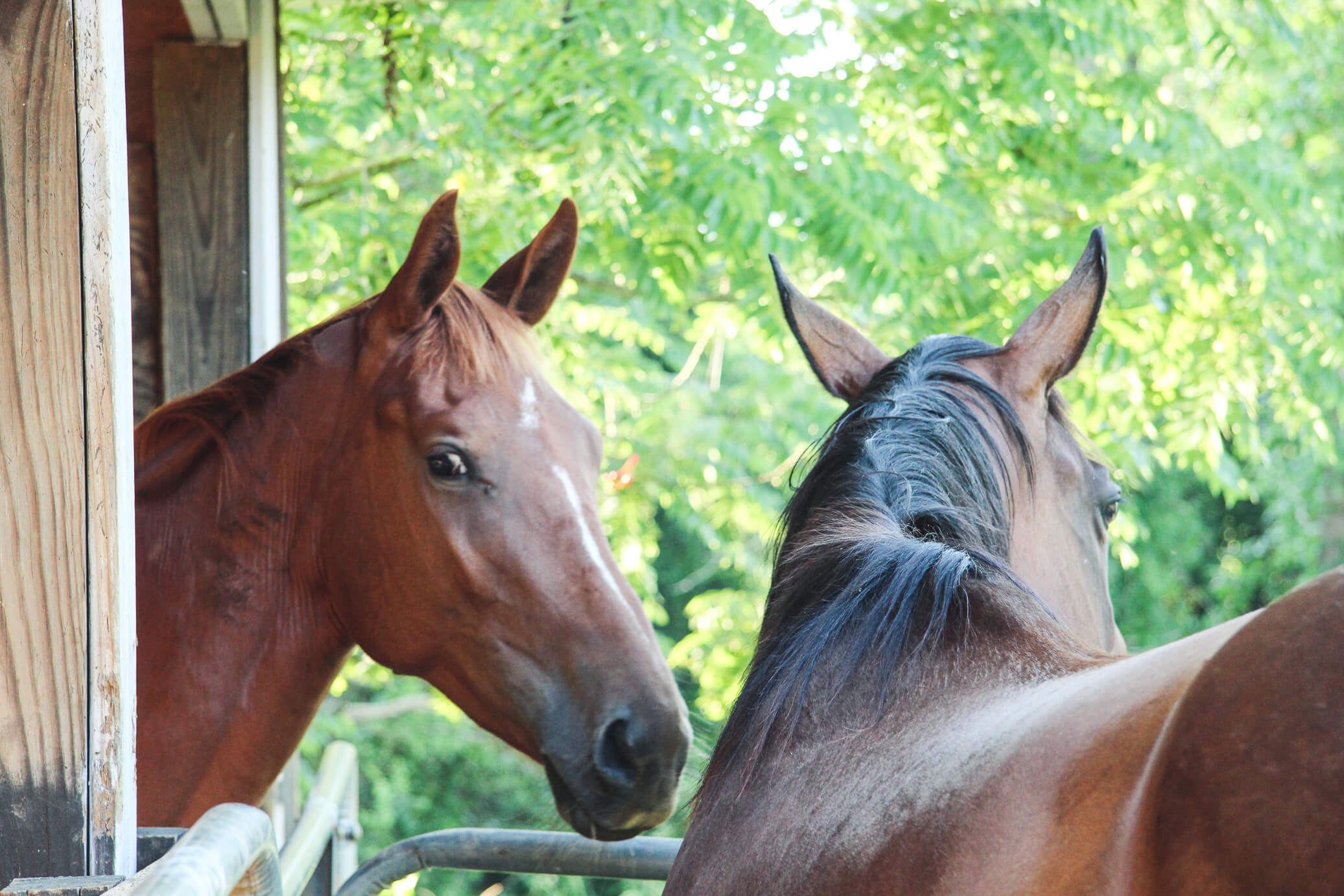 It’s now been about a year since the last time I rode. I cannot believe it has been that long. I am dying to go riding again.

Unfortunately, as it often happens, I am out of the habit of riding, which makes it difficult to start up again. I didn’t ride while I was pregnant, and I now go through my day, completing my normal activities, but none of them are anything close to riding because I am not used to doing it. In fact, it feels almost like going riding will require the planning of a wedding – an enormous event that will happen sometime in the future, but I need time to perfectly coordinate everything in order to make this work.

There have been a few times where I’ve decided today is the day I’m going to get out and ride again. I start thinking about the things I’ll need to do to get out there. Then come the excuses. First, my saddle now has a fine layer of green dust on it. Okay fine, I’ll need to clean it first. My arena has been compacted to the consistency of a parking lot, complete with weeds growing out of the cracks. Okay, well, I can’t ride on that, I need to drag it and fluff it up. But the tractor tire, which has been mysteriously going flat, is currently at the dealership to be fixed (tractor parts are like triple the cost of normal parts, BTW. Add the word “tractor” to a part, and the price instantly increases). I guess I won’t be dragging anything soon. Okay, well, maybe I can trailer to the park, and ride there. But wait, the trailer inspection is overdue, I need to get it updated, as well as just check on maintenance for the trailer. I’ll have to schedule an appointment… but it’s just soooo hard.

As you can see, I’m full of excuses. But, I haven’t even come to my main excuse. If I trailer out, I’ll be gone for at least 4 hours. Who will watch the baby while I’m gone?? 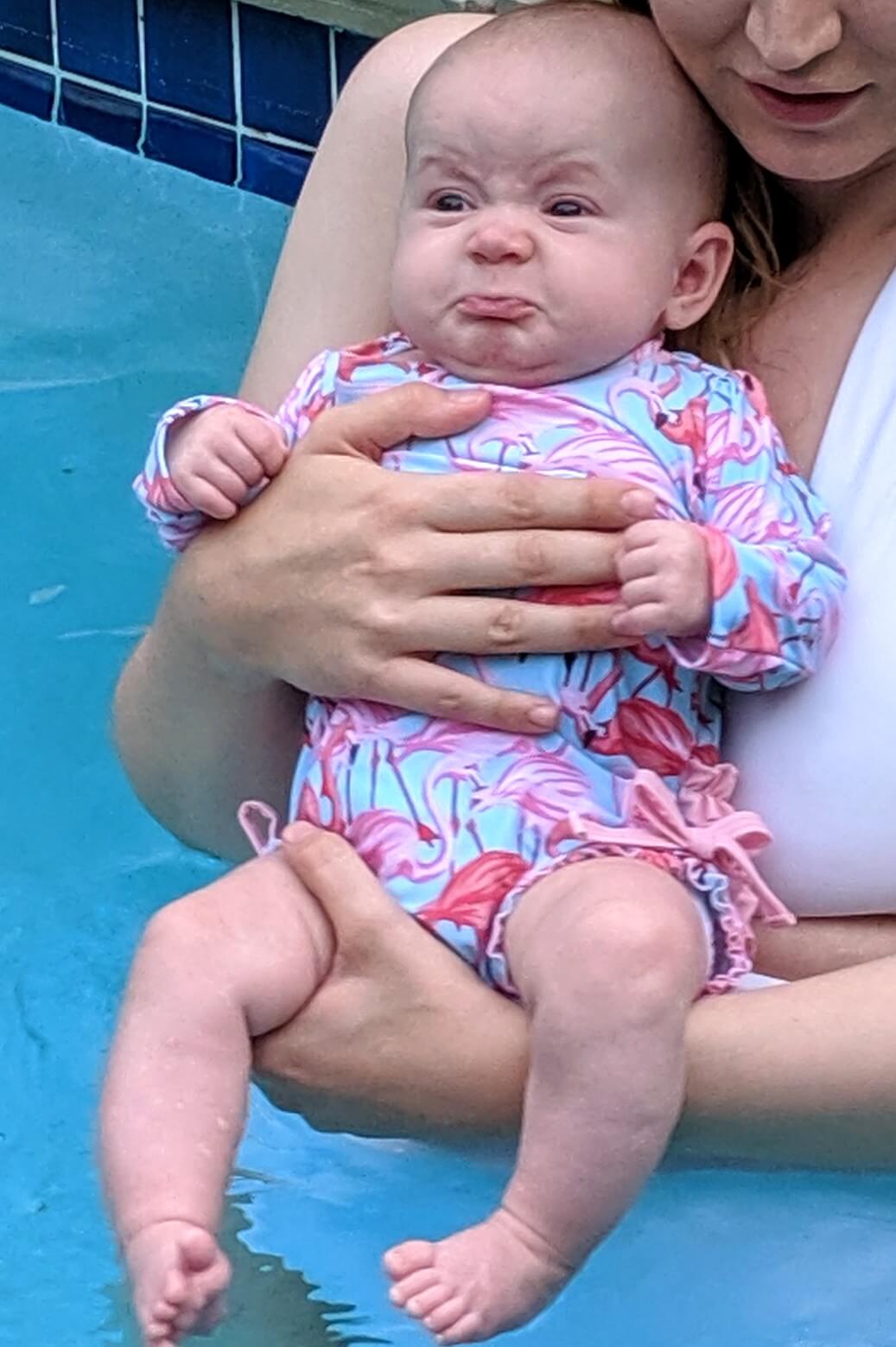 I mean, look at that face, how could I leave it!?

I know, I know, I have a husband, she has a father (luckily they are the same person). It’s not that he couldn’t, or even wouldn’t.  But it seems so unfair to spring that on him. “Here, you watch our spawn alone, while I go have fun by myself for several hours.” He’s never done that to me. It doesn’t feel very team like to just run off to have fun by myself.

It seems like I’m just at a standstill, not sure how to make this work. It could be a temporary setback, but I’m afraid I’ll end up like so many other mom’s. The ones who give up their hobbies and goals to focus on their kids. If someone else wants to do that, it’s their prerogative, but I can’t imagine doing that. In the end, I’m a little bit selfish, and I want to live my own life. The problem, as I see it, as that it’s incredibly easy just to fall into forgetting your own hobbies and goals, and doing everything for the kid. I don’t think a lot of moms meant to do it, it just kind of happened. And I’m afraid I’ll be next.

During another session of watching her play and squeal (delightful!) I started thinking about how I can remove the barriers to riding, and actually get out there again. I already went through my lengthy excuses – what actionable item can I do to change this?

The saddle is easy – clean it.

Arena, not as easy, but I have grass, too. It’s just not level, which makes for a very annoying ride. But, I could figure something out there.

I’ll take the trailer in for the inspection.

Get a babysitter while I trailer out. 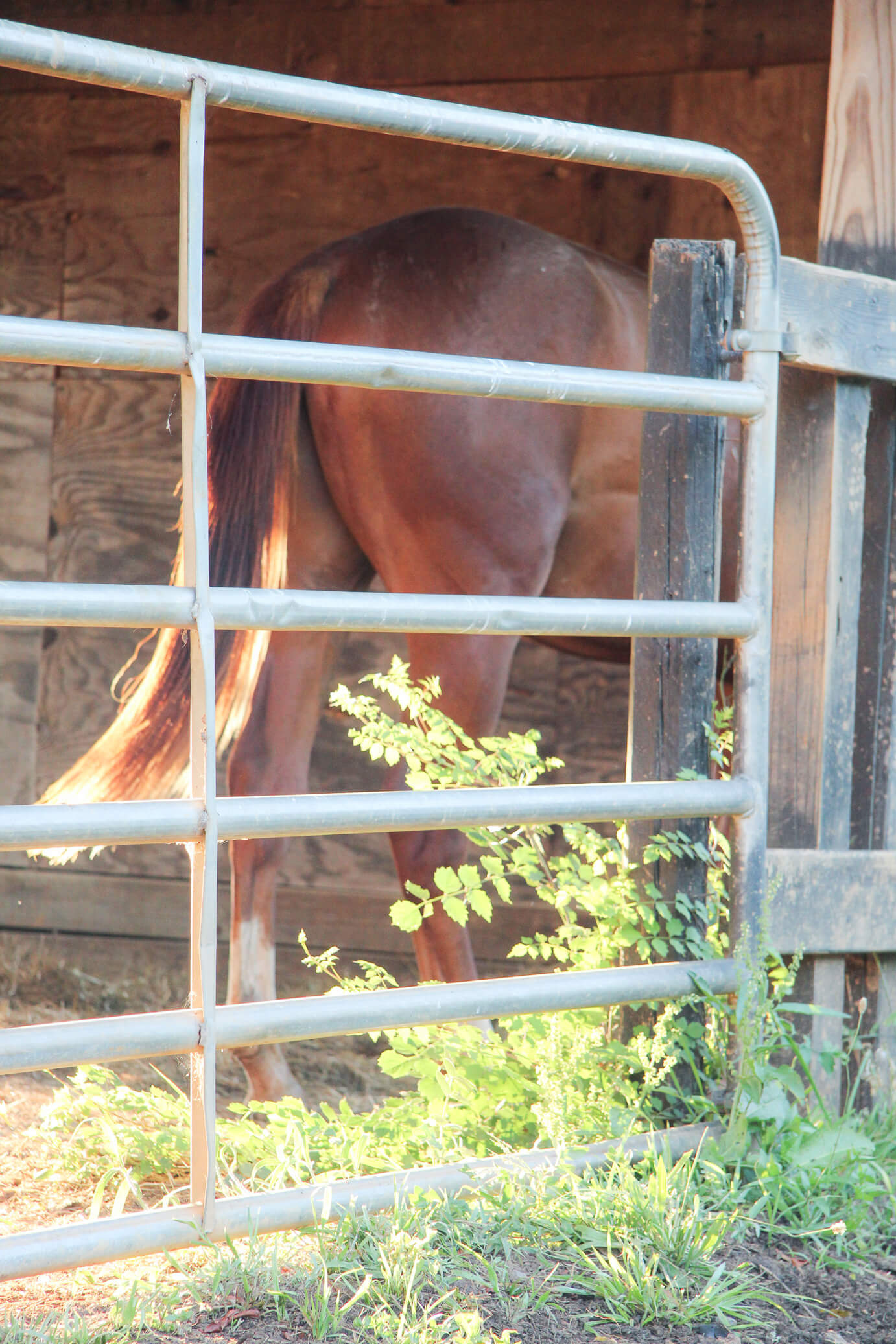 My long term excuse – I have gotten sick of not having a place to tack up. So, I started building one. I get a little bit of time in the evenings after B goes to sleep when I visit with the horses. I’ve started digging holes and dropping posts in, creating a fenceline to enclose an area to tack up. It’s something I thought I couldn’t do because my post hole digger tractor attachment didn’t seem to be the right size. But I decided to just shrug, and do it by hand. I expected it would be backbreaking labor. It wasn’t. It was fine. I have four posts in so far, with four more to go. It’s a little tough to dig through gravel, but it’s workable. And if I could just get a full few hours to work on it, I’d have it done in a flash. But still – slow progress is still progress.

So I’ll keep banging away at it, one evening at a time. Soon, I’ll be riding again.