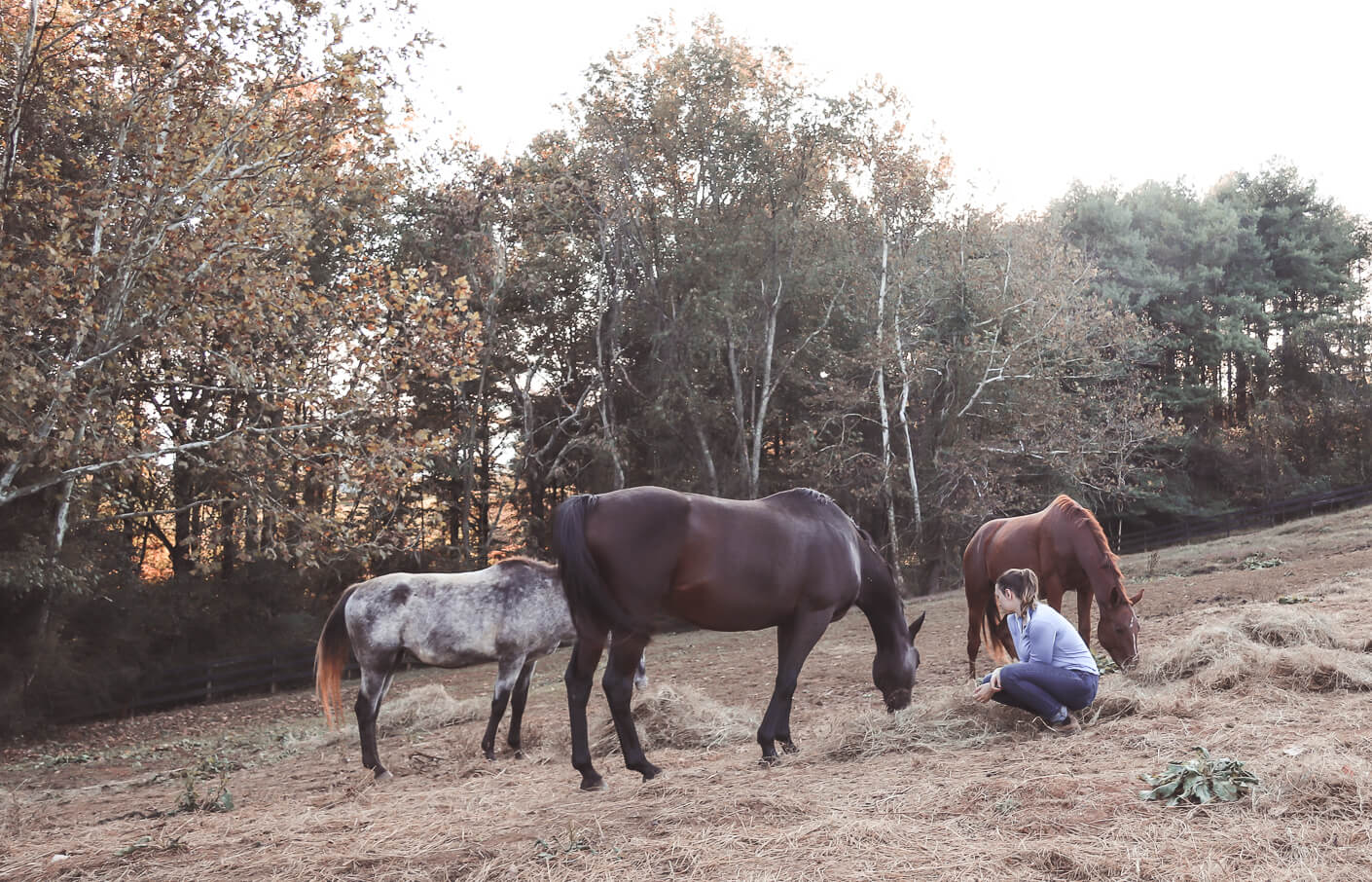 Stu is now a big two year old. He’s spent the last year of his life basically being feral. He got some basic training at his breeder’s farm, and then I worked with him a few times until I got pregnant and he kicked me twice, like a little shit. I decided it was too much of a risk to work with him while I was pregnant, and decided to shelve it for the year.

The year has now generously finished, and it’s time to work with him again. He’s only two, but he can be rambunctious, and he continues to get bigger. I really don’t want an enormous, untrained three year old – that sounds like more challenge than I’m willing to take on. I have to draw the line somewhere.

As a side note – how much bigger is this monster going to get? I’d be happy if he stopped growing immediately, but I don’t think he’s going to take my request into consideration. I would estimate he’s 16.1 now. He towers about my other horses. His dam was a bulky 17 hands, and I think his sire was 16.2? Not sure if I’m remembering right. It’s been a really long time! 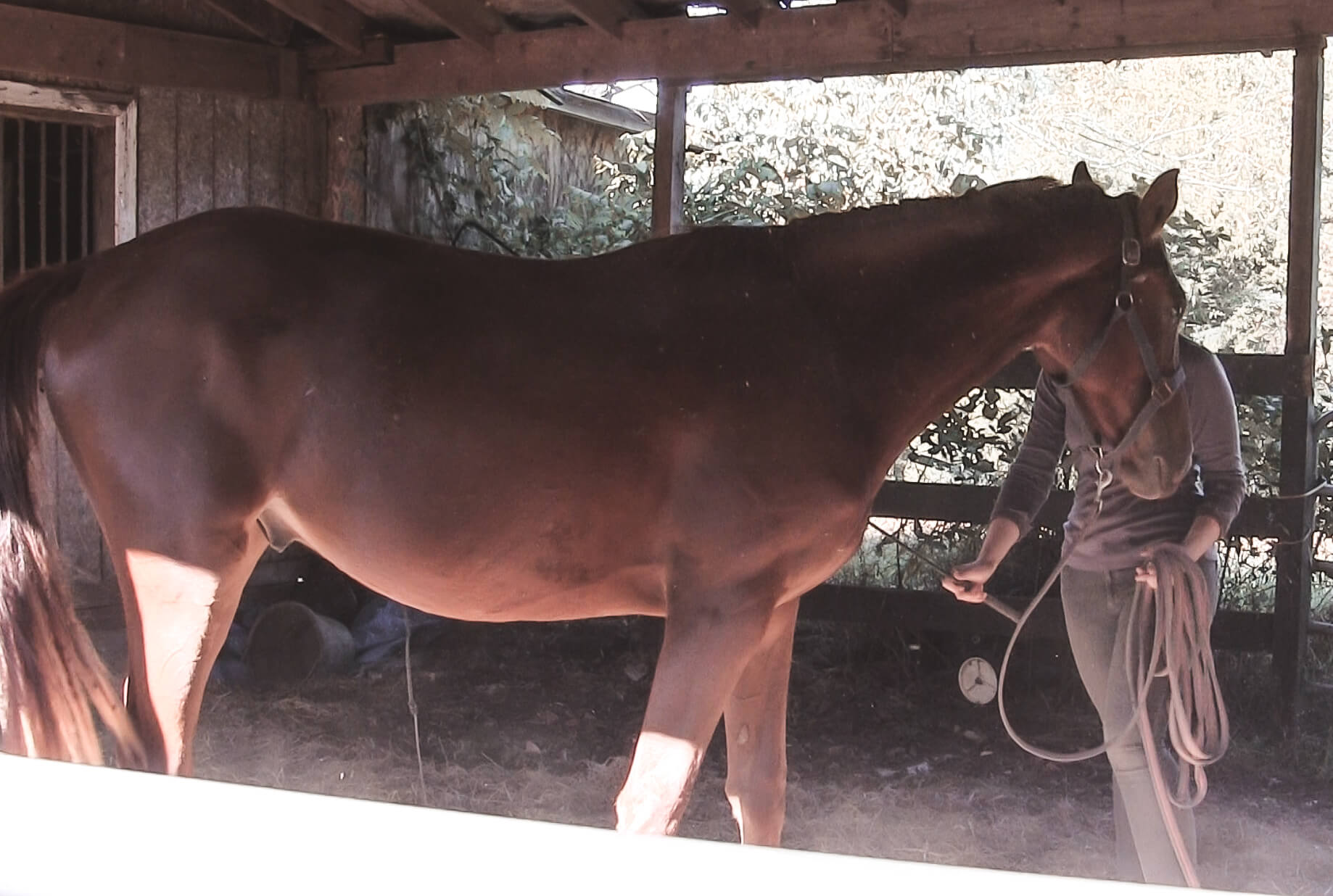 I started working with him in his little pen, but we didn’t make progress in understanding lunging. It is a very confusing concept to him. He doesn’t want to be sent away from me, he’s also extremely low energy AND he doesn’t care about the whip. I know I’m being cowardly by not being more forceful, but I have a very vivid memory of being kicked. It’s the kind of thing that really sticks with you, and plus, his hooves are much bigger now.

We did lots of work with giving to pressure. He grasped that concept and would move with pressure on both his body and his face.

The best part of working with him: he actually loves it. At first he was distracted and wanting to look at other things, but as he realized I was asking him things, he wanted to figure out the right answer, and had all his attention on me. It really makes me excited for continuing to work with him. 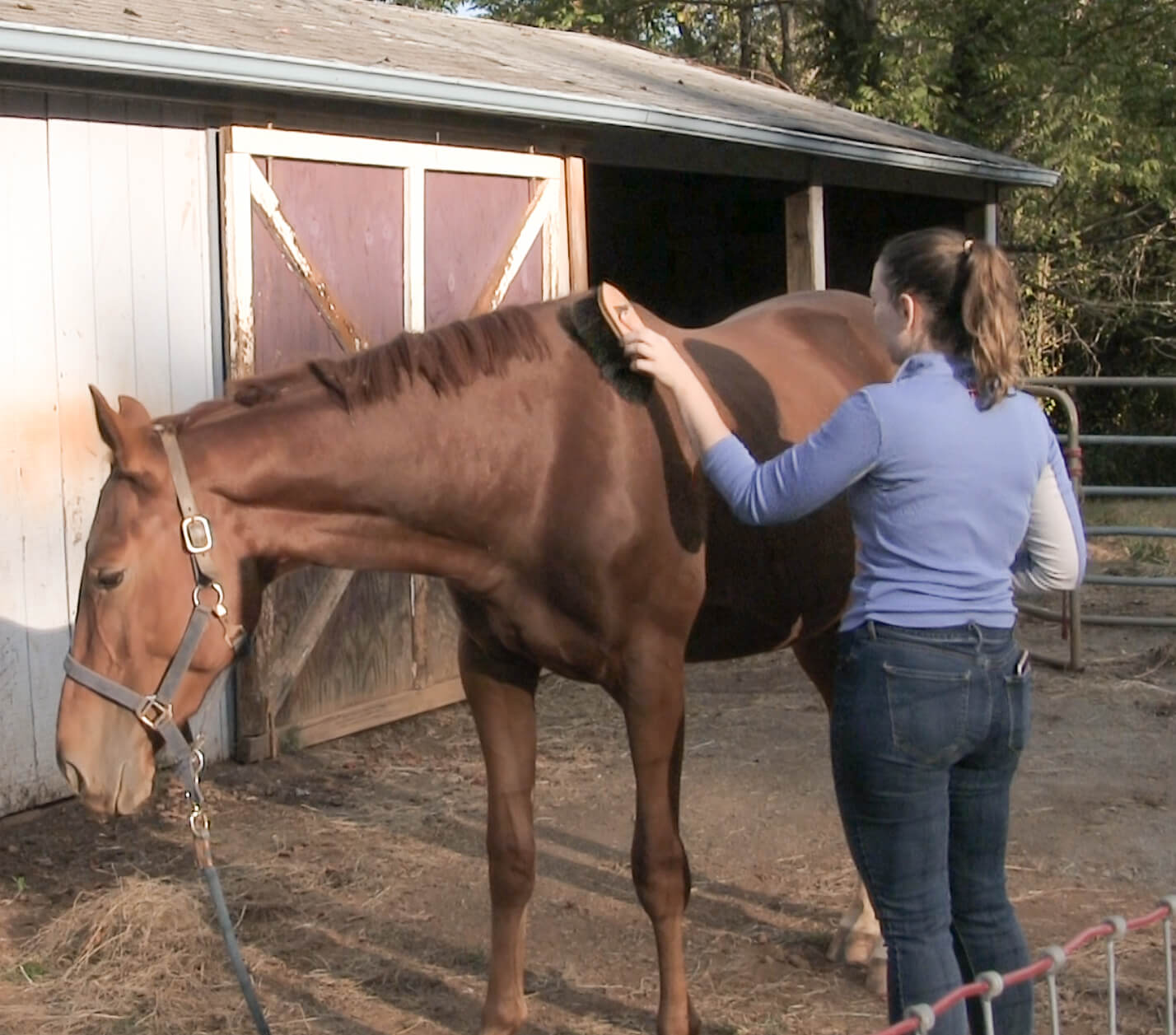 Just relaxing for a grooming.

For the second session I asked him to walk up and down the grooming area, and that did go better. He still doesn’t fully get it, but he’s sort of getting it. He just can’t get why I want him to move away from me. Oddly Vintage was similar but she’d actually move. She was so high energy, she’d try to keep facing me and leg yield in circles around me. She was an agile little thing before she became an old lady.

I know I need to push more, but it is so pleasant with him being so relaxed. It’s like watching the a video of ocean waves – so calm and predictable. For being a 2 year old, he’s very low key. But, I’ve seen him bucking, running around, and playing in the field, so I know he’s got some energy in him. He doesn’t have that kind of energy for everyday though, it’s just special occasion energy.

I’m very excited to actually be working with him again. I only work with him for 20 minutes or so every other day, so progress is slow, but it seems steady!