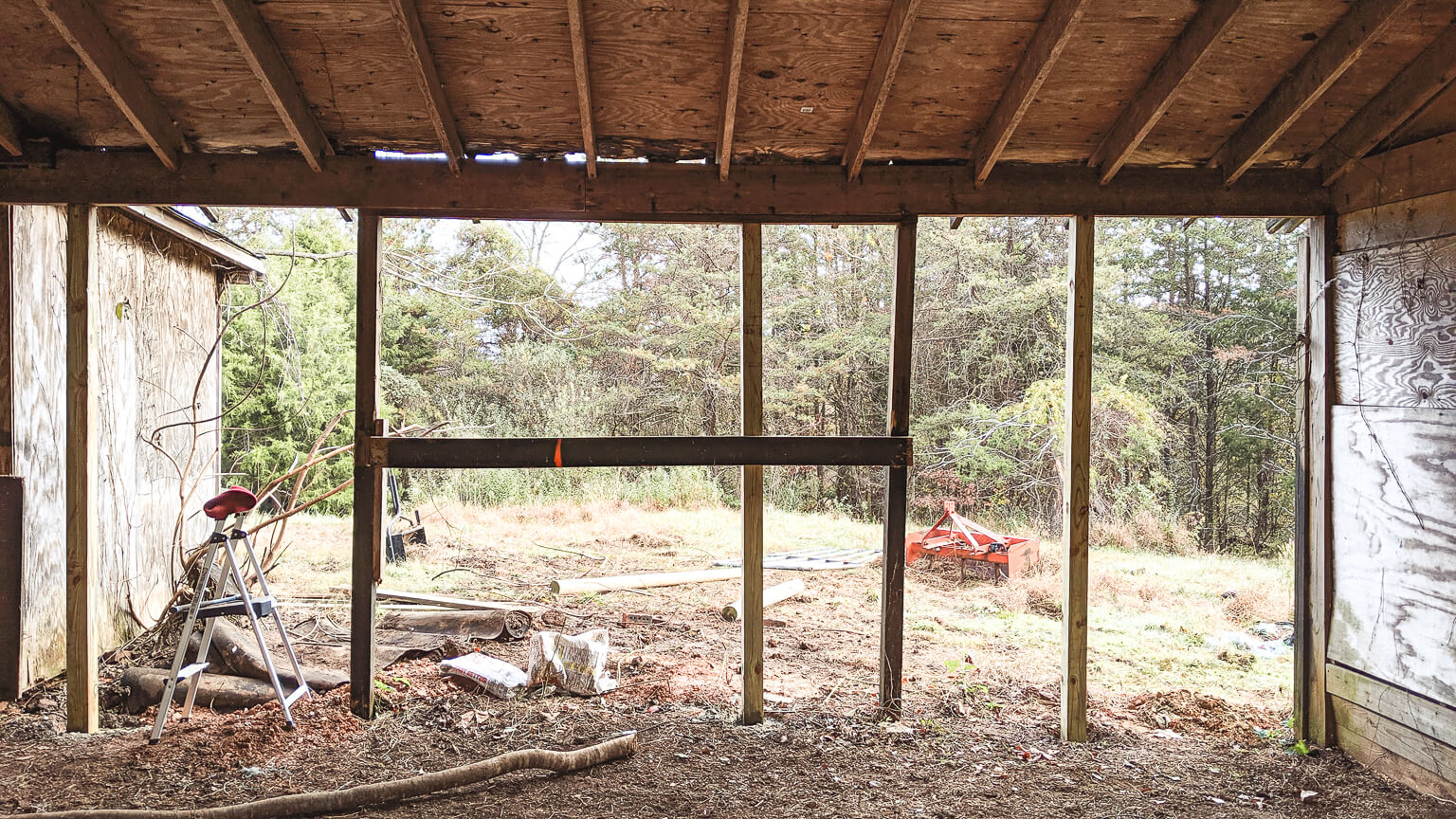 The barn has needed repairs since we moved in, which embarrassingly, was 7 years ago. It took a while to work through the procrastination. But, now that I’ve started, I’m very excited to continue, and all I want to do it keep working on it. It’s really not that hard, and it’s so rewarding to see instant results. 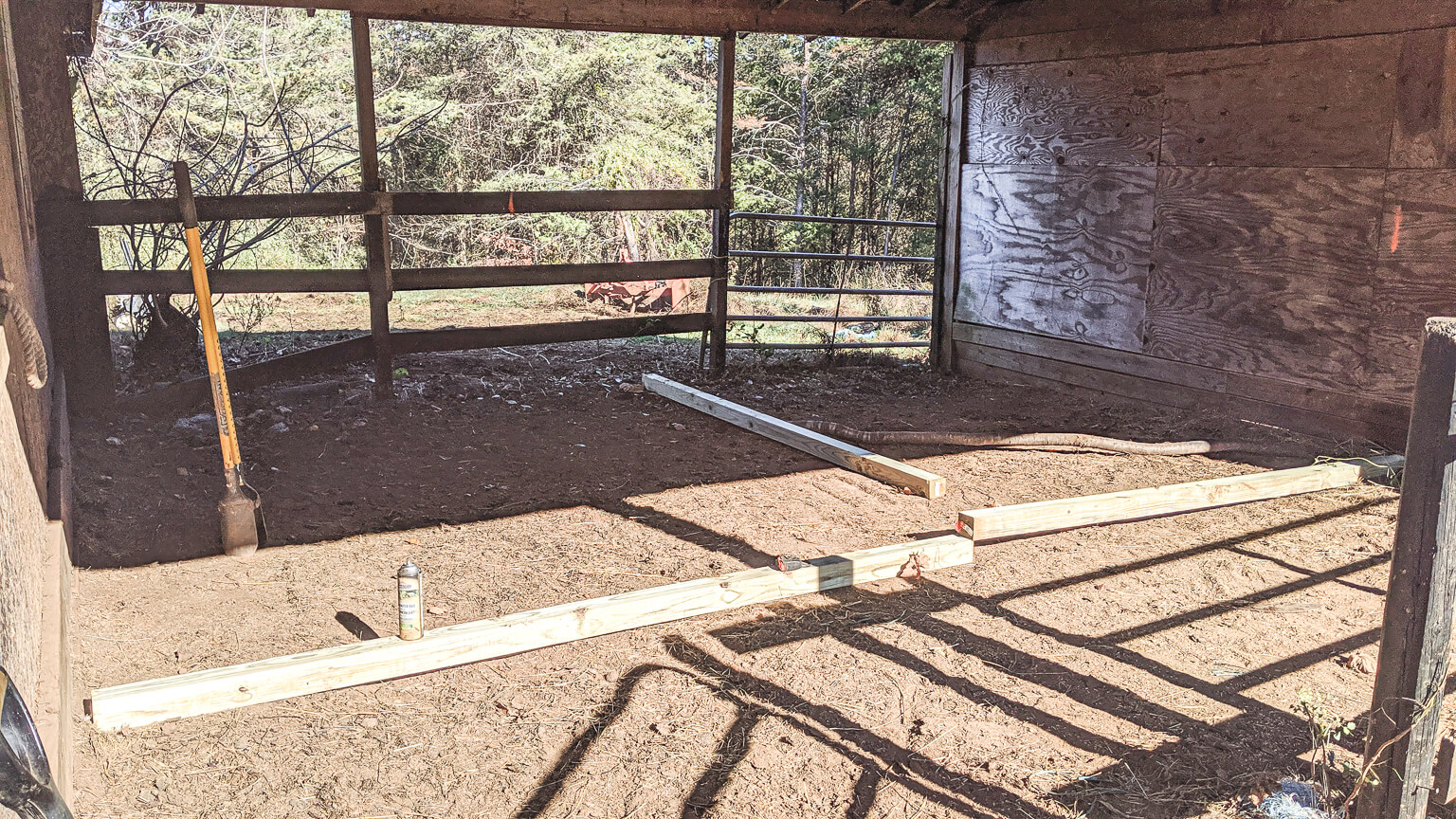 I remembered too late to get a before picture – this is the closest I have, with posts laying out the future stalls. Pretending is fun!

The barn as a whole consists of two sections – the original barn, likely built in the 80’s, still in mostly good condition but needs cosmetic work and a new roof, and the addition, a shoddly constructed open area that seems to have had very little thought put into it. The “beams” are franken-beams, multiple pieces nailed together, with the main roofline sagging. The back support beams are crooked, and since they didn’t even reach the roof beam, they slid in additional pieces of wood.

Whoever built this was intially ambitious, as they left a lot of building supplies behind. They meant for this to be so much more, but it just never materialized. Unfortunately they left the building supplies out in the grass, uncovered, where I intially discovered them by running them over with the tractor. Since then, we’ve taken a lot of it to the dump, spent time picking nails out of the dirt, and a little bit of just moving the mess around. There’s still more trash that needs to go to the dump.

Eventually I plan to turn the area into two stalls, with lovely little runs out the back, but first the building needs repair. I started with putting in new support beams for the roof. I dug the holes, dropped in the beams, back filled with gravel, lifted, wiggled, and when they were at just the right height, hammered the beams into place. Then dumped in the concrete. I now have beautiful beams, ready to go into service to hold up the future wall and doors.

Now I’ve got the hunger to put in more beams. It’s like an addiction, once I start building, I must keep building. There’s so much building that needs to be done. Interior beams are coming in next – first one for the roof, and then for the stalls.

Since this area used to be where I fed Stu, there’s now an added complication. It used to have fencing across, and now it’s just open. Last night I built a very clumsy temporary wall out of a large branch, a gate, and some rope, and he didn’t test it at all. To be honest, he’s not really the bravest creature. But I think he might eventually test it, so I don’t think I can keep using it. The best I can do at this point is just build his stall as fast as possible. I guess until then, he’ll just eat the field, which he also does not like. He’s a weird guy.

I don’t know why I love farm work so much, but it is so much fun. Maybe it’s the sense of real acomplishment that you can see, and you can feel how much you did with your tired body. All I know is I need more posts, the sooner, the better. I cannot fight the cravings for more.