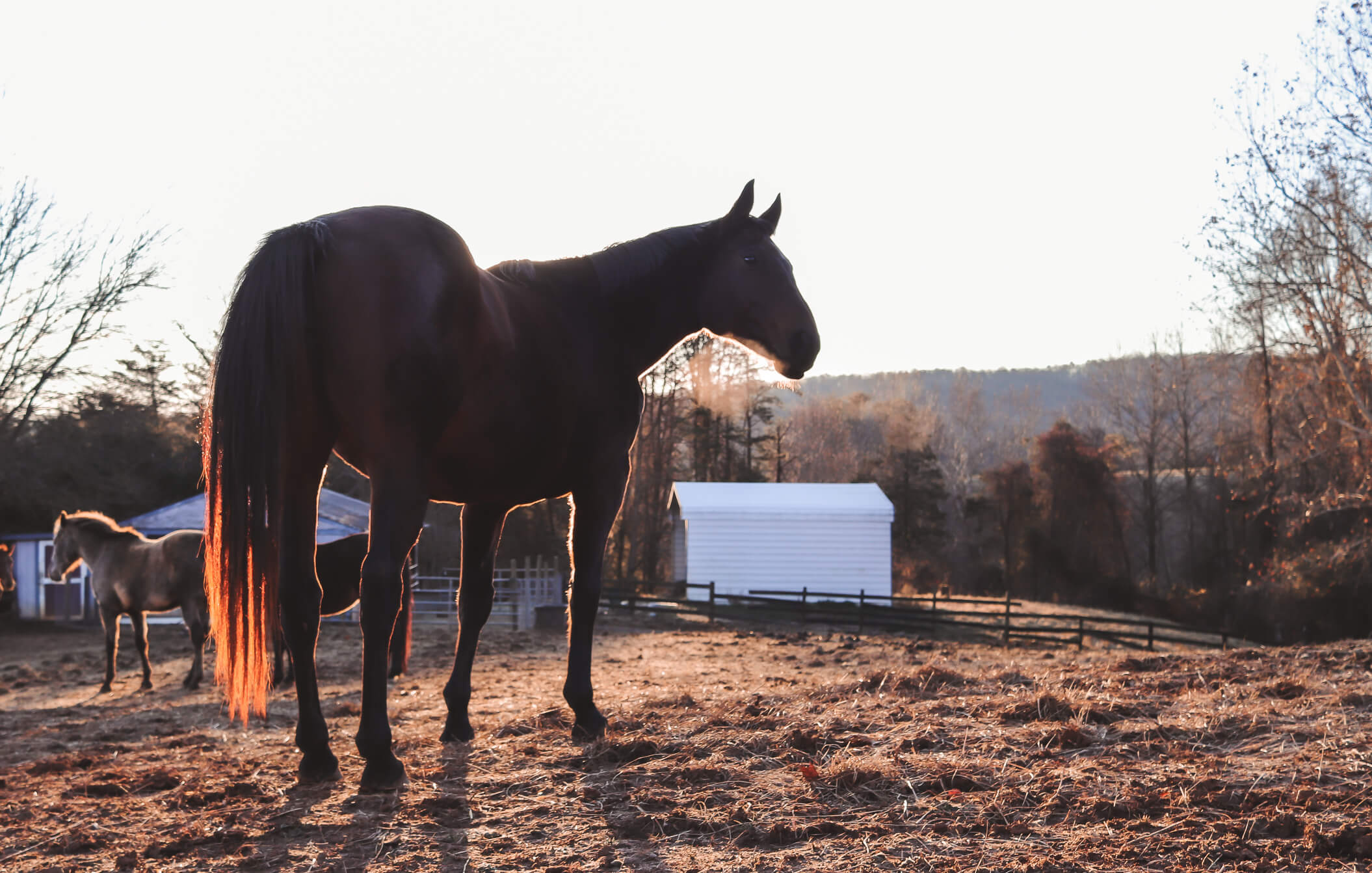 I may have gone a little crazy on Instagram.

I mainly used to post photos of my horses, usually out in their pasture, but I’m going to be honest here –  I was running out of inspiration. I’d still take the photos, but they all seemed so alike. I was boring myself.

So I decided to take a new direction. If you follow me on Instagram, you may have noticed. If you don’t, well, maybe you should! Then you’d be on top of things like this!

I’m trying to challenge myself to use the idea of an picture as a “story,” so to speak, instead of just an picture. I’m still new at this so my early attempts might be a bit clumsy, but I’m having a seriously thrilling moment that my latest post is being very well received.

I have never had such a popular post. I’ve never woken up to so many Instagram alerts. This image has resonated with so many people. It’s pretty incredible.

It’s also worrisome, because now I have a set a new standard. Before I posted this image I had a bunch of ideas that I wanted to create, but now they’ve all disappeared. I love that so many people loved my picture, but now I’m afraid they won’t like any other ones.

I’ll still put them out there though, as soon as I remember what they were. Not saying you have to like them, but you know… try to. For me.

But going back to earlier – this feels like the next step in my photography journey. I’ve been working away at it for years now, trying to capture my own view of the world, but I don’t know that it was clear in the photo. I think I’m a bit of a goofy person, and I enjoy trying to show the silliness and unique personalities of my horses, but I don’t think my pictures really reflected that. I think I can push myself to the next level. There will be errors and disasters (I actually see many errors in the above image, I’m just hoping no one else notices them!), but I’m going to see what I can come up with.

I am thinking that I will be making posts on here about the photos, concepts, and “behind the scenes” of making the photo in the future. Not quite sure how that will pan out yet, but I’d love to take you with my on my photography journey.

To be clear – it’s still about the horses. They are good models and like the attention. It seems like an excellent way to bond with my horses for the time being.

Whew – that was very rambling. Sorry about that. Let’s talk about this image.

This image is a composite of three different photos. The leaf, the hand, and the background/horse were all different pictures. I loved the idea of a horse having very delicate, nature-inspired wings, so the leaves seemed like a natural fit. I was having a lot of trouble figuring out how to make it work, though. I initially thought this would be a head-on photo of Stu, with a leaf on each side. Stu, because he’s a nice rich red color, and I thought the color would really compliment him, and I wanted him to look like a galloping pegasus with a head-on view. Turns out that was way harder to work than I thought, as my hands would take up most of the photo. It wasn’t the look I wanted.

I played around with the pictures of the leaves until I realized it would look good as a silhouette. Going back through my pictures, I found a photo of Berry as a perfect silhouette for the image. This photo was taken a few days prior to the others, and I’m actually a fan of it as is. I debated just posting it like this, but eventually decided if I liked it so much the way it is, surely I’ll like it even more for my concept. 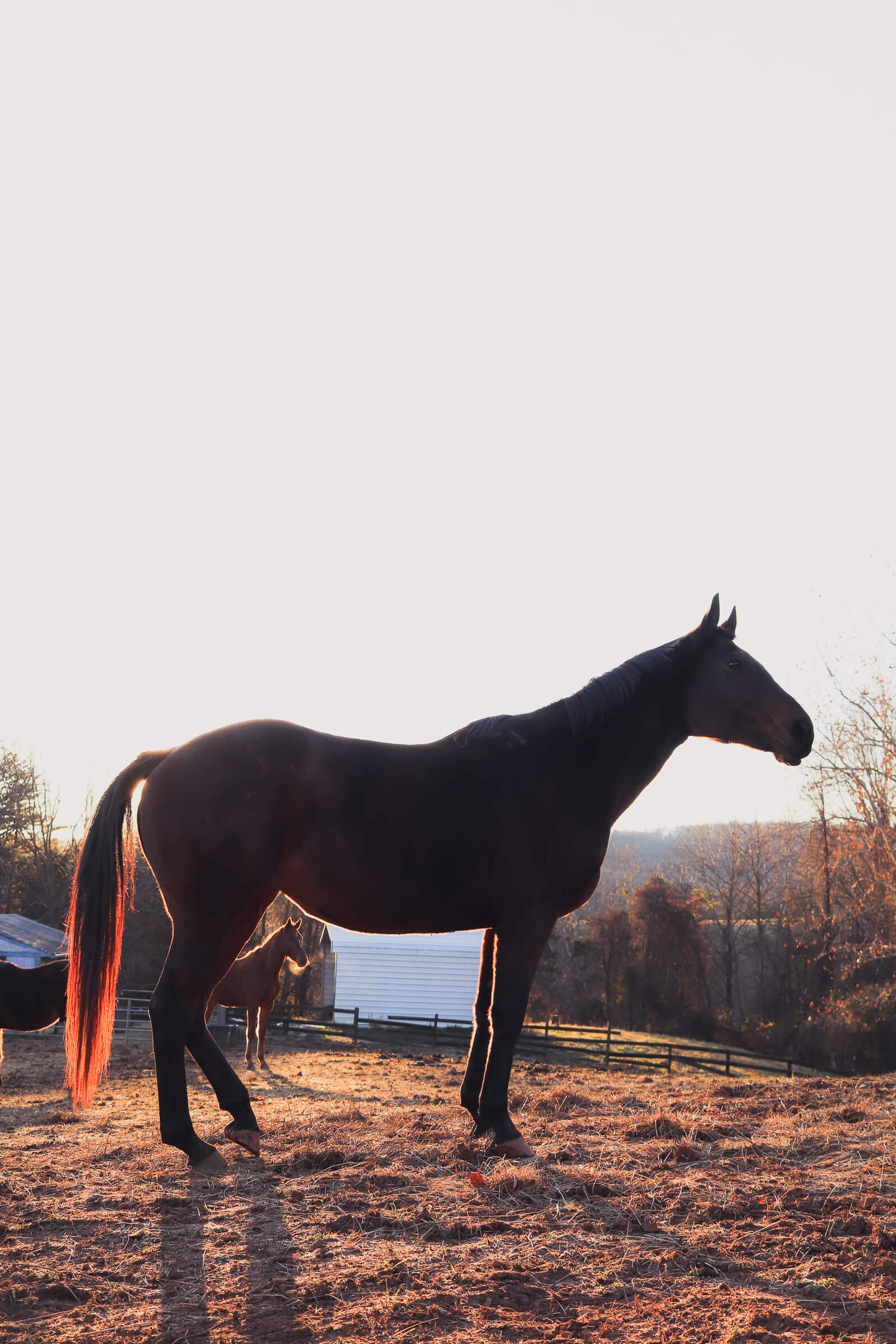 It definitely helps to have a library of images to use when trying to create these pictures!

Overall, I spent probably 5 hours on this image. I had to take the photos, and then retake them when it didn’t look how I thought it would. Then I had to experiment in photoshop, starting over a few times when the first few tries weren’t working. I’m glad I kept at it thought – I’m so happy with the result.

So that is the how this image came into being. I’ll have more images up soon. Do let me know if you enjoy reading about their creation, and I’d be happy to continue. I’ll talk about a few more, and based on your reactions decide if it’s worth continuing.

And if you are one of the ones who liked my image – thank you so much. I’m really touched that so many people liked it.