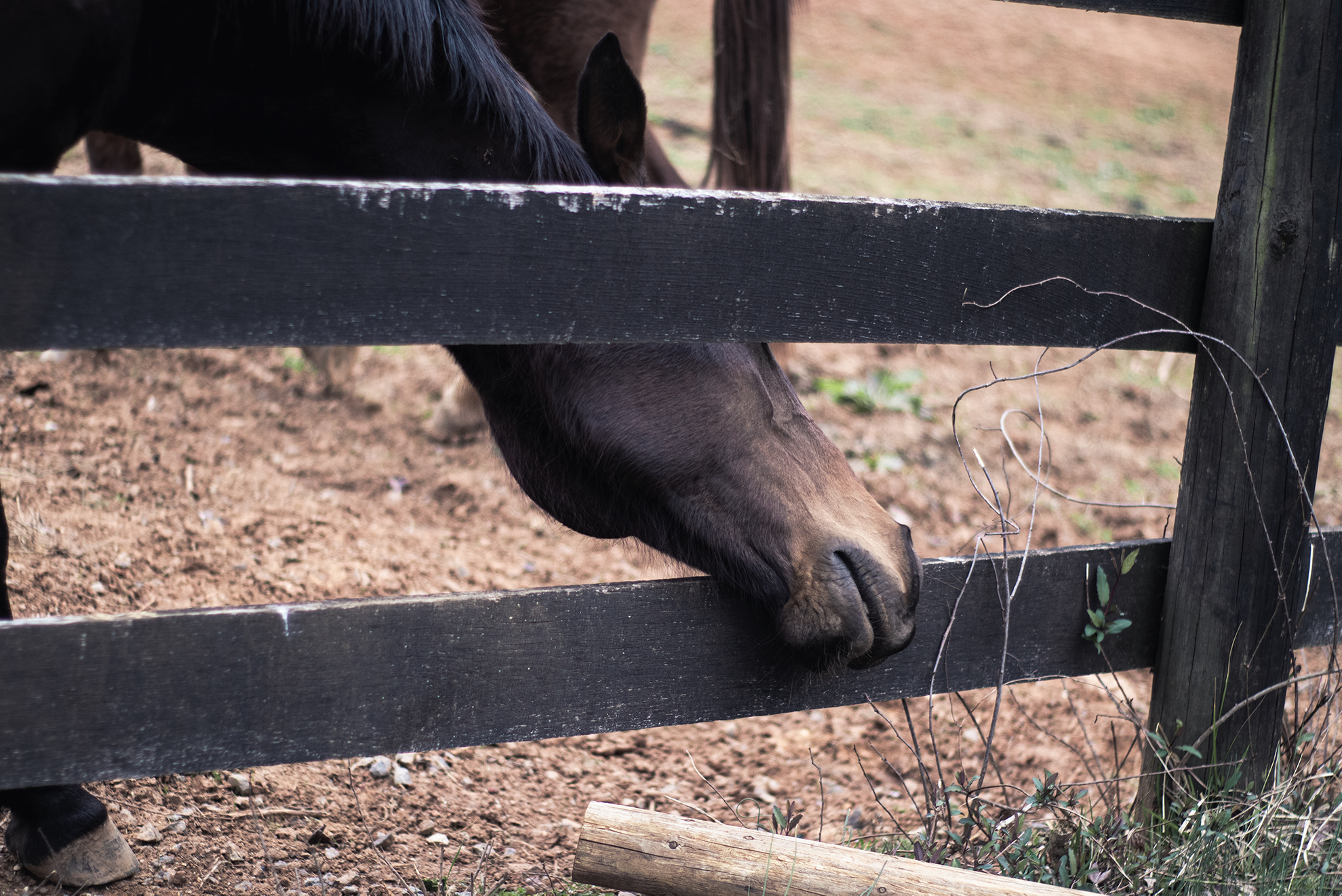 The posts I had planned for today is delayed. I usually write my posts in advance, and then read/edit them again in the morning they are posted to try to catch any typos. I frequently make typos, and looking at a post with fresh eyes helps to catch them (although I sometimes still miss them anyway!)

This morning, I had a post queued up, but due to a frustrating morning, my read through was delayed, and instead I’m going to complain about horses.

I went out to feed and turnout before I do my morning edit. I put up some temporary fence to give the main pasture a break, put the mares in it, and thought I could just leave it at that. Instead, Stu smashed through the fence to join them. I put him back, he literally does the same thing. I tried to catch the mares, now they are too riled up. So now I have a bunch of horses rushing around this tiny paddock, which is also wet due to the rain, and I’m about to pull my hair out.

Sometimes, I hate them. They are such a hassle, expensive, and pains in the butt. And I haven’t even been able to ride!

Recently, I’m pretty sure I’ve complained about them far more than I’ve gotten enjoyment out of them.

Although actually, I take that back – while I was watching the idiots acting like idiots, Pony came and stood with me, putting his soft muzzle into me. We watched the idiots being idiots together. He’s a sweetheart. I will never part with this pony. Plus he appreciates my attention so much more than the others. I definitely enjoyed being with him. He’s pretty close to being perfect.

But the other ones… I even texted Dave while watching them tear up the fresh paddock – “I am selling this horse,” meaning Stu, the instigator in all this.

My thought process as I watched this circus: I don’t get to ride, the time I’m with them is just manual labor, and they cost a lot of money and effort. Where is the reward? I could sell Stu, I’d still have Berry, who may not be the fanciest horse around, but she’s a good girl. Then I’d be able to devote all my time to her, and to getting Pony ready for Bridgette. No more worry about baby horse antics.

But now, a few hours later, I’m feeling a bit calmer. I can see the three idiots now calmly grazing in their tiny paddock, hole still in the fence. Pony either never figured it out, or lacked the motivation to join the crew, so he’s by himself in the huge field. Honestly, he doesn’t seem to mind. He’s not obessively herd bound like Stu.

Stu is my dream horse on paper, minus the chestnut part, ugh. I’ve always wanted a big fancy warmblood, able to be shown if I wanted, to go foxhunting, or able to explore the trails. I truly just wanted another Vintage, the love of my horsie heart, but bigger. I trained Vintage as a teenager, perhaps primarily through dumb luck and sheer teenage willpower, but she ended up amazing. She was the greatest horse to ride before she decided to permanently retire herself. I want another Vintage.

Now I’m formulating a plan. Stu lacks confidence without the herd leader, so he needs some time by himself to get other that. Pony went through the same thing when he went into training – 3 solid months of being alone in a paddock, his only interaction was his trainer.

I’ve been working with him about two times a week, I’m going to increase that number. I do get fulfillment out of working with him, it’s just tiring to do at the end of a long day (once you’ve chased a toddler around for 10 hours a day, you’ll understand. How does she have so much energy?!).

So I’m going to double down on this – force myself to do it even when I’m tired. It might be hard the first few times, but I’m guessing it will be like going to the gym soon – hard to start, but really easy to stick with once there’s a routine.

I’m determined to make another Vintage. And to look on the positive side, Vintage was a little insane and feral when I got her, and she turned out alright!

Because I need accountability, I’m going to video it and post it to my channel on YouTube. I like making videos, but I haven’t made one in a while. Stay tuned for that one!

I’m also getting more electric fence and putting it on top of all of my board fence. I truly thought three board wood fence would be enough to keep the horses in, but apparently I’m dealing with some kind of deer/woodchuck hybrids whose main goal is to break through at any cost. At least this means maybe Stu will be a bold jumper? Doesn’t seem to have a problem hurling his body into a wooden fence – or, probably means the opposite – he will forever hurl his body directly into jumps. In which case, I’ve got a slightly insane but extremely good looking warmblood gelding for sale. Please overlook that he’s a chestnut.