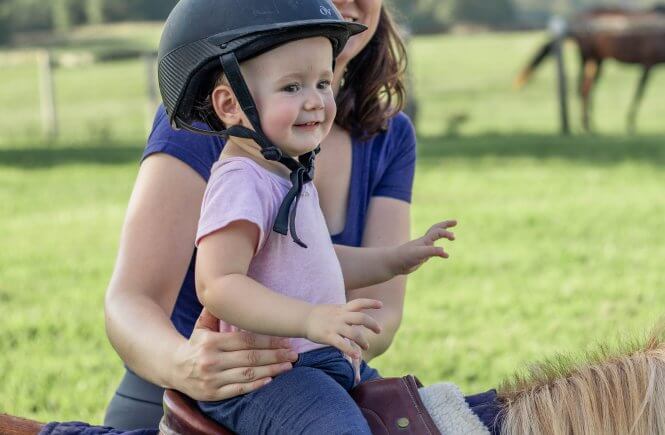 It seems like just days ago she was born, and now she’s hit another milestone – her first pony ride!!! She’s been born in another way: introduced to the wonder of riding.

Naturally, she has already been around horses, since she lives on a horse farm, but I have never let her on on. To be blunt, I do not trust my horses with something so precious as my sweet little daughter.

So, although I do have my own Pony, I took her to Jennifer Lee Jumpers. She has an absolutely adorable little leadline pony named Sydney. I really wanted Bridgette to be completely safe for her first experience and Sydney was a perfect little lady for Bridgette to climb on and be led around.

I don’t have many photos of her on the pony because leading a toddler around on a pony is a two man job. Someone to lead, and someone to anchor the baby in the saddle. She’s still a bit top heavy due to that head, and she can lose her balance very easily. A few times she actually lifted up in the seat just from Sydney starting to walk.

We are going to work on it though – maybe next time she’ll take some sweet jumps!

She loved riding the pony, and every time we’d stop, she’d kick her little legs and say, “Go Go Go!” There’s a lot of enthusiasm in this one!

She was also proudly telling everyone that asked that a horse says, “Neigh!” She even neighed back to the horses in the barn a few times.

She hated wearing her helmet though. She was pulling on it and complaining, and did not want to wear it. She tried to get back on the pony without the helmet, but I was not allowing that. I’ll keep working on getting her used to it, and she’ll just have to accept that if she wants to ride, she has to wear the helmet.

This is off to a good start though! And as a bonus, she was so worn out, she passed out nearly immediately once we returned home, and slept through the entire night. This is a win-win situation! 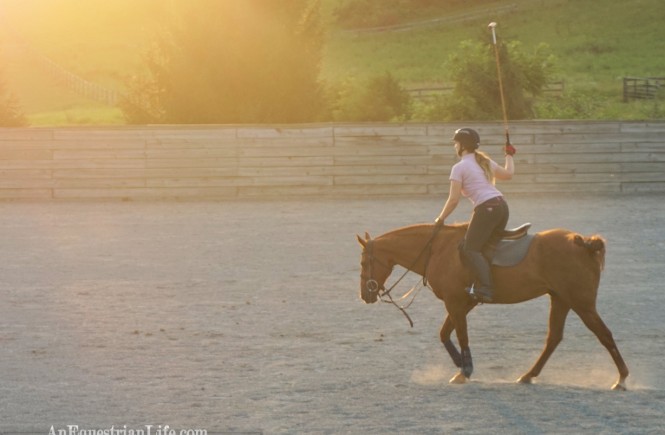 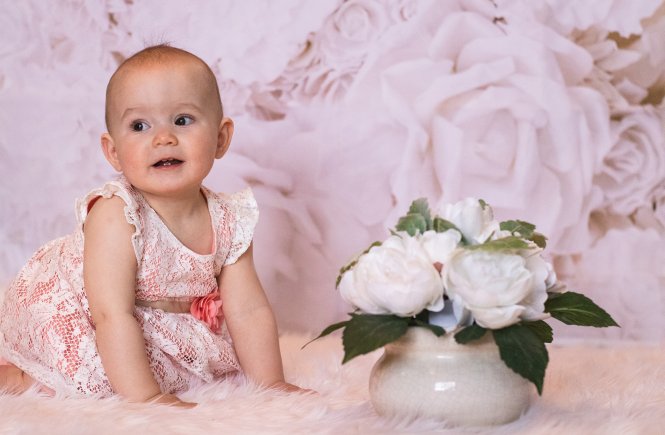