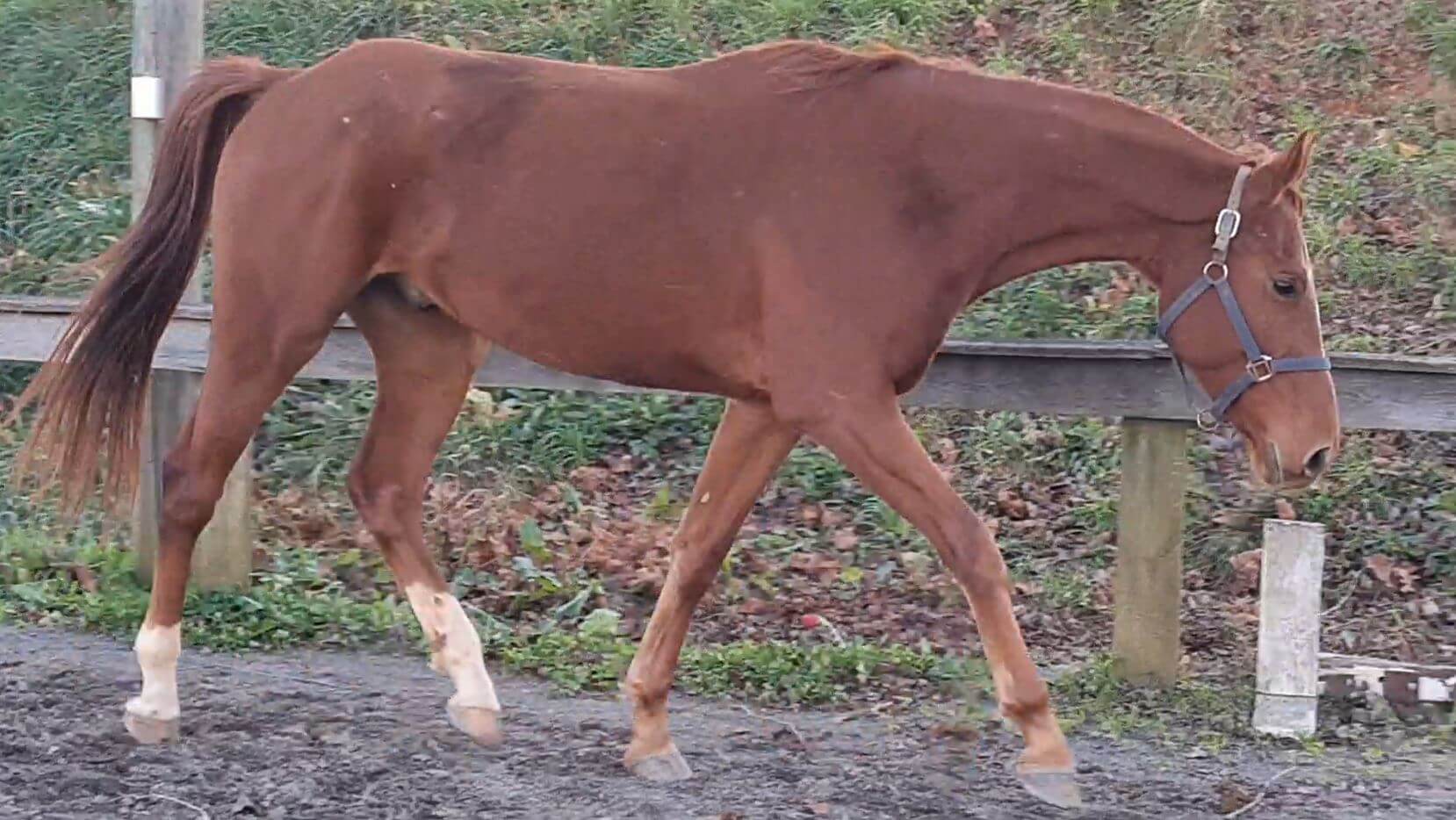 Back in November, Stu was living at my farm, enjoying the good life. He got fed, he got water, he slept and ate as much as he wanted. But Stu wanted more. He knew there was something out there he was missing.

So Stu started jumping the fence. Again. The first time, well, I guess things happen. But the second time, I’m noticing a trend. On the THIRD TIME, I realized I can’t keep him in the field. He literally jumps out every time I turn him out.

That was the start of the panic. What am I going to do?? In the course of a few hours, I had a plan. It was time for Stu to go to the trainer’s. But the trainer couldn’t take Stu until the beginning of December. Which meant that I had to find someplace to keep Stu for a few weeks that would be okay with his tomfoolery. Luckily my friend Sarah stepped up and agreed to take him.

I’ve known Sarah for many years. I bought Berry from her, sent Pony to her for training, and I would have sent Stu, but she’s not breaking horses anymore. But she agreed to a very short term boarding arrangement until the trainer could take him.

When I dropped him off, I also got to show Bridgette around the farm, and she loved it. There were chickens, sheep, cows and turkeys, and her favorite of all: a pile of stone dust. Very exciting to a toddler.

Stu had quite the adventure while at Sarah’s. First, Sarah took a video of him, which I greatly appreciate as I hardly ever get to see him moving around (only when he’s being bad, and it’s hard to appreciate it then). And through the power of screen grabs, I got all these images. Woohoo.

But, other than that, Stu also took to jumping out of Sarah’s fence. Jumped a 4 foot fence the first day he was turned out. Sarah said she was bringing in horses when the mare she was leading suddenly made a nasty face. The mare wasn’t usually like that, so she turned around… and there’s Stu.

It wasn’t the only time he jumped out, just one of several times. My cheap field board became more pricy stall board because she couldn’t trust leaving him out when she’s wasn’t there.

After a few days, Stu made a friend with one of those horses whose field he jumped into. Frankly, it worked, so it was just left at that. The rest of Stu’s time there was uneventful.

Sarah was kind enough to take the videos below, which I stuck together into one long video. Frankly, it might only be me that’s interested in it, but here’s Stu, moving around an arena, and thinking about if he should jump the fence.

Once the trainer had space, she picked up Stu. She said he walked right into the trailer, and was polite and well mannered, making me wonder if she picked up the right horse. But then she sent me pictures, so I guess it’s my horse. It’s definitely the same halter.

The trainer mostly does western, a lot of barrel racing and I guess other things like cows. I specifically decided to send Stu to a western trainer for a few reasons:

I’m not saying all english trainers are like this, and I’ve seen many in my arena that specifically ride the horse out and about, and focus on a well broke horse. Buuuuut, they are also expensive. So to hit all three of those things, I went with a western trainer.

Plus, I’ve actually known this trainer for many years, I gave her a horse 8 years ago, so it’s not like I just picked her out of a hat.

It’s going to be exciting to see how he does. I really like her training methods, and I should actually write another post about them. It’s very much in line with my first point above, just training the horse. It’s going to make him a very, very good boy, and I can’t wait to see my boy at the end of this journey.