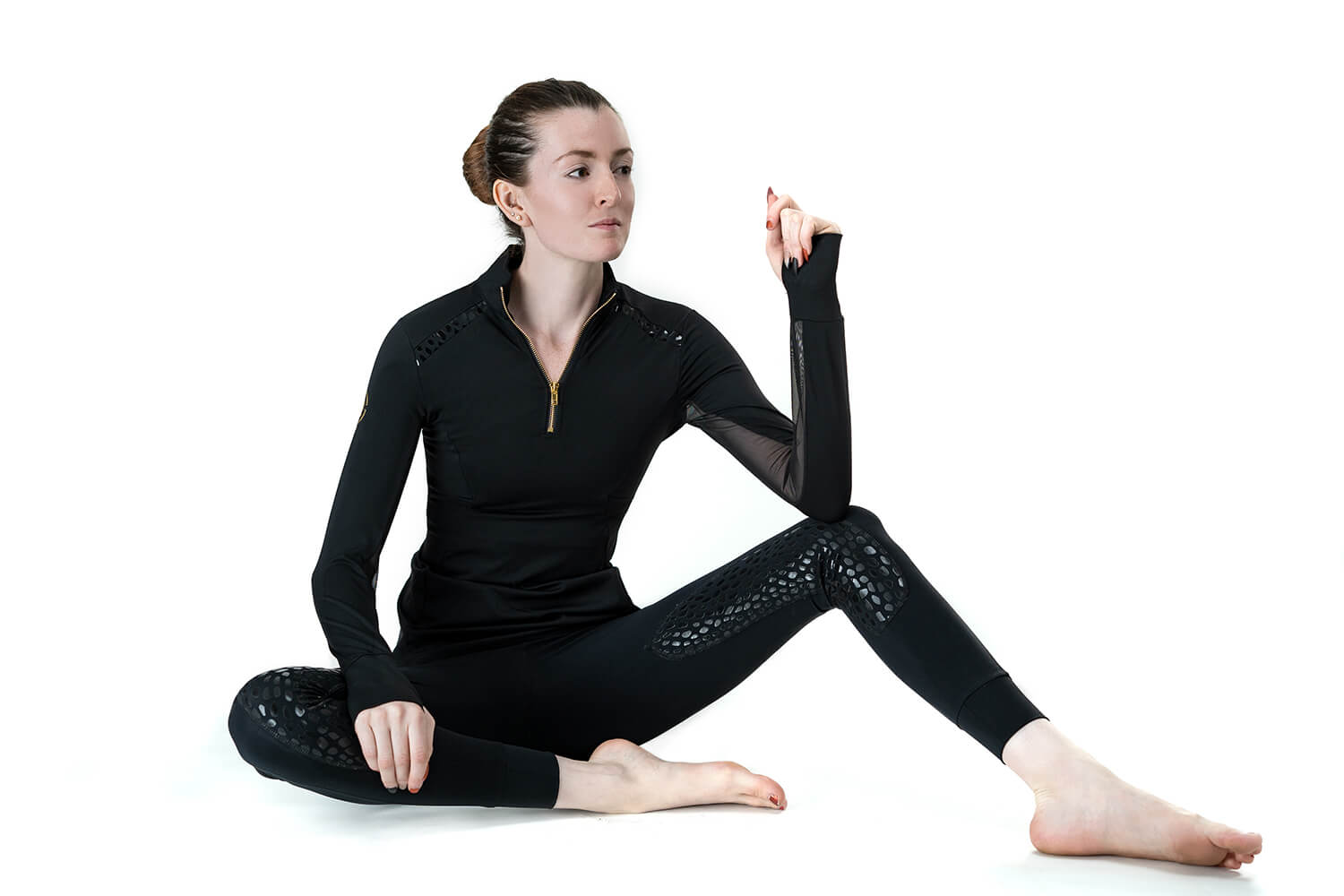 I had the opportunity to shoot for Sync Equestrian again for their latest product launch. This time it included the Venom Performance Top and both the Venom Full Seat and knee patch performance breeches, as seen here. It was an e-commerce style shoot, which basically means the focus is entirely on the product, with a white background. Nearly all websites feature their clothes this way.

This was a fun shoot! The clothes were beautiful, of course, and it’s a different kind of challenge to pose people with no props. It’s just their own selves, while making sure that the clothes are the focus. Although I think black and white goes together fabulously, so it looked really good stylistically, other than just being for the website.

It was also fun working with a model I’ve worked with before. Last year, I did two test shoots with her, and I loved the results. I did not feature them on the blog at the time, as someone had just been stealing my images off my website, so I was feeling a bit salty at that moment. But it’s really fun to see how far we’ve both come along, her with her modeling, and me with my photography. I think we’re both doing pretty good!

I photographed a second model as well, although it was my first time ever meeting her, and it was her first time modeling. She did so good, I’m so proud of her! It’s always intimidating getting your photo taken by someone, you never know if you’re doing the “right” thing, and you get nervous, and you can just clam up. She worked right through that though, and we made some beautiful images.

I’ve been trying to take more “behind the scenes” images at my shoots, but I keep forgetting. I think it adds such an interesting perspective of what a set looks like, and a little bit of insight of what it takes to create an image. I’m going to work on getting more behind the scenes shots in the future.

Here’s a few of my favorites from the shoot. More on the Sync website!

I’m very happy with how they turned out, and it’s really exciting to see my images being used. Sync Equestrian’s clothes really are so beautiful and high quality so it’s an honor to be part of this launch. And the owner is just such a gem of a lady! I highly recommend checking out their product line.

I’m hoping to get a few more shoots in before I’m “out” on maternity leave, but…

I will admit it’s getting harder to photograph these days, with how big I’ve become. It’s a struggle to squat down, lift myself up, and just move around. A little over one more month of this – but then some weeks of recovery afterwards! I’ll be eager to get back to work after recovery! I’m starting to plan out my spring sessions now. It seems like so far away right now, but it’s going to come so quickly – especially since I’m going to be very occupied taking care of three babies!

I hope you enjoyed this peek at my shoot though. If you found it interesting, let me know and I’ll keep sharing!