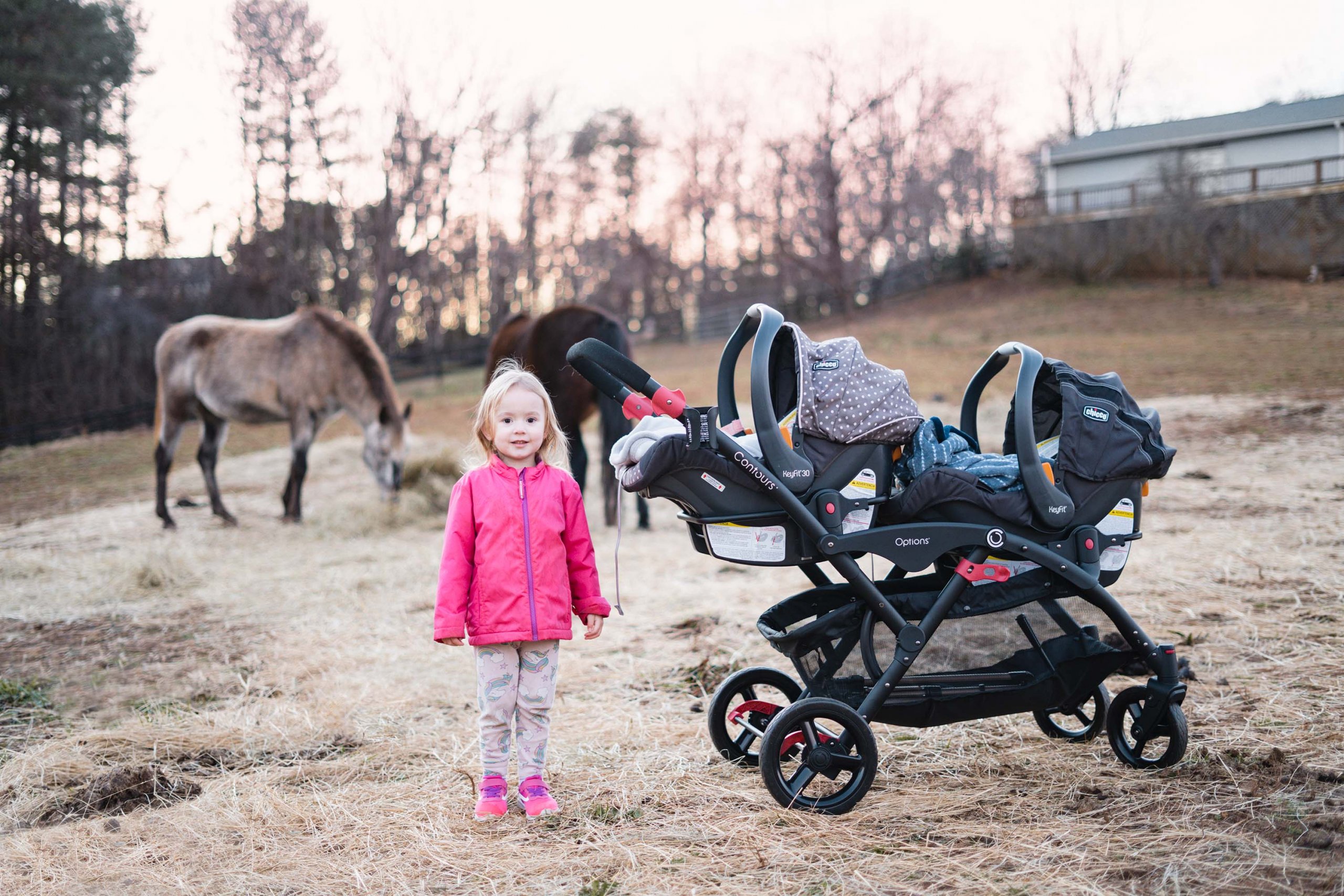 They have arrived. After so many months, starting with constant sickness and misery, and ending with constantly being uncomfortable, they are here. It’s been over a month now, and I finally have the energy and time to write this, early in the morning, while all the kids are still sleeping.

Pregnancy was rough. It was definitely not as bad as others, and my pregnancy was actually completely uneventful and everything went smoothly, but I just hate being pregnant. I was huge, unable to function normally, and my stomach was completely destroyed.

My pregnancy actually was great, as far as twin pregnancies go. Twin pregnancies are considered high risk and there is a lot that can go wrong. I was expecting not to go full term, possibly bedrest, possibly scary things happening and having to run to the ER. I got … nothing. No early labor, nothing weird, and I even went full term. I had a scheduled c-section at 38 weeks, since twins can die in the womb after that, but my doctor thought I probably would have gone even longer naturally. He said I was the most normal twin pregnancy he’d ever seen. I guess that means I could have been a professional broodmare, except I had a tubal while getting these boys out, so there’s no more babies in my future. Three kids is enough for me.

So, at 38 weeks, the doctor scooped these boys out of me. One had fluid in his lungs (common for c-sections) and had to spend a day and a half in NICU (intensive baby care). The other was totally fine. Interestingly, it seems to have predicted how these boys are. NICU baby is quite sensitive and needier, and totally fine baby is very laid back and relaxed.

Once they were out, my body was a wreck. My stomach was so stretched out and covered with stretch marks. It felt like a bomb went off on my stomach. When I had Bridgette, my body basically instantly went back to the way it was before I had her. I remember looking in the mirror at the hospital, and thinking about how I basically looked the same as before I was pregnant. Granted, I was no super model before, and certainly not afterward, but working out while pregnant really did help me keep my weight down, and keep everything normal.

I didn’t work out while I was pregnant with the twins because I could barely walk, and boy did it show. I lost so much muscle tone, walking around was still hard, and my stomach was just so awful, I wanted to cry every time I looked at it. And it was super itchy, which didn’t help matters. I was super swollen, and I still looked pregnant, with my stomach projecting out way past my chest.

It has been getting better though. I got a waist trainer thing that pushed my organs back into place, my doctor gave me ointment for the itching which also worked to fade the stretch marks super fast, and I’m gaining my muscle tone back. Not quite normal yet, but better.

Initially the babies slept a lot. In fact, they still do sleep a lot. But in the beginning, it was feed, sleep, feed, sleep. Now there’s some time where they are awake, but not quite able to do anything. And then there are the times when they should be sleeping, but can’t fall back asleep for whatever reason, so it’s an hour or more of rocking and soothing to try to get them back to sleep. It’s especially fun when it’s nighttime, and all I want to do is go back to sleep. The worst nights are when they alternately wake up, so as soon as one is finally asleep, the other one wakes up and requires an hour or more to go back to sleep. And then the first one wakes back up. It’s rough, and there are so many times I’ve wanted to cry out of desperation and exhaustion.

Waking them both up when one wakes up helps quite a bit. They both feed, ideally go back to sleep, but half the time one of them needs some assistance to go back to sleep, and it causes the cycle of their alternating sleep schedules. The best nights are definitely the ones where they both feed, and both go right back to sleep. Those nights feel like a vacation compared to the other nights.

It’s been getting better though. Every few days feels like a step forward in being normal again. We started out with them waking up every two hours to eat, and last night they had a four hour stretch of sleep. So nice… making progress!

My days are spent trying to get them on a schedule. Life feels less chaotic and easier when schedules work out. I have been bringing them out to the barn in the mornings and evenings as an anchor to their schedule, since I go out at the same time every day. Babies love going outside, and it breaks up the routine of feed/sleep nicely.

There isn’t really a whole lot going on though. The feed/sleep cycle is just never ending. It takes a lot of time and energy to keep it going. I haven’t even left the house except to go to the doctor’s office. Dave has been doing all the errands. I never thought I’d miss grocery shopping.

After three months, they’ll be able to drink bigger bottles, and go longer without feeding, and it should get easier. There’s a reason the first three months after pregnancy were nicknamed, “The fourth trimester”. Babies are very needy during that time.

They will continue to be very needy, but I’m hoping for a bit more variety in my life after that. It’ll be fun to take them down to barn, and they can play in their pen while I ride. Or I’ll be able to leave the house, and go someplace… really I’ll take just about anyplace at this point.

I am very grateful that they arrived here without complications, and it seems I have two healthy baby. So the misery of pregnancy was worth it, and once this difficult period is over, it will have been worth it, too.