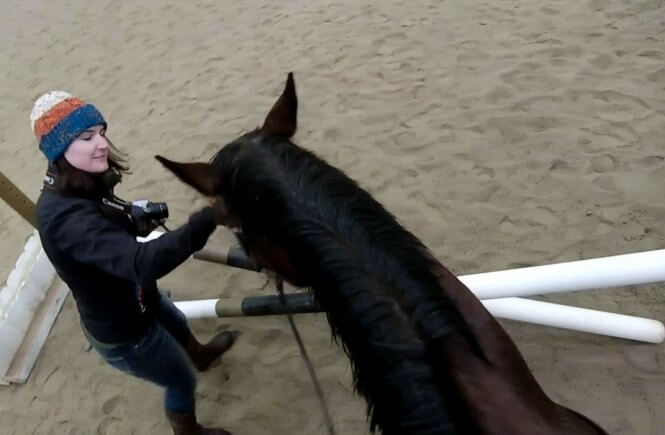 I took a bit of an unplanned hiatus from blogging. I think it’s only been a few weeks, but it feels like it’s been years since the last time I posted. I am just SO TIRED recently. It feels like I have so much to do, and there’s just never enough time to do it, and then also sleep.

Plus, I’ve been dealing with this fun:

We had so much rain over a short period of time. Why can’t you space yourself out, weather?! Why do you come down in buckets, and then later, like now, the earth is bone dry!?

But I felt much better once I got on my tractor and squished that mud back. (Although technically, that’s what I was doing when I took the above picture, that’s a tractor wheel rivet.) It was like moving sheets of water – I created my own ocean waves, except for they weren’t soothing sprays of salt water, misting the air, it was sheets of watery mud and manure. But, I was pretty happy afterward!

So I’ve been working, working on the farm, and I got in another lesson. It went pretty well. Almost too well, if you ask me… you know that feeling when you take a lesson, and everything goes right, so you end up being the person who does each exercise only one time, while everyone else repeats it like 5 times? Well, I hadn’t ever experienced that before now. But now, apparently, Berry and I have reached the level of “mediocre.”

Berry is such a good girl! She was confused by a wine barrel jump and refused, but I get it, Berry, we stop and drink wine, not jump over it! So thankful to @thetravelingrider for coming to film me! 😁😁

Seriously, I’ve always been the person on the green horse, struggling with nearly everything. So it’s kind of a nice change that everything is sticking now. I guess I could say Berry isn’t green anymore? We’ve finally graduated? (Hopefully, the next one will get through this stage faster?) 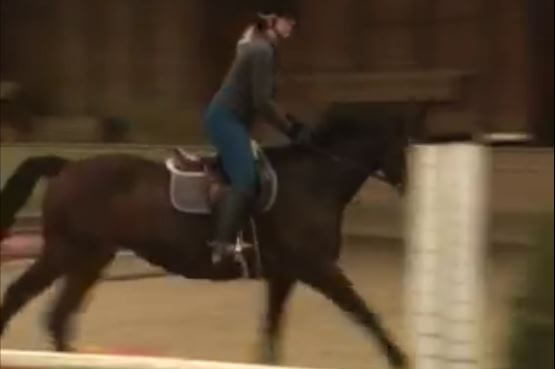 We still have so much to work on, but it’s nice to know it’s going in a good direction. Staying in a regular lesson program is a top goal this year. It’s hard when there are so many other priorities going on as well, but it’s feeling like other things in my life are finally coming together enough to make it work. Plus, it’s warming up, and that’s always good!! Yay for the warm weather! 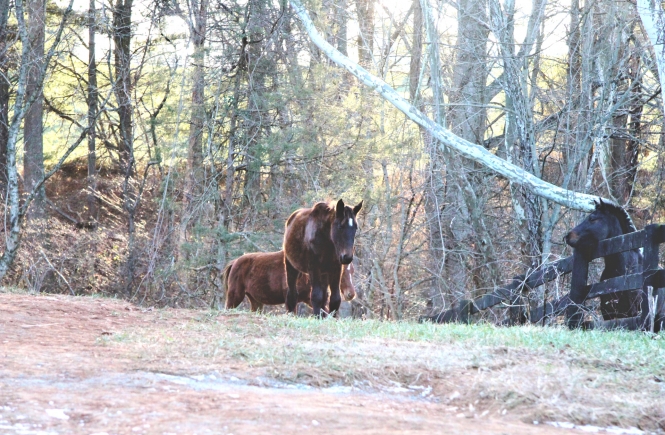