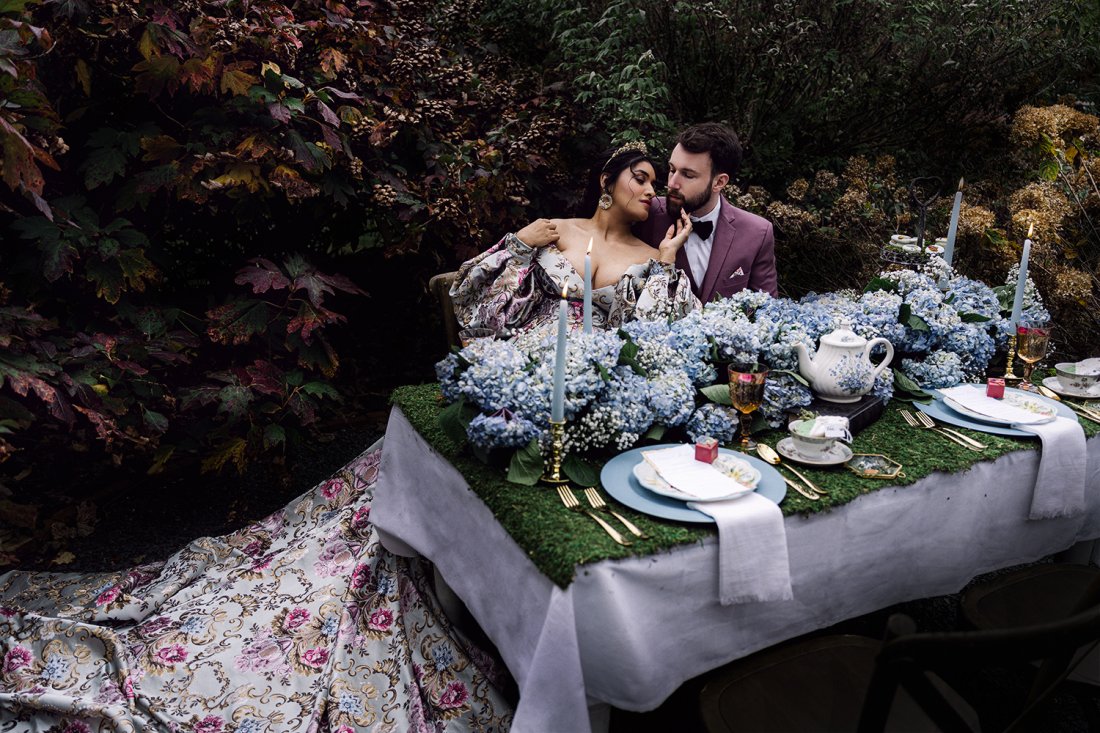 The Power Behind Improvement

Life happens. I try to update my blog once a week, aiming for Mondays, but sometimes I just get caught up in life, and I don’t have time to write up a blog post. This week, It was because I’ve been busy at my real job, being a photographer.

I had a few shoots close together, and I had to take time to make the actual photoshoot happen, and then I needed to process them afterwards. This is a pretty time consuming process, but I think the results are worth it.

My journey of becoming a photographer has been interesting, and actually started because of this blog. Yes, this blog you are reading right now. This blog started my journey as a professional photographer. While I’ve always liked taking photos, I started taking lots of photos so I could use them here. That developed to taking photos of other people for fun. Then it turned into taking photos of other people for profit. I regularly shoot portraits, I shoot for brands, and this year I shot my first wedding. I have three more weddings booked for next year, so far. I’m pretty sure that number will increase.

It’s funny to think about how much I’ve improved since the beginning. My photos used to look like this:

To be perfectly clear, sometimes my photos do still look like this. There’s nothing wrong with a photo of a memory. I’ll love this photo forever, of my beloved Berry, who I don’t have anymore, on her birthday. I thought it was pretty good at the time. For this photo, I did some kind of color grade, and then I added a fake blurry background, because I thought that’s what professional photos looked like. Look, I even watermarked it so that no one would steal my genius!

This is not a photo someone would pay me to take.

How did I go from hobbyist to professional? Lots of practice, and the continuing search for education. And that’s what I want to talk about.

I didn’t go to to school for photography. I didn’t even take a photography class in high school. I had a point and shoot film camera when I was a kid, I remember saving my allowance to buy it, a very price $40, but there was no indication it would be such a driving force for me then. I had a digital point and shoot later, and then Dave bought me the Canon Rebel I used for much of this blog. I always had a camera, but I had no skills. I just thought since I had a decent camera, my photos were therefore good.

I could have just left it at that. I could have decided as long as the photos were clear (or maybe even not, a good artistic out of focus could be used), I was fine. But I decided I wanted to be better, so I started looking up guides on how to use my camera better. I decided I didn’t like how I looked in photos so I would learn how to pose myself. That quickly changed into posing other people, and then it snowballed from there.

I started spending my spare time on YouTube, looking up tutorials on things I could improve. Every aspect of photographing, from composition to lighting to editing and retouching. I experimented with the things I found out, testing it on models. There were a lot of failures. There were many shoots that will never see the light of day because they are so awful. Even just a few weeks ago, there was a photoshoot that I hated, and I don’t want anyone to ever see it. There’s always failures. But then I look up how to make it better, and I try again.

There were even a few times when I thought to myself, “I don’t know what else I could possibly learn to make these better.” I thought I had reached my maximum potential and there was nothing else I could do to improve. But then there was more. There’s always more.

I have never had an in-person instructor. I’m not self taught, as in, I did online classes and workshops and watched videos, but I have never had someone standing next to me, explaining anything or showing me which buttons to press. My instructors were people who never even knew my name or face, or anything about me. They spoke to their cameras, put it out on the internet, and I listened. I took what they said, tried it out myself, and learned.

There was no syllabus. I didn’t follow a guide. I just started taking pictures, and seeking information.

Anyone could have done it. In fact, anyone could still do it. You could be looking at this post right now, looking at my images and saying to yourself, “But I could do that.” And you’d be right. You absolutely can do that. You can do almost anything in the world.

My daughter is three years old, and there’s many little activities she wants to do. Sometimes she has a toy she hasn’t used before, and she wants to play with it, but she doesn’t understand how. She’ll ask me to help her use her toy. I explain how to use it (sometimes it’s literally just one step) and she’ll start to move like she’s going to do it, and then give up before she’s even tried. “I can’t do it,” she’ll wail, on the verge of tears. I try to explain to her, that yes, she can do it. She’ll make another attempt. Sometimes it sort of works, or doesn’t work. She’ll start crying again, saying she can’t do it. She’s barely even attempted it, or it’s her very first time, and she’s already giving up. I explain to her that no one is good the first time and it takes practice. She doesn’t seem to listen.

So many of us try something, hoping to just be naturally good at it. When we ultimately are not, we just give up, saying it’s not our thing. That’s fine, assuming that we really don’t have interest in whatever it is. But to actually learn something takes practice. Everyone starts at the beginning. Everyone starts not knowing how to do things. No one is just born with knowledge of skills. But even though I think we know this, we still just give up, because we aren’t born with the skills already ready to go.

You wouldn’t get on a barely broke horse, expecting it to be able to do a full course of jumps well, would you? That would be incredibly unfair to the horse. It’s being quizzed on knowledge it’s never received. It will be frustrated, confused, and sour to want to try it again. It wouldn’t trust you, because you put it in an unfair situation that it had little chance of getting right.

So why would you do that to yourself? Why would you punish yourself for not having the skills you know you don’t have?

Instead, realize that you can have those skills. You can be extremely skilled, one day. But start where you are, and work towards it. Recognize that perhaps you aren’t ready for a full course of jumps, but one single jump is a good starting point. Learn how to approach the jump. The rhythm to hold approaching it. The give of the reins. The turn afterwards. Then two jumps. Then three.

Don’t give up just because doing a full course was a failure. It absolutely can be done. It just takes practice, and the self drive to keep doing it. You have to push yourself to develop your skills. No one else is going to care as much as you care. Everyone has their own lives to be concerned with. It’s up to you to push yourself to get to the point where you can go around the whole course.

There will always be speedbumps along the way. Self doubt, wondering why you are doing this. Wondering if this is going to pay off, or what is the point of this. The truth is, no one can predict if something is going to pay off. It could be a failure, or it could be successful. What separates the people who fail and the ones who ultimately succeed is the drive to keep moving forward. Sometimes the definition of success changes. You might start your journey wanting good photos for your blog, and end up getting paid to take photos. It wasn’t the initial goal, but it still ended up being a success. But how long you go down that path is up to you. You could just say, this is too hard, I quit, or, this is taking too long, it’s not worth it. That is ultimately up to you. The determining factor of your own success – is you.

Time passes by, regardless of whether we are doing anything. You could decide that something is taking too long, and just put it to the side. But just because you put something to the side doesn’t make time stop. A year, or two years, or five years will go by. And you will have made no further progress towards your goals. If you sit and think about what you want to look like in five years, is it exactly where you are right now? Or is it five years closer to your goal?

It’s empowering when you realize how much you are capable of doing. Once you’ve taught yourself something, you realize it actually wasn’t that hard. It makes you feel powerful in yourself, like you are truly capable of anything. And the truth is, you really are. You are not limited by your surroundings or situation. If there’s something you are interested in, you can learn nearly everything about it. There’s a wealth of information available on the internet, making knowledge far more accessible than any time in human history. It’s an incredible time to be alive, when people freely and willingly put out information for others. You can literally change your entire life.

When I first started photography, I didn’t even know what my goals were. I just wanted better photos for my blog. I didn’t think that I could make money from taking photos. Ironically, now I hardly ever take good photos for my blog. I now realize my goals are to have a full schedule of weddings, to do commercial photoshoots, and use my photography to explore the whole world, photographing everywhere. I want to be published in magazines like Vogue. I want to be a sought-after photographer, with people across the world seeking me out.

It’s pretty ambitious. Will I ever reach it? Uncertain, but other people do it, so why shouldn’t I be able to? I don’t expect it to just magically happen, but I assume it’s going to happen eventually, because I’m going to keep working towards it. I’m going to keep practicing, exploring new skills, learning new techniques, and learning from  people who don’t even know my name… but one day, they might.

Why Do We Do This?