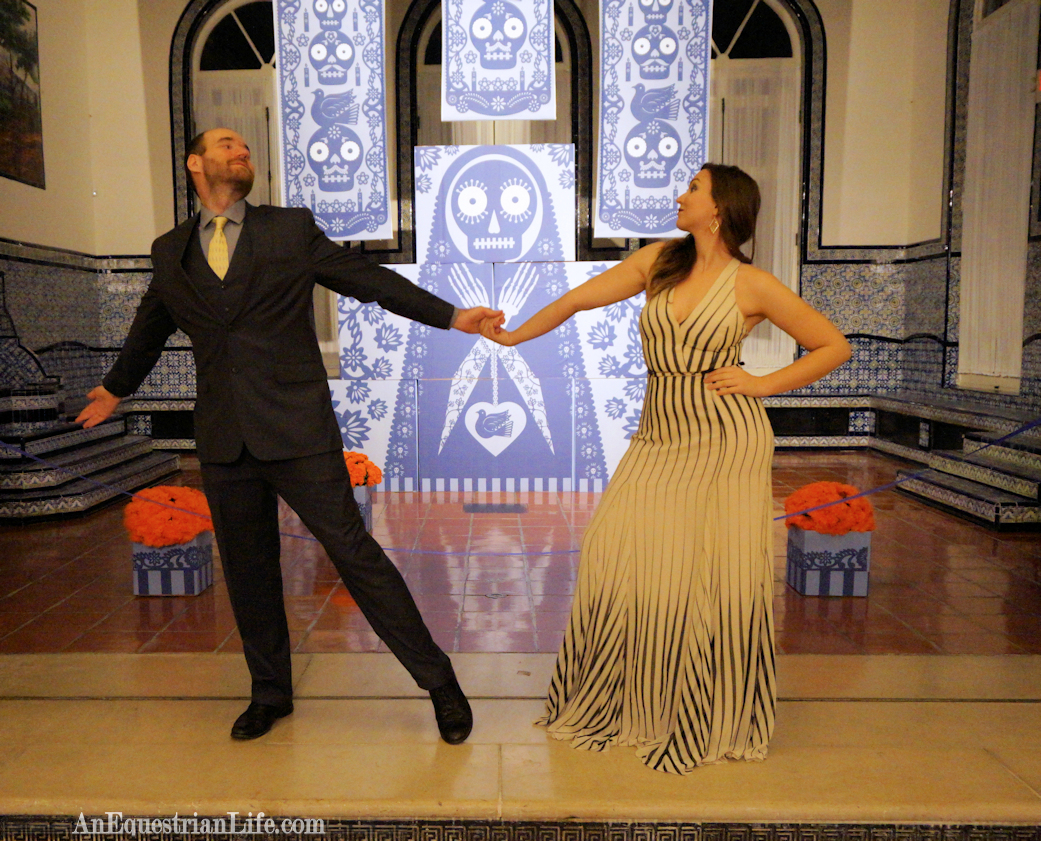 Well, it’s about time I posted about this! It took place November 4th… that was quite a while ago. Almost feels like years ago at this point… But I am trying to play catch up here, so here we are. 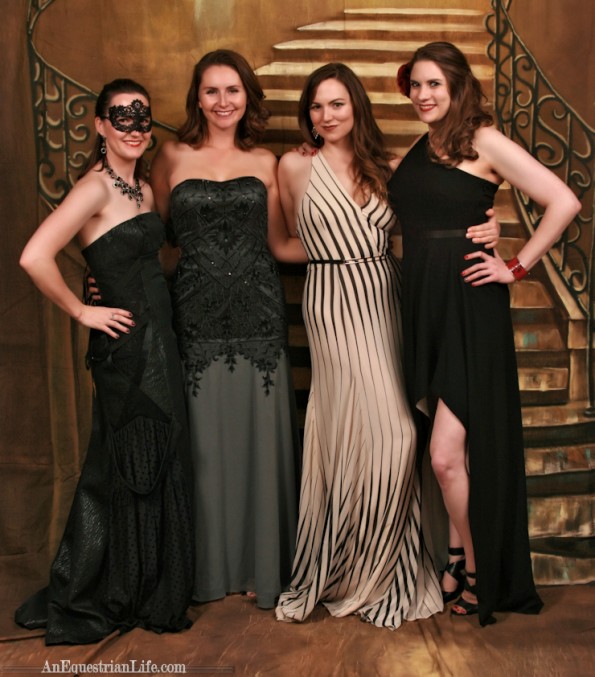 And here we are standing in front of a picture of a staircase.

This is the super amazing bloggers Shelby and D’Arcy, and additionally my lovely, wonderful friend who is not a blogger, but has been sneakily featured probably more times than she’d actually like… if she noticed… Not sure yet if she’s noticed.

We all went to the Day of the Dead Gala in D.C. at the Mexican Cultural Center (aka, Mexican Embassy space), where there was wine, Corona, and tequila. There was also food, but I forgot to eat, so I don’t know what there was. Which is a shame, because Mexican food is amazing, and was kind of one of the reasons I decided to go. I’m sure it was amazing though.

We had a great debate about if we should paint our faces. An attempt was made, with unsatisfactory results. I was too lazy to put the temporary day of the dead face tattoos (or really, I didn’t want to pay rush shipping on it, since I only found it days before), so we pretty much just went as ourselves. Except for that masked stranger we found. Who was that mysterious woman!? 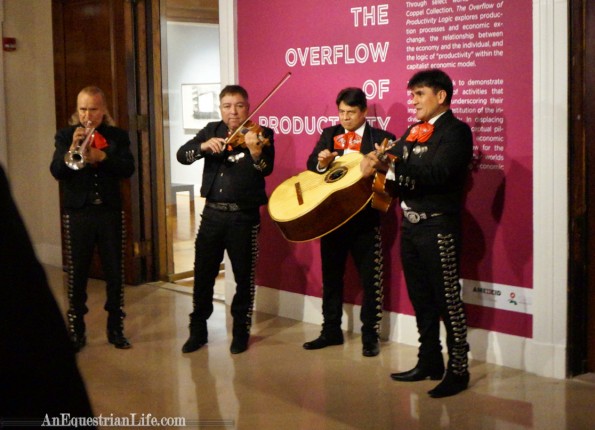 It was quite festive!

So, funny story with my dress. And by funny, I mean more like… slightly interesting to quite boring. I have a bit of a dress obsession, and an ever growing collection, but despite this, I didn’t like any of them for Day of the Dead. Instead, I found this lovely Halston Heritage dress, which qualified for Day of the Dead because it had stripes, so I felt it had a kind of “Tim Burton” quality to it.  Sidenote: Do not like Tim Burton movies. I find them weird, creepy, and not amusing. But I’m fairly sure someone wore stripes at some point, hence, kind of gothic, hence Day of the Dead. It totally makes sense.

We both are wearing Halston Heritage dresses, and not even on purpose….except where we both purposely bought them. But we didn’t coordinate this effort.

Anyway, though, being the cheapest collector of unneeded evening gowns ever, I noticed that if I bought the dress in a size 12, it was $100 cheaper than the size I would have normally have worn. I decided to take that as a challenge. I bought the size 12 mere days from the event. Once it got here, I spent about an hour tailoring it. And, to be honest and not at all humble, I think I did a damn good job, especially as a complete novice to such things. I certainly could have made it look much more terrible. 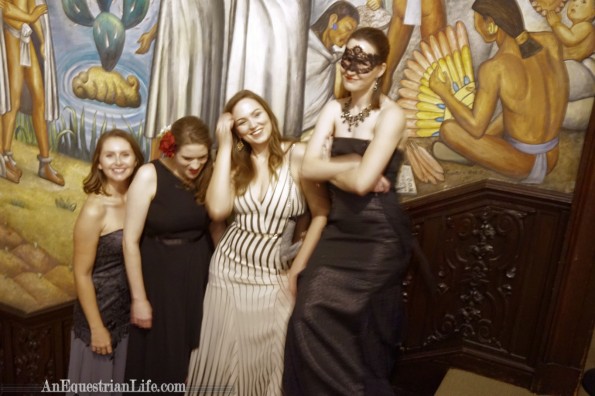 Masked woman is sassin’ us.

Hurrah for mediocre sewing skills! Still have to work on my hair curling skills, though. One of these days, everything will fall into place.

One of these days, I’ll have something horse-related to say. It’s cold now and I have to put a heater in my water trough, the horses need blankets. I don’t know what else to say, so I’ll just say it. Okie dokie, see you then!

Feel free to enter yourself in to win a year’s supply of onions. Apparently onions are in high demand.