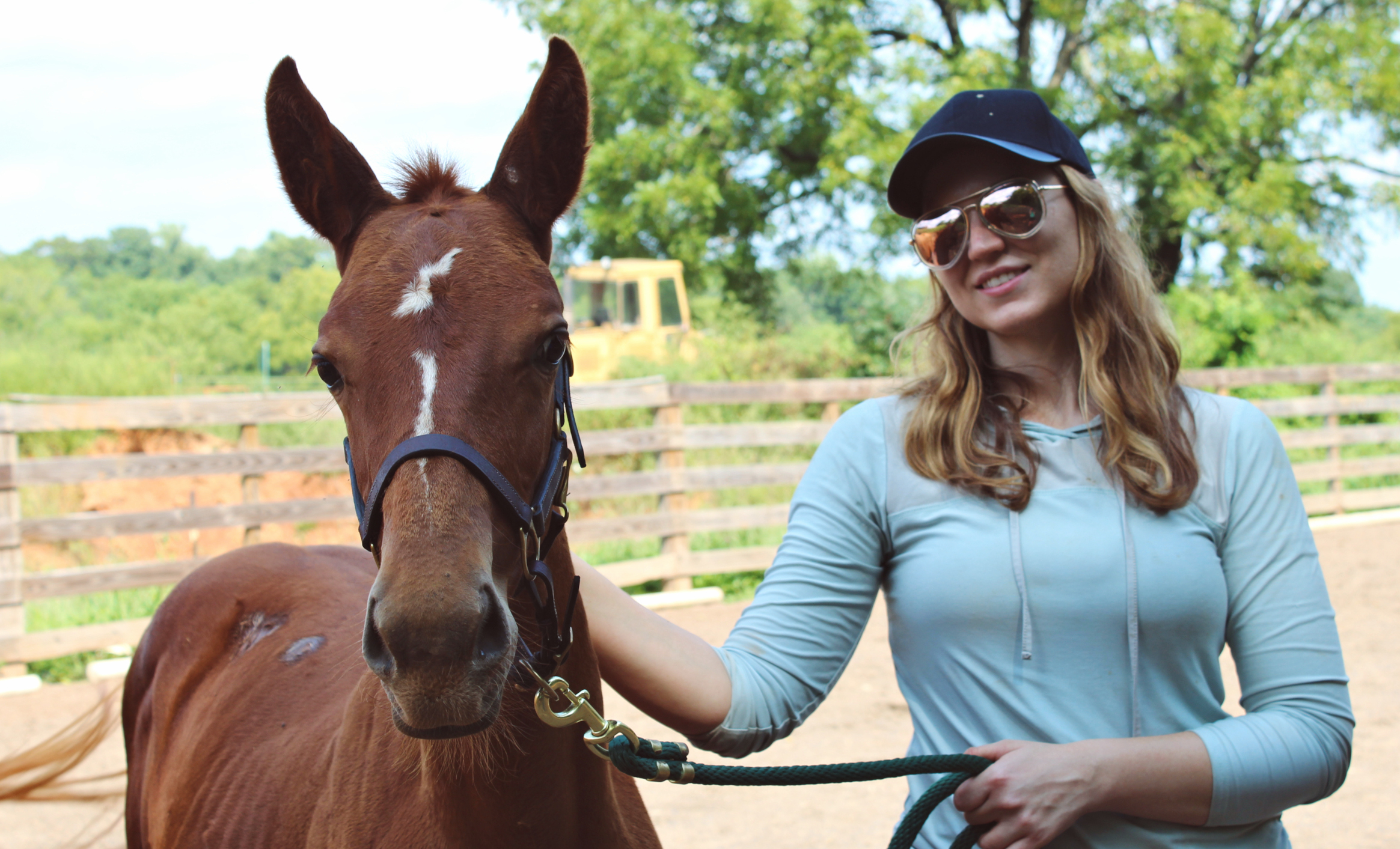 I took advantage of the long weekend to make the trip to visit my baby Stu. I can’t believe how much he’s grown since I last saw him! I think that mainly his joints have thickened. They look a big stocky now.

The trainer has worked with him a few times, but nothing extensive. I went down mainly just to hang out with him and get to know him on the ground more. First up was the awkward standing, like the start of a date where you don’t know what to say. 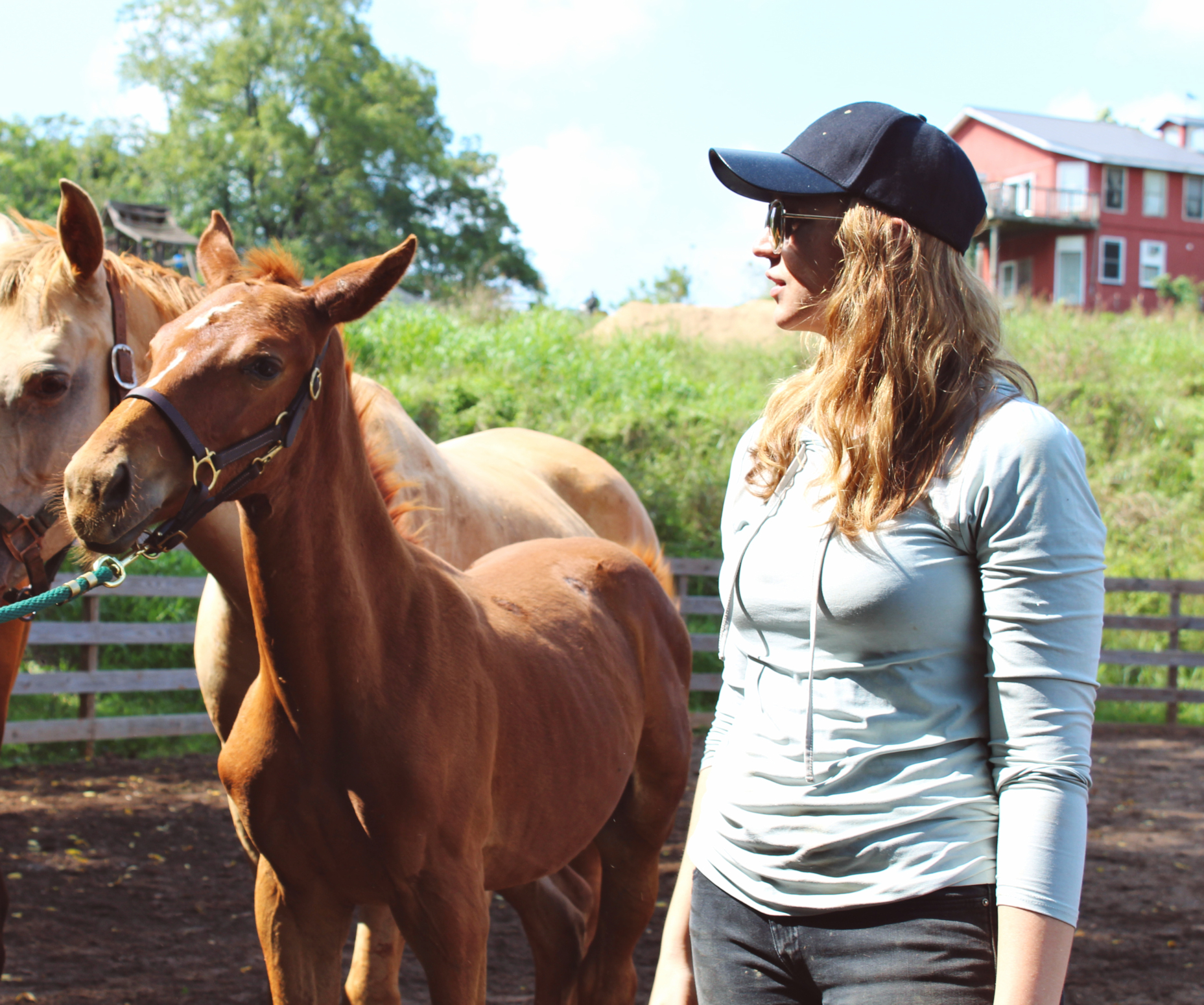 Then it was grooming time. I don’t know how many times he’s been grooming in his short life, but I’m sure I could count them on one hand (or one finger.) But he wasn’t at all sucpicious (like Pony was when he was a baby) and liked the grooming. He especially liked his belly being scratched.

After grooming, we got a quick tutorial in how to teach the foal to lead, and we worked on that. He was not happy with this at first, especially since it meant leading him away from his mother, but he gave into the pressure and just went with it. Mostly at a snail’s pace. 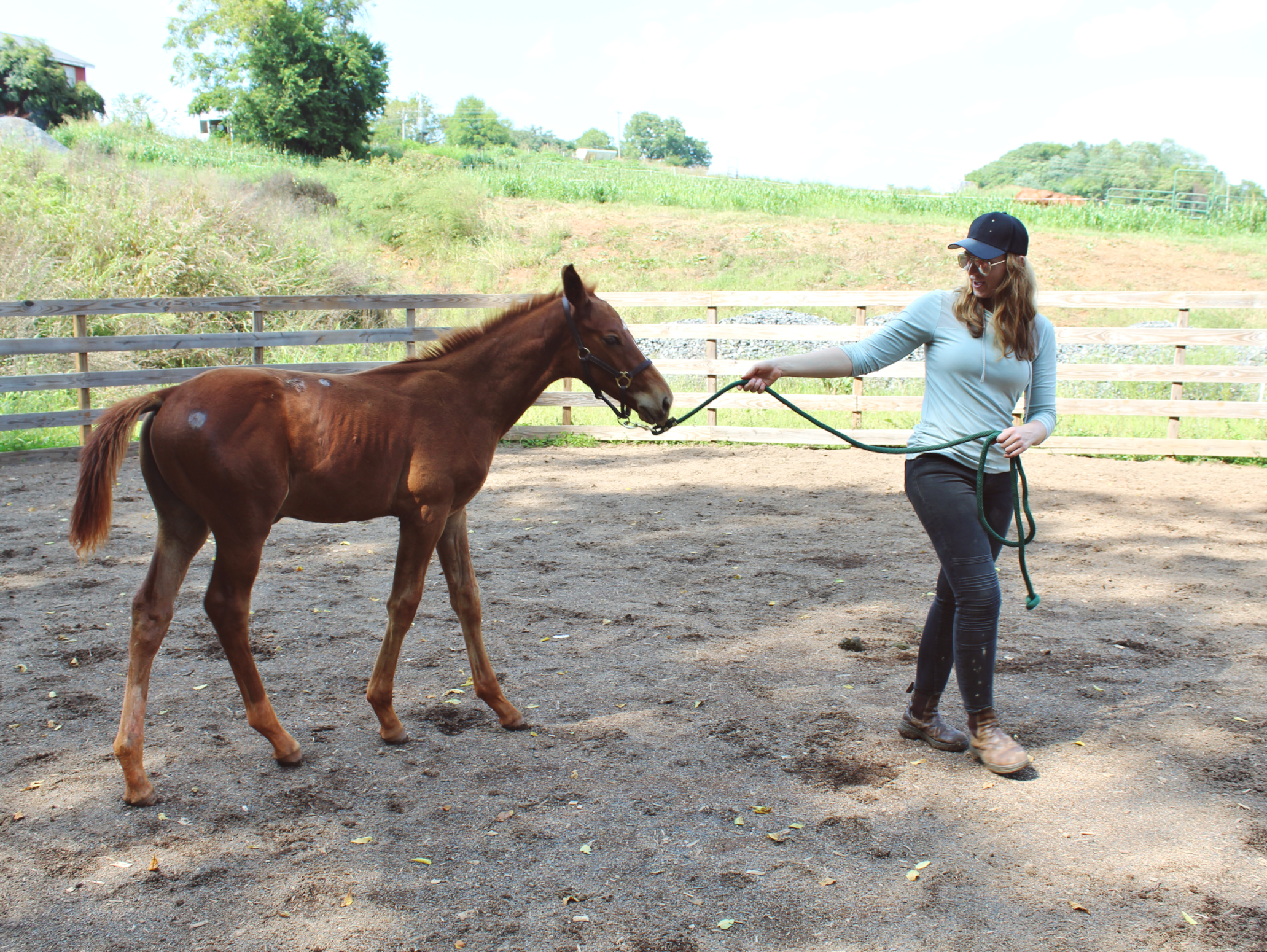 I’m one of those mothers that is shocked by their baby doing the most basic of things.

After Stu allowed himself to be led around, his mother decided it was in her best interest to follow Stu. So I led the slowest procession ever around the ring. I don’t know how long we worked on this but it felt like a while. It was time to release them and let them go be foals again.

Stu and Olivet are pasture mates, with several other mare/foal sets, but it seems they are getting along very well. Olivet definitely seems to be setting herself up as boss mare. 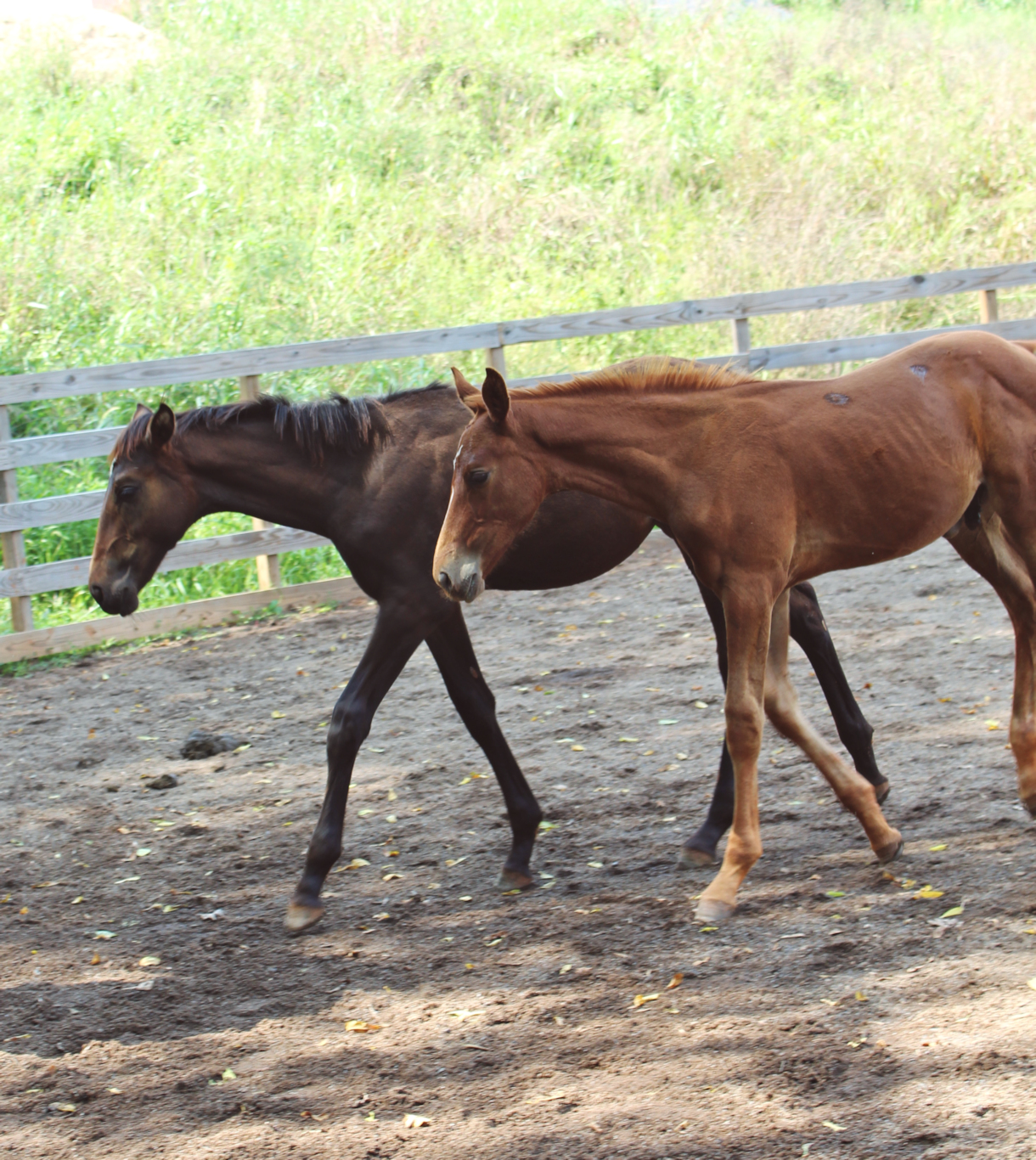 Olivet seems HUGE. Like, I thought Stu had gotten bigger, but Olivet is a giant. I don’t think it shows very well in the picture, but she is much bigger than Stu. Which makes sense as she’s 6 weeks or so older than him. But she’s just big in general. Watching her nurse off her mom looks strange because it looks like a small horse nursing off a normal sized horse. 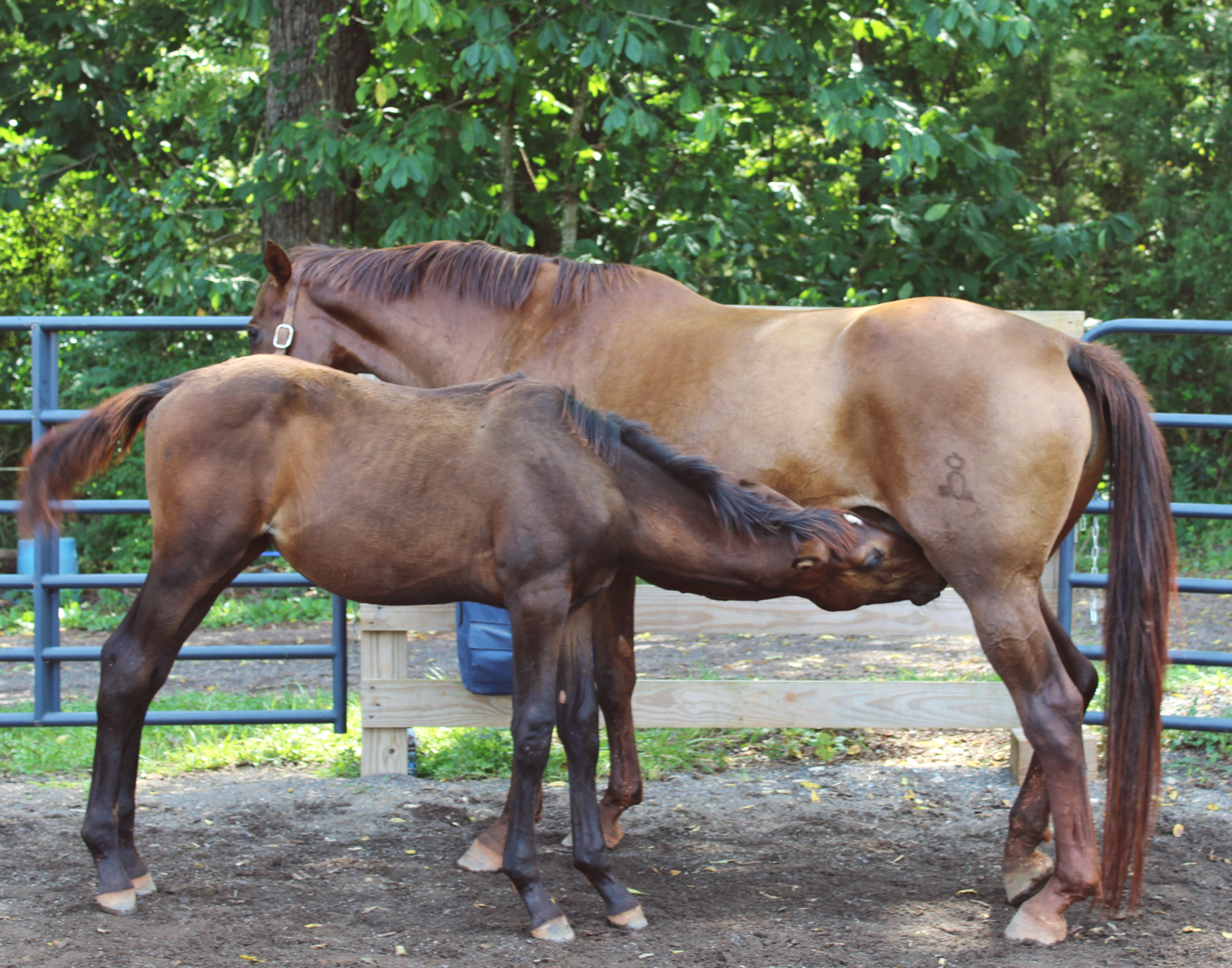 Look at this mare, breastfeeding her child in public!

In addition to hanging out with them, the breeder gave vaccinated them and showed us how to inject. I’ve had to do it multiple times before, and Stu reared up at the first vaccine, so I declined to practice. D’Arcy did it though and gave Olivet a clean injection in the neck. 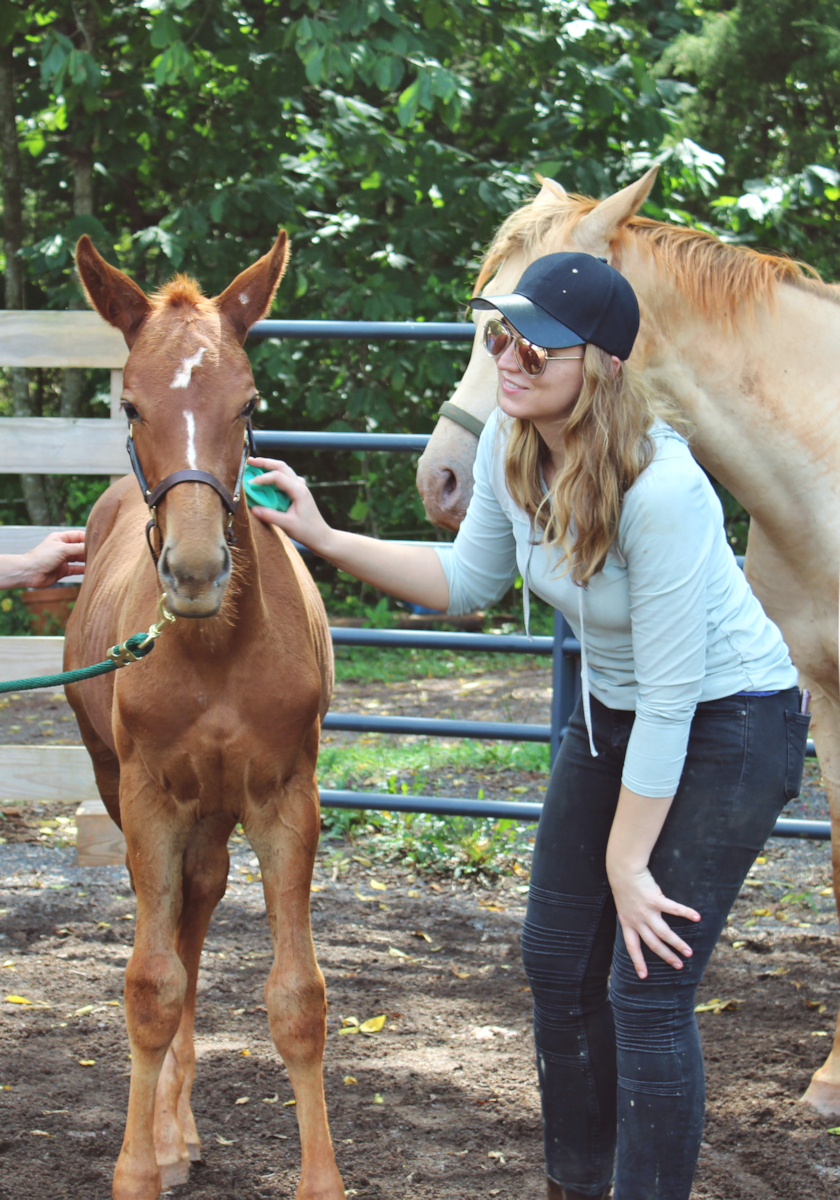 One day, I will ride this tiny baby.

It was fun to spend time with them, and sad to leave them. It’s tempted to bring them back early, but we just aren’t ready yet. A few more months to get through, and then we will see them every day.

Stu should be getting gelded, and his hernia fix in the next few weeks. The breeder is going to arrange everything so it won’t be another reason to visit, but I’ll probably see him again in early October. I’m looking forward to it!