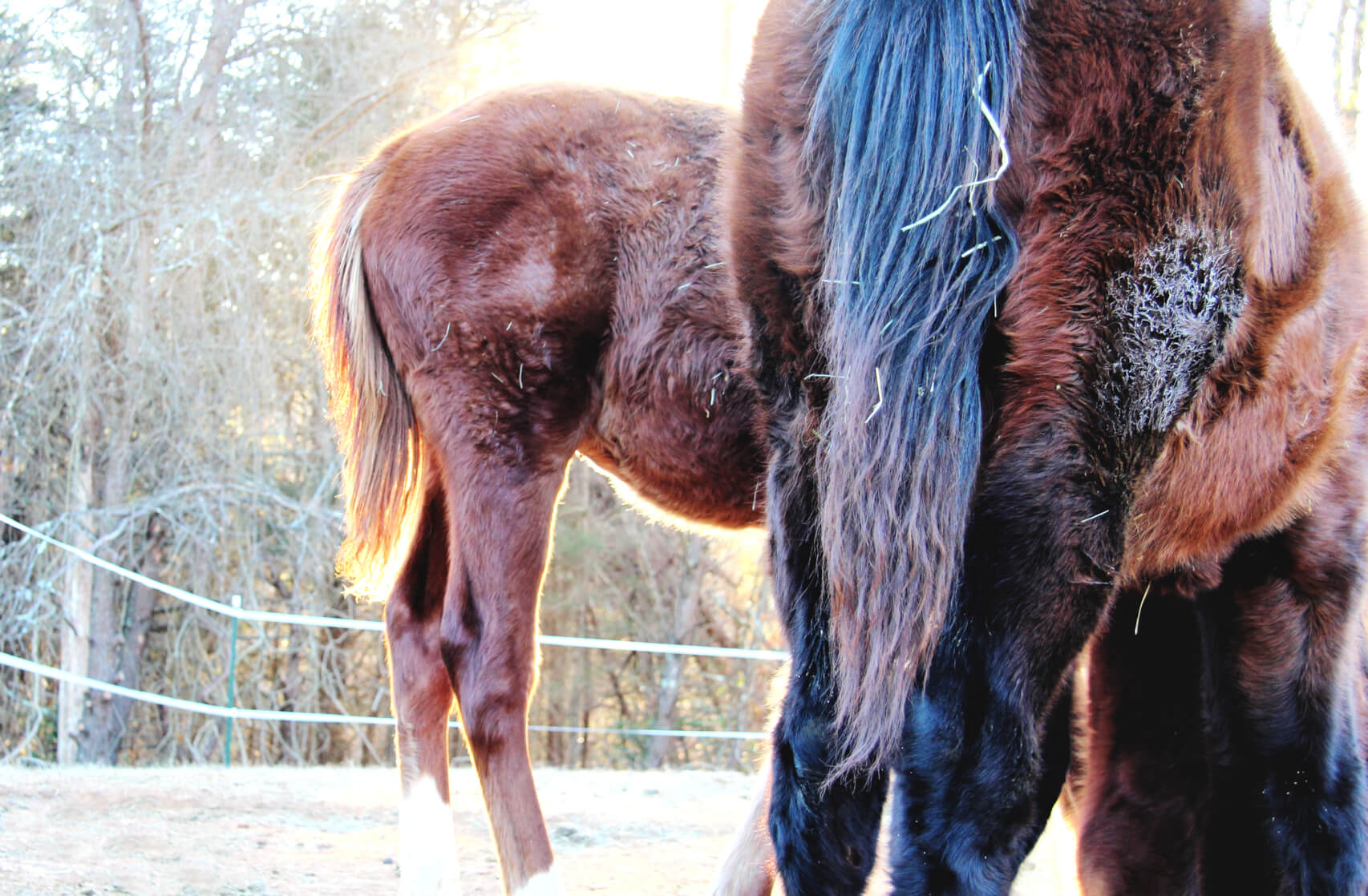 With the deep freeze coming through last week, it has been rough on the farm. The pipes froze in the barn which meant that Dave and I were hauling buckets of water down from the house. Not fun at all, and I feel especially bad for Dave as he was alone last week, hauling buckets of water for five horses. Poor guy. I was in Florida. I didn’t have it rough in Florida, it was just cold like the rest of the eastern US, so there was no pool time at an otherwise sweet hotel pool. Ah well…

It’s a relief now that the pipes have unfrozen. It was the most joyous trough filling ever! (Also nice that the manure unfroze, so it could be picked out!)

Now, on to the fun stuff!

I’ve been spending time at night hanging out with the babies. They are good babies, with good brains, and I want them to grow up to be good horses. So, I go out there and I mess with them. Nothing serious, but it seems this is actually the best time to mess with them because they want to be with me. I am literally the most interesting thing to happen in their day, and they will even leave their food to come stand with me. 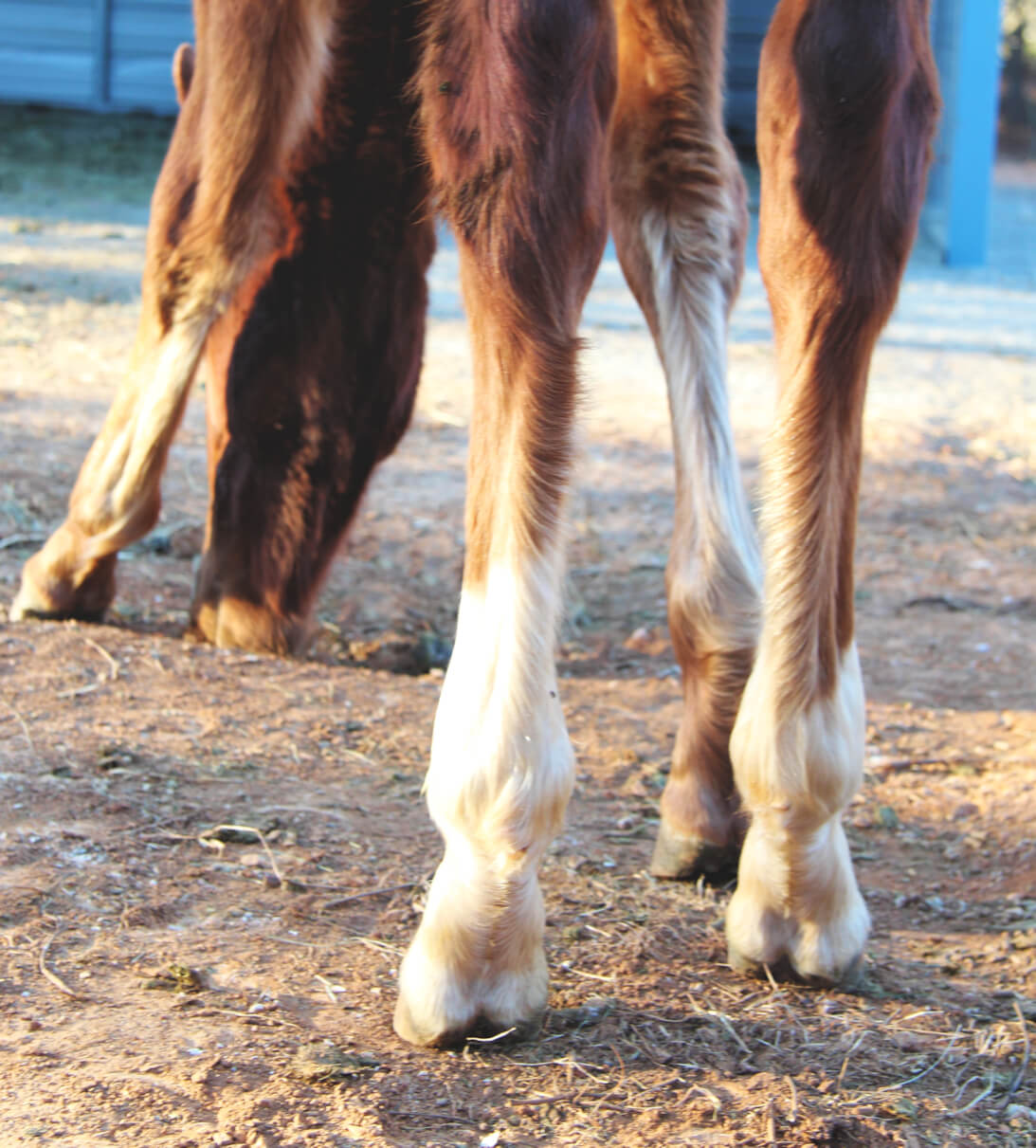 Not here though, obviously. It’s more of an on/off type thing.

Once they’ve completed their food, they will come stand next to me and sniff me everywhere. Ollie is the bold one and marches right up to me, putting herself right against my body. Stu is a bit more reserved and reaches out with a muzzle to prod me first before coming all the way over.

They stand with me, and I pet and scratch them. They love the attention so much, they are like two giant dogs (also, they seem to have grown a lot since they first arrived a month ago. I’ll have to start sticking them).

Because they love the attention so much, I’ll pet them in a place where they love the scratches, and then move to a place that’s a little weird to touch. Their chins is a weird area, and they were initially pulling away, but I gave them time and now they don’t mind so much. I also touch their bellies and leg. I’ve made it all the way down their legs, and Stu does a funny thing when I touch his stifle. He lifts up his hind leg and just props it out to the side like he’s offering me his entire leg. It’s so gentle, it really seems like this is a precious gift he is giving me. I’m not quite sure how to respond to his offer. 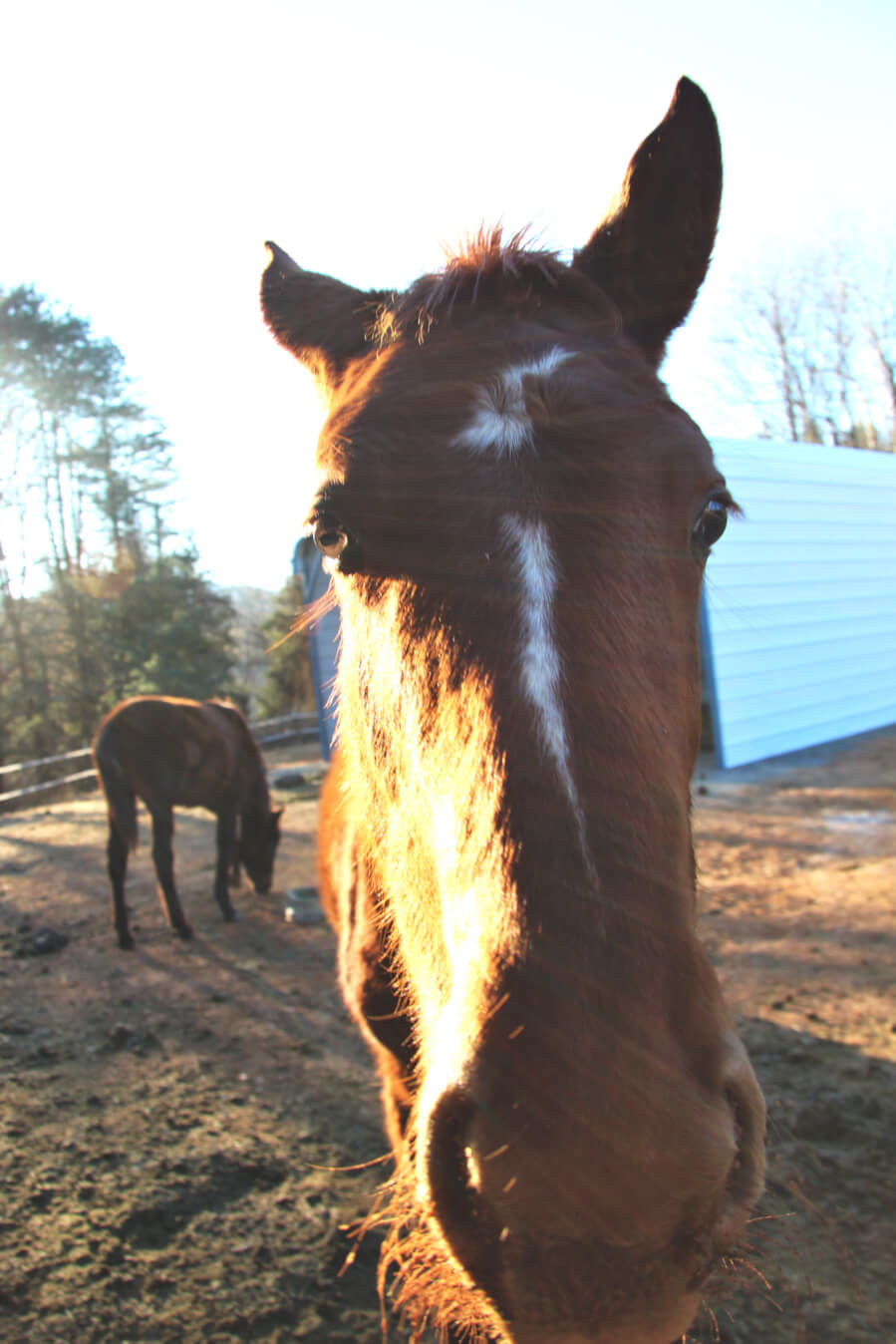 “I am just giving you what I can.”

So far, Stu is showing himself to be an extremely calm, sensible little guy. He still likes his butt scratches and will slow rotate himself and present his hind end to me. It’s pretty adorable.

He is a little bit of a goofball though, which should have been expected based on his sire. He kept pulling the water heater out during the freeze and took it upon himself to chew up the cord. I suppose the jolly ball, bought for the specific purpose of him to play with, just isn’t enough to entertain him. Dave said while I was gone he kept tossing the jolly ball out of the pasture, and he got sick of going to retrieve it.

Sometimes he’s so quiet I don’t even know he’s behind me until I turn around and there he is. He’s a silent little shadow, investigating me without my notice. It frequently happens when I’m petting Ollie, and suddenly I realize that I’m boxed in by (gentle) weanlings.

Overall, I love how sweet he is, and just based on his personality, he feels like the right pick for me. So excited for him to grow up…it’s both too slow, and it’s too fast, as I love his baby form and want to spend more time with it. He’s just so stinkin’ cute!