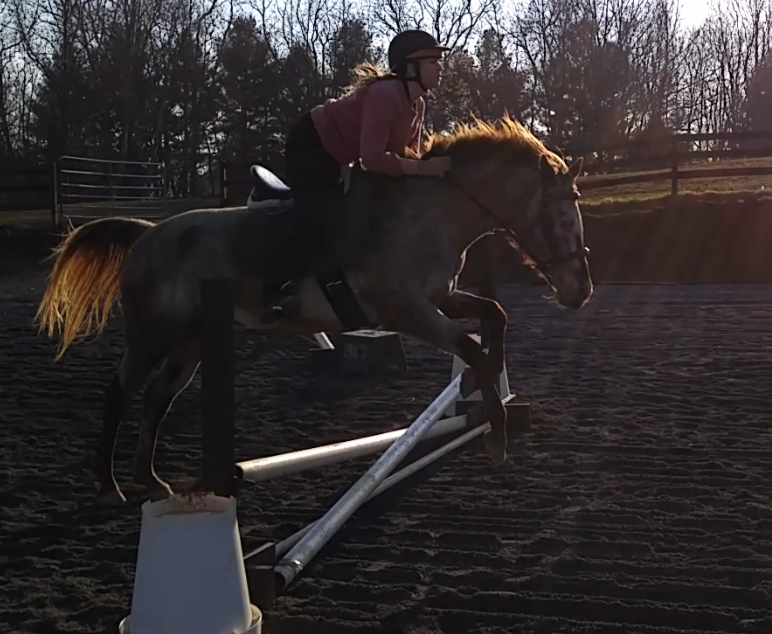 I’ve been afraid of jumping Vintage in the past, mainly because she gets fast, and then she would stop.

But I’ve been learning so much with Berry, I thought I would try it again, now that I sort of know what I’m doing.

Previously, I have the very ineffective tactic of “do nothing” and then hope for the best. My reasoning was if I asked her to slow down, she’d refuse the jump. So I’d let her rush, and sometimes she would bolt over the jump, other times refuse. So my new tactic, is actually tell her what to do, instead of just being a floppy sack of potatoes.

I warmed her up, and headed towards the first jump at the slowest trot I could possibly do. So she just trotted over it. Mind. Blown. It was so easy.

I decided to push myself and canter over the jumps, and that was super easy, too. Easier than slow poke trot for sure. 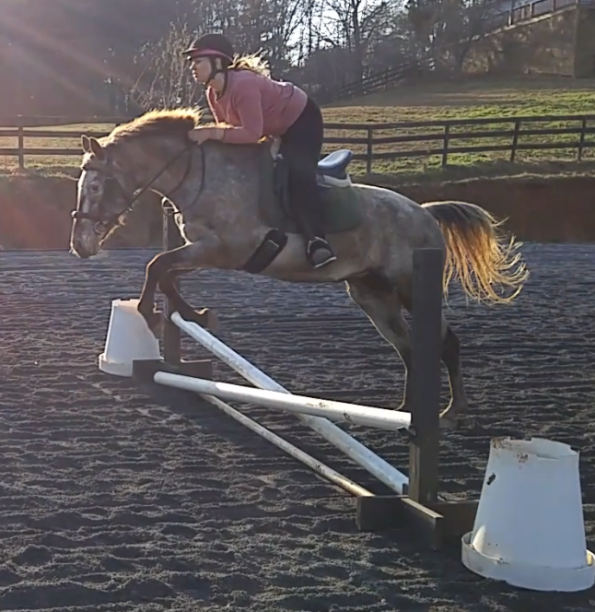 I put the pots on the sides of the jumps for them to “look scarier”, but I don’t think they were scary enough. I completely forgot they were even there. I’ll be putting out flower boxes next.

I was only doing tiny crossrails, but I feel confident that I can bring them up a bit. I wanted to start small, just in case she refused, or the jump spontaneously exploded, or something. Better for me to feel safer with it smaller. 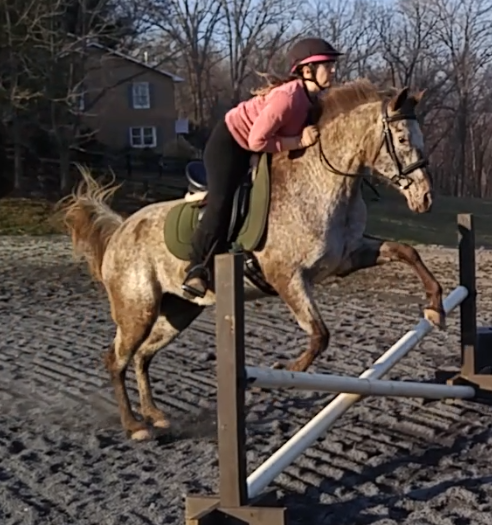 I forgot how much fun she is to ride. Even with time off due to injuring her leg jumping out of her stall, and general laziness on my part, she still feels athletic and springy. (which is why the dang horse jumped out of her stall in the first place, I’m sure.) 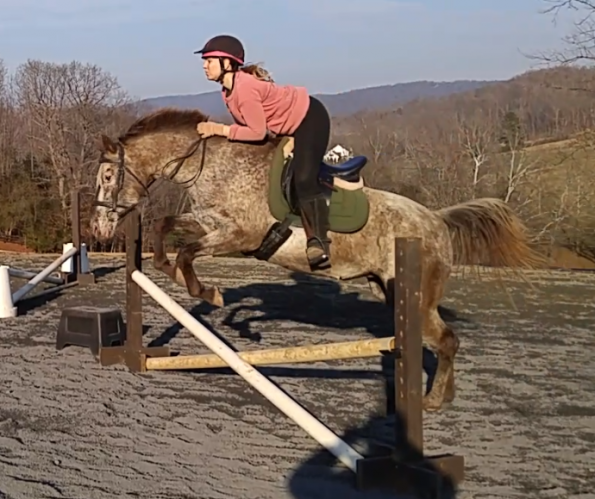 I’m feeling pretty good about this, and now I want to take her to some shows next year. Firstly, I have to avenge my time at the show pictured above where I fell off three times. Then, if I can manage to not fall off, perhaps more shows at the same place! (it’s quite affordable). Fun fact – I’ve fallen off her at EVERY show I’ve taken her to. I’ll like to break my own record, and not fall off.

The most shocking part of the day – her tail is mostly white!

I am looking forward to jumping her much, much more. Also, keeping her tail cleaner, I guess. It looks better clean.