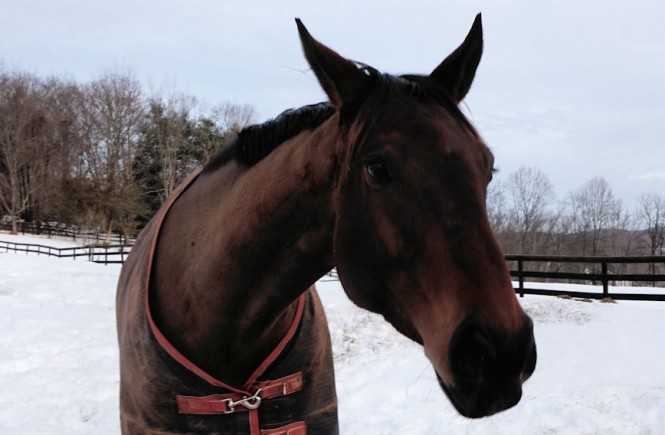 I don’t know how it happened. I brought her into the barn the other night, and a chunk was missing from her hoof. My farrier said this can happen when there’s tons of moisture. I want to figure out how to prevent it, but I feel like I’m already following horse care best practices. She comes into a dry barn at night, and if I left her in during all the bad weather we’ve had recently, she would have never left the barn. I clean out her hooves every single night, even the nights when I threw my back out and the pain was insane. All I can figure is, I think she did this on purpose.

She knew I was planning another lesson, and she knew her days of bad weather leisure were coming to an end. Little does she know, my farrier thinks it’s superficial! Ha! Nice try mare! 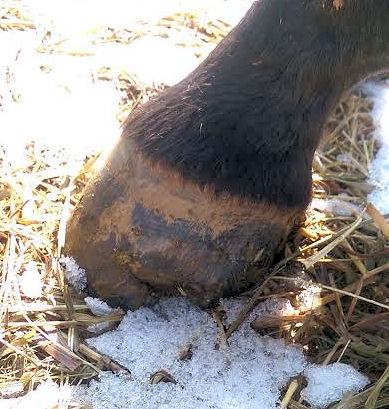 It definitely doesn’t look nice though – very cringe inducing. What worries me the most is that she has the slowest growing hooves in the world. I bet she could go a full year without a trim and her hooves would be almost exactly the same length, although probably a bit uneven. So now she’s going to be missing a chunk of her hoof for at least a year. I feel like this will look poorly on me. 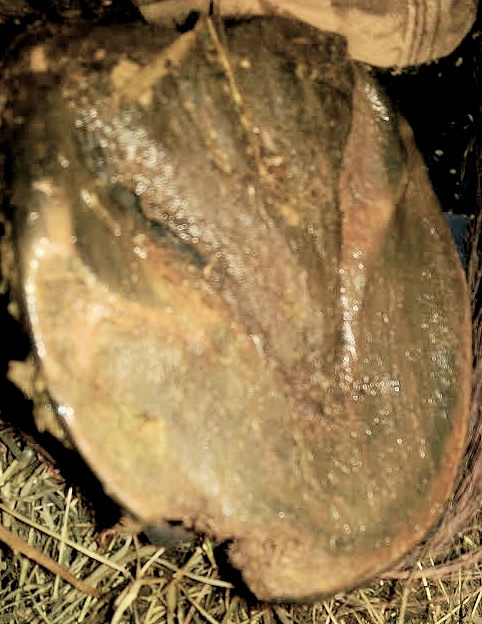 I was trying to get higher quality photos, but she is too fidgety. I just want to hold your hoof up for an extended amount of time at different angles! Is that really so much to ask?! 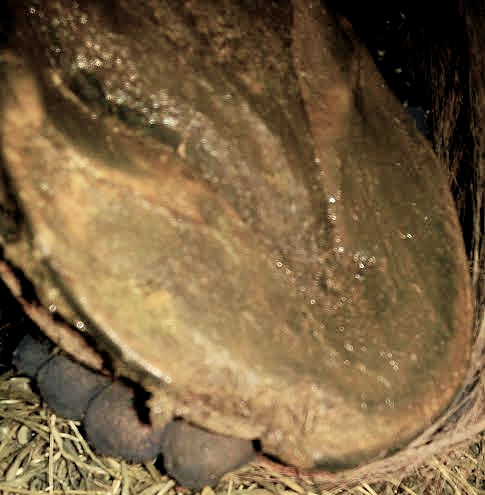 Farrier says it also looks like tracks from an old abscess. Berry is the ruling abscess queen, so that’s not surprising. Maybe this was a combination of moisture and abscess? Which came first, the weather, or the abscess? The eternal hoof mystery.

I asked about stuffing putty in there to make her hoof look whole, but I guess it doesn’t make sense in this case. She isn’t lame on it at all, so fingers crossed it really is just superficial.

Maybe this will be the year she gets a full set of shoes, just so I don’t have to suffer the embarrassment of having a horse missing a big chunk of her hoof.

Also, I made a gif of that time Berry and I crashed through a jump. I’m not sure why it’s so tiny, but maybe I’ll figure that out before I make another. Or if you want to see the normal sized version, it’s on the new facebook page I created, link is on the banner above. 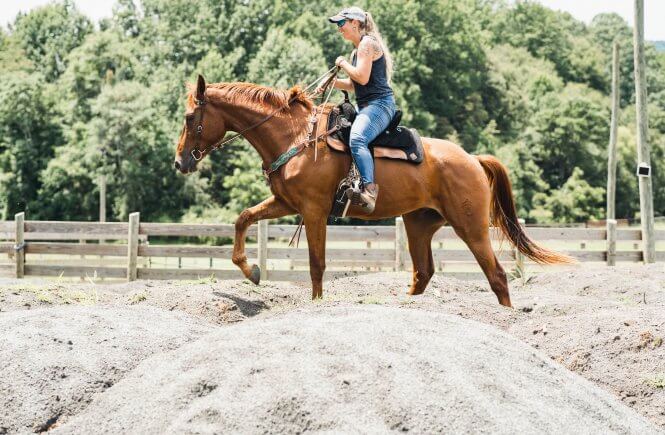 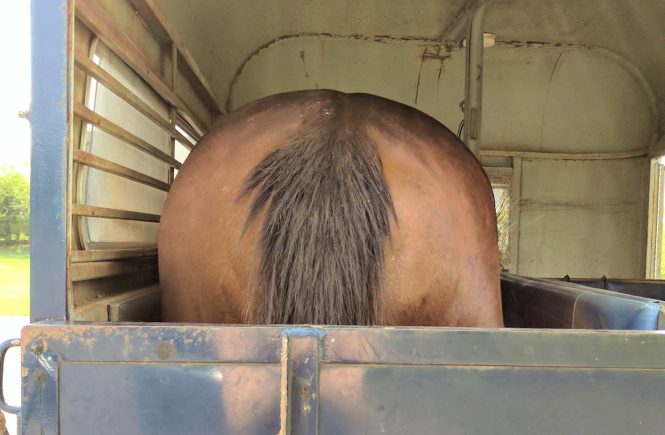 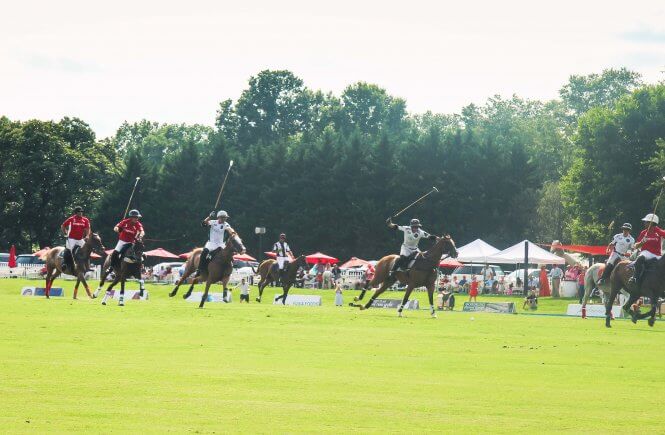