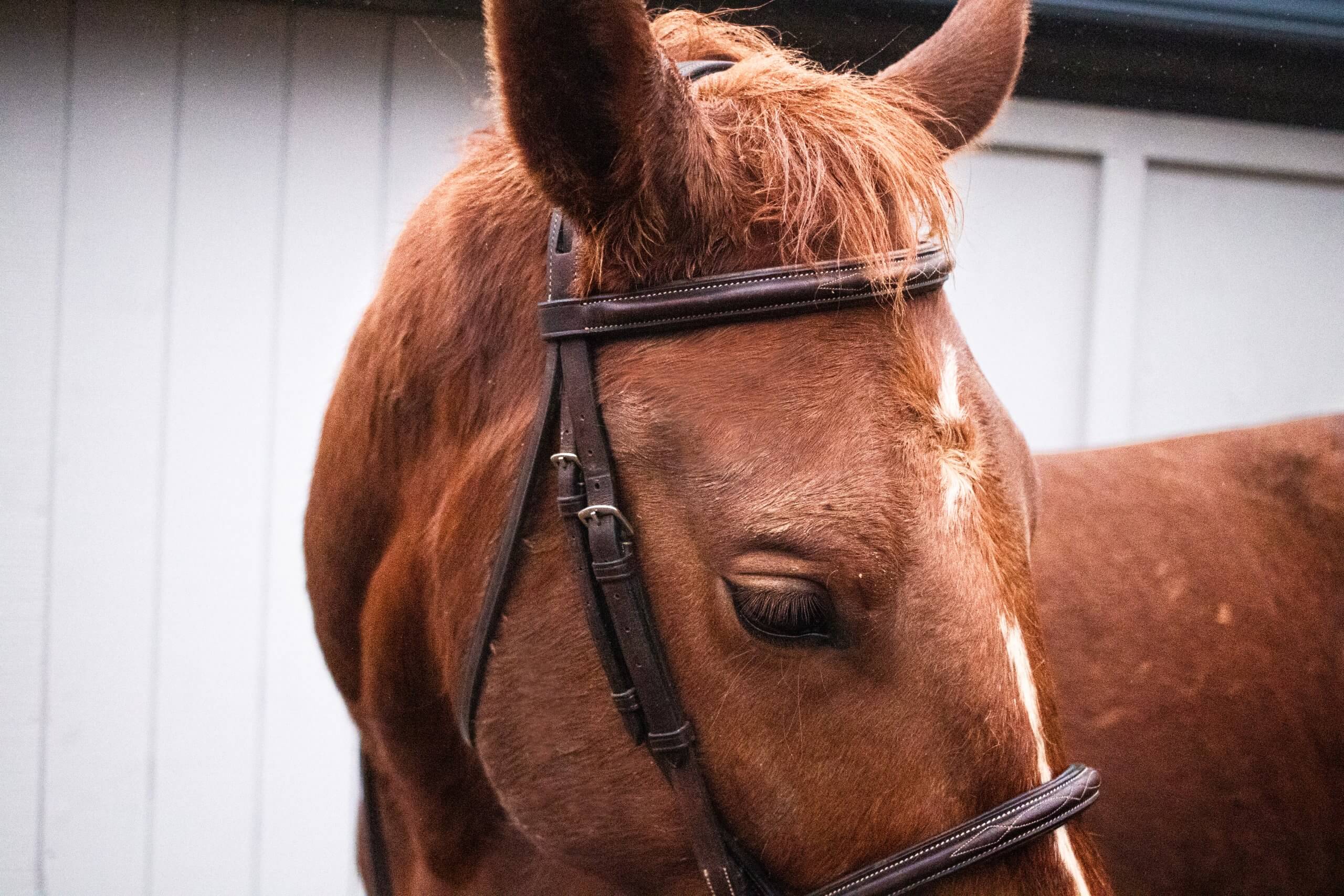 Stubert is now being bridled, and learning about the bit. Much to Berry’s dismay (I imagine), I just borrowed her bridle, because frankly, it was the easiest thing to do. And if there’s one thing I like, it’s things being easy.

Speaking of things being easy, I’m still weighing on if I should send him to the trainer. In all honesty, I should. I know I don’t have lots of time to work with him, and he’s a big and playful horse. I could definitely see me letting him get away with something on accident because I think it’s cute, and then it becomes A Thing.

Part of me really wants to work with him. I really do enjoy the process, and it can be fun. Othertimes, I think of the baby horse silliness whenever you take the horse to a new location, and I remember how big he is… and then I’m convinced I should send him to the trainer. I’m getting too old for this.

As he’s only 2 and a half, with a birthday in June, so I’m going to wait until next year to send him anyplace. Speaking as a frugal, penny pinching miser, I think I’d get more training for the money as a three year old than as a two year old. In the meantime, I’ll get the groundwork solid (you know, as solid as I think possible, until I actually do take him somewhere, and then it becomes apparent he’s actually a feral horse, and everyone judges me. Definitely the likely scenario.)

To be fair to him, he actually is getting it. He will try to comply, but that yucky bit is just the worse. I put some bit butter on it to make it taste better (I assume, it definitely smells better at least) but unsure if he’s a fan. However, for putting the reins on and off his neck, he will politely lower his head for me. Such a sweet boy, doing one thing!

He understands how to give to pressure, both from the bit and on points on his body, in a very basic way. He does not understand how to stand in one place, which is why all the photos of him end up being quite close. If I take a step back from him, he follows me. There is no ground tying.

The goal is to have this baby horse wearing his tack, lunging, and ground driving by summer. And for him to be very polite, because he’s a big guy and while I like to assume he’s just a big joker, he doesn’t seem to realize that not everyone wants to play with him. If everything is going well, I’ll take him off the property for some field trips, and deal with the baby horse sillies.

Oh, and I discovered he loves having his mane pulled. I wanted to clean him up, and he stopped eating to make blissful faces at me while I pulled his mane. At least someone enjoys my affections!