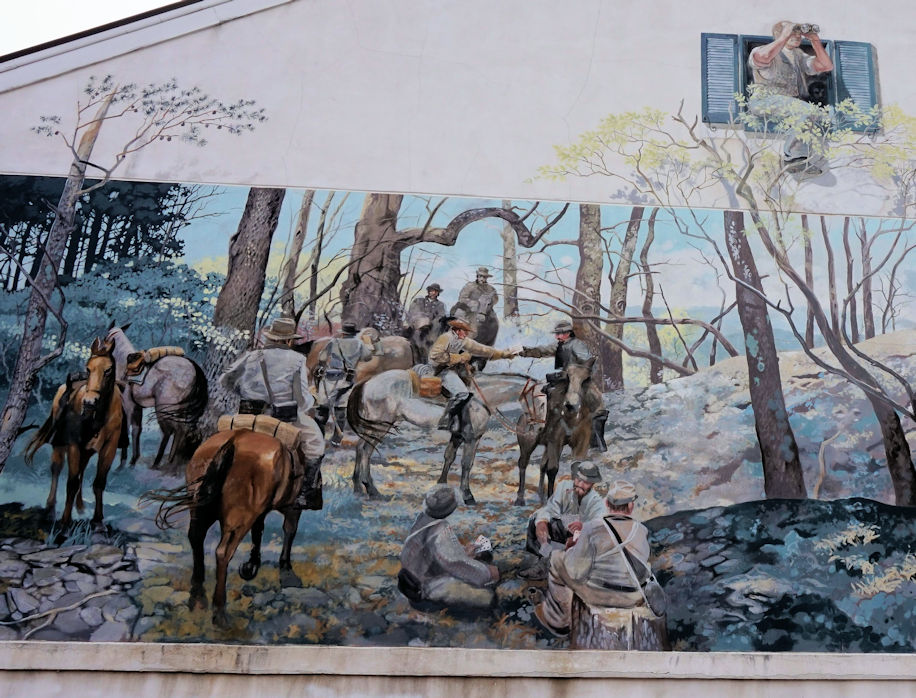 For a horse blog, there’s been very little actual horse content here recently. I find this frustrating, but the truth is, I just haven’t really done anything with my horses. They get fed, stalled, blanketed, and the farrier came recently, but other than that, they just hang out in their field. Both the field and the arena still have snow, and both are kind of mushy. I’m afraid of sliding down my hills, or punching a hole in my arena. I suppose I do still have the option of taking some lessons, but really, that’s just pure laziness on my part. The trailer is sinking into the mud and I feel like it would require a rescue operation to get it out. 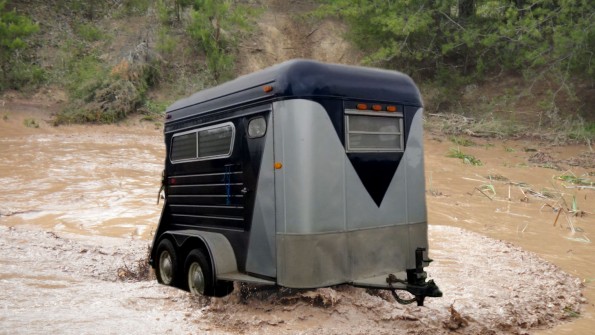 A very close representation to how the trailer looks now.

You may be wondering why I park my trailer in the mud. In my defense, it wasn’t mud when I parked it there. Also, it is literally the only flat area of my land, with the exception of the arena and the barn, but the trailer would never make it to either of those places due to the hilly mud slick it would have to traverse to get there. And I’d never be able to get it out when I wanted to use it. So now it will sit in the mud, slowly being absorbed, until one day, it will have sank in so deeply, I’ll be able to park my brand spankin’ new trailer on top of it (because by then, I’ll probably have one).

So instead of horse things, I’ve been doing horrible other things. I’ve already talked about working out, but other things I do include walking around the strip of country towns. Dave likes to visit the local bakery in particular. 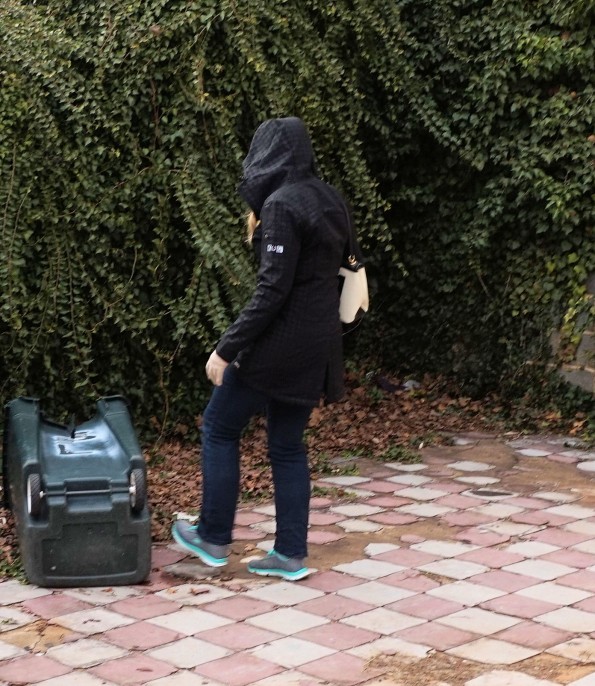 and I like kicking trash cans, so it all works out perfectly.

We also had a gift certificate, so we actually went to a restaurant. Dave abandoned me during the meal though, so I was forced to create an alternate dinner companion. 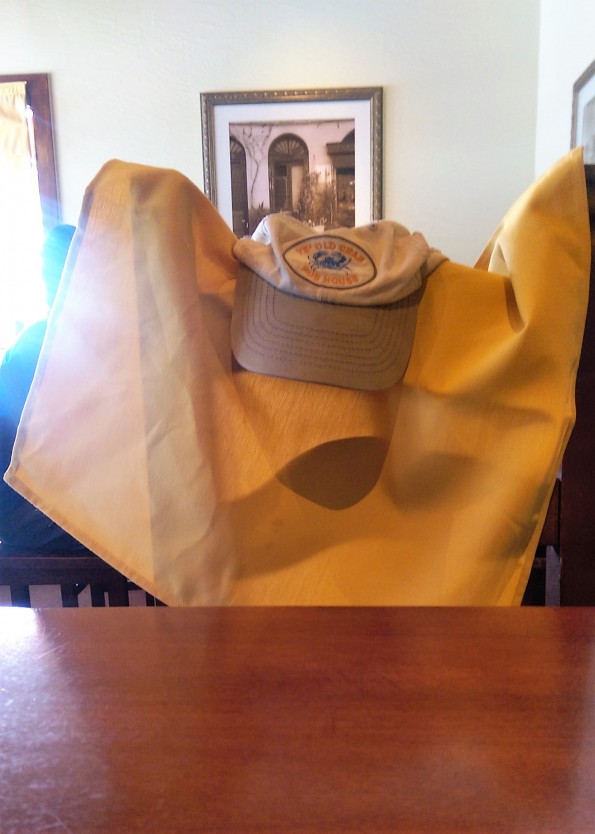 “Yes, I would like the unlimited pasta bowl please. Limited time only?? This is an outrage!”

And then I spent some time doing website things, as indicated by the fact that I am writing this on a different website.

On a related note, Dave has convinced me to hold some kind of contest to celebrate my new domain, because he loves contests. He is a computer guy, so he hosts computer-parts give aways. I am going to do it, but I’m trying to figure out if I should do gift cards (to smartpak, or dover, or nordstrom), or an actual item. Dave is trying to convince me into an actual item, but I’m having trouble deciding what it would be. Maybe some Aztec Diamond breeches?! I like the flexibility of a gift card, but Dave thinks that would be impersonal.  If you have a preference, let me know below! Once I have a good prize, I’ll be setting it up.