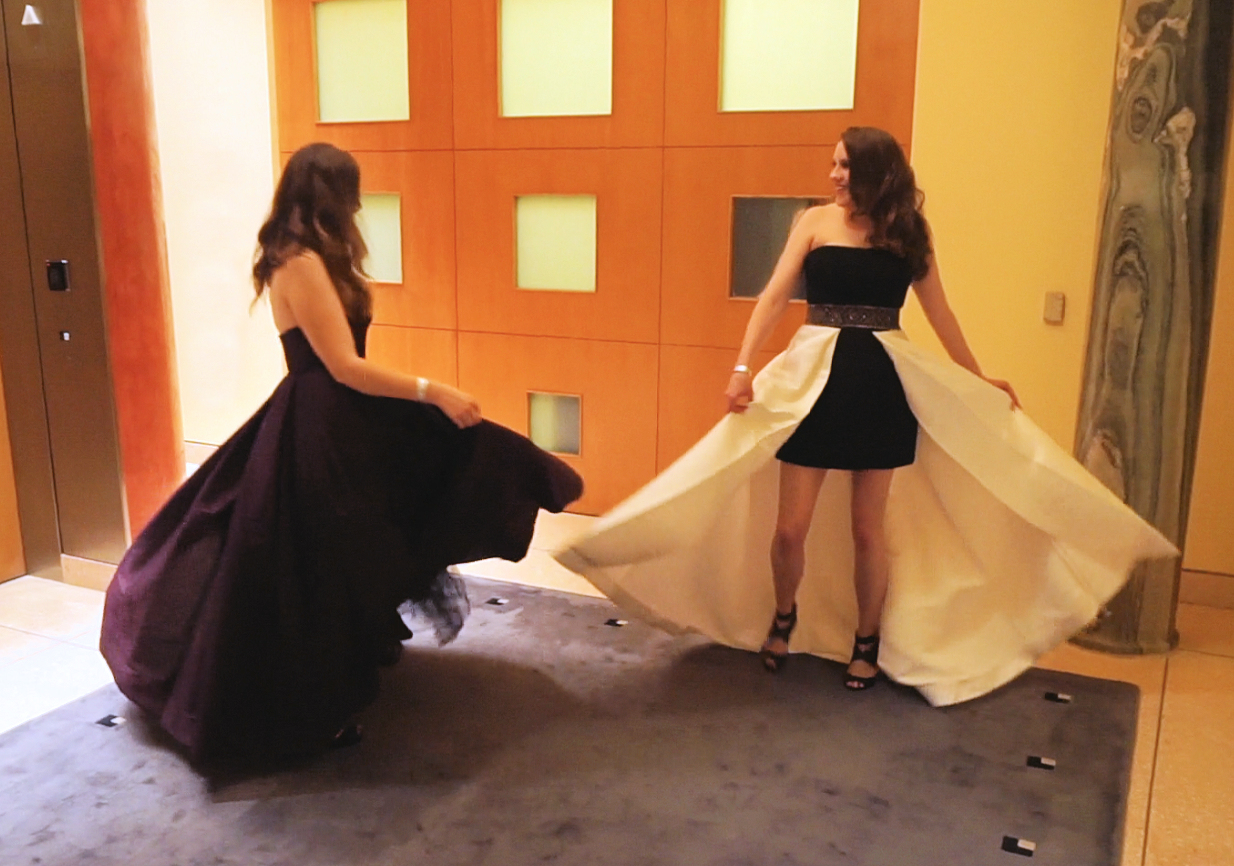 On Friday night, Dave, my friend K, and I went to the Embassy of Italy in DC for a Venetian Ball. Finally, an excuse to wear a ball gown! 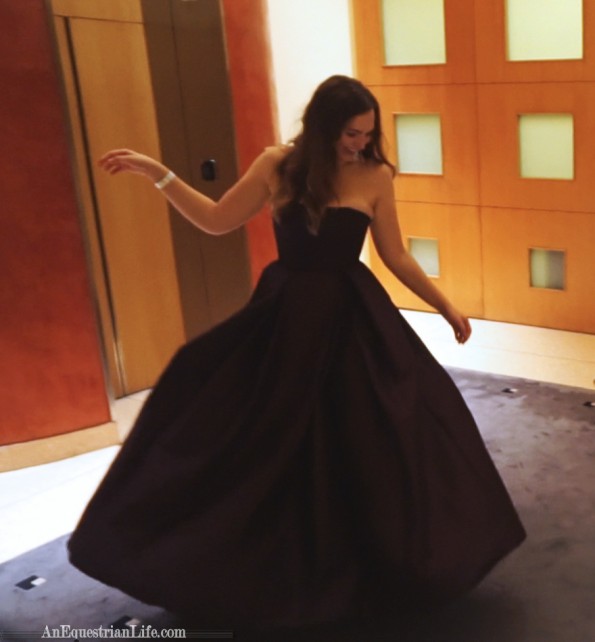 And then awkwardly dance around, as I often do.

It was a fun, and interesting night. I’ll get to the most interesting part in a minute though…

We had VIP tickets, which entitled us to arrive early for a champagne reception and have dinner there. The food was amazing! They had a huge amount of food, but my favorite was the pickled squash, and tortellini alfredo. My favorite desert was an amazingly delicious vat of tiramisu. It was an open bar all night, and we stuck to the Moscato, which was the best I have ever had. I didn’t actually have that much, about a glass and a half total (or four of their tiny shot glasses), which is important for later in the story. 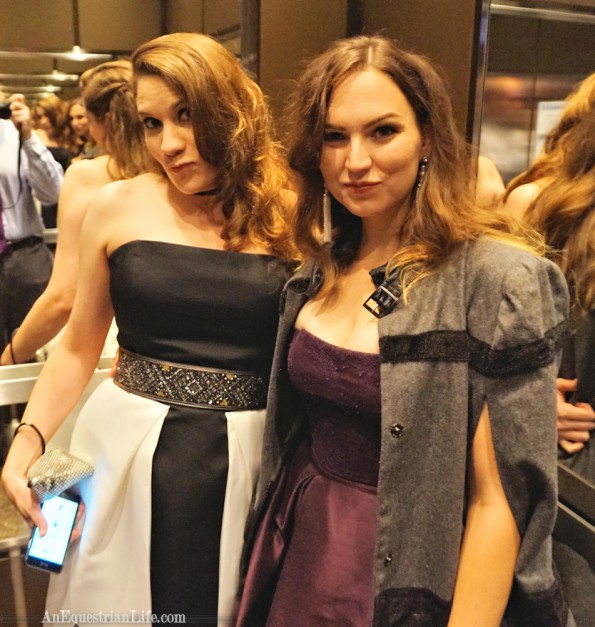 En route to the ball

After dinner, there was a ballroom dancing lesson, but being the painfully shy little wallflowers we are, we only participated off to the side, where no one could see us.

The music was beautiful, lots of classical, live opera singing, and then after my incident (detailed below) Mannheim Steamroller. Figures they’d play it when I didn’t feel like dancing anymore!

It was a masquerade ball, so about half of the attendees were wearing masks. I was planning to make K and I masks, but I dunno, I never got around to it. Another guest told us he got his mask at Party City. I suppose we could have done the same, if I’d thought about it.

And that’s why I’ll never use YouTube’s stabilizing again… ugh the quality was way better before! I do hope you like the video though, it was fun to make, and I want to make more!

The point where that video ends is when we are going into the theatre to see an opera singer perform. Everyone crowded in, and our group wedged in along the back wall. The first song was beautiful, and I really enjoyed it, but when the second song started, I really noticed how incredibly hot it was in there. After another few moments, I decided I couldn’t take it, so I slipped out, followed by Dave and K.

Apparently, I fainted, and I was out for about a minute. Dave had returned, and they were trying to get me to drink water, but I wasn’t responding. Dave was lifting my head, and trying to get me to wake up, but I was really out. K said she thought I was dying, and Dave checked to make sure I was still breathing.

Unfortunately, and disgustingly, I apparently vomited all over myself, right before I came too. I woke up (I was even having some kind of dream!), and in addition to Dave and K, random people had come over to help. Two of the other attendees were doctors, and they started getting my pulse and doing checks. Someone started wiping the vomit off me, and that’s when I realized I had vomit on me. It even went in my dress pockets… dress pockets are amazing inventions until they come vessels for vomit. Ugh!

Everyone’s first assumption was that I was drunk, which I wasn’t. I get it, that probably would have been my thought too. But when they found out how much I had drank, and that it had been hours ago, everyone decided it was probably heat stroke.

Another doctor came over, and she started doing checks, and everyone started giving me water. They helped me out on the patio where it was much, much cooler, and they put ice packs on my wrist and neck. One of them brought me a fruit cup, to boost my blood sugar.

All of their quick care made me feel so much better. They had me sitting out on the patio to cool off, but, one of the Italian diplomats had panicked, and called 911. As we were sitting on the patio, Dave and K heard sirens, and they said they really hoped that wasn’t for me. But, sure enough, it was.

The ambulance showed up, with paramedics to look me over. And because it’s Italian soil, the Secret Service showed up, too. I had a huge crowd of people watching me being checked over, and as if my night couldn’t be any more embarrassing, I created an international incident too. Fantastic.

After everyone decided I was healthy, and my information was taken down (probably so I would forever show up on background checks as a trouble maker), we decided to leave. When we got our ride home, our Uber driver asked what was going on there, because the streets were so crowded with emergency personnel, she thought someone had died. Nope, just me making a big scene.

I am totally fine now, by the way. I feel fine, and the multitude of EMT’s and random doctors all thought I was fine. I have no idea what happened, or why it happened really, except that room was warm. It only took me about 5 minutes of being in that room for me to get sick, and no one else got sick. Dave usually overheats, and he was fine in there. I really don’t know what happened. 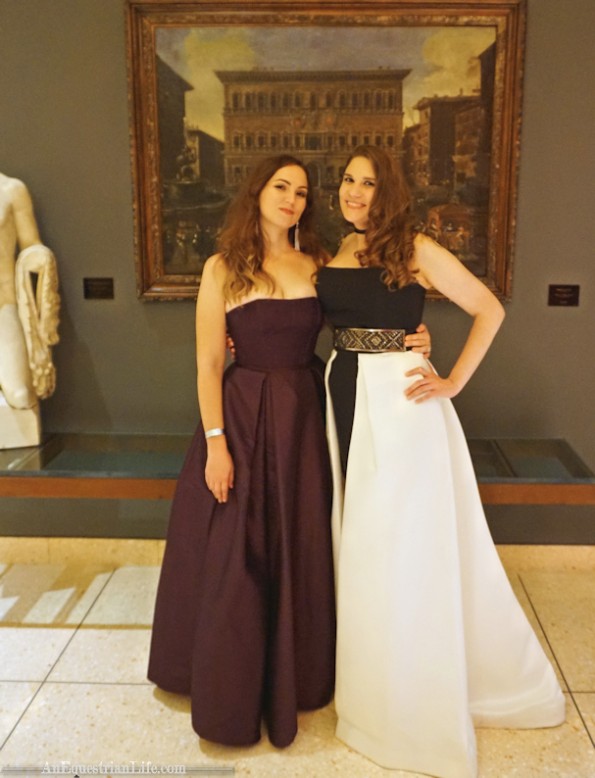