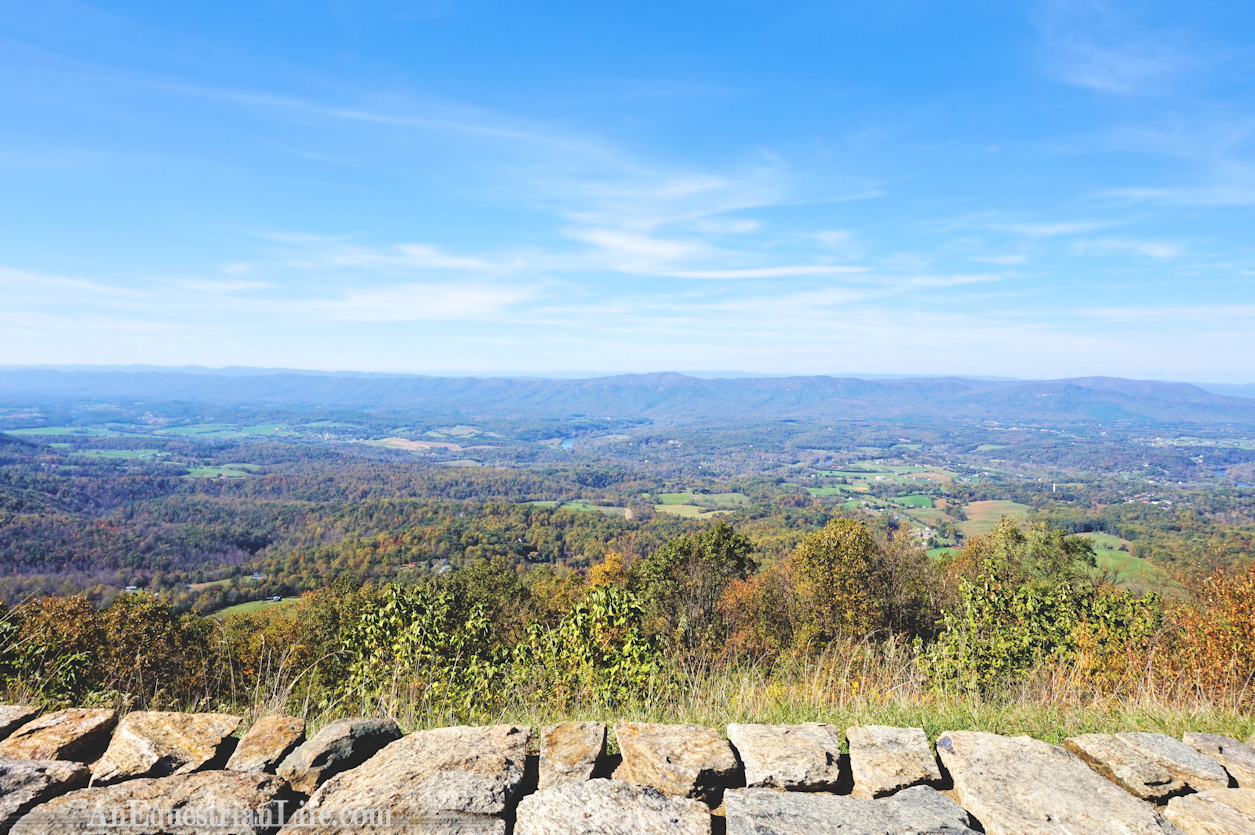 Before we go back in time, this weekend, I managed to have my car break down in DC. Ever the gracious wife, I agreed to a quick trip to DC to reset some computer equipment. I offered to just circle the block, but Dave insisted we just park. So I park, but then when I realized I parked illegally, I tried to start the car to move it, and it wouldn’t start. In the thirty seconds it was off, my car turned on me. Fiats are CRAP. It was a good commuter car, but now it’s broken my heart. Six hours later, I finally make it home, quickly ending my dreams of getting a ride in before dark.

But let’s go back in time to a happier time, to a two weeks ago, when I went hiking in the Shenandoah. 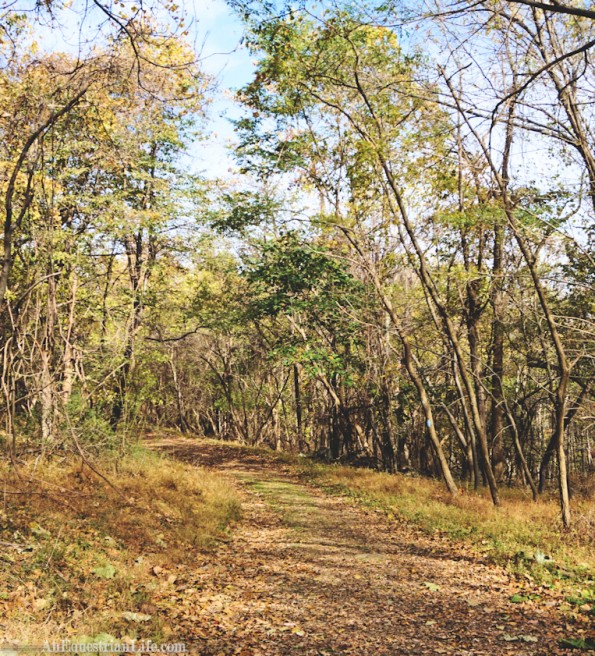 Some of it looked like this, but some of it was narrow and windy, requiring single file line. At one point, I had to pull onto the shoulder/boulder to let some people through.

Going into the Shenandoah in late October, I was expecting lots of beautiful fall colors. Well, there really wasn’t. What a waste of a trip into nature! 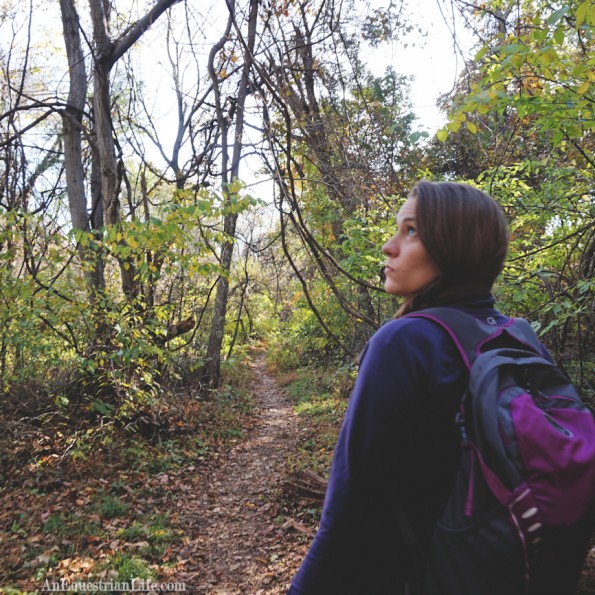 “Hmm, looks a bit too green in here.”

The main reason my hiking partner and I go hiking is to collect stamps in our National Park Passports. I mean, I guess there’s that whole nature and exercise thing, but we are serious collectors. We need to collect stamps from all the parks in the U.S. It’ll be a difficult journey, but so far we’ve got a couple of VA ones, and nearly all the DC ones. It helps that all the DC ones are so close together. 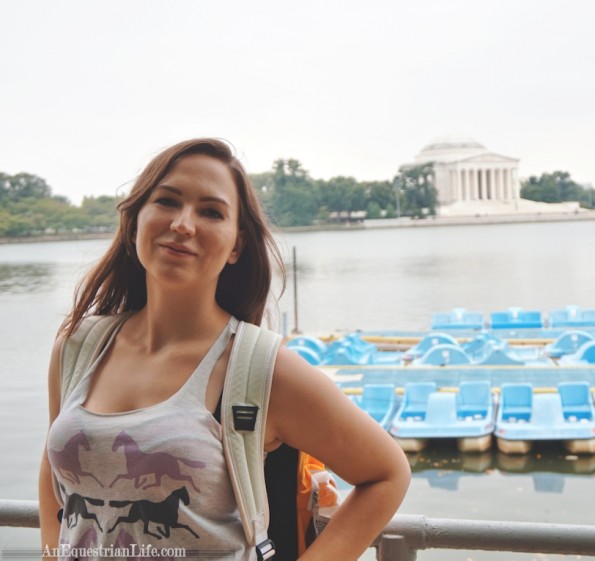 Even further back in time to when we collected DC stamps. Here I am with a very important DC monument: The paddling boat dock.

But back to the past, except less past than the time I was in DC. There are bears in the Shenandoah. In actuality, there are bears in 95% of Virginia. There are a lot of bears around. But, especially in the Shenandoah. And especially in Virginia. There was a warning sign of what to do if you encounter a bear. Make yourself big, and if they attack, fight back. We had our own personal technique. 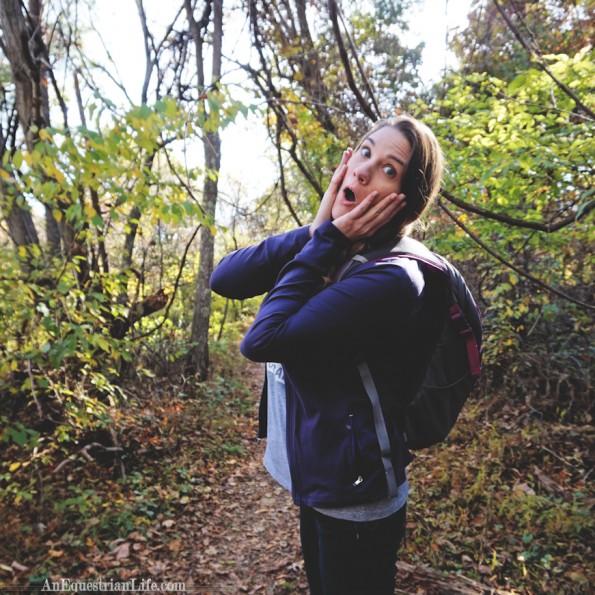 Practicing our bear poses. She was inspired by “The Scream”. 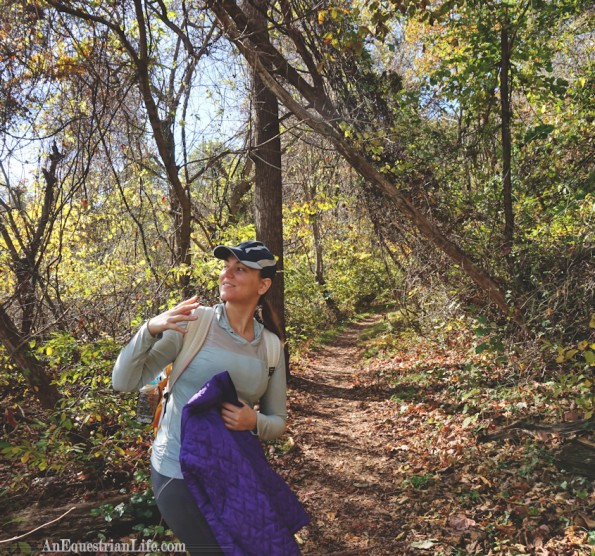 I am poised for flight, ready to use my coat as a distraction.

So after acting stupid in the woods for a bit… 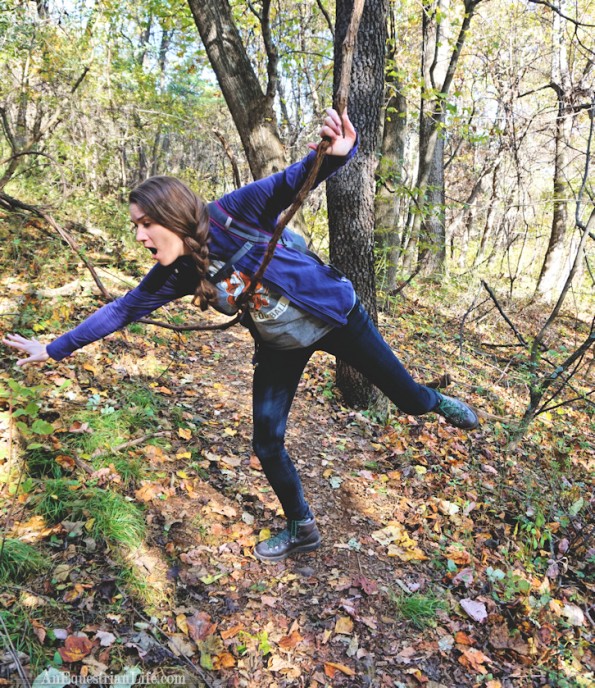 Ahhh!! She’s been captured by a vine!!

…we eventually continued on and got to a fork in the trail. On the right was gravel road on a steep incline. On the left, a wooded trail descending into the woods. Guess which trail we took!

Yes, my terrible, awful navigation skills took us up the gravel path. To be fair, the map descriped the trail as continuing on a fire road. It looked like a fire road to me.

The gravel road went on for about 1 mile, and it was all uphill. The entire trail we were hiking was only supposed to be 3.8 miles. The gravel road twisted around, doubling back on itself, and then had a few stretches of straight. While I am glad we got the exercise now, it was agony. Eventually, we reached a weather station on top of the mountain. While not our first clue that we weren’t on the right trail, it was a pretty big indication that perhaps, just maybe, we weren’t where we were supposed to be. Especially with all the warning signs around, telling us of dire consequences should we start touching things.

Luckily we did end up finding an unauthorized footpath that led back to the actual trail. It seems we weren’t the only ones to make such an idiotic mistake. And, it was all downhill and then level after that. It seemed amazing easy after that horrible trek. And this is how I learned I will never be able to be a true mountain climber. My pipe dream of climbing Everest has vanished after that 1-mile hike up a moderate slope. 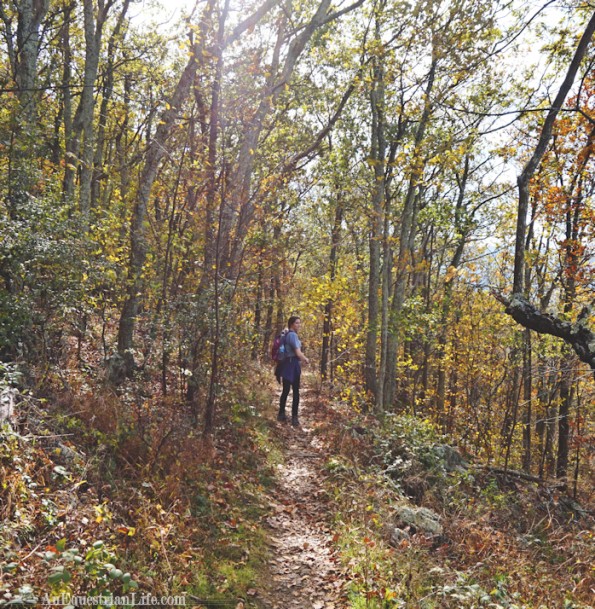 Once the footpath reconnected with an actual hiking trail, we interrupted a man’s date with his lady friend to beg directions. He spent several minutes with us, thoroughly explaining where we were, and the correct path to take to continue his hike, while his lady tried to hint to him they should move on. But, he knew his directions, and he wanted to make sure we went the right way. 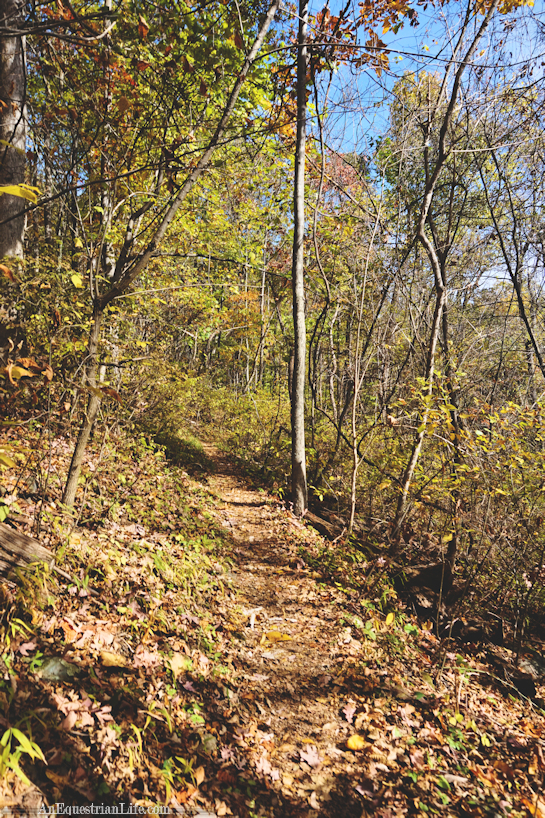 The rest of the path was so simple, it felt way too easy. We’re probably ready to move on to more challenging trails at this point. As long as the challenge isn’t a really long, uphill gravel road.

We eventually made it back to the car, and began the next leg of our journey: The journey to food. Skyline Drive is really long, especially when the speed limit is 35 mph. Eventually we buy some at the hiking cafe, and then, it was time to head home.

While driving, we came across a traffic jam. There was a bear! People were getting out of their cars to stare. We stayed in the car, it seemed way safer. But the bear got bored of the crowd and left after only about 30 seconds. Oh well… at least I can say I saw one.