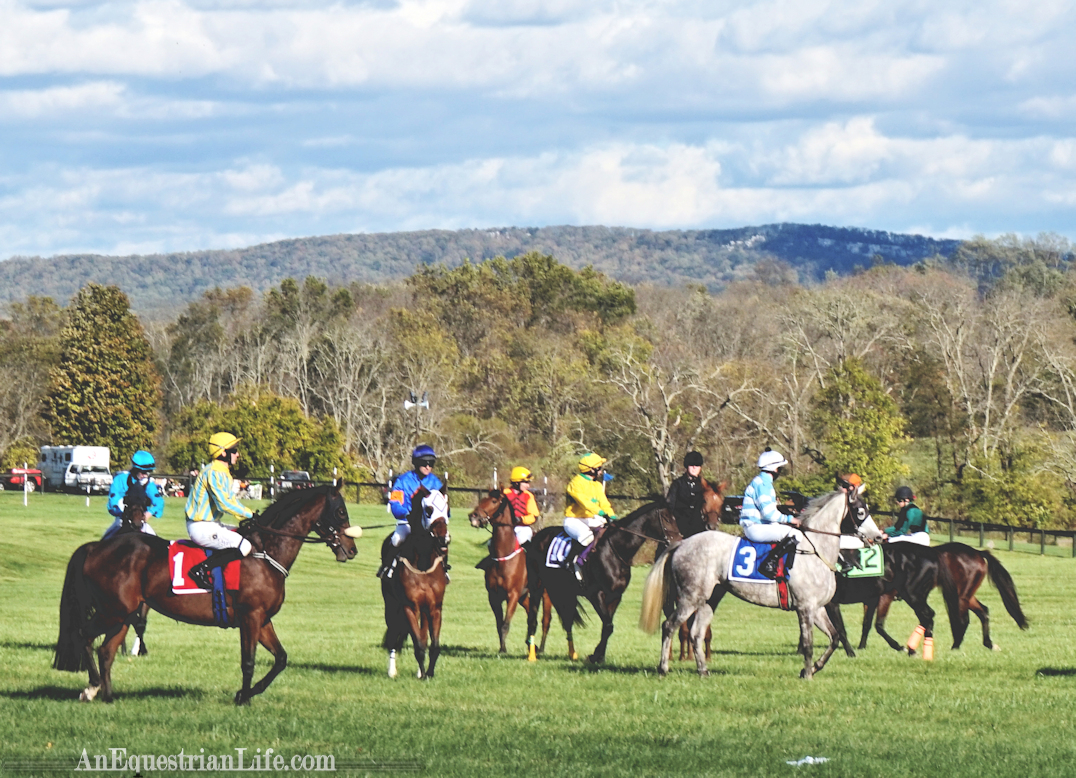 In the midst of being super busy, I managed to get some horse fun in. Last Saturday was the fall edition of the Virginia Gold Cup. The Gold Cup is located at Great Meadow, which is also the location of this fabulous event. I did not check how many of the cross country jumps are still up, but someone much wiser than I said they are. Hopefully, this means they will continue to host lots and lots of things.

I was informed by my neighbor that Fall Gold Cup is for the locals. She has lived here for longer than I’ve been alive, so I’ll trust her on this. Spring Gold Cup is when all the DC dwellers descend upon our land, like a flock of tropical birds in their bright dresses, heels, and copious amounts of cleavage. At Fall Gold Cup, the locals resemble fluffy pheasants, bundled up in tweeds and plaids, with some toned down accents. And if you’re super classy, you wear a hat. I unfortunately forgot mine, so I was just sort of classy. 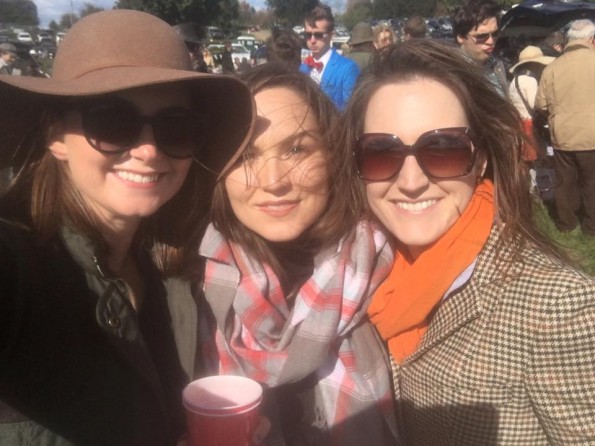 Stolen selfie of super sophisticated blogger ladies, Shelby and D’Arcy. Somehow I managed to squeeze in there.

It was super windy, which ruined my carefully crafted hair in about a minute, and a few ladies had the wind pick up their hats and carry them on course. Luckily Shelby’s was super glued on there, although she would have had someone to rescue it, had she lost it. 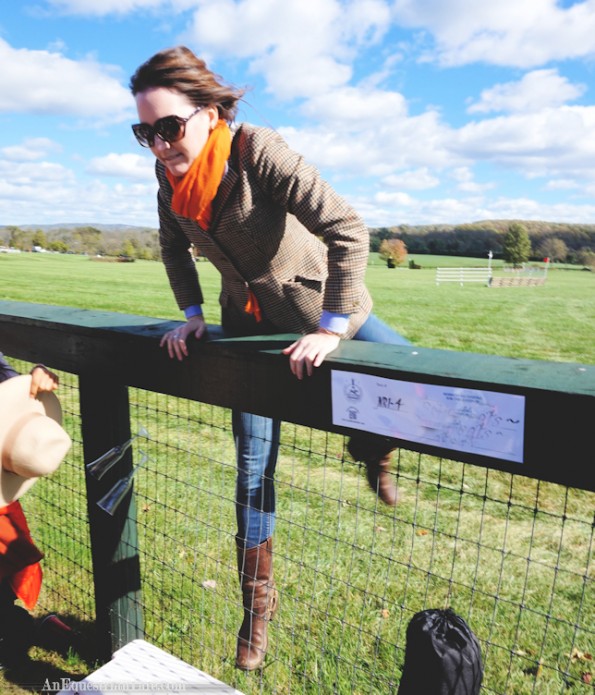 The Hat Retriever. Heroes come in all forms.

We had excellent cider mimosas, where are basically exactly like regular mimosas, except with cider instead of orange juice. Try it, it is soooooo good. 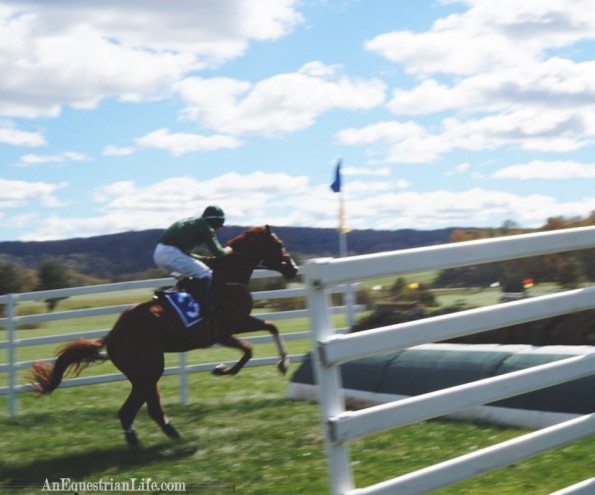 There were a few rounds of steeplechase racing, and then they removed some of the jumps and did some flat racing. You may be wondering on what authority do I presume to talk about horse racing…and that would be none. I am not even going to pretend I know about racing. I know nearly nothing, except the horses are so pretty to watch, and I love horses, especially thoroughbreds. I want to take them all home with me.

I have zero commentary on any of these. Enjoy these mostly in silence. 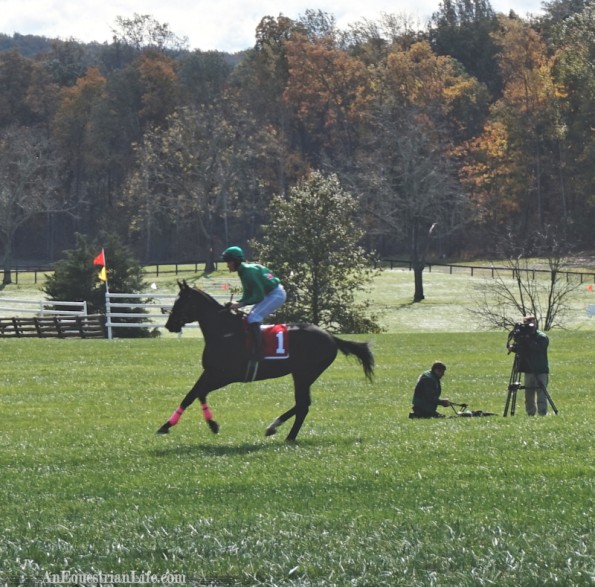 Aw man, how am I supposed to compete with a pro photographer, feet from the horse?! I hope you can continue to enjoy the sad, blurry photos I do have. 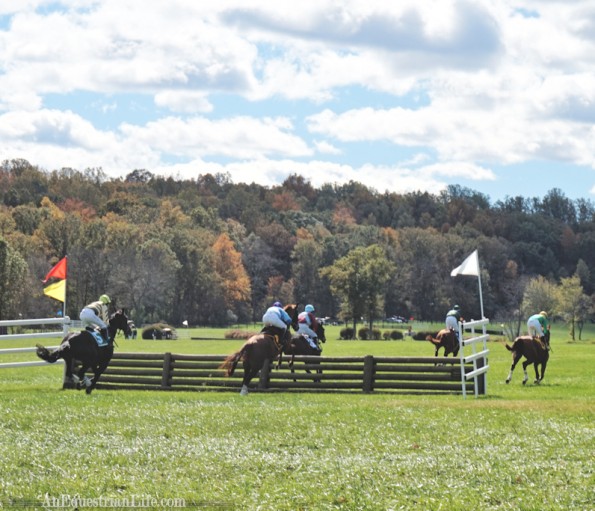 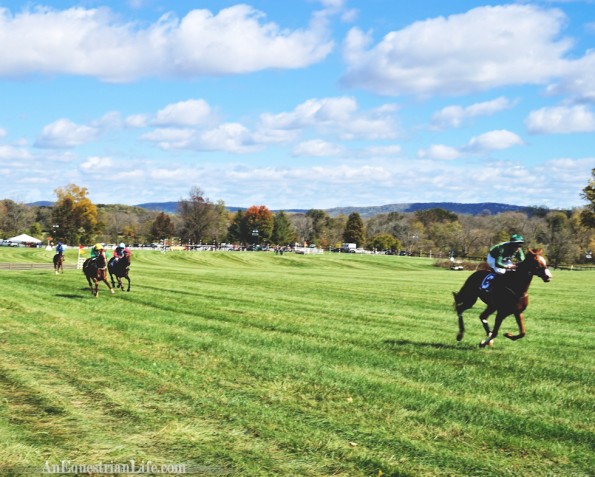 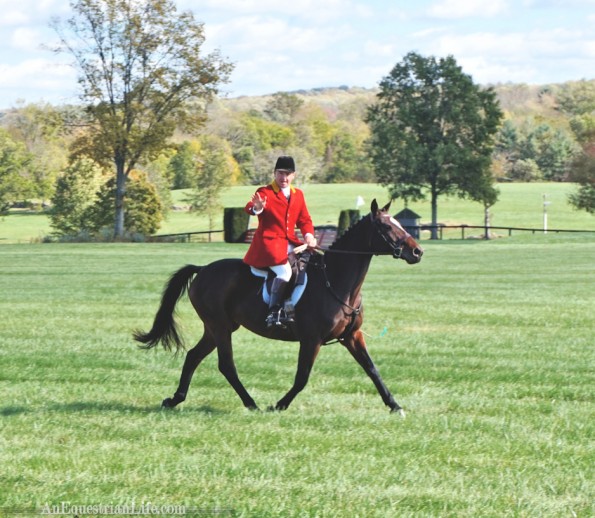 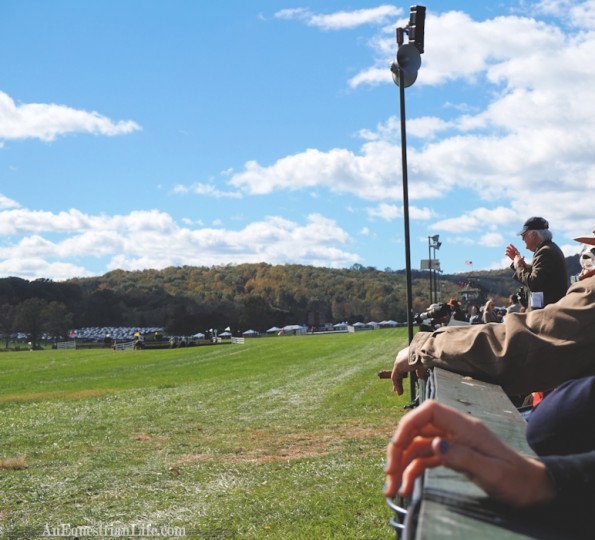 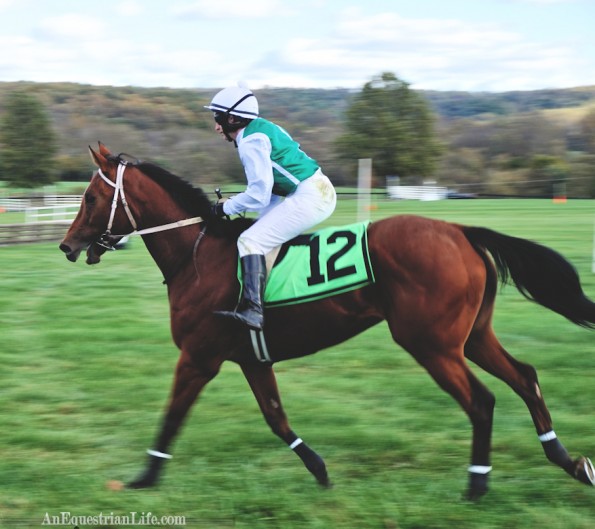 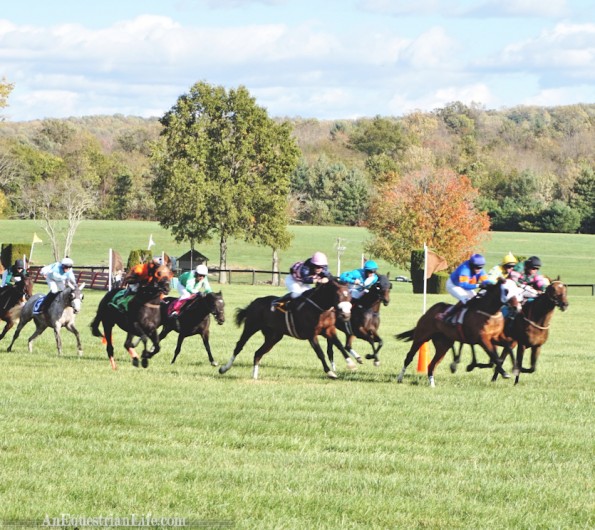 At this point, read no further unless you’re prepared to be sad.

Unfortunately, tragedies do happen. One horse, #5 fell on course, and it was serious. I have photos of the actual fall, but I feel like it would have seemed callous to post them. 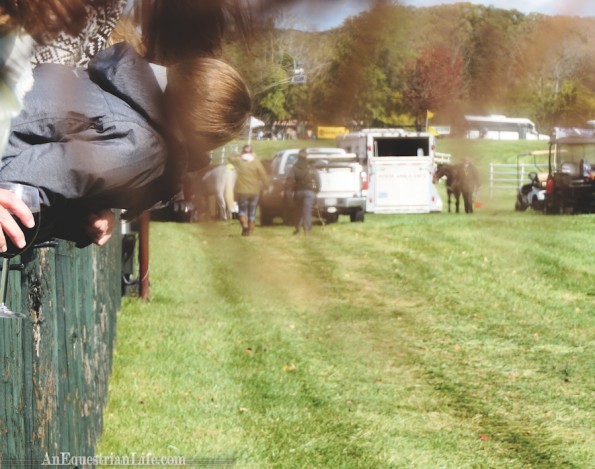 While we were still there, we thought the horse had fallen, hurt itself too badly, and was put down, but since then, I found this article. It was a freak accident, but they didn’t put the horse down, he sadly had some kind of issue, and died of natural causes, so to speak. Although autopsy result is still pending.

My friend’s mom on member’s hill didn’t even know it had happened. They didn’t announce anything, it was just up to us to look through the photos I had, talk to others and piece together what had happened. The horse had gone over the jump, stumbled and thrown the jockey, continued on before falling, rising, ending up by the rail somehow, and then falling a final time.

It’s easy to think of a racehorse as just a work animal, or an income maker, but we saw the people who loved that horse. His groom went by, tears streaming down her face. The jockey went by, a lock of tail clutched in his hand, his face distraught. They had loved that horse, trained it, pampered it, gave him kisses. And in a moment, he was gone. Read the article and see exactly the life he gave to his people.

It doesn’t sound like it could have been prevented, and isn’t anyone’s fault it happened. It’s just one of those things that can happen.I don’t know his people, nor did I know this horse, but I sympathize with them. He was a beautiful horse, and seemed to give a lot of people joy. 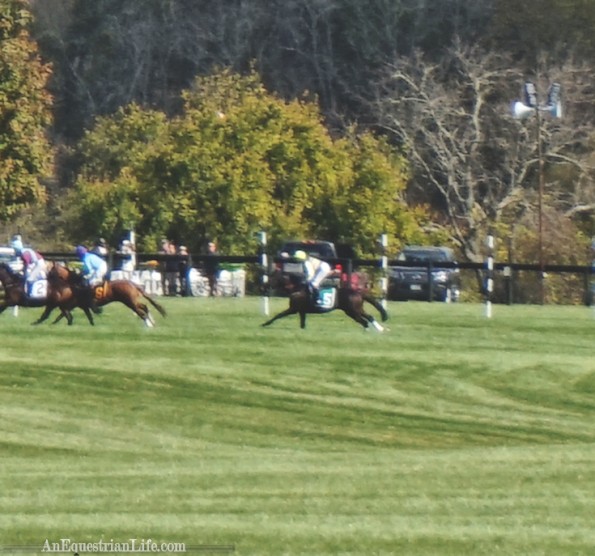 A minute before tragedy.

I don’t want to down grade the fun of Gold Cup, but it would have seemed disrespectful to talk about it and not mention this beautiful horse. Hopefully there’s a horsie heaven, and he’s up there romping in green pastures.

In other, non-sad news, although not really happy news, hopefully, I’ll be able to get out and ride my own horses soon. Recently I’ve ended up being super busy. I’m thinking about possibly putting Berry in training for the winter, but I’m undecided on this. I may end up just being a weekend warrior for a while. Just gotta do the best I can!