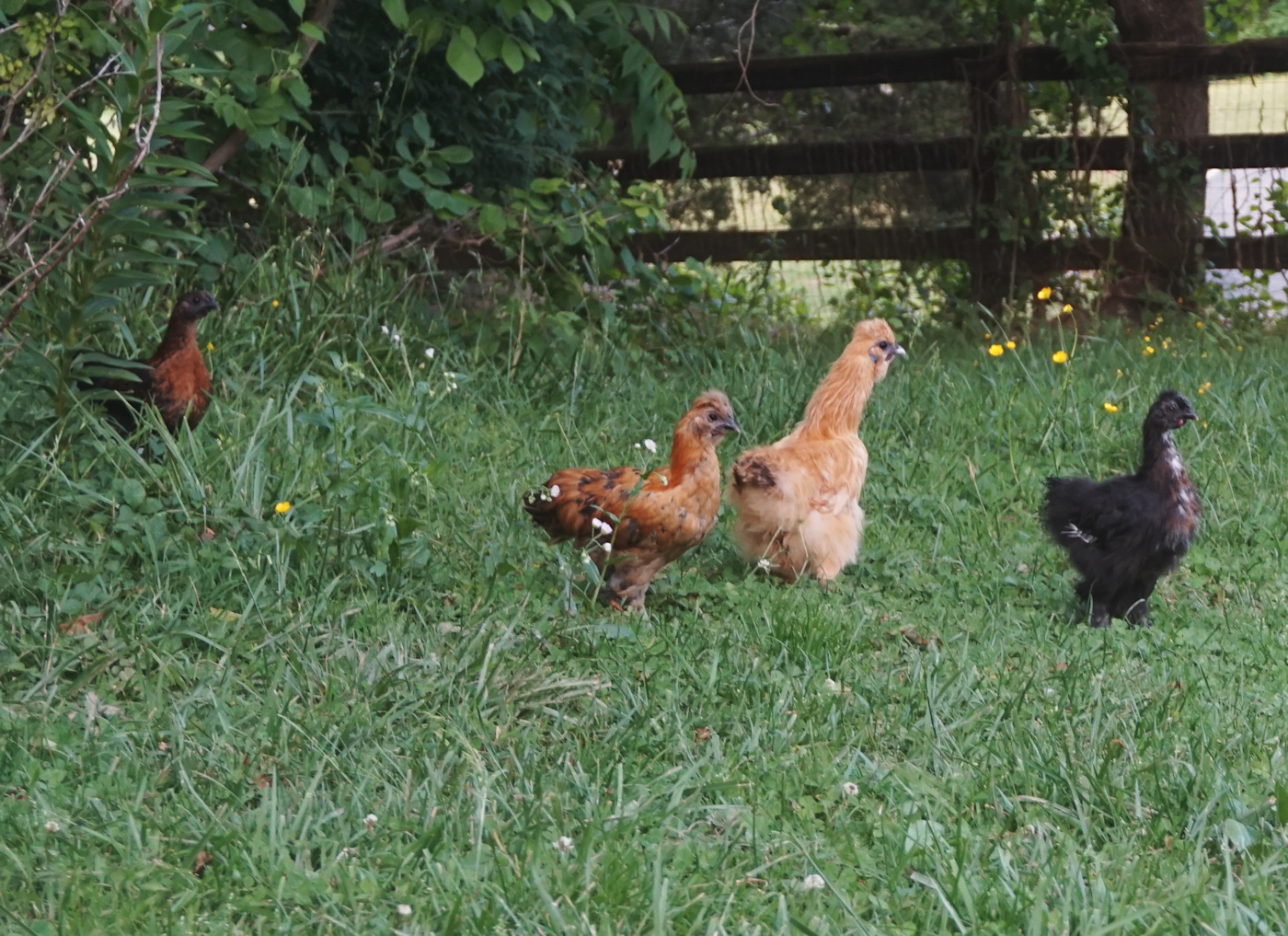 A while back, I had baby chicks born. They were adorable, fuzzy little black things. But now they have grown up. The ones Dave picked up from the store have been given to my neighbor, and the fuzzy little black ones were put outside. Unfortunately, one of them did wander away and disappear forever. Rest in peace little guy. But the rest of them are now thriving. Their fuzz fell out and was replaced by colorful feathers. Only one of them stayed black, but now she has stylish white trim on her wings.

It took a while for them to adjust. At first, they cried a lot and kept to themselves. When we’d come visit, they would run to us, and we would pick them up and give them a cuddle. But sadly, they are chickens, and we are not, and they must live with their own kind.

But then, in a shocking turn of events, one of the adult hens literally adopted these little babies. At first, we thought it was a weird fluke. We went out to close the coop at night, and one of the silkie hens had these half grown, half chicks, half adult chickens nesting under her wings. 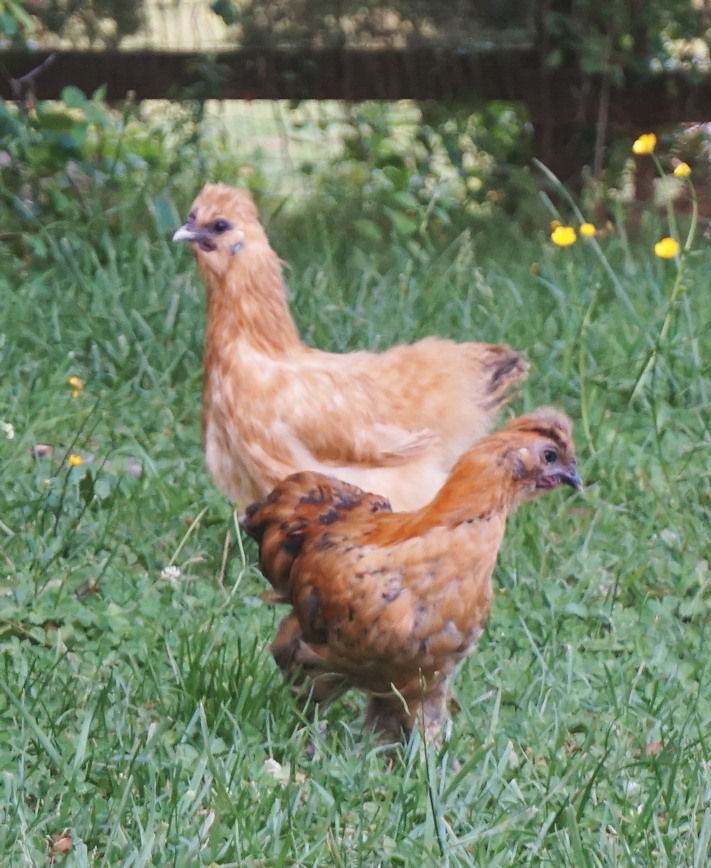 Mother Hen watching over her baby.

When we began letting them into the yard more, it was obvious. They moved together as a little group, the hen and her three little babies. She called to them to stay close to her. They followed her obediently around the yard. 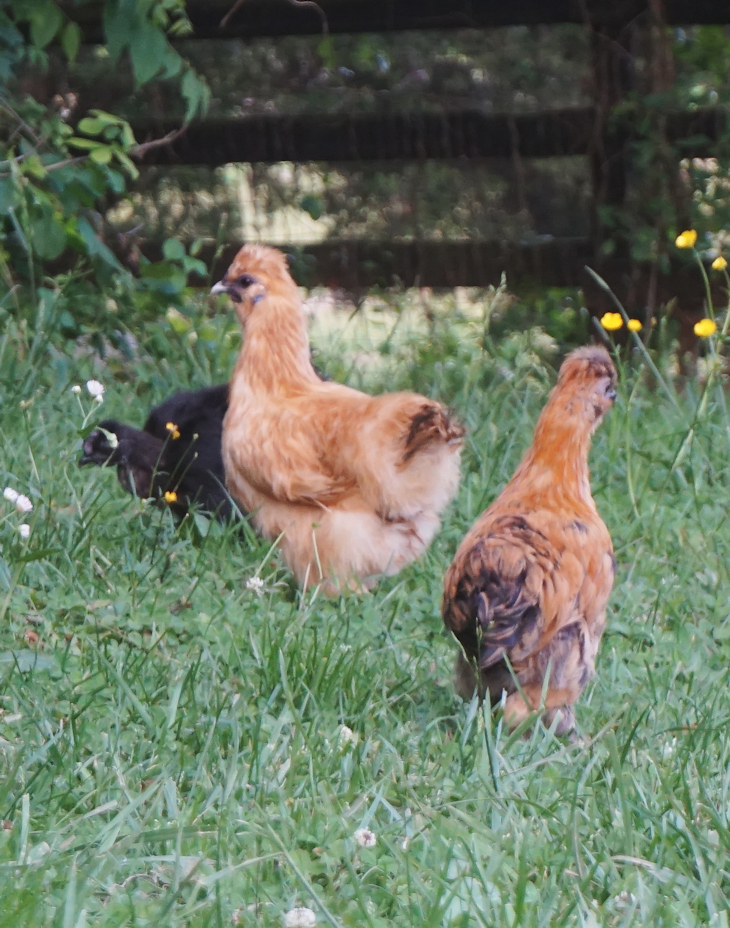 Mother Hen with two of her babies.

It is both one of the most adorable things I’ve ever seen, and also shocking. I had no idea hen would adopt little half grown adolescent chicks. I knew you could sneak in babies into their nest and they might adopt it, but she met these chickens when they were much older (8 weeks, maybe?). That seems pretty old to adopt babies – they are self-sufficient chickens at that point.

All I can imagine is that this little silkie hen heard these poor chicks crying for love, and she took them literally under her wing. Chickens have compassion for other chickens… who would have guessed?

As to why the chicks were still crying at such an old age…well… I guess I raised spoiled little millennial chicks kept in my house, who were cuddled every night and could do no wrong. I failed as a parent to give them the skills needed to succeed in the world. I’m sorry little chicks – at least there was some other parent out there to pick up the slack for me!