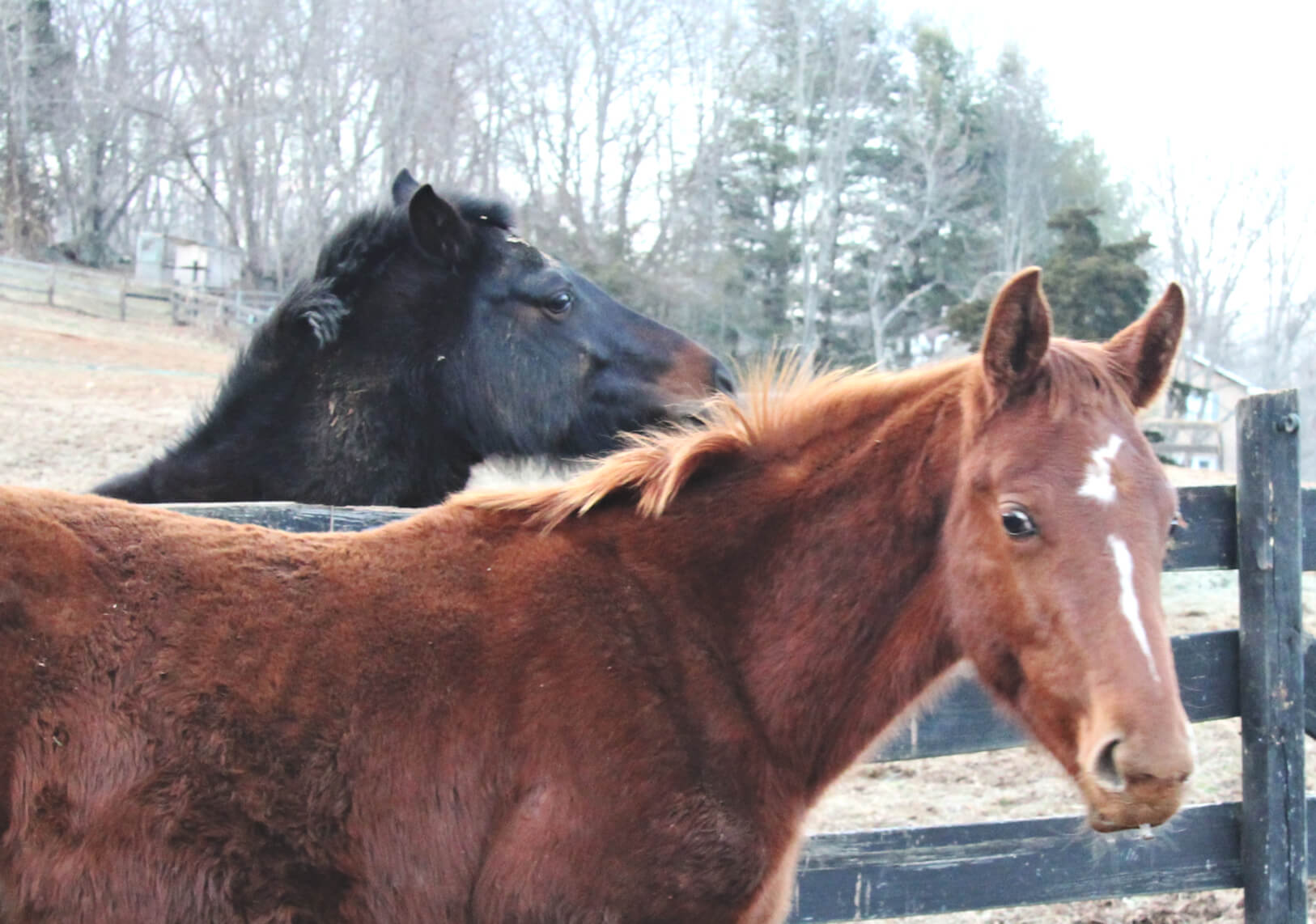 Stu has now been on my farm for a week and a half. He was a bit shy when he first arrived, but he’s really come out of his shell now. He was shy, but curious before, and now he’s not as shy, but still very curious. He loves to start mischief, and one of his first orders of business was to get into the halter storage and drag the halters out into the field.

He was initially wary of human interaction, and now he eats it up. The highlight of his day, any day, is a visit from the humans. He abandons whatever he is doing and comes to stand at the fence. He sticks his teeny little muzzle out, begging for attention. We have now gotten to the point where I will stand in the field, and he will back his butt up right next to me to get all the butt scratches. And he’s a giver, not just a taker. He equally doles out attention on whoever is nearby, happy to pass the groomings around. 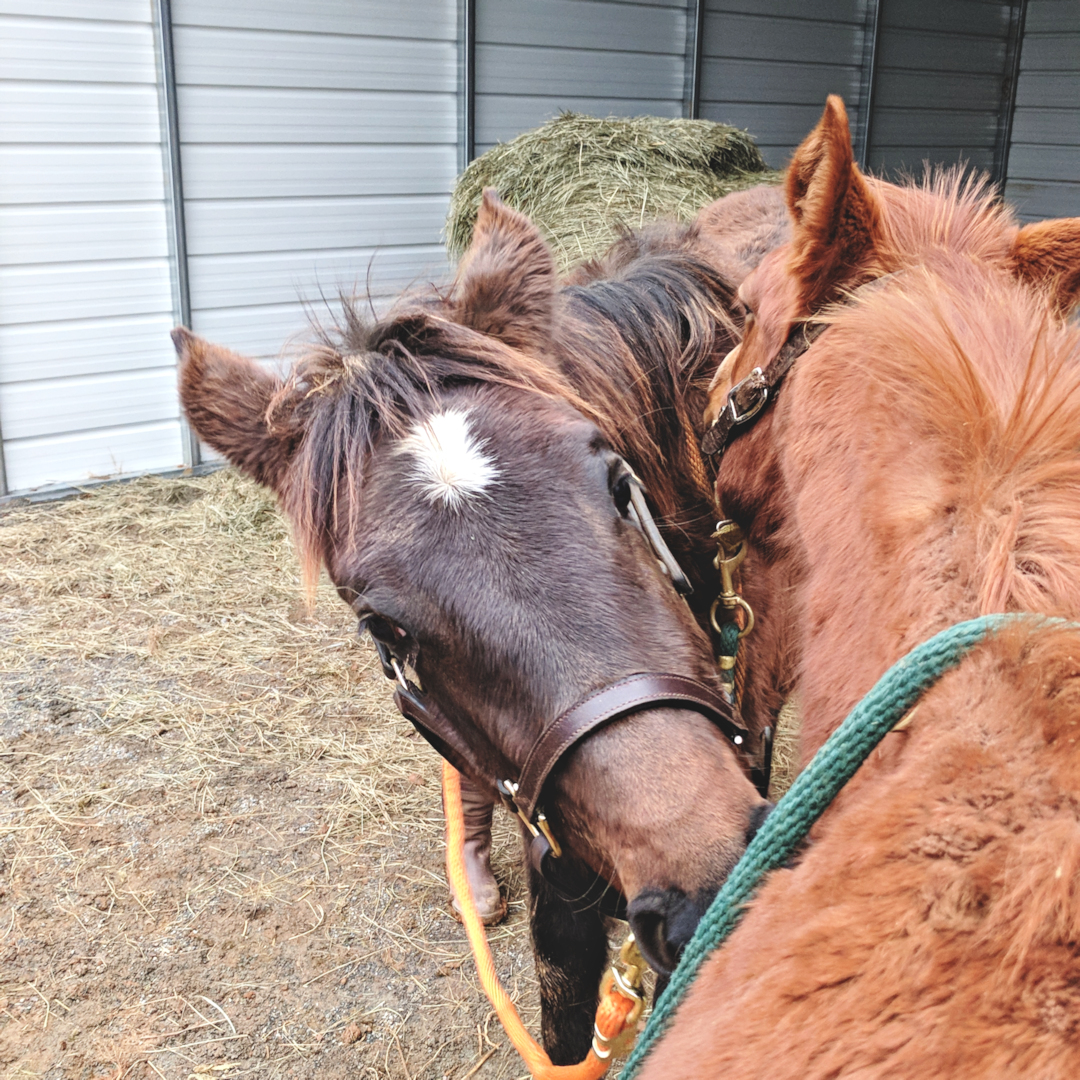 They both pass love to all.

Olivet is just as sweet, although she isn’t shy about it at all. When she wants attention, she marches right up to you with no subtlety.

The other horses are getting used to them. They are becoming an uninteresting part of the landscape. After meals, Pony will stand by the fence while they eat, making annoyed faces but unable to do anything. There was an incident of Vintage going to the fence while they were eating and sticking her nose over it. Olivet, rightfully so, made an annoyed face at her for invading her space while they were eating. Vintage did not take kindly to that at all, and she struck out so fast with her teeth it was like watching a viper attack. Vintage will not take such sass from her subjects, of which Olivet is now one.

I’m trying to take a conformation of Stu ever Sunday to track his growth, so here is the first one: 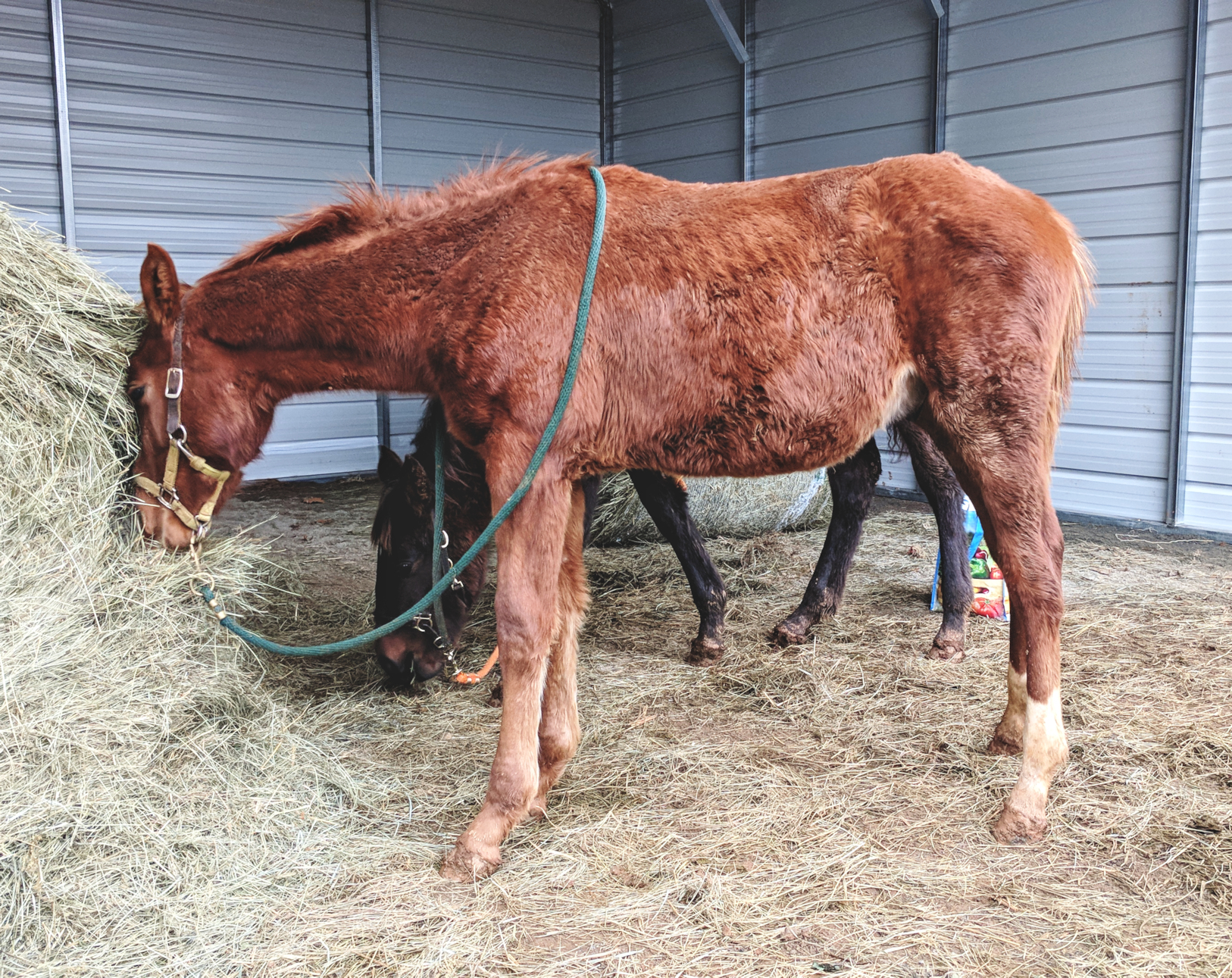 Not the best, but hopefully my ability to take these kinds of pictures will also improve.

After spending a bit of time with him, rubbing his soft fur, and feeling his tiny muscles and bones, it’s always weird to walk over to the grow up horses and pet them. They feel bizarrely huge. It gives me a real appreciation for what they grow up into.

The only downside is that I’m pretty sure Pony is annoyed by their arrival. He seems grouchier than usual, following me around with a pissed off expression, but not letting me pet him. It’s like he knows he’s no longer the baby. I think that once he learns his new winter job (pulling us around in the snow on sleds, an undeveloped idea, but sure to be hilarious) he might cheer up a bit… maybe.