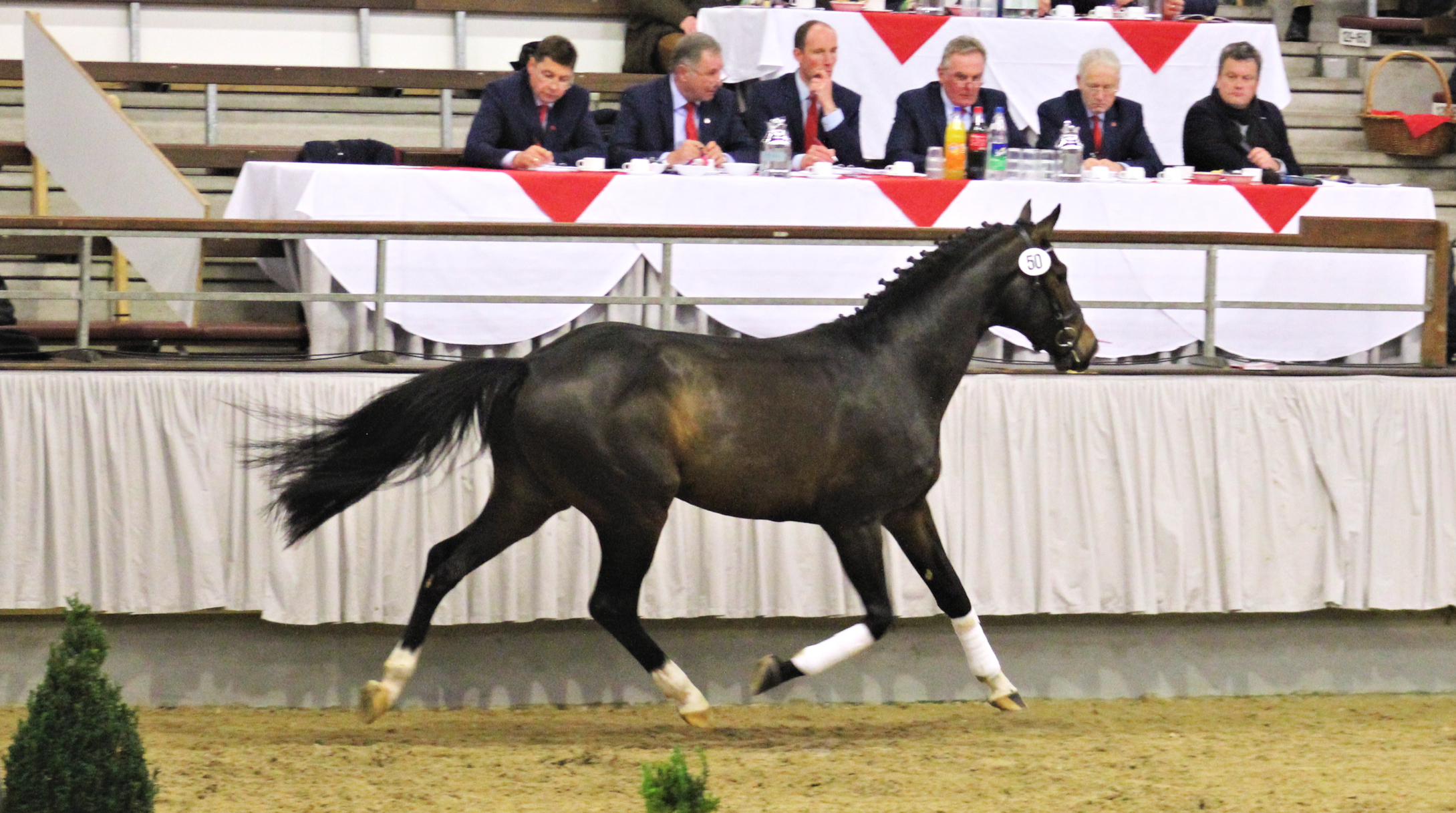 The afternoon of the first day was the 2nd Inspection. First, all the jumping stallions were led into the ring and then free lunged. 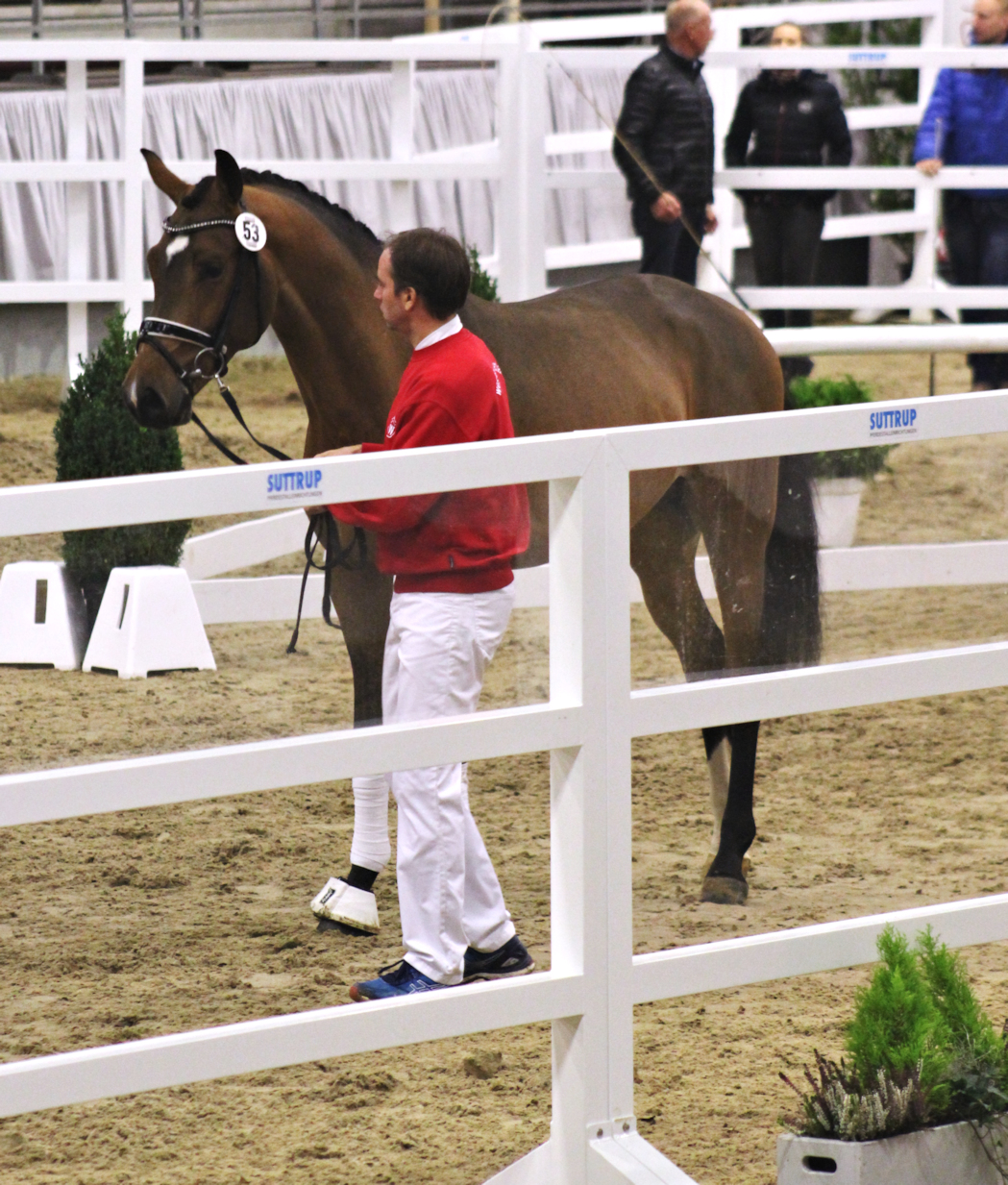 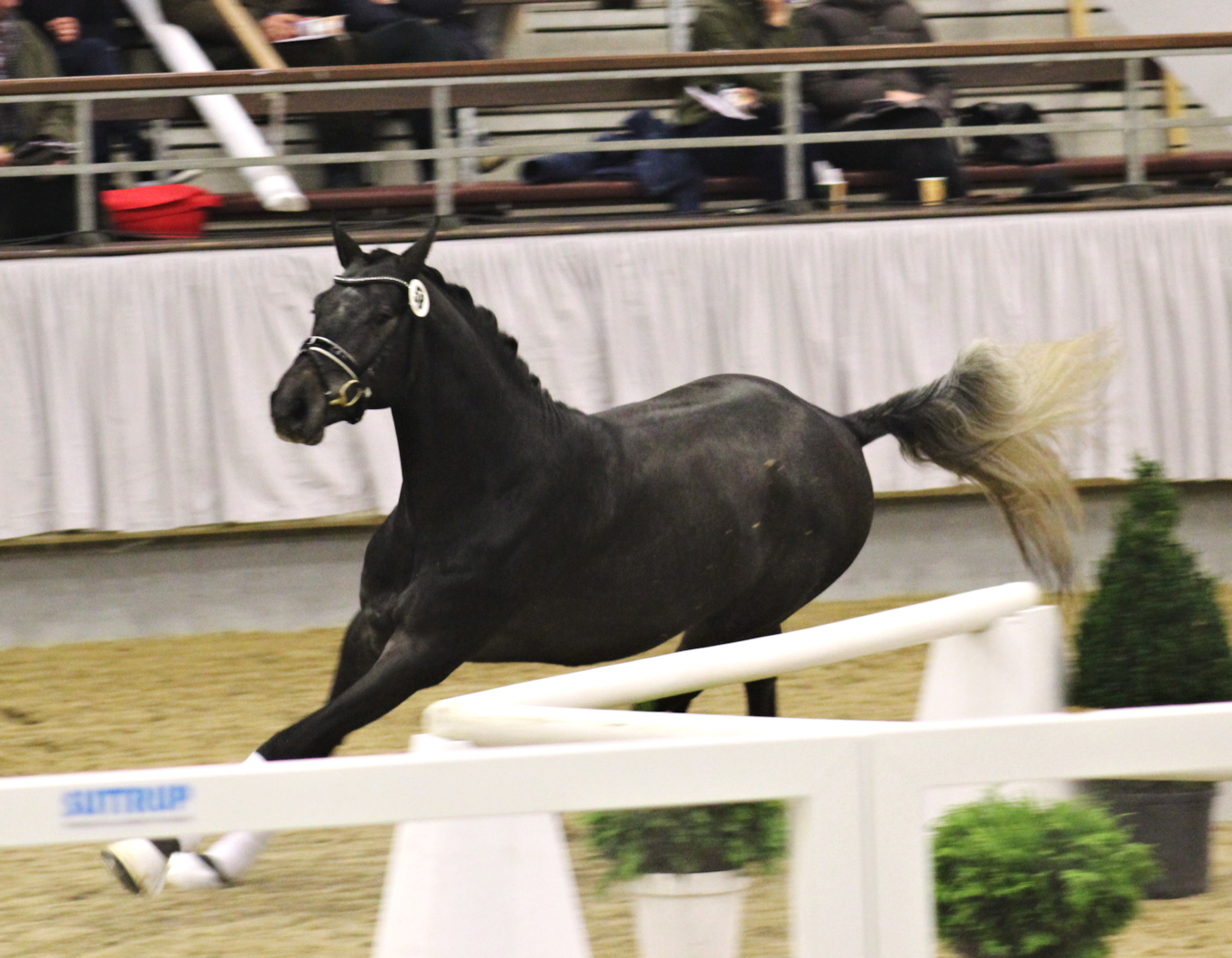 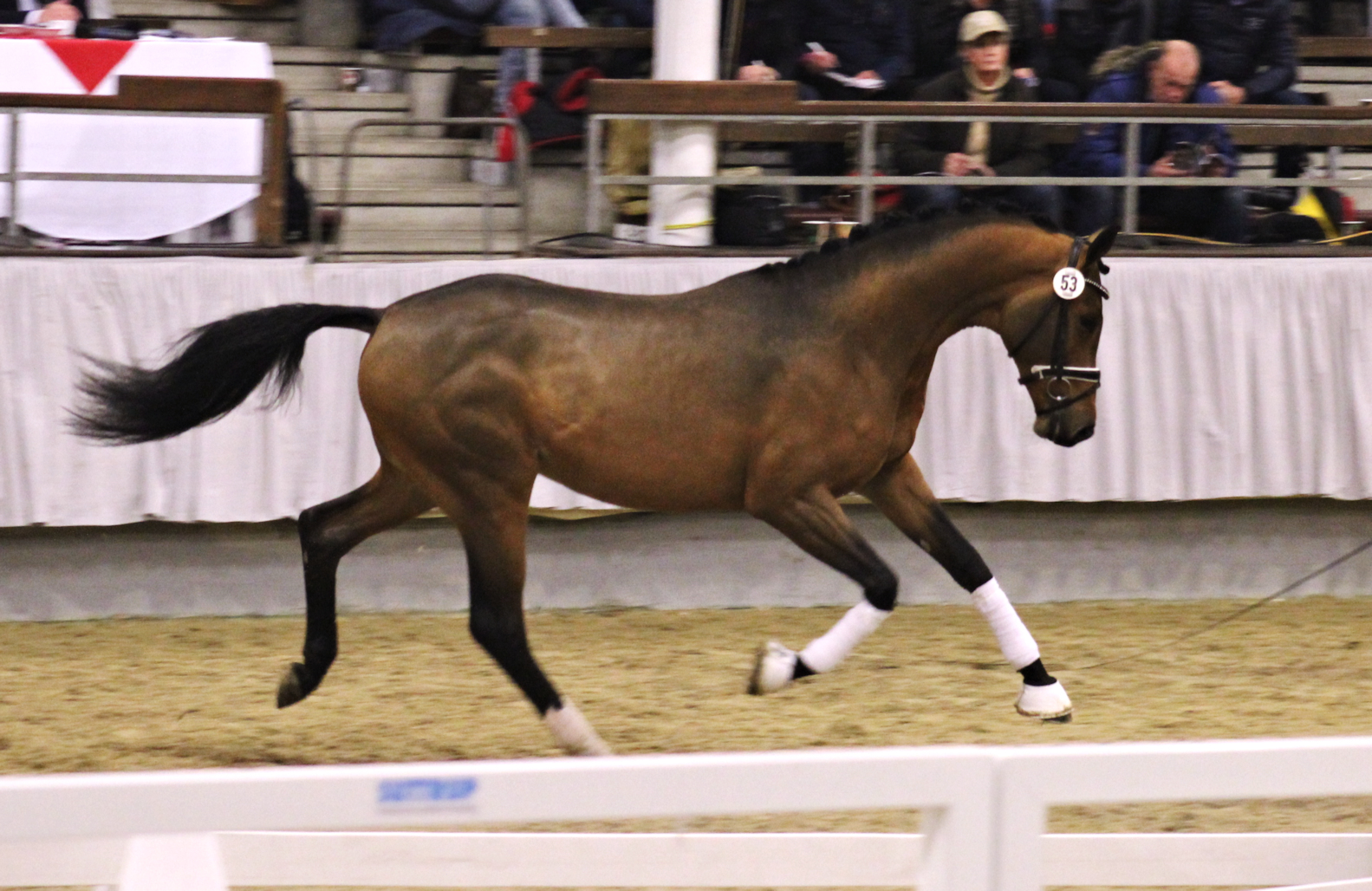 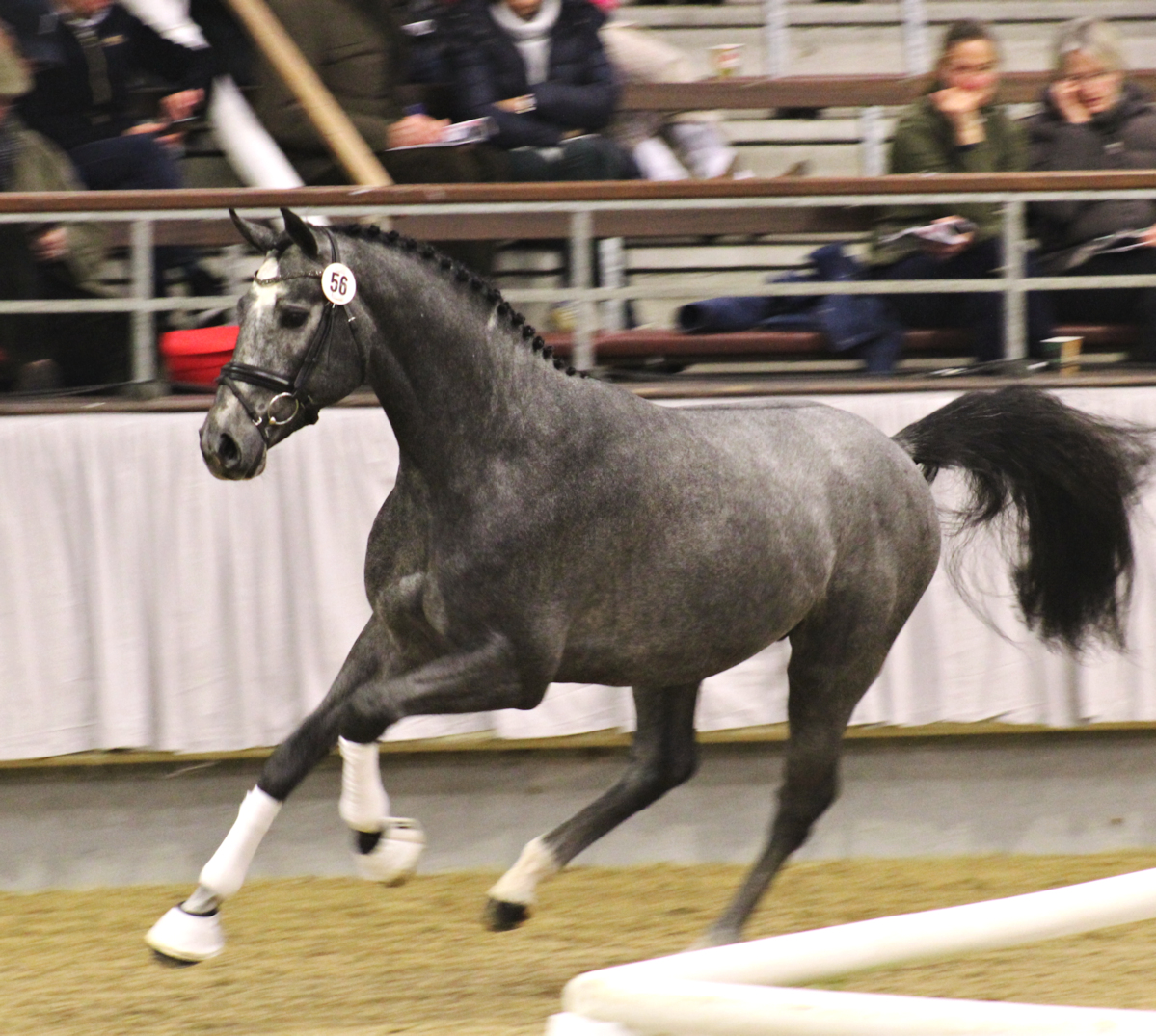 After they got a chance to strut their stuff, they were collected and strutted their stuff out of the ring. The DJ would put on an up-tempo song, the audience would clap along, and the handler would run as fast as they could to show up the stallion’s trot. It was pretty neat to watch! 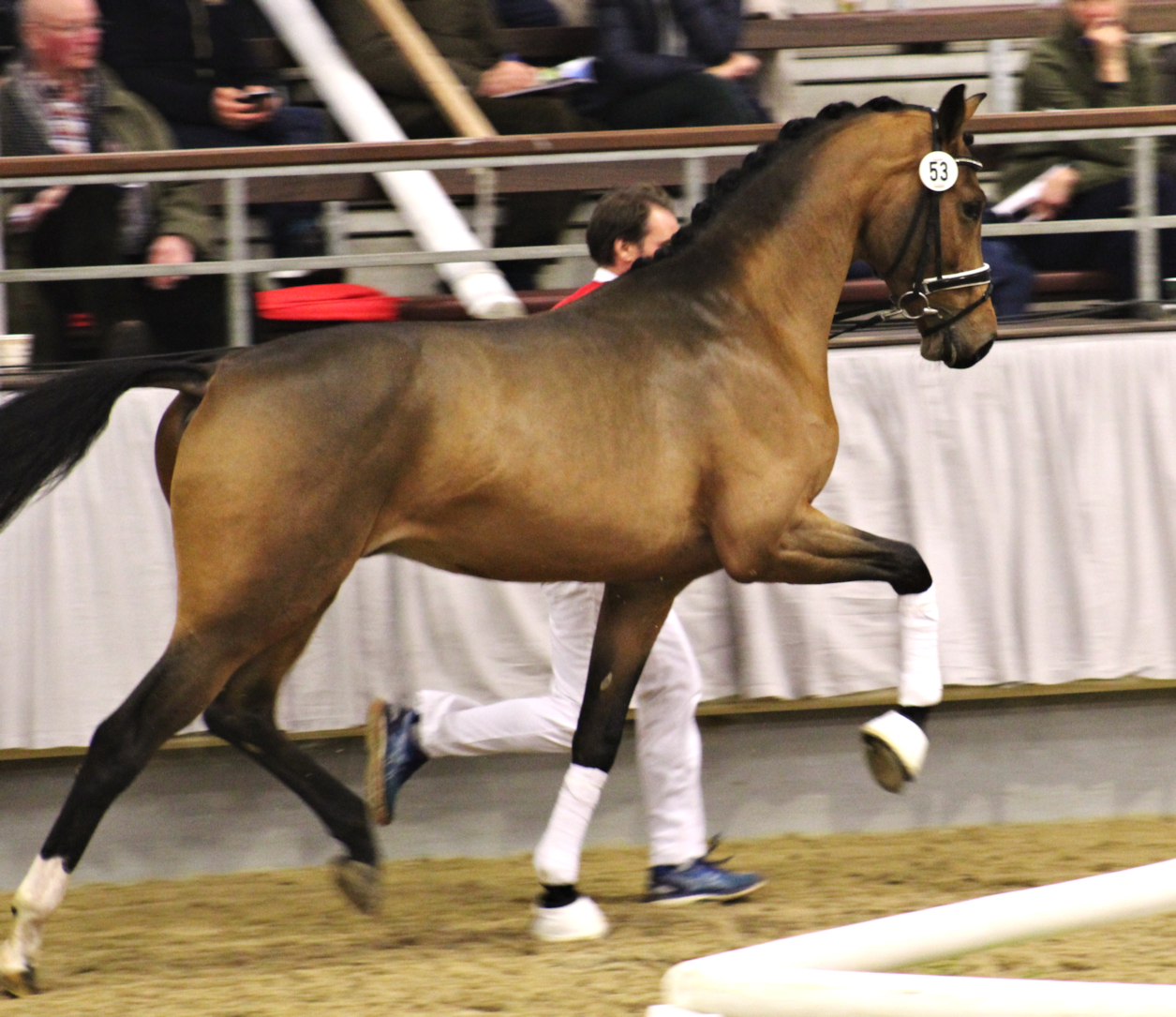 After a number of stallions had been presented, a group of them would be brought into the ring and judged as a group. 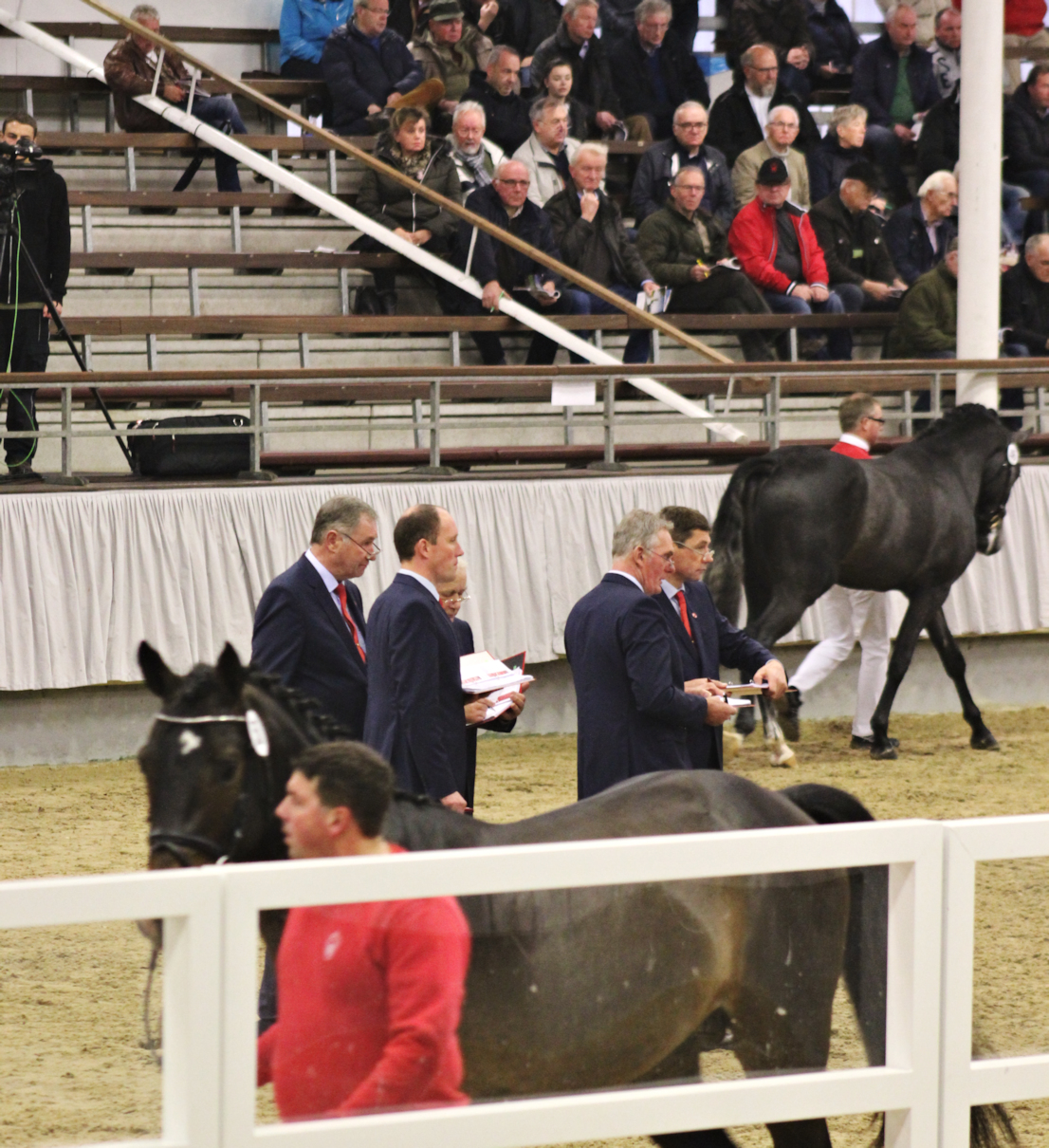 Then, the group exited, and they repeated with the next group.

The dressage horses went a little bit differently. They didn’t get to run wild and free, but instead were lounged. They anticipated this would take a great deal of time, so two dressage stallions would go at a time, one at each side of the ring. 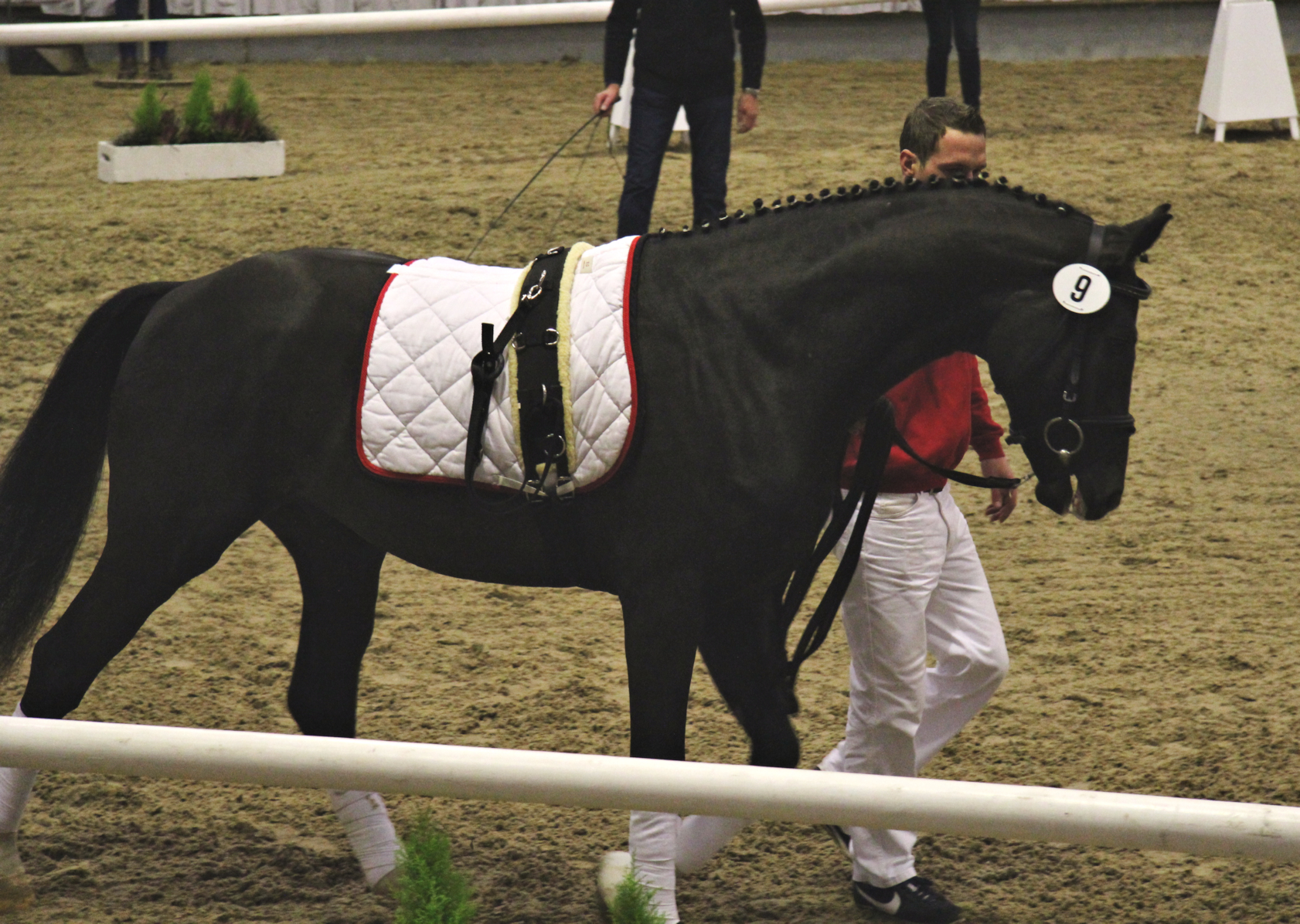 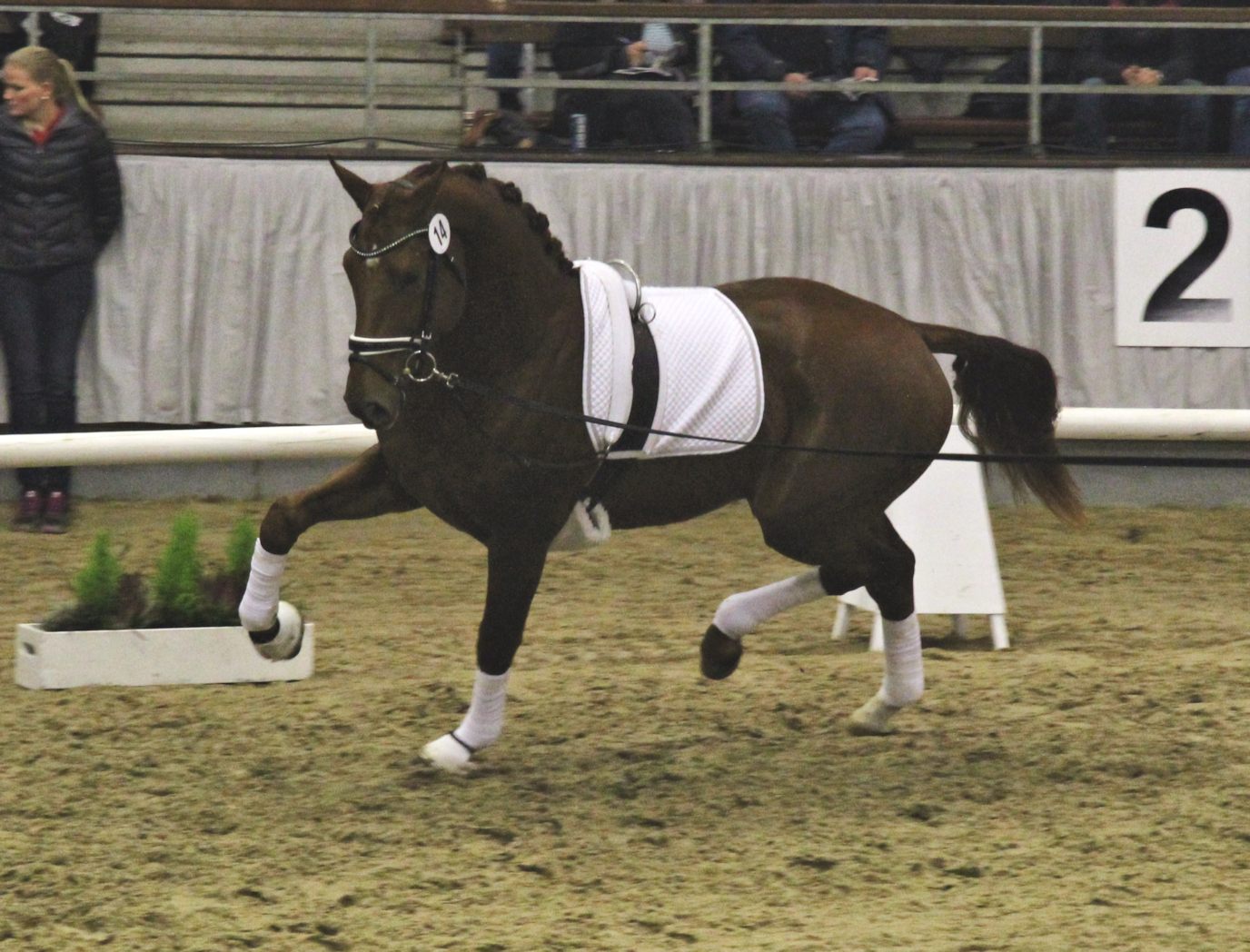 My beautiful #20 strutted his stuff! I mentally cheer him on, and I was so proud of him, as though he were my own. 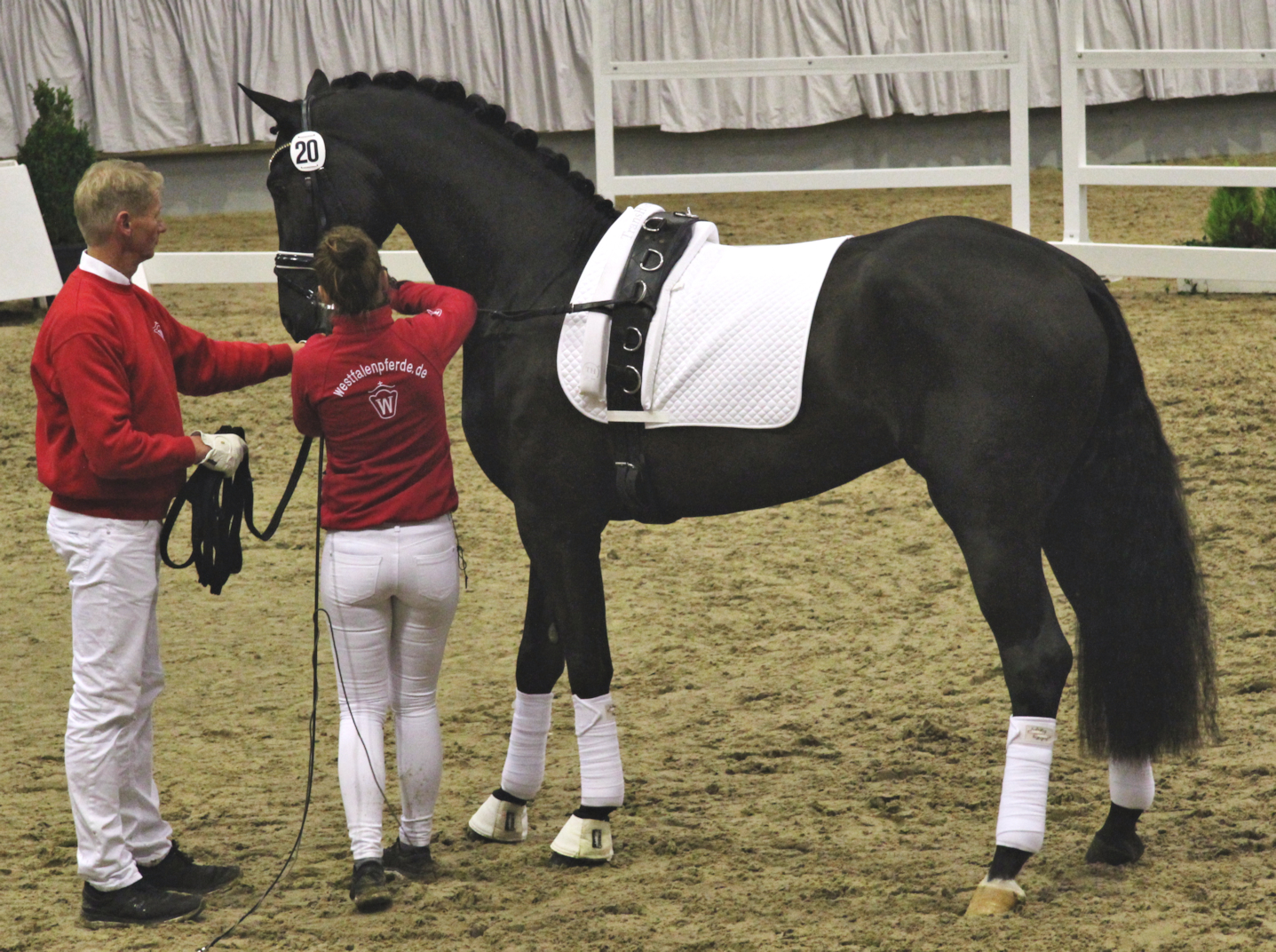 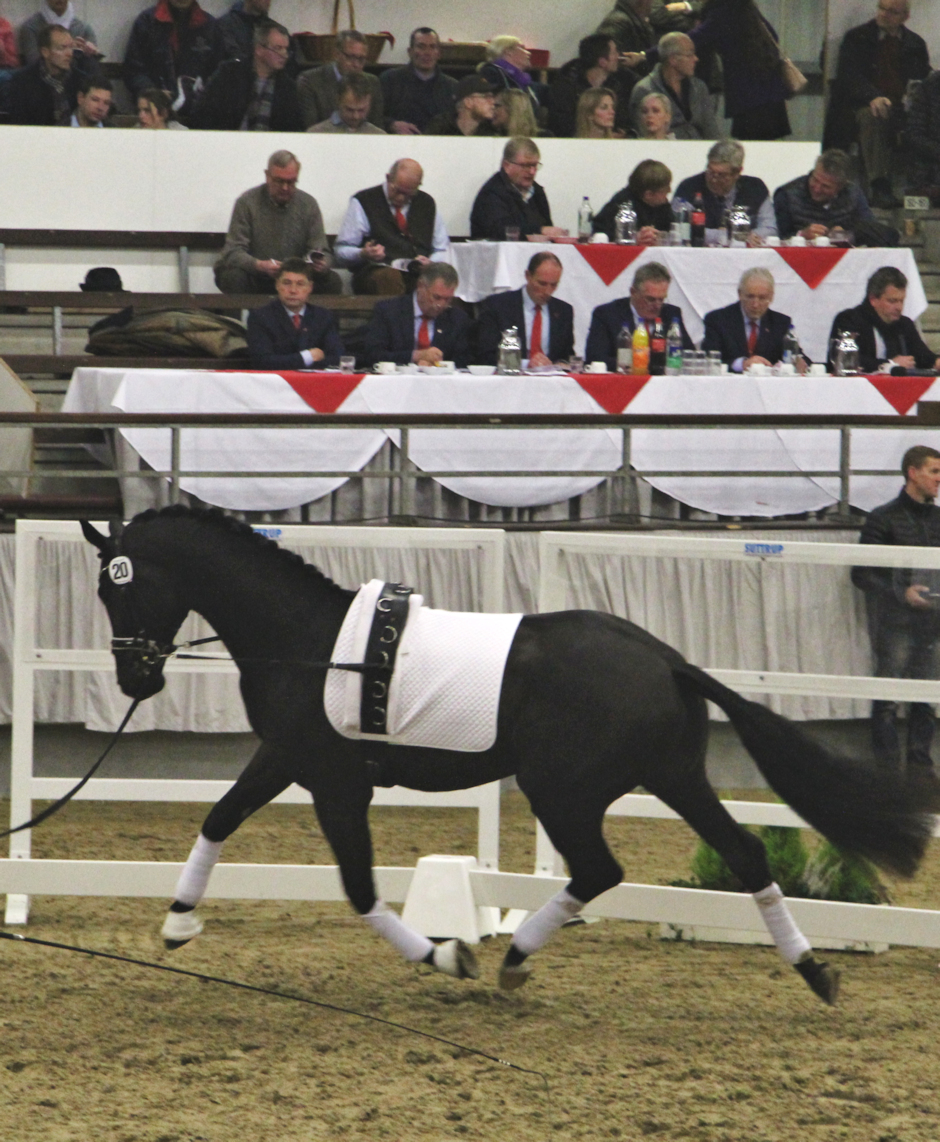 Note – he probably wouldn’t have had to do anything besides simply exist for me to be proud of him. He’s such a kind and loving guy. I’ll miss you, my darling #20!

It was interesting to see the variety of movers. The flashy, extended toe flicking movement always got the attention of the crowd, and there were many of those. It was also interesting to see how nimble some were, and how others stumbled over themselves a little bit. After seeing that many horses and comparing them, the more subtle nuances are easier to notice. It really felt like a learning experience in just watching and analyzing horse movement.

I am not a movement expert, so I don’t want to say something I will regret. But seeing it made me want to increase my knowledge, and learn much, much more about the influence breeding has on everything horse – the movement, the build, the character. I just want to know it all! We shall see how my plans for knowledge go though…