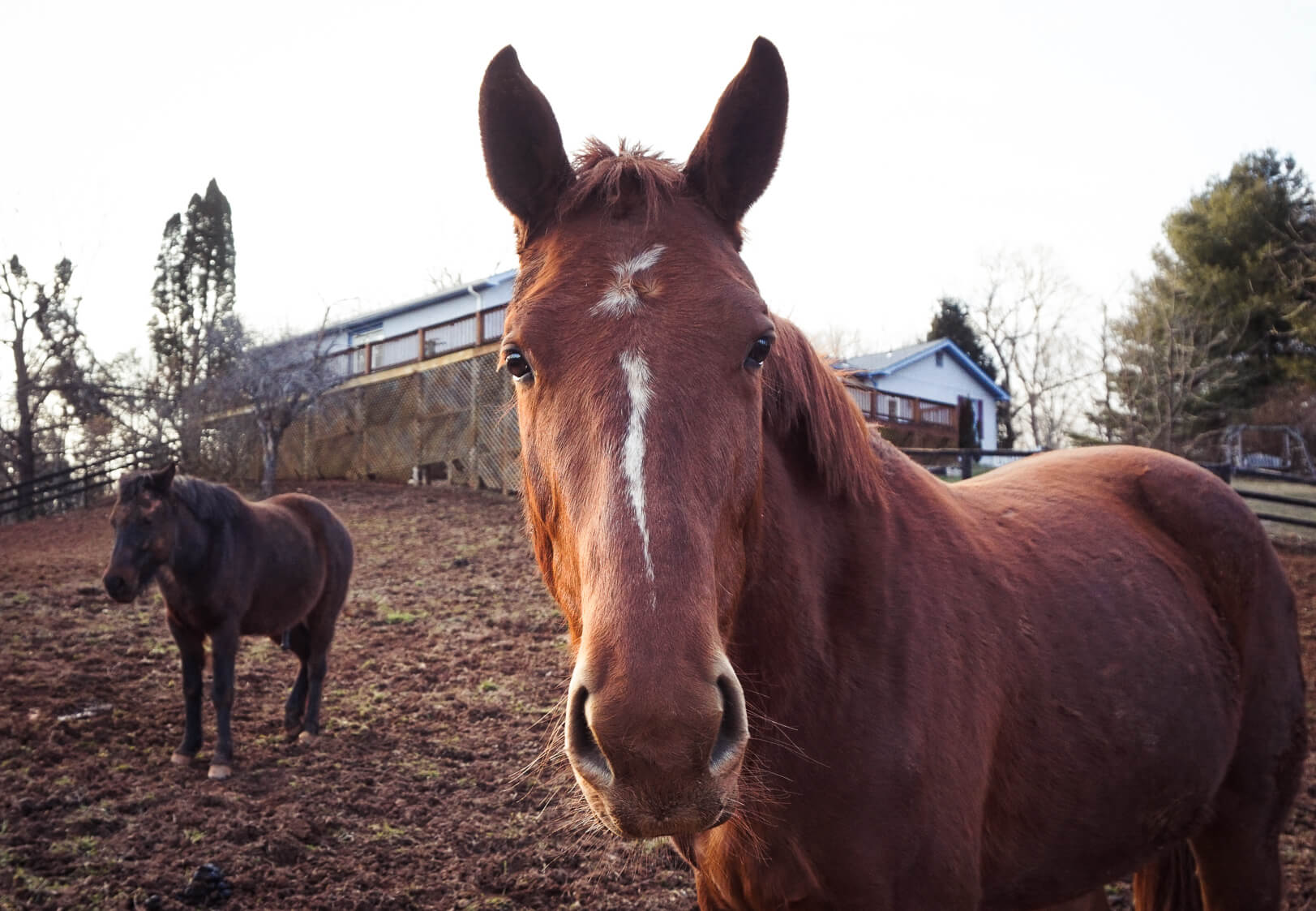 Stubert is getting worked with just every other day now. Nothing excessive, just groundwork and manners. Things I would/should have been doing before if I wasn’t pregnant, and then converted into baby life. But now I have the time, so it’s a priority to turn him into the best possible young horse.

To clarify a few things about him:

You can see that these things are related. Horse acts like a baby his entire life (rightfully so), continues to act like a baby without being told not to act like a baby. So now I’m telling him to not act like a baby. Not around me anyway, he can do whatever he wants when I’m not around. (Except jump into my backyard, which he did do last week. He was pretty pleased with himself.)

Now that I’m taking him out for the “serious” handling, he’s getting better. He knows I will swat him if he nibbles, and he keeps his mouth to himself while we are serious. Oddly still tries to nibble me while free in the field though, but we will work on that.

He is very polite being led, and doesn’t act herd bound, which I am so thankful. He thew a tiny fit when he was stalled and I took Pony out of his stall, so I know it’s in there, but so far he seems to respect my leadership. I guess he believes my fake bravado, ha!

We are working on learning to lunge. When I tried to teach him this as a yearling, he could not grasp the concept of it. I’ve never worked with a horse so confused by it. Now that we’re a bit over a year later, this time it’s starting to click. He’ll walk slowly in a circle around me, halting on command.

I think he really likes being in baby horse training. It’s a natural extension of his obsession with being with me. I lunged him in the field, as my arena is a mess, a whole other story, and after I finished I just left him there to go get the other horses to turn out. He followed me back, wanting to keep hanging out with me. When he was stopped at the gate, he walked down the fenceline, trying to be as close to me as possible. While he’s definitely a needy animal, I hoping it will translate into a great work ethic.

I’ll keep working with him, and hopefully get a video soon. Honestly a horse walking on a lunge is pretty boring, so I’ll wait until he’s at trot… or maybe even canter! His canter is a dream to watch – I love it when he decides to canter around the field (as long as it’s not directly at, or into me. Hopefully I’ve put a stop to that.)

It is supposed to rain for a week straight now, which could put a damper on lunge training. I’ll still mess with him in his stall though. I could put the saddle on him and see how handsome he’ll look. He’ll appreciate the attention!