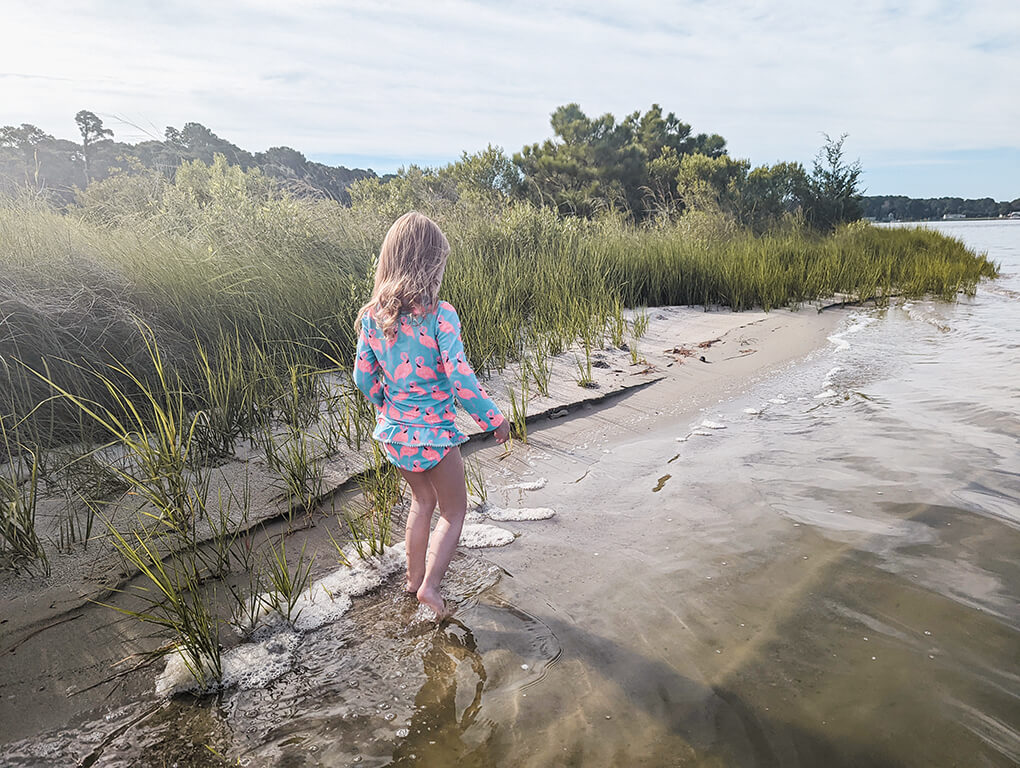 But as I got older, I started to think I did want kids. I knew they took effort, but I figured they would just fit themselves neatly into my life. If I was going to go do something, they’d just come along for the ride! They could play by themselves while I rode, and did all the things I wanted to do. Not a problem!

I thought this, despite knowing that many parents had to give up their horses when they started having babies. I met many older adults with the same story – “I rode when I was younger but I gave it up when I had kids. The kids are now leaving the nest and I want to ride again.” But those people were different – they just didn’t want it bad enough, I thought.

Well, here I am, 3 kids in, and down one horse, a horse I truly thought I would have forever. I loved her so much, I promised her she’d always be with me. And now she’s gone. I rode her one time in the last two years, back in June. It was kind of a “good bye” ride, one of the last times I’d ever see her. I was so occupied with the kids, I was only able to get out to my trainer’s barn three times to see her in those last few months. Once to take photos, once for her PPE, and once for that ride.

I still have three more, though. If there was ever a first world problem, it is certainly, “I only have three horses instead of four.” But I loved her as my pet, so it hurts just like losing any pet. But this isn’t really about Berry – feel free to sympathize her loss with me here.

What this is really about is, why can’t I keep horses in my life and have kids? Why is this so hard?

It’s been difficult. I was seriously thinking of how to get ride of all of my horses. The only reason I couldn’t go through with getting rid of them all was Vintage, the glue holding everything together. She’s retired, and I know I can’t hope for someone to want my old, lame, retired horse. That just doesn’t happen. Pony stayed because Vintage needs a friend to hang out with. And Stu…. well, I came pretty close to selling Stu too. Since he’s been away in training so long, I wasn’t feeling the same emotional bond to him. I hardly even know him at this point.

After Berry went up for sale, but before she sold, Stu’s trainer reached out to me and said someone was interested in buying Stu. They had come to her barn to look at another horse, but they loved Stu. They were dressage people from Wellington, FL.

I honestly could not wrap my head around this. Stu is at a western barn, in very rural Virginia, far far away from any people I would think would be interested in him. It was the most random thing that could happen.

But, I threw out a number for them. And then I added $10k to that number.

They flew their vet up and checked him out. They didn’t find anything wrong with him, I really don’t know what happened after that, but they did not buy him, they brought the original horse they were looking at.

I had mixed feelings about him selling. It would be awesome to have that money. I could buy another foal and raise it, and then I’d be able to ride when my kids are older. But, deep down, I knew if he sold, the chances of me buying another horse are pretty slim. It already feels like he’s my final horse, there won’t be any other horses. It’s impossible to know how I’m going to feel years from now, but it felt like I’d be closing that chapter of my life. Like, wow, how fun it’s been to have horses for nearly my entire life, but now it’s time to grow up and not have horses anymore. You’re a mature adult now, horses are for children.

But why? Why is this the end of horses? Why does having children mean that suddenly I have no personal identity? Why am I not allowed to have hobbies? Why am I the one who gives up such a huge part of myself for others? I spent years and years dedicated to this, and now it’s just over? What about all my dreams and goals? What about me??

And then the shame comes in. How dare I be so selfish. Those children are relying on me, and they didn’t ask to come into this world. They need their mother. They need to be loved. How dare I.

Stu is over an hour away, so I don’t see him very much. The last time I saw him was over a year ago. I decided to make the effort to get out to see him, to get clarity on my feelings. Maybe I’ll see him and feel nothing, and then I can let go, accept that part of my life is over for now, and just focus on the millions of other things begging for my attention.

My mother in law came to visit, so I left the kids with her. I made the long drive, and was amazed seeing him again in person. Holy cow he’s big. Like, huge. No idea what he sticks at, but it’s at least 17hh. Stu’s trainer rode him first. He seemed a bit forward, which I wasn’t expecting, he’d always been a turtle. He hadn’t been ridden in a week, and the cooler air was making him fresh. The energy died in about three minutes.

I can’t get the video to imbed, but here is Stu in action: https://www.youtube.com/shorts/IJpOHuLG0cU

I watched him, marveling at his beauty, and then it was my turn.

I was so nervous climbing up the block. I knew the best thing to do was to keep going, mask the fear. I quickly pulled myself on him, and instantly felt at ease. Despite just standing there, I felt so safe. He wasn’t going to run off and kill me.

We moved out. It seriously felt like a dream. We trotted around, and then moved into his canter. I have never loved a horse’s canter more. It was so balanced and smooth… I can’t see why people seek out warmbloods, because it was thrilling. I felt like I could take on the world.

He was a total kick ride, I wasn’t used to the western tack, and steering wasn’t the best, but I felt completely at ease on him. Total dream horse.

My legs were sore when I got off. It was the best feeling.

I was on cloud nine the rest of the day. I couldn’t give him up, I needed that in my life. He was the horse I’ve always dreamed about.

I’m bringing him back up here in October. My trainer has a spot opening at her barn, and he’s going there. I can’t bring him home because he kept jumping the fence before, and he’s still too young and spry to not keep jumping the fence. So he’ll go to my trainer’s so I can really focus on training him, instead of spending my time chasing him down in my neighbor’s field.

How am I going to make this work? I honestly have no idea. I have a lot going on – my kids, I have my own business, and I’m trying to lose baby weight still so I’m going to the gym multiple times a week. It sounds like just three things, but these are all very consuming things. The saving grace is that my twins are getting older, and they really do get easier. It kind of feels like I’m finally waking up from a baby coma I’ve been in, marveling at how much time as passed since my difficult pregnancy and all through the newborn months.

But while I don’t know how, I know I’m going to figure this out. Women shouldn’t have to choose between children and their own passions. They shouldn’t have to give up themselves for others. Sure, there’s going to be a little bit of give, but they shouldn’t lose their whole identity. We can do this – we can be good parents, good at our jobs, and keep ourselves. You can call it self love, or self care, or whatever, I don’t care for those terms, but it’s time we need for ourselves to function.

It’s kind of amazing – a few months ago, I was thinking it was time to let this blog die, and just let the url expire next time it came up. But now I feel renewed. I love talking about horses, and I love writing. I’m going to be around, talking about horses, parenting, and keeping our lives together as busy adults. It’s not just about being an equestrian, it’s An Equestrian Life, as my title say. So this will be my blog of making my life about being an equestrian. If you’re feeling the same way, like you lost your identity, I hope you’ll stick around. We can figure this out.