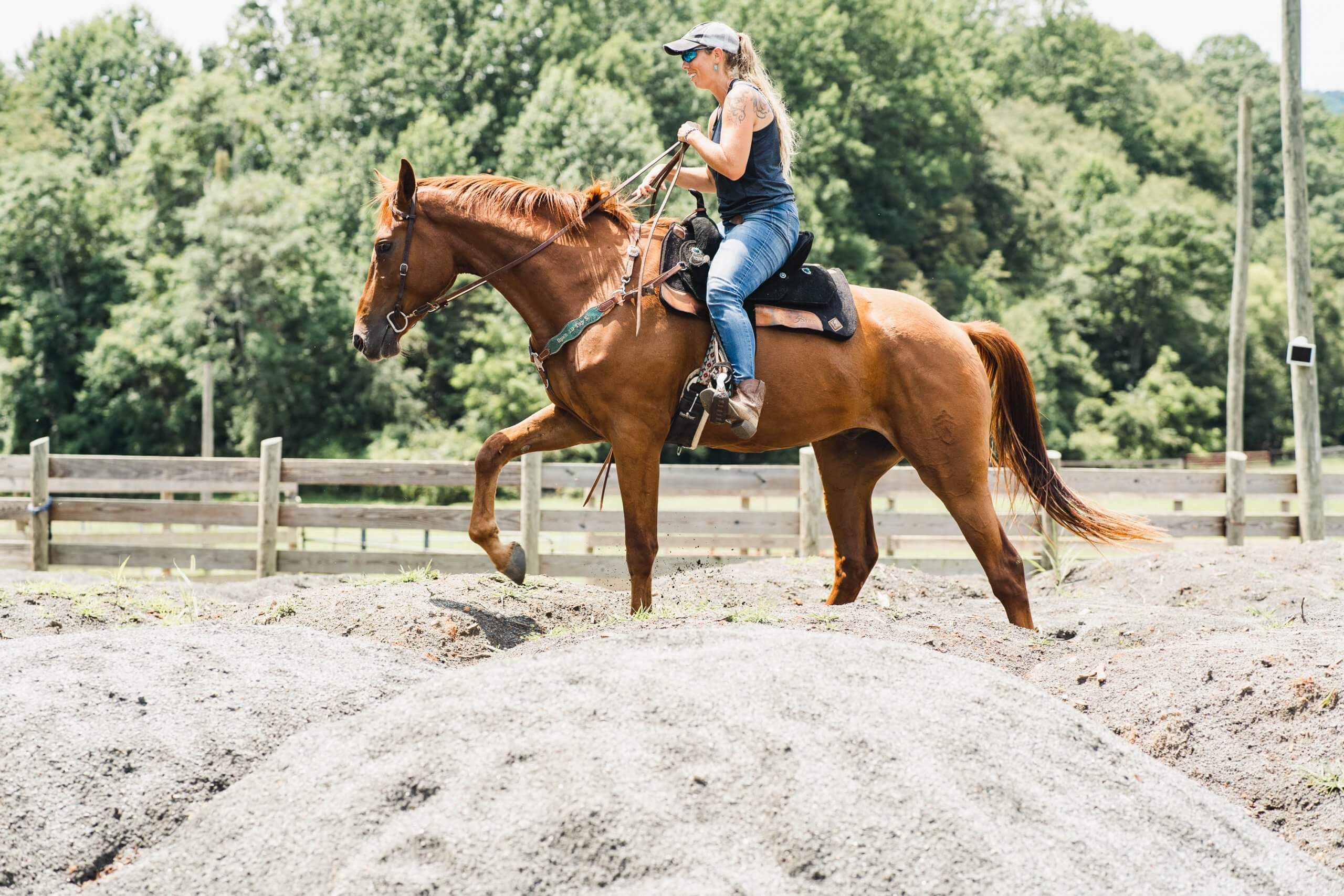 It may surprise a few horse lovers to know that I have only visited Stu one time since he went to training – about two weeks after I sent him there. Life gets pretty busy, that’s all I can say.

Luckily he has been in good hands, and I haven’t worried about him at all. I have been wanting to see him though, so when my baby took a little weekend trip with daddy, I went to go visit him.

I was in shock when he came out of his stall. I can’t see over the top of him, his shoulder is just massive, and he’s just BIG.

We later measured him (with the tape, so not completely accurate) and it was a little over 16.3. I know it’s not huge for all of you hunter/jumpers, but my horses at home top out at 15.1, so I’m not used to having such a big horse. He was much smaller when he left, probably 16.1, and definitely not as beefy.

Kim, his trainer rode him for me. I am dying to ride him myself, but I cannot ride currently due to health reasons, which I’ll get into in another post. She rode him around the arena, and then showed me his happy place, out in the field, jumping logs. The man loves being out in the field. His jumping form looks pretty lackluster, but his attitude is right. Hopefully in time, he’ll get better.

Poor Kim ended up getting a horn to the gut though.

He’s a much bigger fan of the field than the ring. He doesn’t seem to understand the point of riding in the arena. Kim has nicknamed him Turtle, as he is incredibly slow and unenthused. Yet another thing that I’m hoping will improve with time.

I would like to see him jump in the arena, to see if he becomes enthused about that, but we can’t use normal jumps with him yet. He’s so lazy, Kim doesn’t think he’d pick up his feet, and he’d just plow right through them. The hefty logs are much better for encouraging the feet.

Overall, I’m very happy with him being there. It’s a perfect situation for him until I’m ready for him. I think he’s happy, too. But he still hasn’t learned not to go over the fence… apparently a top board in his field fell, and he just popped on over it to go visit the next field, where two stallions live.

Not entirely sure how long he was out there, but when they were bringing in the horses, Stu was no where to be found. Eventually, they found him eating the stallions’ hay, just hanging out with them. They are a pretty mellow bunch. They led him back to the fence “hole,” he carefully stepped over it, and then bolted away.

So, doesn’t look like his escaping days are behind him. Maybe that’s another thing that will get better with time.