Time for the weekend recap!

Saturday was gorgeous, I just wish it didn’t mean that winter is coming.

We went to visit a relatively new winery near us.

But Sunday was the really good part. I took Berry to a poker run, and it was so much fun! It was hosted by Sandstone Farm in Millwood, VA, and they did an excellent job running it. Super friendly, and very relaxed. I want to start attending their hunter shows, so I find this a very good sign. They also took some pictures of us riding across the finish line, so I’m hoping eventually I will see them.  I feel super silly saying this, but I have a Go-Pro, and I didn’t bring it. I need to figure out how to attach it, because it would have been fantastic to replay.

When I woke up Sunday, it was wet and cold. I was really afraid that it would be canceled, and I was considering not going, but I had made a commitment to my teammate, and I had to see it through. Even though it was raining and all I wanted to do was go back to bed, I packed up my stuff, packed up Berry, and off we went.

There were set times for us to head out on the trail, but luckily they didn’t really follow them, since Berry rolled in the hour that she was out after breakfast, and was covered with mud. It was embarrassing. I’m sure all the other riders there were judging me, looking down on me from their clean, mud-free horses. Wah aha, I was once like you!

After scraping Berry mostly clean (I’m a quitter, I’ll admit it), we headed over to the start gate. Berry was dancing around, super excited/scared of this new location. Normally when she acts like this, I put her on the lounge line, but I didn’t feel like this was an option. I just kept walking circles, while we waited to go. My teammate’s horse was also a welcome presence, as she seemed pretty calm, and just stood there, only mildly interested in her surroundings.

They started our countdown, and we got ready to go. This is the first time I’ve been in any kind of event with a countdown, so that was really getting my adrenaline going.

The counter reached zero, and we set off! … at a brisk trot. Once Berry actually started moving, she didn’t actually seem motivated to go very fast, which was a theme repeated the whole ride. I can see why she didn’t make it as a race horse, because she has no need for speed what so ever.

The rain had stopped by then (thank goodness!), but we were cautious to look for mud. We mostly trotted through the woods, passing by lots of other competitors. The course seemed to be part maze, or they were testing our navigational abilities, because it did get a little confusing in there. We stopped a couple time to discuss the route with other riders, and we seemed to get it mostly figured out. There was no blair witch on horses re-creation, so that’s a plus.

We were part of the non-riding group, but there were a lot of log jumps in the woods. If I was more confident, I would have been taking on those jumps. They looked really inviting, but I just don’t trust Berry to actually jump. In a couple of places we had to cross single, large logs, and I half expected her to jump those. But no, she quietly stepped over them, or in one case, trotted over it like it was a ground pole. I suppose I should be happy she’s not trying to spring over them… or does that indicate she hates jumping!? Agh! Why do you send me these mixed messages Berry?! (It’s okay, we will have a long talk about our relationship at lessons.)

19 minutes in, we found the first poker cards. My friend had a wrist timer, which I wouldn’t have thought I wanted before, but now I want one. It was pretty handy!

After becoming confused again about the route, we decided the best option was to go down a path we hadn’t gone before. We continued on at a steady trot. The ground was wet, and Berry’s trot was perfect. I may make fun of her for all sorts of things, but her trot was steady, calm and comfortable even when my friend got really far ahead. Thus proving again the reasons she didn’t make it as a racehorse. She just did not care, as long as she was trotting. A few things scared her, like the trail markers in the beginning of the ride, and the roots of fallen trees, but she got over it pretty fast. She will be a good trail horse once day!

Eventually, we got to the open fields. They were more challenging than the woods.

We had to navigate three different gates, several different times, and this proved to be our Achilles heel. Who knew that opening a gate would be so dang hard?! Berry had been okay trotting, but now that I wanted her to stand to get the gate, she couldn’t do it. I think she was also really confused as to why I would want her to go stand next to a fence. She was probably thinking to herself “I can’t go any further, why is she still pushing me further?”

So we took turns getting off. I got off first, and then my friend got off, and after remounting and realized our number fell, so she had to get back off and get it. We did manage some successful gate opening/closing later though, but we are clearly going to have to practice. Also, I am super jealous of the riders that jumped the huge coops instead of opening the gate. It makes so much more sense! Perhaps this is another thing lessons will sort out.

When we went into the field, Berry got excited. She saw cows, although she didn’t react badly to them at first. We trotted/cantered through the fields, and she was fine, as long as we kept moving. Standing at gates was making her crazy. But to pat myself on the back, I didn’t get freaked out like I have in the past. I felt very secure in the saddle, even if she was prancing and carrying on.

We crossed over a stream. I haven’t had good results with stream crossings in the past, so I was really glad that my friend’s horse didn’t care. She paused the first time, but since we ended up crossing the same stream four times, by the end, neither horse cared. Berry even strolled past my friend to cross the stream.

Of course, the reason we had to cross the stream so many times is because we initially went over it to collect our poker cards from site 2, and then we just headed back across the stream. Luckily we ran into another group who said they heard a rumor that site 3 was also on the other side of the stream. So we went back, crossing the stream again, and got the remaining cards.

Before we crossed back a second time, we were one hour in. I had seriously thought that since I can do a 5k in 40 minutes or so, doing a little longer riding equivalent shouldn’t be that long! Apparently, I was wrong.

After collecting the cards, we were essentially headed home, but on a different path. And this is when Berry spotted The Cows.

They were mostly hanging out together under some trees, but there was one cow who must have been interested in all the horses going by. He/she/it stood at the fence line staring at Berry mildly.

Berry must have seen a murderous demon creature though, because she slammed on the breaks and refused to budge. My friend was still cantering away, and Berry was just completely transfixed on the cow. Eventually my friend came back and tried to lead her, but Berry wasn’t having any of that either. She literally would not move a single hoof.

I had to get off and lead her. I suppose I am enough of a leader that she trusted me to go past the cows, but she did the horse equivalent of squishing herself small and trying to hide behind my arm, while still keeping an eye on the cow. I felt almost bad shoving her off of me, she was clearly so afraid. But she braved through it, so I should be proud of her.

We made it back with no further incidents, just the same lovely trot through the woods. We finally made it back with a time of 1 hour, 40 minutes. The winning time ended up being 1 hour, 23 minutes, so I guess we shouldn’t feel too much like slow pokes! Only somewhat!

Upon arrival back to the trailer, Berry once again spotted her new nemesis, The Cow

They were probably a half mile away, barely visible as anything other than black specs, but she could not look away. I had to drag her away to get her cleaned up. She started making those honking snorts too, probably just to draw attention and embarrass me further! I don’t know how she had any energy left after that ride, but I guess that’s a good thing?

Our poker hand ended up being a pair of 8’s. But we still won Sandstone Farm t-shirts for being the team with the pintaloosa, a category they literally created when my friend informed them that’s what she rode today while they were handing out awards. Hurrah for us!

I guess it’s late in the season now, as I can’t find anymore, but we decided that next year, we are going to do the local hunt series of hunter paces, all 6 of them. We will train harder for them, and get our horses (and ourselves) as fit as possible. We had so much fun, I don’t know how I never went on one of these earlier. The only thing that would have made this better is doing the jumping course, and I’m hoping by next year, I’ll have that down too! 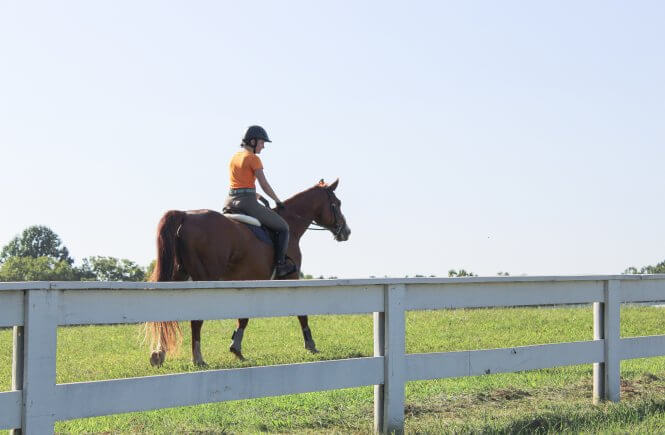 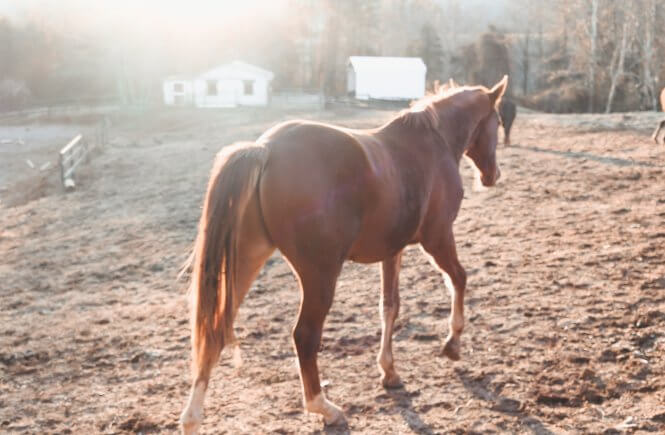 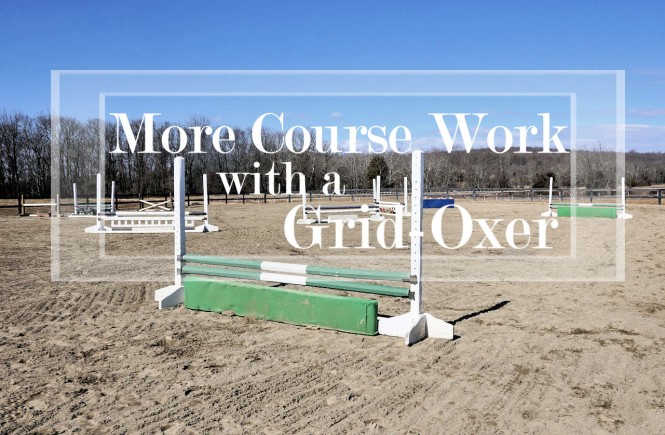